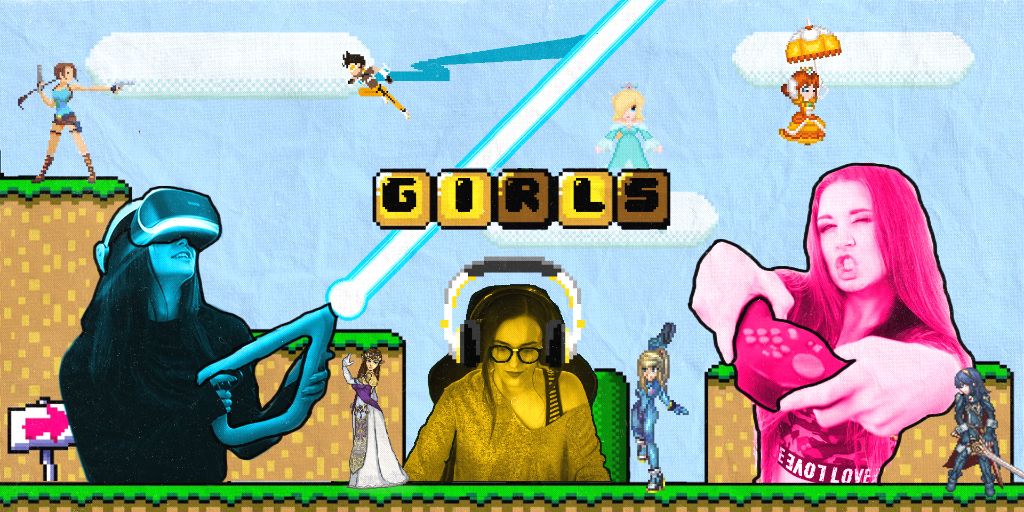 The gaming industry has long been male-dominated, but women have slowly begun gaining more representation in the industry over the past few decades.

Shining a light on this representation will hopefully inspire the next generation of game developers, gaming executives, and esports players. As the industry becomes more diverse, gaming will become better as a whole, for a variety of reasons. For starters, developers will have more diverse backgrounds, leading to more unique characters and storylines in games, and esports will become more inclusive and welcoming to women.

Now let's kick this off with one of the most popular esports players in the world...

Scarlett is the highest paid female esports player in the world. She’s played in 190 tournaments since 2011 and has earned an impressive $356,955 over the past 8 years.

Scarlett has mainly played Starcraft 2 throughout her career. Last year, she was the first woman ever to win a major Starcraft 2 tournament. Unsurprisingly, she’s ranked 10th in the 2019 StarCraft II World Championship Series Circuit.

Michele Morrow is one of the most talented on-air hosts in the gaming industry. She’s hosted BlizzCon, ELEAGUE on TBS, and Estream on Bleacher Report. She even developed her own gaming comedy series for YouTube Red called Good Game, which she also starred in as a fictional video game reporter.

As one of the faces of esports, she has her finger on the pulse of the industry. Last year, she provided insight on how tough it can be to succeed as a female esports player. She told Syfy, “I think Geguri [Kim Se-yeon] is an important example in the space to see somebody who has worked her ass off and done it with tons of people harassing her all at once. So not only do you have to be a pro and be really good at your job, but you also have to be able to avoid a ton of harassment, not just the regular harassment that you get as a pro player, but the additional harassment because of your gender or because of your race or because of your sexual orientation. But it’s getting way, way better than it was. I’m not going to pretend like it’s fixed, but it’s on the way.”

Frankly, it's depressing and sad to hear about the harassment faced by female esports players, but hopefully Morrow is right when she says that it's getting better.

Shimomura is one of the most talented video game composers of all-time. If you’ve played any of the Kingdom Hearts games, you’ve heard her unforgettable signature sound. She’s known for her beautiful piano compositions, which have provided the perfect soundscapes for countless games. Prior to working on Kingdom Hearts, she worked with Capcom on games like Street Fighter 2 and Final Fight. Recently, she worked on two of the most notable releases of the late 2010s: Final Fantasy XV and Super Smash Bros Ultimate. She's currently working on Streets of Rage 4, which is slated to come out in 2020.

Lucy Bradshaw was the general manager and senior vice president of Maxis Studios when the gaming company developed Sim City, The Sims, and Spore. The Sims has sold more than 200 million copies, becoming one of the most popular gaming franchises of all-time.

These days, Gorman is the CEO of Fort Mason Games. With Fort Mason Games, she's hoping to create more opportunities for women in the gaming industry. Also, the company is focused on creating AI-based games that will help people alleviate stress. It'll be interesting to follow Fort Mason Games over the next few years as Gorman pushes towards achieving her goals.

Kim Phan spent more than a decade working at the gaming powerhouse Blizzard. She worked in software development and business intelligence before transitioning into the company’s esports division. As the director of esports, she ran the global programs for Hearthstone, World of Warcraft, Heroes of the Storm, and Starcraft II.

After three years as Blizzard’s esports director, Phan moved on to the agency 160over90, where she works on gaming and esports marketing strategy for a major (unnamed) client.

Kim Swift made a huge splash on the gaming scene when she designed Portal back in 2007. Many gaming publications and critics viewed Portal as the best game of the year. Since Portal’s release, Swift has worked on Left 4 Dead, Left 4 Dead 2, and Star Wars Battlefront II.

In addition to being an awesome designer, Swift realized the importance of representation in gaming at a young age. In a 2013 blog post, she wrote, “I was one of those kids that dreamed of making video games one day. When I looked at the gaming landscape and browsed through Nintendo Power, I didn’t see a person with two X chromosomes that I could point and go ‘Yes, if she did it, so can I!’ Thankfully, I lucked out with some insanely supportive parents, but without that I doubt that I would be making games right now. And so, when I blather endlessly about a game I’m working on until my eyes bleed, in the back of my head, I hope that there’s a little girl out there that realizes her dreams are achievable."

Laila Shabir is the founder of Girls Make Games, which is a series of summer camps and workshops designed to introduce girls to the world of video games, coding, and game development. At Girls Make Games, girls learn about the basics of game development and work in teams to make their own games. At the end of the summer, teams pitch their games to industry leaders in the Bay Area with the goal of getting funding to develop their games.

Shabir told IGN, “It’s more than a coding summer camp. It’s a place where girls are no longer the exception, a sore thumb in a group of boys. They are the norm.”

Shabir is also the CEO of LearnDistrict (the parent company of Girls Make Games). LearnDistrict is focused on making learning more accessible through video games and game-making programs.

Amy Hennig might be best known as the writer and director of Uncharted: Drake's Fortune, Uncharted 2: Among Thieves, Uncharted 3: Drake's Deception, and Uncharted: Golden Abyss. Hennig's been in the gaming industry for a long time—three decades to be exact.

Hennig has long been viewed as a role model for women in the gaming industry. Her ability to create beautiful single-player games with movie-quality storylines is unparalleled. She's clearly one of the most talented creative directors/writers in gaming.

Now we'll wrap up this list with another gaming legend: Jade Raymond. In 2004, she started working at Ubisoft Montreal and helped create the first game in the Assassin's Creed series. After that, she was the executive producer for a number of Ubisoft hit games, including Assassin's Creed II, Assassin's Creed: Bloodlines, Tom Clancy's Splinter Cell: Blacklist, and Watch Dogs. In 2010, as a result of her success, Ubisoft named Raymond the head of their new Ubisoft Toronto studio.

Currently, Raymond is a VP at Google. She's in charge of Google's Stadia Games and Entertainment, which is developing games for the recently released Google Stadia cloud gaming service.