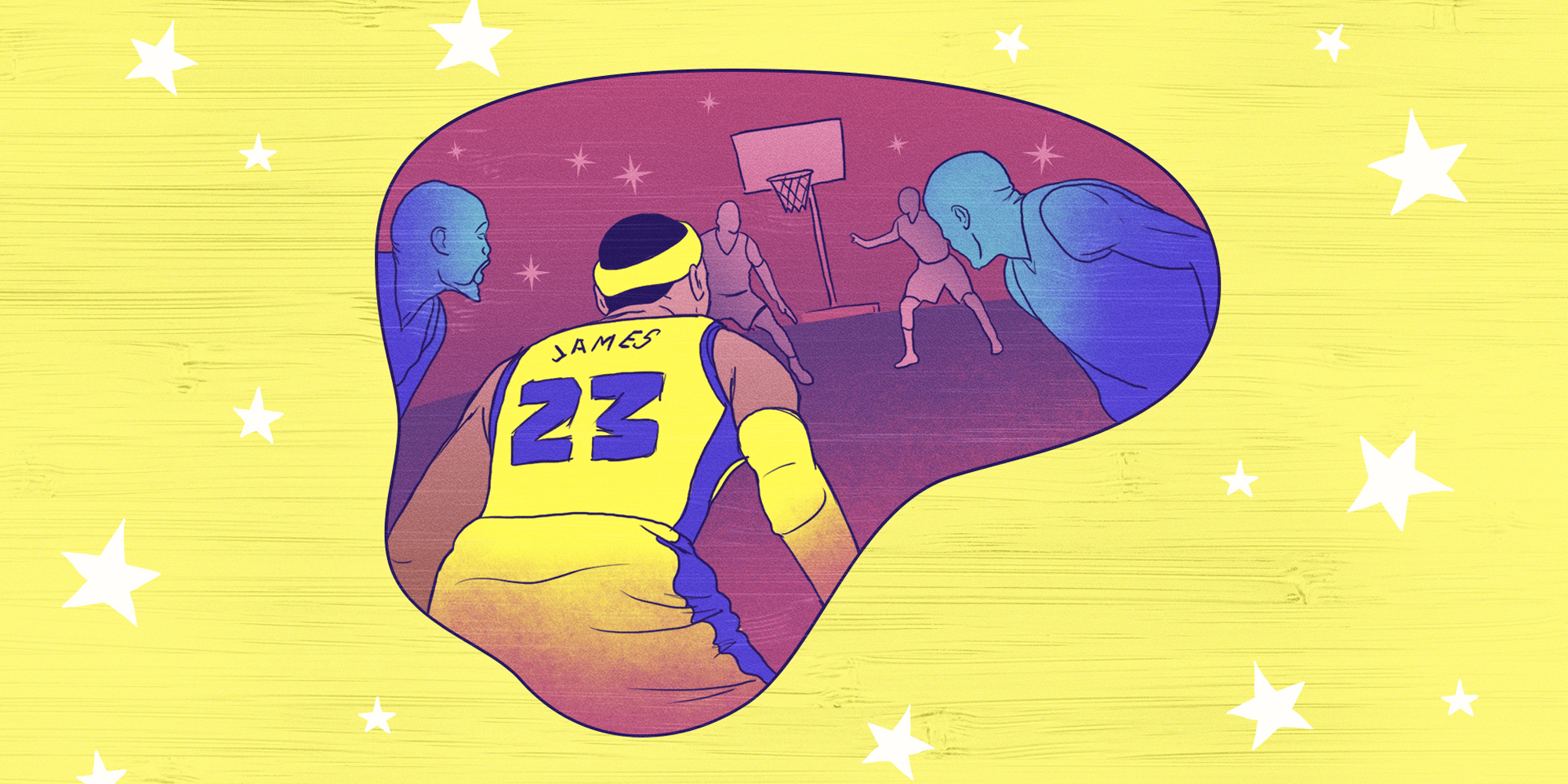 Ed. note: This is the first of a series examining NBA trends in the last decade.

The year 2010 ushered in the decade of the superteam. Starting with LeBron James and the Miami Heat, a fascination with star-studded, supercharged dominance came to influence NBA rosters as never before. Over the next decade, various imitators tried to capture the James magic. Some failed spectacularly. Some succeeded wildly—either way, the 2010s were Peak Superteam.

LeBron James may have started it all in 2010, but to really explain the present-day monster team moment, we have to start in the summer of 2007.

2007: Celtics stifle LeBron not once, but twice

LeBron James vanquished his old nemeses the Detroit Pistons, but in doing so he inadvertently exposed his Cleveland Cavaliers as a one-man team. Even a young James couldn’t beat Tim Duncan and the San Antonio Spurs—but a sleeping giant in the East took notice. In 2007, the Celtics signed two major deals that would, in a roundabout way, shape James’s career and the entire 2010s for the NBA.

That year, Danny Ainge created the first modern superteam by acquiring Ray Allen from the Seattle Supersonics (RIP) and Kevin Garnett from the Minnesota Timberwolves, joining two new All-Stars with the Celtics’ own All-Star, Paul Pierce. The trio brought home a championship in 2008, validating Ainge’s investment and creating an early superteam blueprint.

In 2010, LeBron and the Cavaliers had the best record in the League, but the super-Celtics stifled Lebron’s one-man show. James took criticism for “checking out” in Game 5 of that series. And so, just over a month later, the Cavs star changed the NBA as we knew it by “taking his talents to South Beach.”

2010: The Decision, Miami, and how free agency changed forever

LeBron James’ decision went down as one of the most bizarre—and controversial—moments of his career. Sure, he raised money for the Boys and Girls Club of America by airing his announcement on ESPN. But he took a beating in sports media for the decision itself, his timing, and the way he handled his free agency. Public opinion on James, which had been overwhelmingly positive, flipped.

After the dust settled, the announcement would come to have a lasting impact on not just NBA players, but all athletes, across all sports. By breaking his own news, James controlled his narrative, a practice which by the end of the decade was seen as not just acceptable, but ideal. Today’s sports media gives players' voices much more weight than at the beginning of the decade.

But the biggest legacy of the decision was a long line of copycats. Plenty of other teams started to want what the Miami Heat had when they put LeBron James together with Chris Bosh and Dwyane Wade. That team and its many imitators would come to define a decade of basketball.

LeBron James’ stint with the Miami Heat wasn’t perfect. They won two championships, but James’ tenure was bookended with losses in the NBA Finals. It certainly wasn’t a failure, however. That label belongs to...

The 2012-13 Los Angeles Lakers were the most famous failed superteam of the decade. Only two years removed from winning an NBA Championship, the Lakers added Dwight Howard in a four-team mega-deal while also acquiring two-time MVP Steve Nash. Their cover of Sports Illustrated bore an ominous headline: “This Is Going To Be Fun.”

Narrator: It was not fun. Nash suffered a fractured knee joint in a collision with Damian Lillard in their first game together (even eight years later, Nash says his leg has never been the same). Howard, on the other hand, was recovering from back surgery and was no longer the Defensive Player of the Year candidate he had been in Orlando. And after heroic performances from Kobe Bryant to will the Lakers to the playoffs, Bryant tore his Achilles.

Other teams tried to enter into the “superteam” conversation. Derrick Rose’s 2016 statement that the New York Knicks could be a “superteam like the Warriors” did not prove true. But that’s only because the Warriors were...

2017: The Superteam to end all Superteams

The 2017 Golden State Warriors will likely go down as the most dominant playoff team of all time. While the 73-9 regular-season record in 2016 will always be remembered fondly, it’s also associated with LeBron James overcoming them, and a 3-1 deficit, to win the championship. But the Warriors made quick work of all those jokes the following year, putting together an incredible 16-1 playoff campaign.

Their lone loss was when they had a 3-0 lead against the Cavaliers in the Finals, and their total margin of victory for the 17 games of the playoffs was a whopping 230 points, meaning they beat their opponents by an unheard-of 14.3 points per game.

Could LeBron James have envisioned the 2017 Warriors when he made his fateful announcement in 2010? Probably not. But thanks to James, the superteam juggernaut shows no signs of slowing. While the NBA salary cap makes Big Threes (or Hampton Fives) all but impossible, the free agency moves of Kawhi Leonard, Kyrie Irving, and Kevin Durant prove that the game's best players will figure out a way to work together.

Check back soon for part two of the series—and tune in to the next decade of NBA action on DIRECTV.