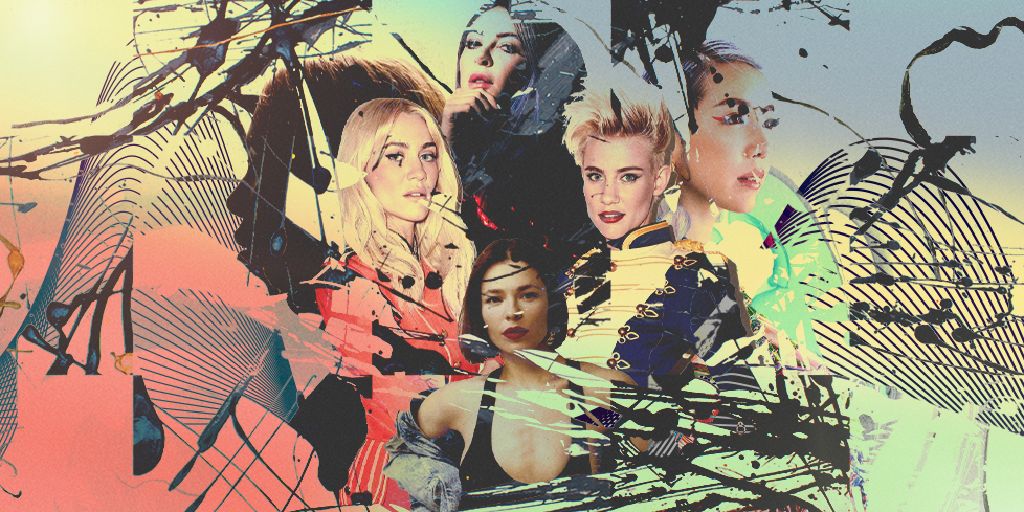 There’s an entire lineup of DJs who adopt genderless stage names, including the world-famous Skrillex, Marshmello, and deadmau5. But statistically speaking, behind each alias—or marshmallow mask—that DJ is probably a man and the 2019 Billboard Dance 100 list included only seven women.

Festival lineups—a major source of income and media attention for new acts—reveal a massive gender gap within the music industry. According to a recent Pitchfork report, just 25% of the artists booked across the summer’s biggest festivals in 2018 were women or groups with at least one female member. And it gets worse at electronic music festivals. Approximately 16% of headliners at Electric Zoo, Beyond Wonderland, and other festivals are women.

Of course, these numbers don’t reflect the many ridiculously talented female DJs ready (and waiting) to take the stage. Clubs around the world are full of women changing music history with a growing wave of support for stronger representation behind them.

Here are just five of the women DJs shaking up the scene today.

Not every DJ can say that they’ve performed on top of the Great Wall of China. But Kraviz, one of the best in the world and Mixmag’s 2018 DJ of the Year, is used to setting her own standards. Being a DJ wasn’t always the plan, though. Kraviz first worked as a dentist at a Moscow veterans’ hospital before breaking into the music industry through a Friday club residency. Since then, her raw, avant-garde style of techno has been in steady demand. She’s also founded two labels and collaborated with other musicians, such as St. Vincent.

To date, Wonderland is the highest-billed female DJ at Coachella, alongside DJ REZZ. An EDM producer, singer, and classically trained cellist, the Sydney native’s career has been exploding over the last couple of years. After being named Best New Artist at the inaugural Electronic Music Awards, Wonderland’s sophomore album "Awake" hit number one on Billboard's ​Top Dance/Electronic Albums chart. How do you celebrate success? With more success, of course. Wonderland soon took off on an intensive year of touring—including a 2019 headline show at Red Rocks that sold out in five minutes.

A favorite in the fashion world, Dijon has performed for the runway shows and after-parties of some of the industry’s most celebrated designers, including Rick Owens, Nicolas Ghesquière, and Riccardo Tisci. Growing up in Chicago in the 1970s, Dijon became an amateur DJ at a very early age, playing records for her parents’ parties in the family basement. Her career later took off (officially this time) when she moved to New York City in the 1990s. Today, she embraces many different types of music, including house, techno, and disco. Dijon excels in that skill that often eludes even the best DJ: reading the crowd.

If you watched Tokimonsta’s wildly energizing set at Coachella in 2016, you would never expect that she underwent brain surgery only four months prior. (Of course her doctor couldn't believe it either—the DJ didn’t exactly ask his permission to perform in front of the 20,000-person audience.) “If that was the last thing I could do before I died, I wanted to make sure I did it,” she later said. As a result of the surgeries to treat moyamoya, a disease caused by blocked arteries at the base of the brain, Tokimonsta briefly lost her language and comprehension skills, making it difficult to create music. 2019 marked her triumphant return medically and creatively. Her album "Lune Rouge" was nominated for the Grammy Award for Best Dance/Electronic Album.

This list wouldn’t be complete without Nervo, the queens of DJing. Twin sisters from Melbourne, the duo (Olivia and Miriam Nervo) is recognized as one of—if not the—most popular female acts in EDM. Having signed with Sony/ATV Music Publishing at just 18 years old, Nervo originally pursued a career in songwriting, including the Grammy Award-winning single “When Love Takes Over,” performed by Kelly Rowland and David Guetta. They also worked on records for artists such as Britney Spears, Miley Cyrus, and Kylie Minogue. Since their debut album "Collateral" topped the charts in 2015, they’ve been releasing a steady stream of hits.