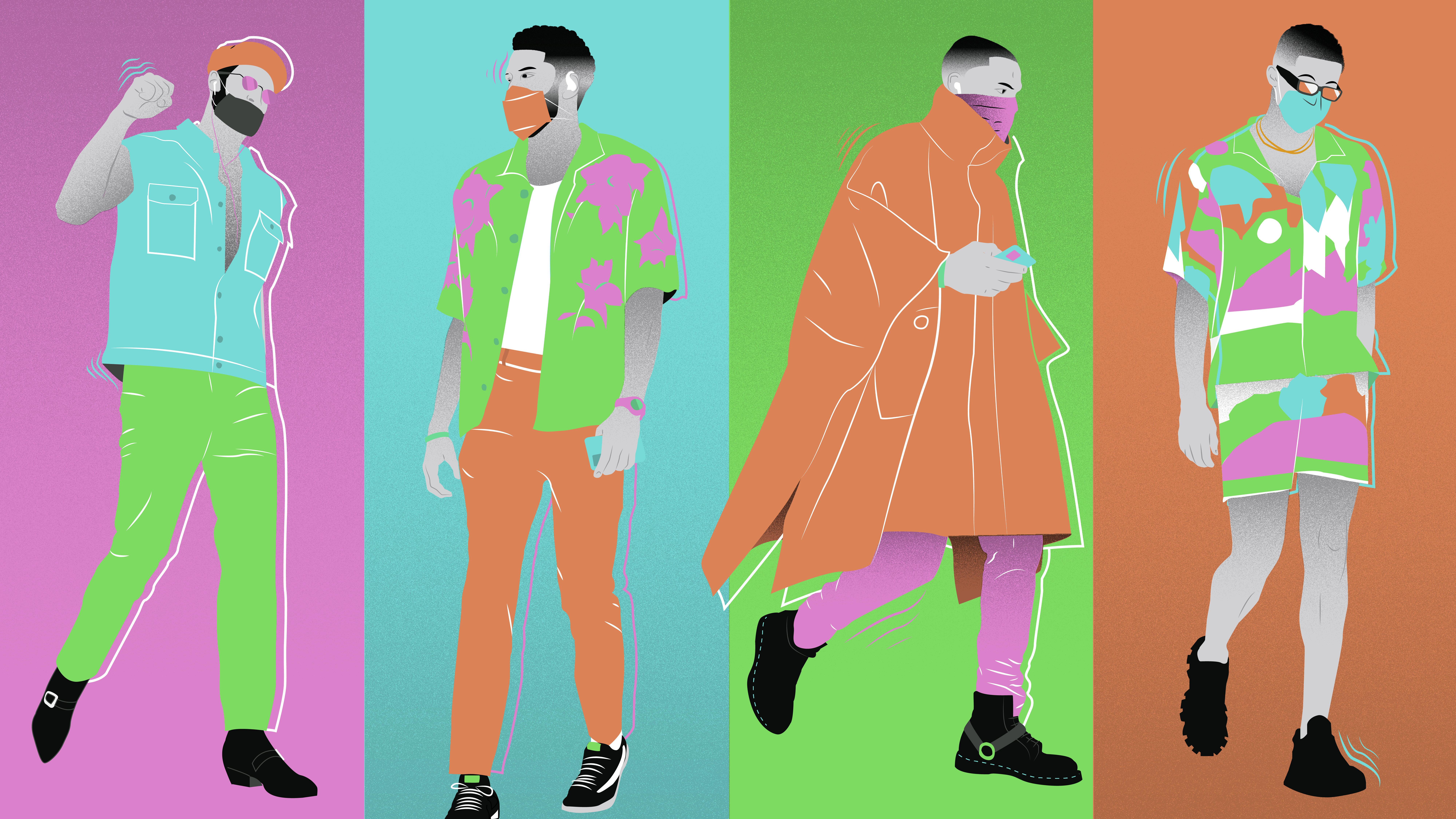 Another NBA season, another year of great fits; stadium tunnels in the NBA have become this generation's fashion runway for the aesthetically inclined basketball fan. And while some NBA players put as much thought into their outfits as Hollywood stars put into their red carpet looks, others keep stylists on their payroll to help keep them up-to-date with the latest fashion trends.

Well, this season was no different and introduced a brand-new accessory that wasn't a part of last season's pre-pandemic looks: the ever-present mask. In fact, some of this season's best fits included matching masks that helped tie everything together while keeping players safe.

Who can pull off a black leather vest, black leather pants, black leather boots, and black beret? The list starts and stops with Johnson. He's one of the most underrated players on the court and in the fashion game. Johnson should have been cast in "Judas and the Black Messiah" (snubbed as movie of the year, by the way) for this fit alone.

Oubre, AKA Tsunami Papi, made waves in the Bay Area this year with his high-flying play and trendsetting style. So when the Golden State Warriors traveled to New Orleans to play the Pelicans, the New Orleans native Oubre dug into his closet to represent his hometown with his vintage cutoff Essence Music Festival tee.

Vintage tees have been all the rage the past couple of years, and vintage concert tees from your hometown are considered holy grails by many people. The 2000 New Orleans Essence Music Festival tee is a real blast from the past, with headliners like D'Angelo, Mary J. Blige, Chaka Khan, Sisqó, and Run DMC. Any time Oubre digs into the vault, you know he's bound to pull out a treasure like this.

You barely ever see anyone rockin' a kimono in public in the United States, so it was a welcome sight to see Japanese player Hachimura wearing this kimono before a game. Hachimura looked so cool in the blue, pink, and white kimono over some cozy sweatpants and a black tee. It's a huge W any time you can make a fashion statement by wearing something unique to your culture.

Before every game this season, Ibaka looked like he was walking down the New York Fashion Week runway. Ibaka takes big swings with his fits, and he never misses. In the words of Ibaka, "I don't dress. I do art."

With that in mind, it makes sense that Ibaka's extra-tall dashiki and bucket hat may have been the most memorable fit of the season.

Tatum's game took a huge leap forward this year both on and off the court with his pregame fashion. Tatum's rocking one of the hottest sneaker releases in recent years here, the Jordan 1 Low Travis Scotts (currently reselling for over $1,000 on StockX).

The sneakers pair perfectly with a Valentino crocheted shirt (you don't want to know how much this retails for), and his Henry mask ties the whole outfit together.

Westbrook is the OG of this generation's NBA fashion game. When he first started turning heads with his style before games, he got laughed at and mocked by the media and fans. Unfortunately, that's par for the course for trendsetters. When you're different, people don't understand you, so they make jokes. Then your colleagues start following in your footsteps, and your style becomes the norm.

Well, it's not fair to say Westbrook's style is "normal" by any means because the triple-double machine still manages to blow people's minds with his unique fashion sense. This fit on anyone else would look like someone trying to imitate a Wild West villain. But on Westbrook, it looks so damn cool.

It's still a relatively bold look for a man to step out wearing pearls, but Kuz definitely pulled it off here. Kuz was rocking this fit when the Los Angeles Lakers played against the Heat in Miami, which makes sense because this look is perfect for South Beach.

Choosing this fit as Kuz's best of the year was really difficult, as there were so many different Kuz outfits we could choose. He's definitely the runner-up for MVP of the NBA Tunnel for 2020-2021.

Okay, this one's cheating because it has a bunch of different fits from Avdija. But we're putting a stake in the ground and claiming Avdija as this year's NBA Tunnel Rookie of the Year (closely followed by Tyrese Halliburton) because of how much heat he consistently brought to the pregame tunnel.

Clarkson is our pick for MVP of the NBA Tunnel for 2020-2021. Clarkson was on fire with his fits this season. His unprecedented run with his fits coincided with a huge season on the court as he took home the Sixth Man of the Year award.

Like Avdija above, we're showing off a bunch of Clarkson's fits this year because of how much heat he brought to the tunnel this season. Congrats, Jordan, you earned it!