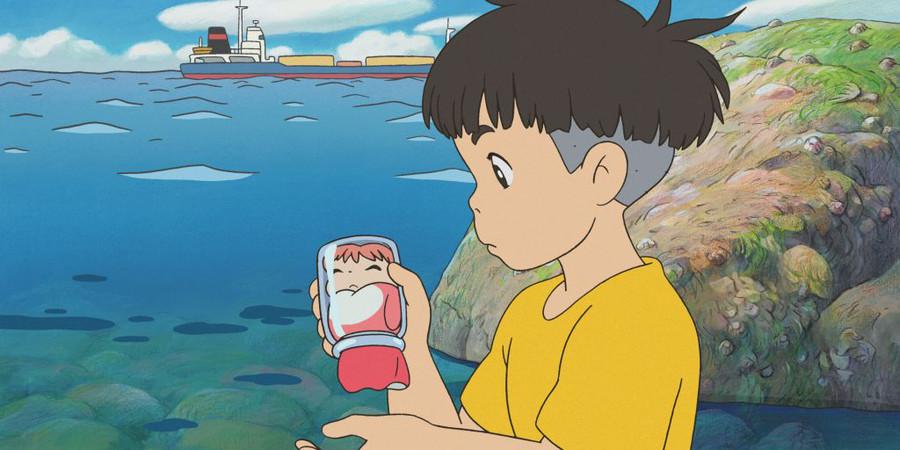 The poet Maya Angelou once said: "To grow up costs the earth, the earth. It means you take responsibility for the time you take up, for the space you occupy. It’s serious business. And you find out what it costs us to love and to lose, to dare and to fail. And maybe even more, to succeed."

That’s true in life, but it’s especially true in the films of Hayao Miyazaki. The legendary Japanese animator, screenwriter, and Studio Ghibli co-founder is responsible for some of the most imaginative, open-hearted films of the last few decades, among them “My Neighbor Totoro” (1988), “Princess Mononoke” (1997), and “Howl’s Moving Castle” (2004), to name a few. Throughout his work, Miyazaki returns to the same themes and imagery again and again: the persistence of nature, the beauty of flight, the food that nurtures us, and the role of spiritualism and magic in the seemingly mundane.

But perhaps Miyazaki’s most beloved subject is the art of growing up: how you do it, what it means, and why emotional maturity isn’t a given — even if getting older is. Over and over again, the filmmaker presents stories of heroes who are thrust into responsibility at a very young age and rise to the occasion in spite of overwhelming odds. But unlike many other child protagonists, the kids in Miyazaki films are just that: kids, with all the awkwardness and huge, inarticulate feelings that come with youth.

With almost every Studio Ghibli feature now available to stream on HBO Max, there’s never been a better time to revisit Miyazaki’s classics. We went back to three of the greats –– "Kiki’s Delivery Service" (1989), "Ponyo" (2008), and the Academy Award-winning "Spirited Away" (2001) — for life lessons on what it costs to grow up in a world in flux, and why it’s worth the effort.

Always Put in the Work

As steeped in the supernatural as Miyazaki’s films are, it’s clear that he finds just as much beauty in everyday chores. In “Spirited Away,” 10-year-old Chihiro (Daveigh Chase) is forced to take a job working at an otherworldly bathhouse after the witch Yubaba (Suzanne Pleshette) turns her parents into pigs. Chihiro balks at the responsibility at first but learns about herself by quite literally getting her hands dirty: carrying coal and purging the rot from a “stink spirit” who comes to the bathhouse. In “Kiki’s Delivery Service,” a young witch (Kirsten Dunst) leaves home at the age of 13 to discover her path in life, and winds up overwhelmed in the bustling city of Koriko. Though magic is innate in Kiki, where she ultimately grows is in doing effortful things: helping to stoke a fire, or wash a floor, or deliver an item to its rightful owner.

In Miyazaki’s worldview, love — whether it’s romantic, platonic, or familial — means little without a promise to fight for each other’s wellbeing. When Sosuke (Frankie Jonas) rescues a magical fish (Noah Cyrus) from certain doom in “Ponyo,” the bond between the two is immediate. “I saved her. She’s my responsibility now,” he tells his mom (Tina Fey), with all the earnest severity that a five-year-old can muster. As the boy from the land and the girl from the sea gravitate toward each other, Miyazaki makes it clear that their mutual affection comes with an obligation: Ponyo can only attain her wish of becoming human if Sosuke promises to always care for her.

At the start of “Kiki’s Delivery Service,” magic comes easily to Kiki. She can soar on her broomstick and talk to her feline familiar, Jiji (Phil Hartman), without any thought. But as she comes of age, doubting her purpose in the world and harboring her first romantic feelings for her friend Tombo (Matthew Lawrence), she loses her ability to fly, and Jiji’s words become inarticulate meows. What Kiki once could do by grace, she has to relearn through effort and intention. “We each need to find our own inspiration, Kiki. Sometimes it’s not easy,” her friend Ursula (Janeane Garofalo) counsels her. Kiki may no longer be able to speak the secret language of cats, but what she gains is far more valuable: self-knowledge, and a sense of her place in the world, which allow her to take flight once more.

Nothing is fixed in Miyazaki’s films; oceans rise, gods transform, and children, inexorably, grow up. In “Ponyo,” the underwater wizard Fujimoto (Liam Neeson) wants nothing more than to keep his daughter Ponyo from growing up and coming into her magical abilities, which he fears will upset the balance of the ocean and send the world into turmoil. He literally traps her in a bubble, demanding that she stop transforming into a human and revert to her fish form. “If you could only remain innocent and pure forever,” he laments. But his daughter’s magic — and her desire to join Sosuke on land — are ultimately too powerful for his efforts to curb her, and Fujimoto learns that the best thing he can do for Ponyo is to let her evolve and leave the nest.

No One Is Alone

As much as the kids in Miyazaki movies are forced to do on their own, they ultimately learn to rely on the community around them as a safety net. In “Spirited Away,” Chihiro gets back the love she puts out into the world, from the bathhouse staff who rally to help her escape Yubaba’s clutches and from Haku (Jason Marsden), the wayward spirit boy who takes her under his wing. In “Kiki’s Delivery Service,” Kiki is so focused on how she can be useful to her adopted city that she almost doesn’t notice how much the townspeople have come to care for her. But they all rally to help her when she’s down and out; and perhaps the biggest lesson that Kiki (and all of us) have to learn is that it’s more than okay to ask for help sometimes.