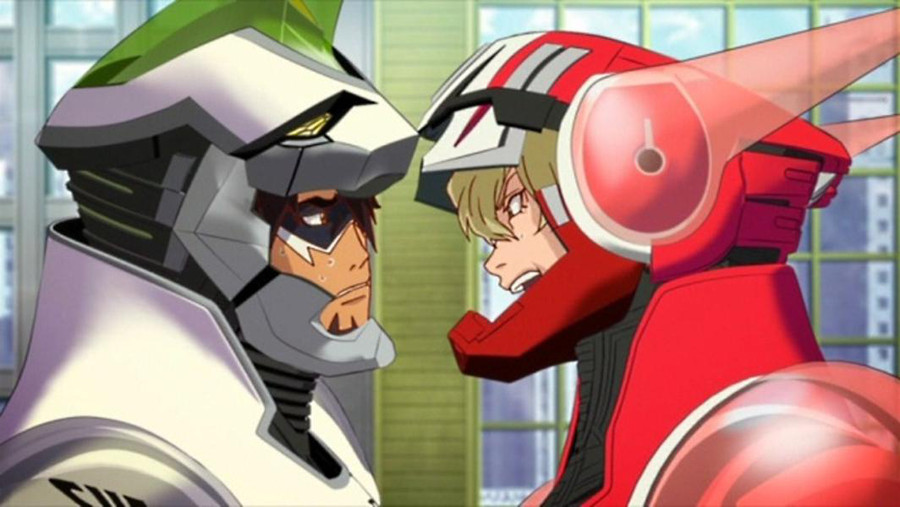 Stay tuned for my picks for the five best shows each year from 2010 to 2019, plus the runner-ups I couldn’t resist giving a mention!

The decade kicked off with a love story reminiscent of an earlier time. Misaki is the perfect student, and a tyrannically stringent class president to boot. But what her classmates don’t know is that she’s struggling to get by. What’s more, she spends afternoons donning the frilly apron of a maid cafe waitress to make ends meet — even though the school forbids students from working. Things go topsy-turvy when the most handsome boy in school discovers Misaki’s secret. Clever comedy with snappy delivery keeps this show sharp even 10 years later.

This urban fantasy allows its colorful ensemble cast to drive the plot. Set in the hustle and bustle of Ikebukuro, painfully human characters mingle with a phantasm straight out of Irish mythology (she’s a headless horsewoman … er, headless bike courier). Characters range from a black-market doctor to an immigrant sushi chef, and the tangled web of their relationships propels the plot through everything from gang warfare to a cursed blade. With one of the largest casts I’ve ever seen in a show, all introduced at once, it’s a wild ride with something for everyone.

Tsukimi’s mom told her that girls grow up to be princesses, so why did she become a nerdy shut-in with a jellyfish obsession? She’s even more confused when she meets a beautiful woman who perfectly fits the role her mother envisioned for her — and she turns out to be a he. Part coming-of-age story, part Project Runway design challenge, this sweet romantic comedy explores gender identity in a way that still feels observant and fresh.

Our dissatisfied, nameless protagonist lives a small and spiteful life at university, all the while wondering what might have been if he had chosen another path. This parallel-universe story is given a textured brilliance through Masaki Yuasa’s stylized direction. With thoughtful wordplay and deep insight into the human condition, this bildungsroman bridges fantasy and reality with a cast of characters just on the other side of absurd. But the setting, firmly rooted in modern Kyoto, reminds us that this fairytale-like plot has a moral deeply applicable to our own lives.

The World God Only Knows — Crunchyroll

This proto-isekai (aka “another world”) show stars a dating sim pro so talented, the Underworld wants his assistance. A demon named Elsie wants Keima to use his gaming prowess to hunt down evil spirits possessing cute girls. What makes this show a standout of its genre is Keima’s individuality; he’s not a viewer stand-in, but an interesting and flawed character in his own right. Sharp production values and creative character design make this show a visual and audio treat.

Anohana: The Flower We Saw That Day — Crunchyroll, Netflix

This achingly emotional show tells the story of a group of friends torn apart by grief. They lose touch after a childhood accident leaves one of them dead, but reluctantly reunite to solve a mystery concerning their lost friend. The story that put screenwriter Mari Okada on the map, Anohana is a moving journey about the ties that bind, even beyond the grave, that will leave you misty-eyed.

At school, Chihaya’s nickname is “Beauty in Vain.” Oblivious of her supermodel good looks, she instead spends all her time playing the traditional Japanese poetry game, karuta. Even Western viewers will quickly become invested in the fast-paced drama of competitive karuta. Now, after a five-year wait, we can send off the decade with the show’s finally airing third season!

Absurdities abound in this bizarre slice of life comedy. Ostensibly about three high school girls, it’s a wild ride through extraordinary events in ordinary settings. From a pint-sized professor and the robot caretaker she surreptitiously designed to store snacks, to a handsome upperclassman who rides a goat to school, our protagonists encounter one odd situation after another through a series of comedic sketches. But no matter how off the wall the story gets, its dedication to the realistically awkward teen girls who must navigate it gives it heart.

In a world where superheroes shill for brands while they save the world, caped crusaders double as celebrities vying for the spotlight. But this reality TV environment is about to get shaken up by an odd-couple new team-up — down-on-his-luck single dad Kotetsu Kaburagi and the young, highly pedigreed Barnaby Brooks, Jr. This love letter to the superhero genre is a refreshing break from the decade’s grittier superhero franchise, The Avengers.

A breakout show in the transgender-drama genre. Delicate, watercolor-like art provides a gentle backdrop for the bittersweet story of two elementary school students beginning to question their gender. Treated with empathy and kindness, this story focuses on the struggles of growing up in a way anyone can identify with, helping a wider audience relate to the transgender experience. At the same time, it’s far from a lecture; its focus on characters keeps it as entertaining as it is enlightening.

This article was written by Lauren Orsini from Forbes and was legally licensed through the NewsCred publisher network. Please direct all licensing questions to legal@newscred.com.