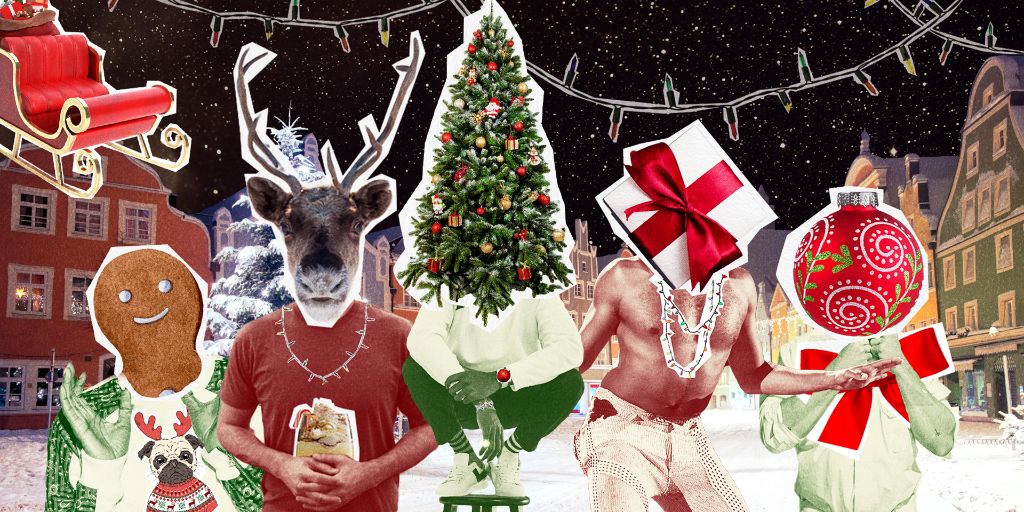 The holiday season is upon us, and it's time to get into the spirit with some hip hop! Our list of the best hip hop holiday songs includes tracks from the 1980s, 1990s, and 2010s. We even included a Korean track, courtesy of today's biggest boy band, BTS.

Let's kick this off with what might be the most popular Christmas hip hop song of all-time:

Run-DMC put their neighborhood (Hollis, Queens) on the map with this Christmas classic. The most memorable part of the track is when Rev Run receives the best Christmas present ever: Santa's wallet with $1 million in it.

This Christmas classic was featured on two different albums in the early 1990s: the Home Alone 2 soundtrack and the La Face Family Christmas Album. This is the perfect jam to turn on at a Christmas party when you want to brighten the mood and get everyone dancing.

"Player's Ball" was the world's introduction to Outkast. Just like "Sleigh Ride," this song was featured on the classic La Face Family Christmas Album. But "Player's Ball" is far from your typical Christmas song. It's about a player's ball that Big Boi and Andre 3000 attend on Christmas Day. Their unparalleled storytelling blew people away in 1993, and this track ended up kickstarting their careers. As we all know, the Atlanta duo went on to become two of the most innovative and respected rappers of all-time.

Kanye goes big when it comes to Christmas. He enlisted Cam'ron, Jim Jones, Vado, Cyhi Da Prynce, Pusha-T, Musiq Soulchild, Teyana Taylor, and Big Sean for "Christmas in Harlem." Each rapper takes their turn putting their spin on the holidays. Although the verses are vastly different from each other, Teyana Taylor's beautiful chorus manages to provide a seamless thread throughout the track, which pulls everything together.

The East Atlanta Santa himself, Gucci Mane, effortlessly flips "Jingle Bells" into a trap anthem on this track. It may sound ridiculous, but it works perfectly.

If you don't believe Gucci and "Jingle Bells" are a match made in Christmas carol heaven, imagine you're listening to the "Jingle Bells" tune for a second...Now rap this out loud: "Trappin' through the snow, sellin' nine half a bricks in four ways." It's perfect, right?!

In case you haven't heard, BTS is the biggest boy band in the world right now. Seeing a K-pop group on this list may surprise you, but BTS is full of talented rappers who can rap on just about any beat. They made this Christmas song in 2012—right before they were about to debut in Korea. For those unfamiliar with how K-pop groups work, trainees prepare for years leading up to their public debut. The training process is extremely grueling, and this song documents just how tough things were prior to their debut. BTS might be huge now, but all they wanted for Christmas in 2012 was to debut the following year so that their music could be heard by the masses.

Who would have thought that DMX's gravelly voice and energetic ad libs would lend itself so perfectly to a Christmas classic? DMX originally performed "Rudolph the Red-Nosed Reindeer" on Power 105.1 in New York and his performance ended up going viral on YouTube. The fanfare resulted in DMX recording a studio version of the song for one of Spotify's Christmas playlists in 2017.

"Jingle Barack" by Chance the Rapper and Kenan Thompson on SNL

Chance the Rapper collaborated with Jeremih on two Christmas mixtapes, but his most memorable Christmas song actually didn't appear on either mixtape. It was introduced as a Saturday Night Live digital short during his first SNL hosting gig in 2016.

"Jingle Barack" is a parody of "Christmas in Hollis," so it's only fitting that we wrap this list up with Chance's ode to the holiday classic that kicked it off. Darryl McDaniels (from Run-DMC) making a cameo in the video is the perfect cherry on top!