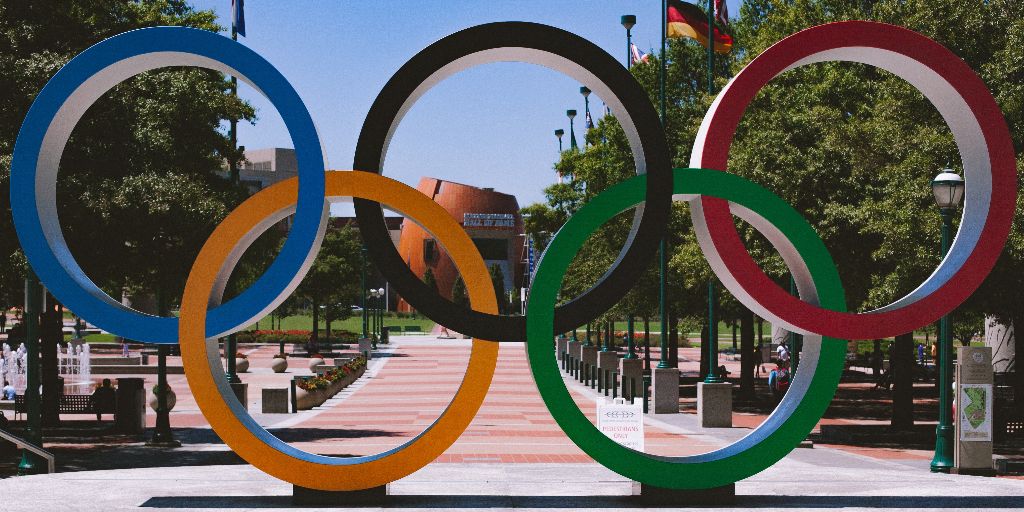 In 2020, summer athletes from all over the world will descend on Tokyo, Japan for two weeks to represent their home countries in track and field, gymnastics, swimming and diving, and more. The Olympics are a time for the country and the world to come together to celebrate and honor the best athletes across a wide spectrum of sports. As we look ahead to Tokyo 2020, let's take a look back at the most thrilling emotional highlights of the past five Olympiads.

World Highlight: An Olympics hockey tournament for the ages: the United States shocks the host country with a win in the group stage, then Canada pulls out a 3-2 overtime victory over the U.S. in the thrilling gold medal match.

Slovenian skier Petra Majdic breaks four ribs when she crashes during an early warm-up run for cross-country skiing 1.4 km classic sprint. Then, during the semifinals, one of her broken ribs pierces her lung, collapsing it. Despite all that, she finishes the race and takes the bronze medal. She attends the medal ceremony with a tube in her chest to relieve the pneumothorax that she also sustained in the crash. It was Slovenia's first Olympic medal in 16 years.

U.S. Highlight: Swimmer Michael Phelps becomes the most decorated Olympic athlete of all time after winning his 19th medal. He went on to win three more medals at these games (and competed in another Olympics after this one).

World Highlight: British distance runner Mo Farah cries as he wins the 10,000-meter race to a deafening roar in his home country's stadium.

U.S. men's basketball ekes out a gold medal—notable because it's so rare that U.S. basketball doesn't absolutely dominate.

The U.S. women shatter the world record in the 4x100 meter relay, one of the oldest track and field world records still standing at the time.

U.S. sprinter Manteo Mitchell breaks his leg in the middle of the men's 4x400 meter relay and keeps running anyway. He had previously injured it falling on some stairs, then heard his leg "pop" during the race. But the men's relay team still posts the fastest qualifying time for the finals.

U.S. Highlight: In hockey, the U.S and Russia go into a shootout in the preliminary round. T.J Oshie, a St. Louis Blues right wing, takes six of the eight U.S. shootout goal attempts, making four of them and winning the game for the U.S, almost single-handedly.

World Highlight: Canadian cross-country skiing coach Justin Wadsworth comes onto the course to replace the broken ski of Russian Anton Gafarov so that the Russian could finish the race. Now that is good sportsmanship.

U.S. skier Gus Kenworthy adopts five stray dogs from around the Olympic village. Other athletes also adopted strays, which are a huge problem in Sochi.

Figure skating commentator Johnny Weir is the breakout star of the games with his hilarious commentary and outrageous fashions.

U.S. Highlight: Katie Ledecky breaks the world record for the women's 800-meter freestyle... and is so far ahead of her competition that she wins with no other swimmers in the camera frame.

Katie Ledecky, pictured with the 7 next best swimmers in the world. pic.twitter.com/3C08xu9DL7

U.S. distance runner Abbey D'Agostino clips New Zealand's Nikki Hamblin during the 5,000-meter race, and they both tumble to the ground. Then, Hamblin helps D'Agostino finish the race after the fall injures her ankle.

U.S. gymnast Simone Biles wins four golds and becomes America's sweetheart. She is favored for the all-around at the 2020 Olympics as well, which would make her the first woman to repeat as all-around champion in over 50 years. The last person to do it was Vera Caslavska of then-Czechoslovakia in 1964 and 1968.

Chloe Kim became the youngest snowboarding medalist at 17, landing back-to-back 1080s on the halfpipe, which is an Olympic first for female snowboarders.

Figure skater Nathan Chen comes back from a disastrous short program to put forth such a good free skate that he catapults from 17th place to fifth. In that program, he landed a historic six quadruple jumps.

Gus Kenworthy, one of two openly gay Olympians on Team USA this year, kisses his boyfriend on camera, marking the first same-sex kiss at the Olympics on live TV.

The 2020 Summer Olympics run from July 24 to Aug. 9 next summer; follow along with all of the action on DIRECTV.