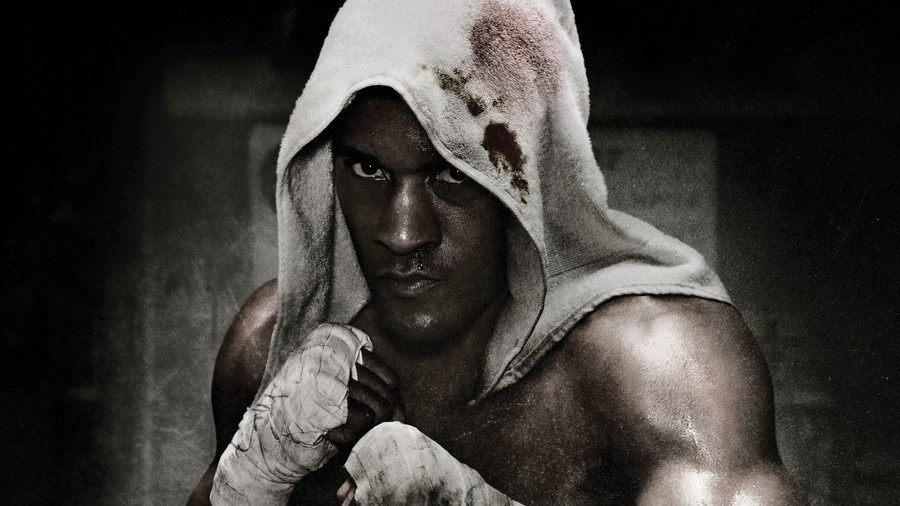 The generational switch to PS5 and Xbox Series X has left some sports series in a state of flux: no doubt the best is yet to come from the likes of NBA 2K21 and NHL 21. But 2021 is still a great year to be a sports gamer. Old faves such as Rocket League and Fight Night Champion continue to hold their own, while Art of Rally and Lonely Mountains Downhill break with conventions in ways that keep you coming back for more. These are the 10 best sports games you can play in 2021. 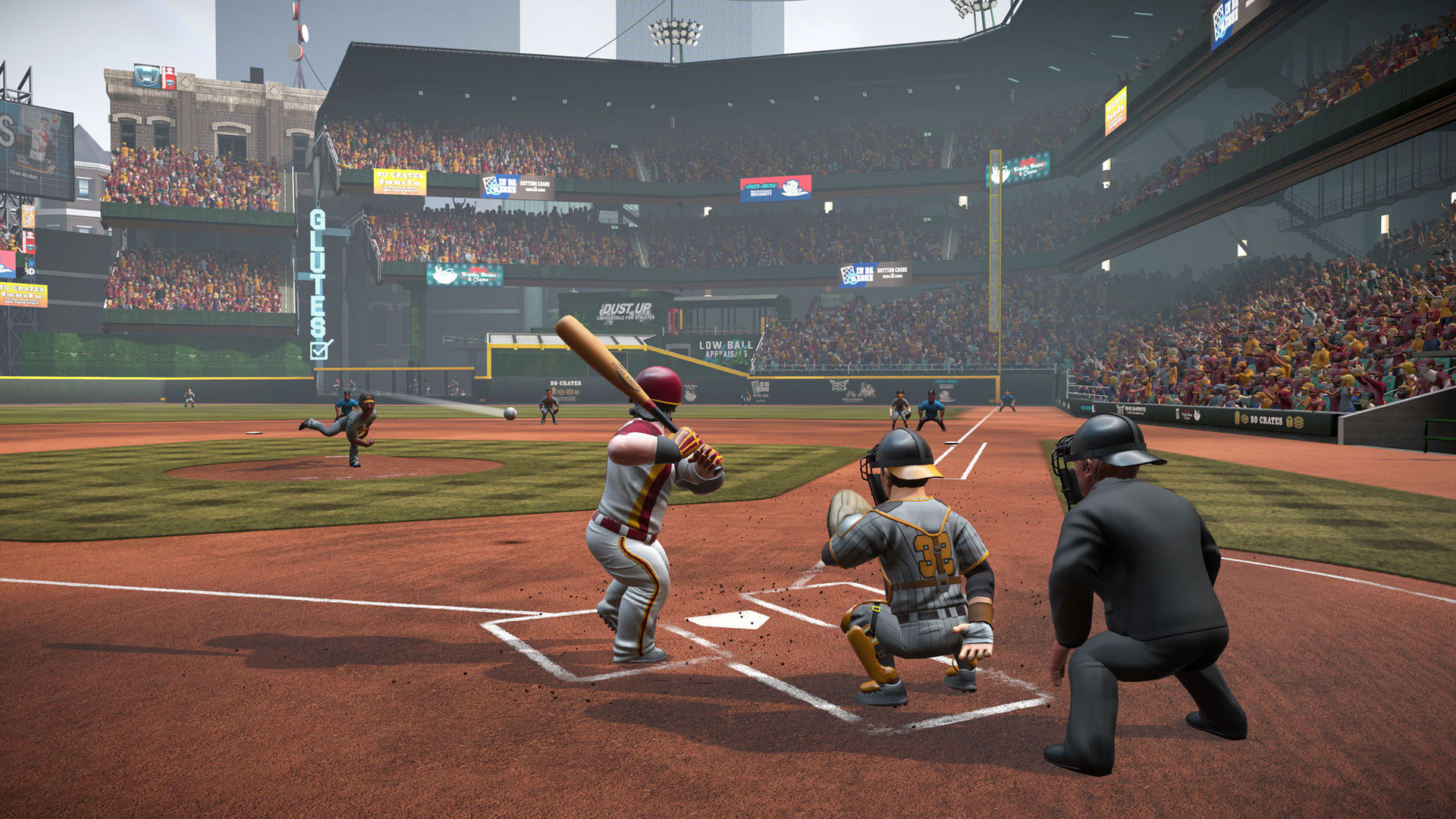 While the pick-up-and-play bopping of home runs brings accessibility, it’s an expanded franchise mode that offers surprising longevity: simpler than, say, MLB the Show 21 (which may well eke its way onto this list later in the year), it still offers just the right balance of player profession and managerial strategizing. It’s especially fun on Nintendo Switch, a machine which — for all its strengths — is lacking in top-drawer sports efforts. A big swing, and a ginormous hit. 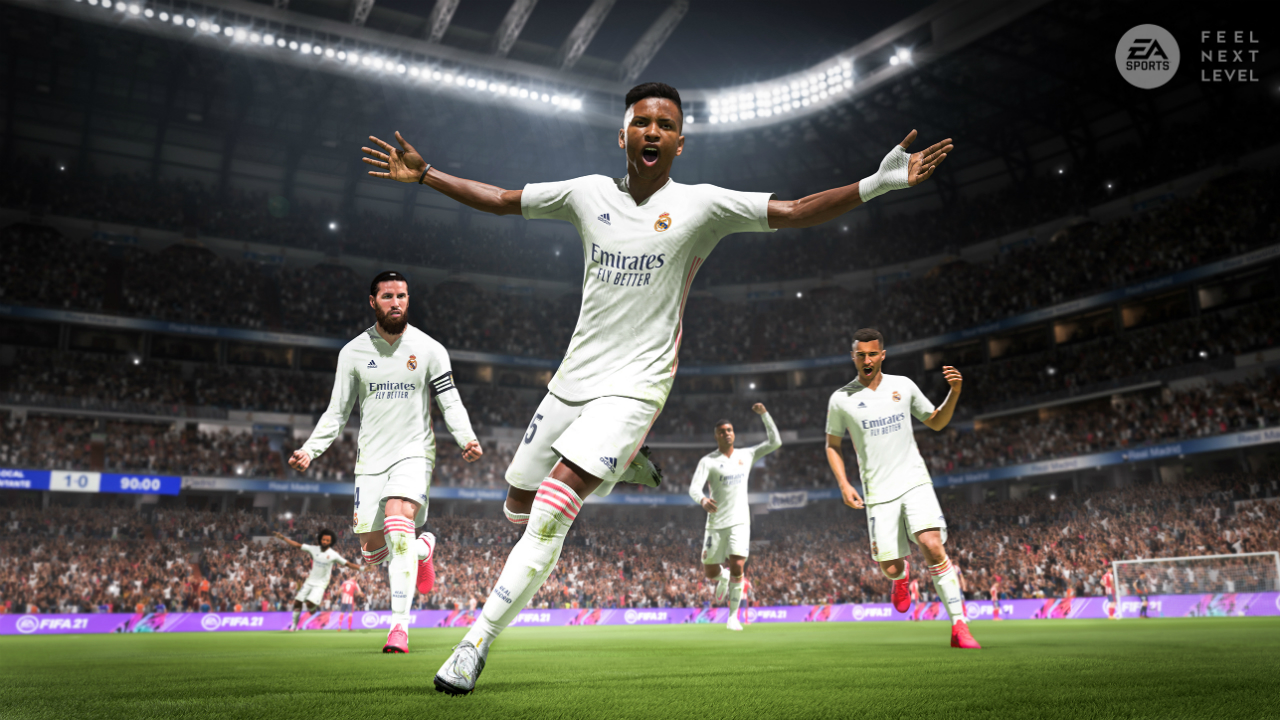 “Pay-to-win.” “Scripted.” “Broken.” FIFA wouldn’t be FIFA without gamers lining up to take potshots at it, and the lootbox mechanics of pack-opening in Ultimate Team unquestionably need additional transparency. Yet considered as a package, there are few sports games — or indeed games of any genre — that give you so much in return for your money.

Avoid spending cash on FIFA Points and Ultimate Team is hugely rewarding, particularly with genuinely innovative card types such as FIFA 21 What If. Career mode is hugely improved by the ability to jump in and out of simmed matches, Volta is a neat five-a-side distraction, and having every license under the sun (other than Roma and Juventus) bolsters the on-pitch action. When it’s naughty it’s very naughty — but when it’s good, it’s oh so good. 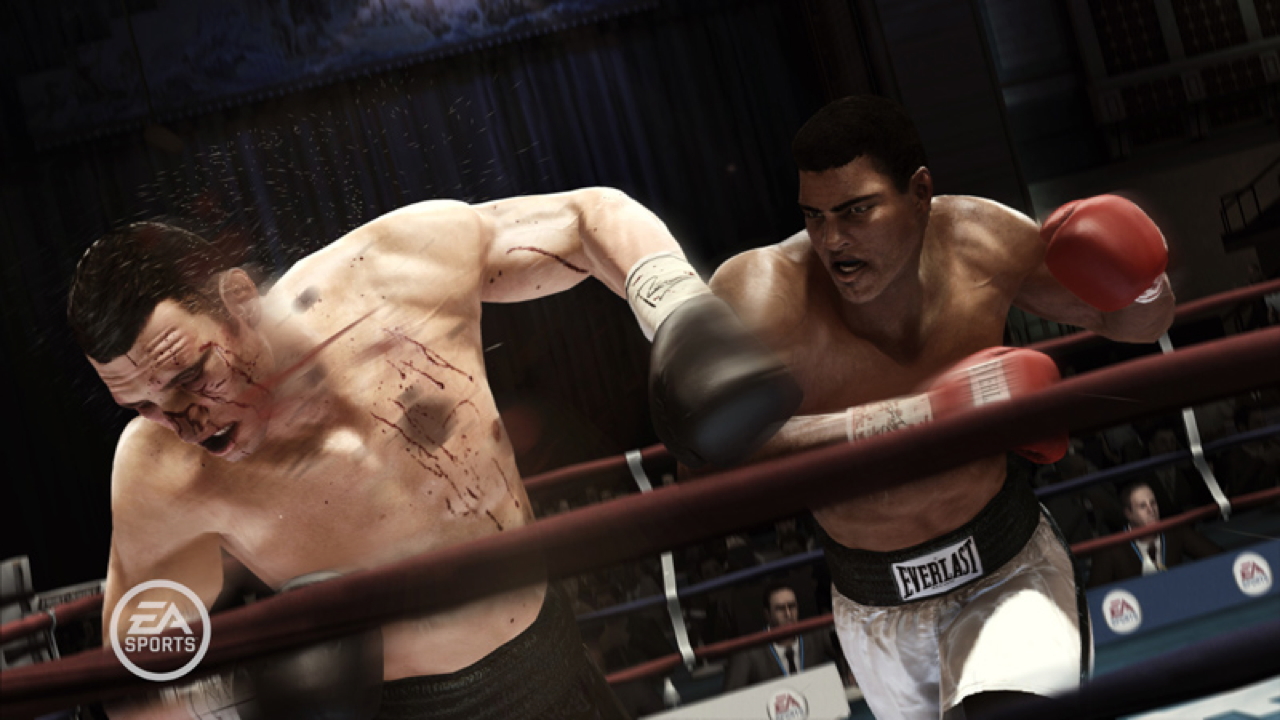 Available on Xbox Series X thanks to Microsoft’s backwards compatibility program, Fight Night Champion is the perfect recreation of the sweet science. In one corner, EA marries its usual superb treatment of fringe sports with precision controls and graphics that still, today, are liable to stop you in your tracks. In the other, Fight Night Champion’s Champion Mode. Heralding a wave of fully-fledged narratives that punctuated sports games for the next decade, Andre Bishop’s story has never been bettered.

But Fight Night is nothing without its bell-to-bell gameplay. Happily, the bruising action still packs a punch, and rising through the ranks from punching bag to prizefighter in the game’s Legacy Mode remains compelling. It’s a total package that ensures the Fight Night series, despite remaining in limbo, is never truly out for the count. 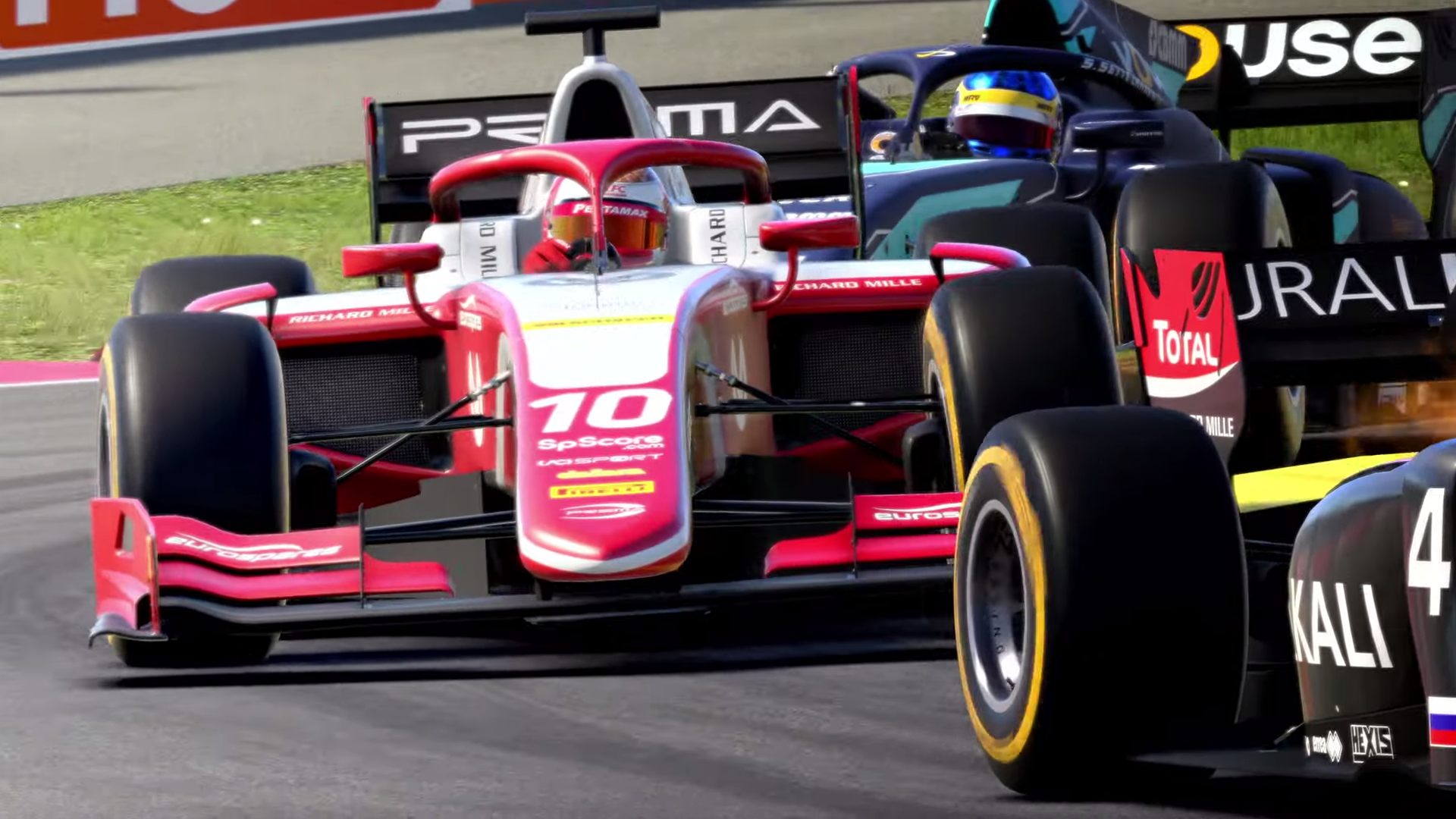 The official Formula One franchise has been through a tumultuous time in the last decade, and fans of the series will remember the disappointment of F1 2014. Thankfully, it’s back on top form now and F1 2020 is one of the best racing games you can buy today. It offers a vastly different racing experience to a game like Forza Horizon 4, but if you're keen on the ultra-high-speed cars with that hair-raising engine sound hurtling down the 22 unique circuits, the F1 2020 experience is unrivaled.

If you fancy single-player career action you can either replace an existing driver on one of the 10 teams (bye-bye, Latifi) or create your own brand-new team to be the 11th on the grid, select your teammate, and become the first owner-driver since Graham Hill with the Embassy Hill team in 1975. You can also compete online, race with a number of classic cars, explore the F2 vehicles … there's breadth and depth, from novice to veteran. 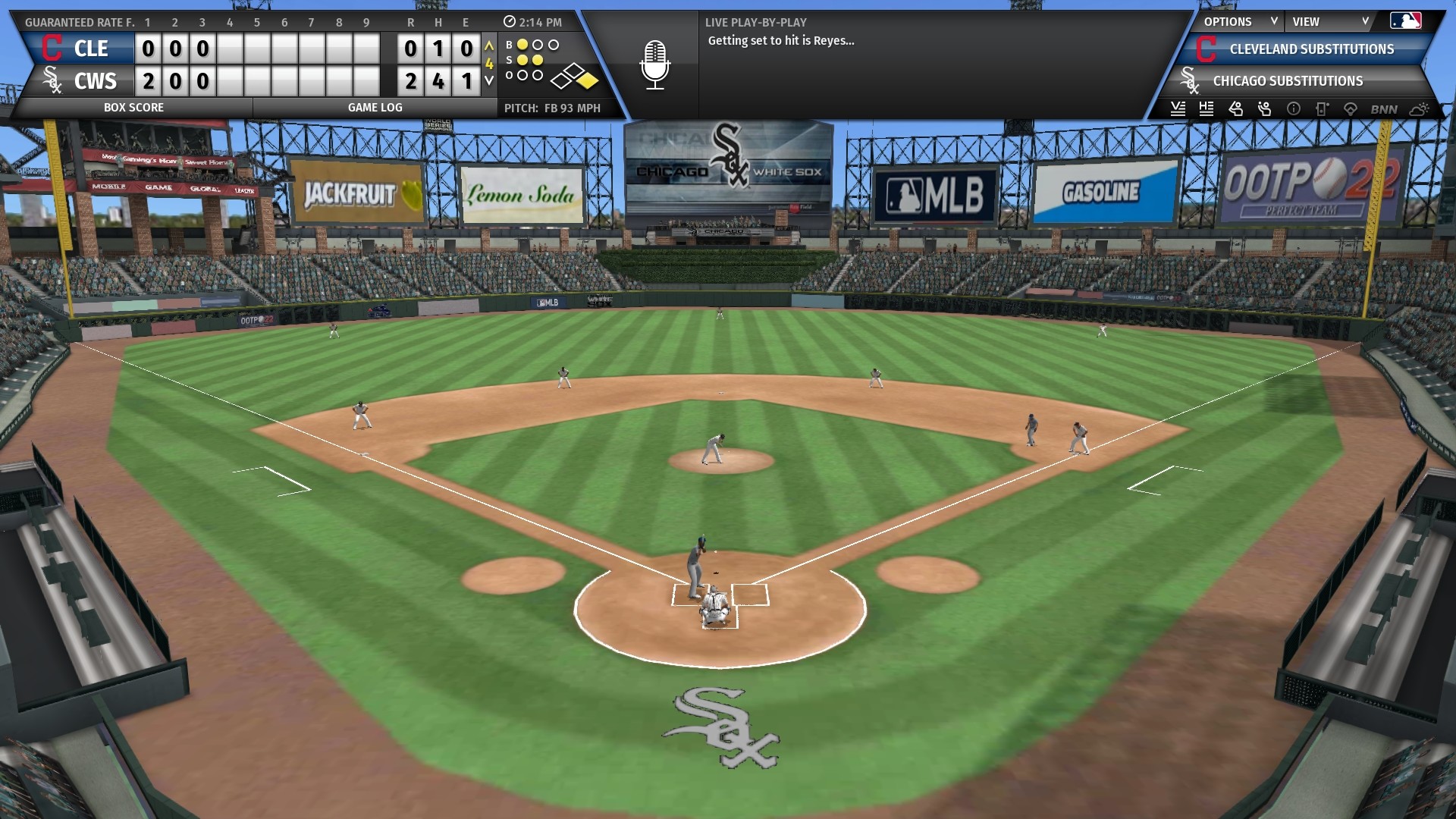 Outside of the United States, Football Manager has long been considered the only game in town where sporting strategy games are concerned — but there’s a humdinger of a dugout sim nestling in that collective blind spot. OOTP is just as deep as its soccerball counterpart, sucking away hours as you negotiate trades, promote and demote charges between affiliate clubs, and revel in stealing bases and smashing home runs.

The series’ latest guise offers 3D ballparks for all MLB clubs, improved trade AI, and both on and offline play, but its the longstanding staples which make it so great — such as going back in time to rewrite history by starting the game in any year from 1871 onwards, with teams and player names accurate to the era. A sporting colossus whose appeal never fades. 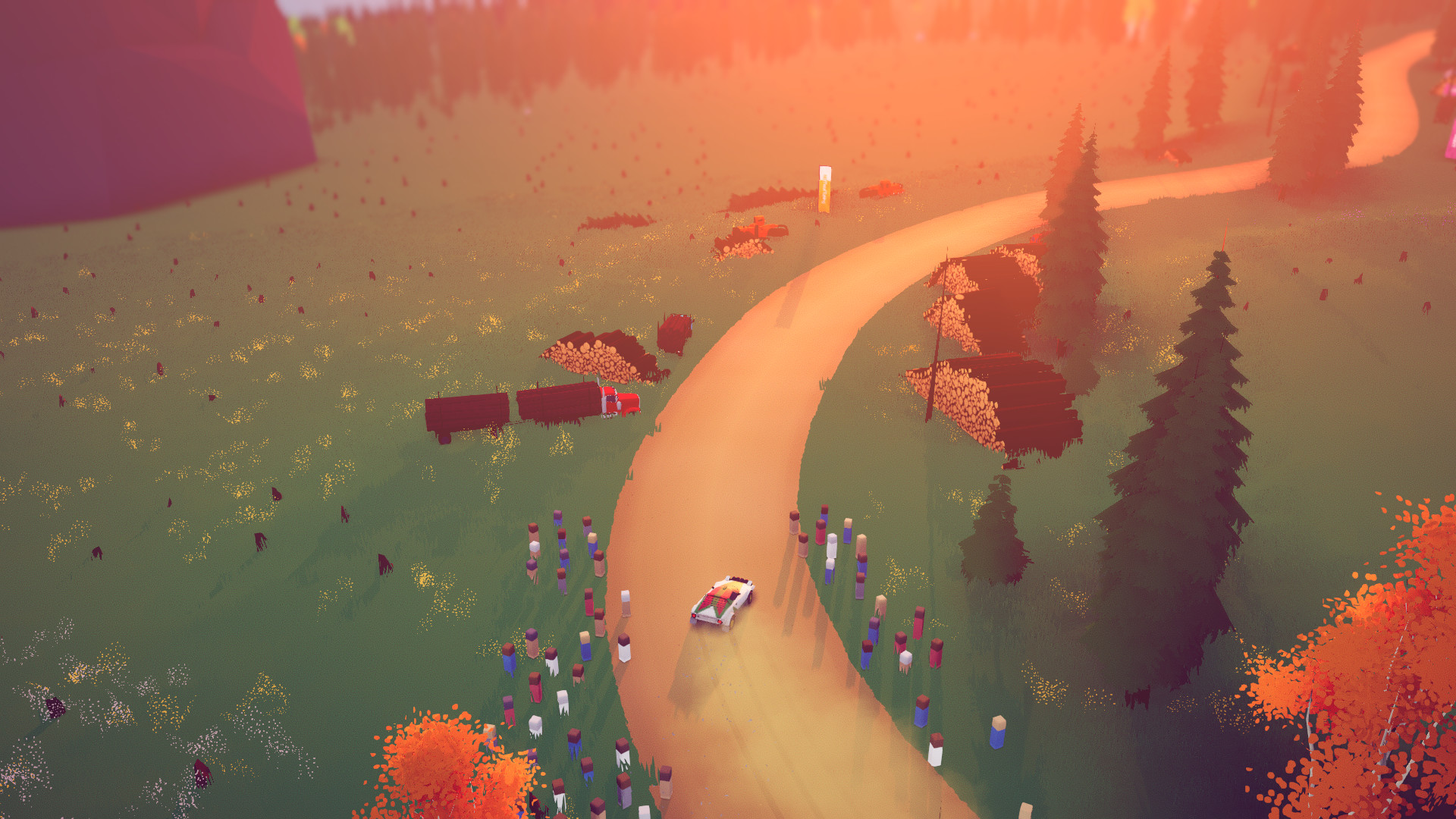 It's a crying shame that Art of Rally didn't quite get the attention it deserved when it launched in September 2020, because it's one of the most stylistic, gorgeous racing games to date. This is an indie game that focuses on the "golden era" of rally, featuring plenty of classic cars, including a number from the infamous Group B category.

Instead of placing you behind the wheel, Art of Rally plays from a top-down view, similar to Micro Machines, but don't expect any power-ups. It's still a hard-to-master game with plenty of tricks to learn like counter-steering and the Scandinavian flick, as you explore 60 stages ranging from Norway to Japan. One of 2020's true sleeper hits. 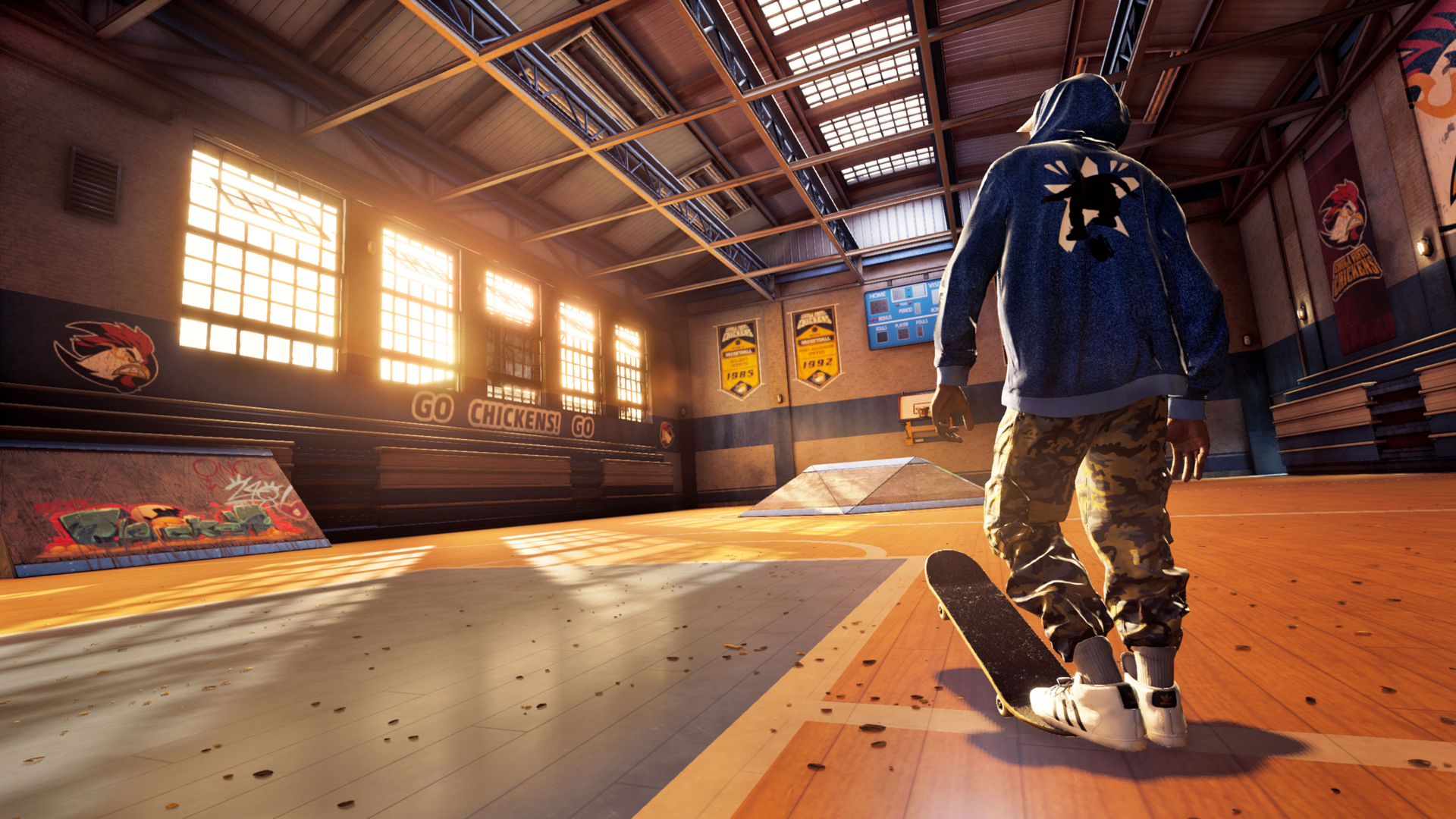 Nostalgia has a nasty habit of playing tricks on you. Fire up the original Tony Hawk’s series on PlayStation and your rose-tinted memories of chugging Red Bull and listening to Goldfinger on a loop are likely to fade. It’s muddy, fiddly, and lacks some of the fluidity of future THPS efforts.

Vicarious Visions, then, was tasked with the impossible: recreating a classic series as your mind’s eye perceived them all those years ago. It doesn’t just succeed; it arguably improves on one of the most beloved sports franchises ever made. The tweaks throughout are smart, but subtle: later abilities, such as reverts, are included to help improve flow, while online multiplayer recreates the bragging rights sessions huddled over a CRT TV all those years ago. This is the essential Tony Hawk’s experience. ‘Nuff said. 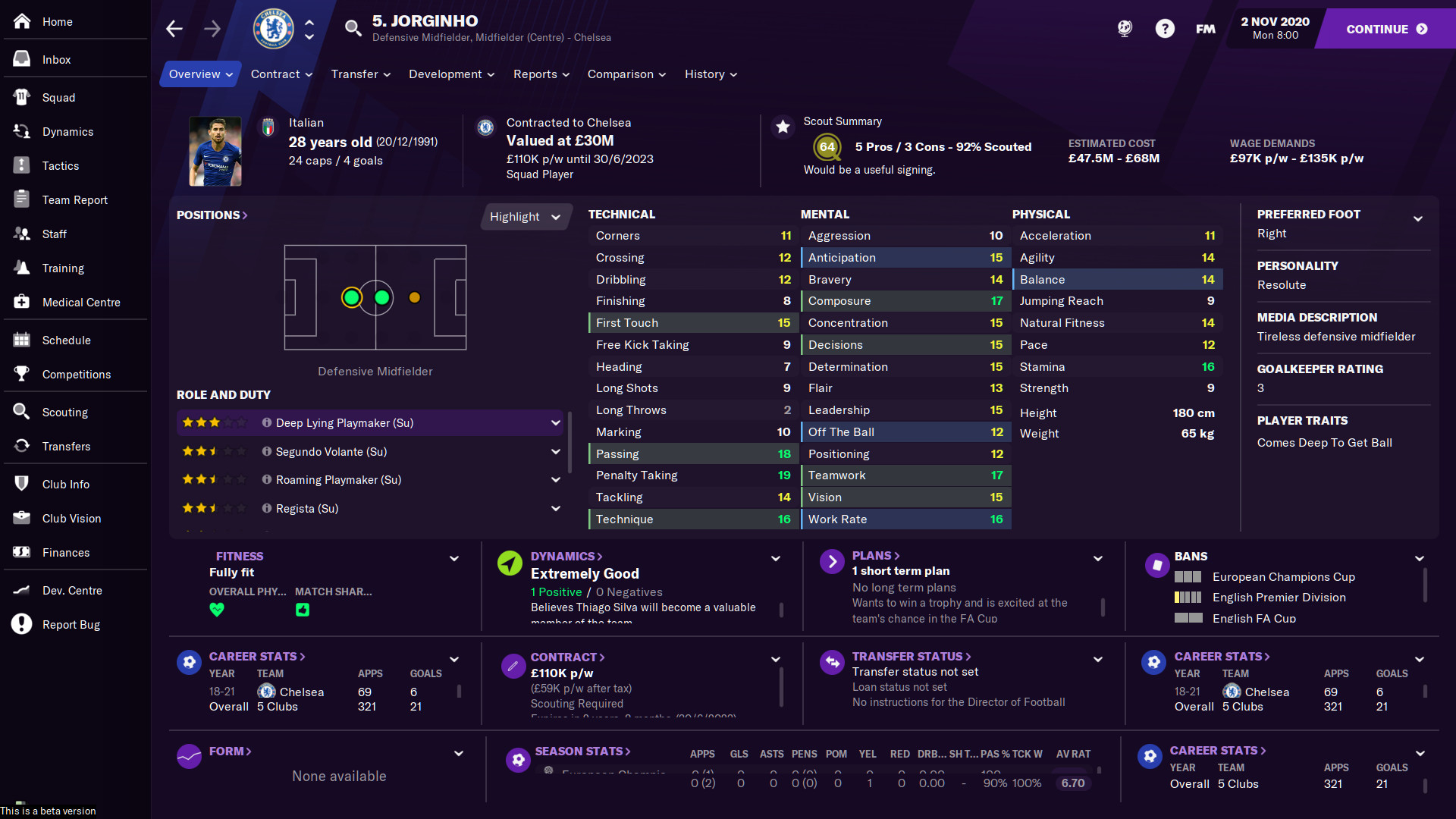 Whether you grew up playing Championship Manager or you're a recent adopter of the Football Manager franchise, you'll know just how addictive and accurate the simulation is, mirroring real-life football. Everything from negotiating transfers and offering new contracts to day-to-day training and interacting with the press is down to you — or not, if you'd rather have staff handle it. While FM doesn't let you control the players on the pitch directly, it's a much fuller tactical simulation than anything else on the market.

Football Manager 2021 takes everything the series has excelled at in the last decade and combines it into one package, resulting in the best FM game to date. Take charge of your local non-league club or replace one of the all time greats at a trophy-winning team; the choice is yours because you have a story to tell, and a legacy to forge. 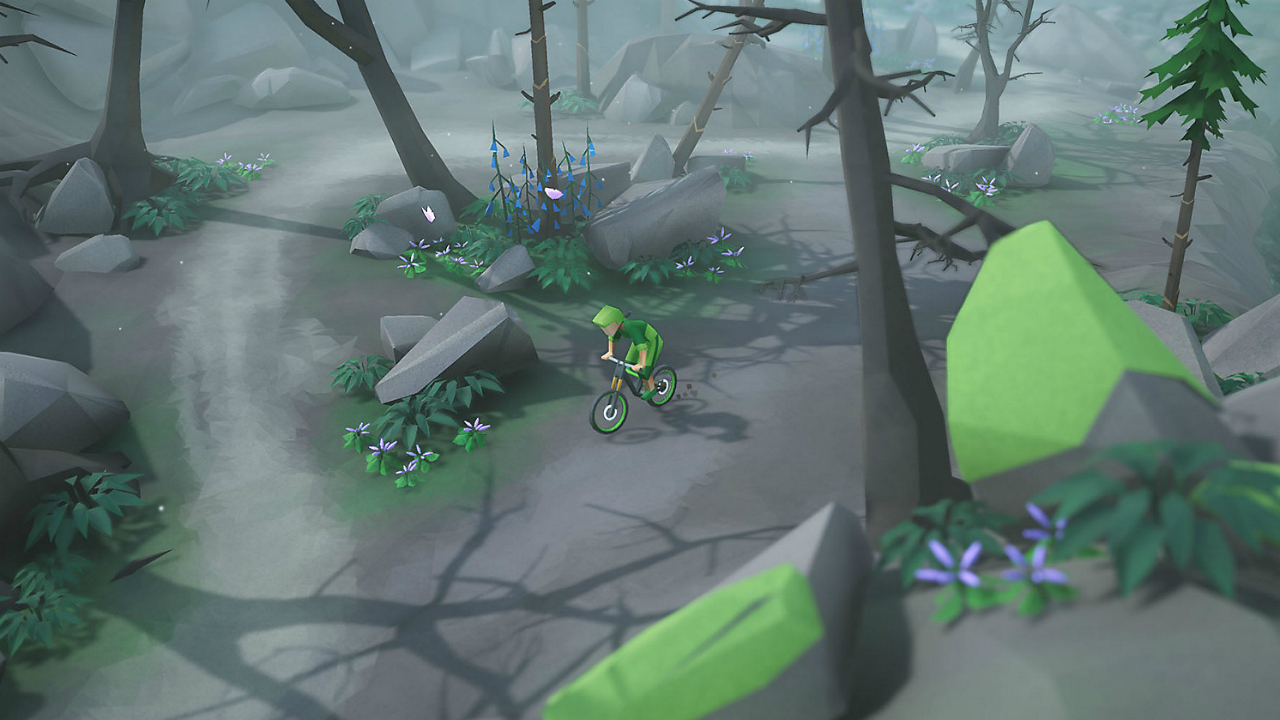 The best sports game you’ve never played — get that rectified as soon as possible. Juxtaposing gruesome deaths with breathtaking scenery, you speed-run a cube-man biker through four mountains’ worth of challenging, enduring courses.

Each demise is brutal, and hilarious, and informative: an individual learning experience as you constantly refine your routes, seeking to obliterate your best time rather than your kneecaps. Controls are simple yet deft, unlockables generous, nights spent having “just one more race” plentiful. It is, in every sense, bloody brilliant. 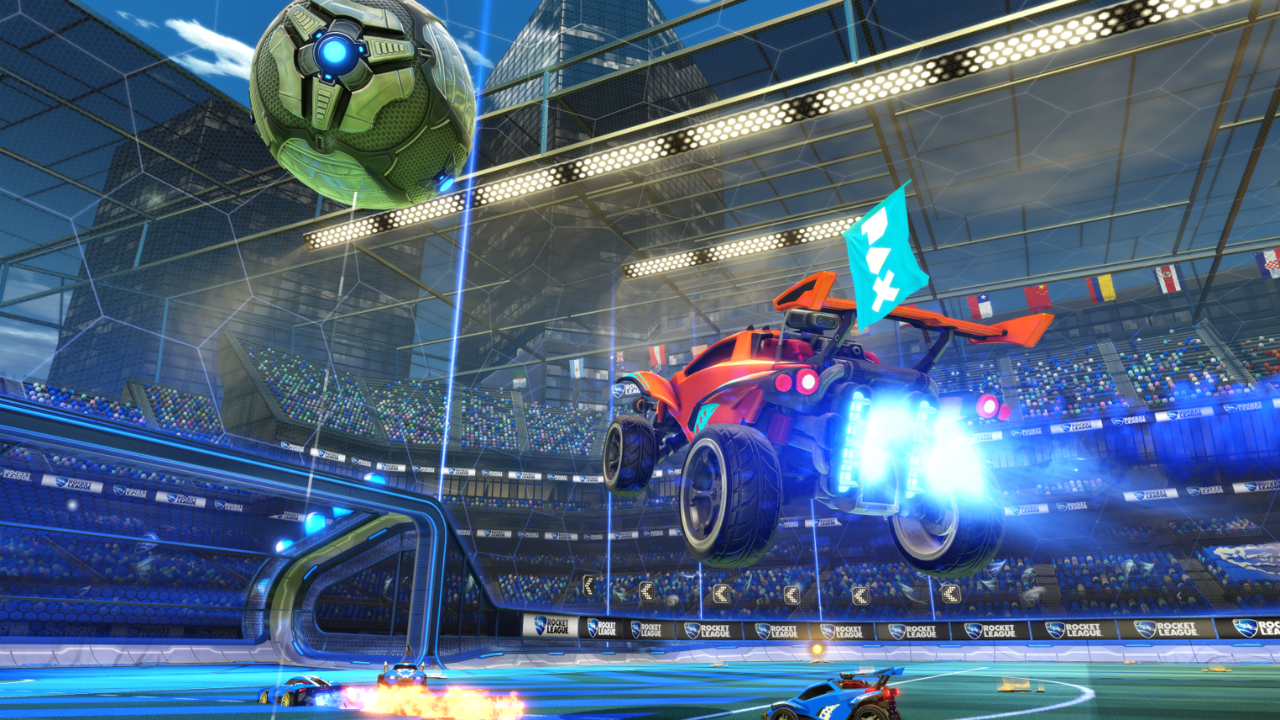 Some ideas are so beautifully simple, it’s impossible to fathom a world without them. Rocket League is one such example. Bursting onto the scene (and, memorably, free with PS Plus) in 2015, Rocket League sees teams of up to four lock bumpers in what is essentially "soccer with cars."

Rocket League’s greatest strength lies in its accessibility. There’s one button each to drive, jump, and boost. The rest — including the seemingly endless meta skill ceiling involving flips, floating jumps, and seal-like precision with the ball — is up to you. The fact it’s kept its staying power speaks volumes of developer Psyonix’s knack of tweaking the addictive formula. New cars, celebrations, and variations on the classic format ensure this will be a game we’ll likely be talking about throughout the 2020s.

This article was written by Ben Wilson from GamesRadar and was legally licensed through the Industry Dive publisher network. Please direct all licensing questions to legal@industrydive.com.