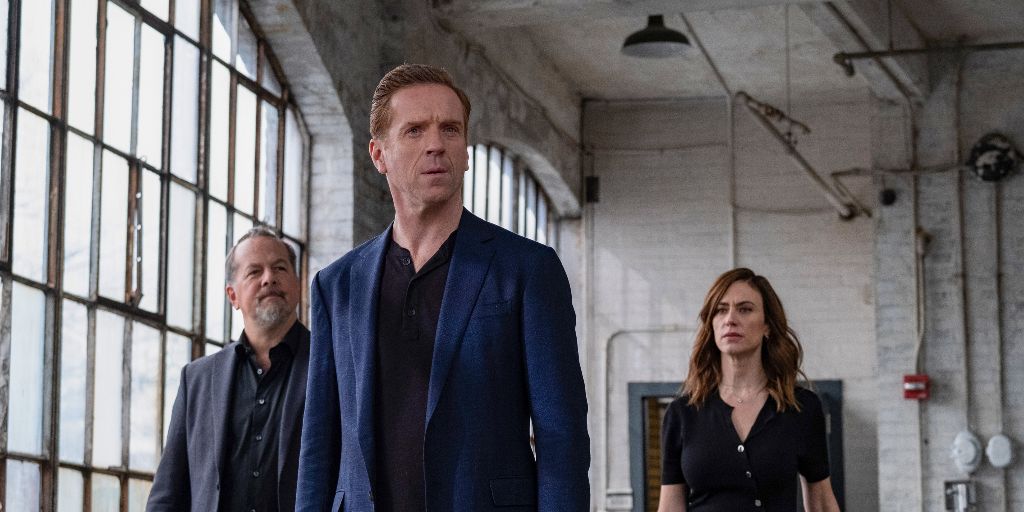 The SHOWTIME® original series “Billions®” is a cautionary tale about the insatiable lust for power, exorbitant wealth and political avarice. Yet, at the heart of the story is a heartless portrayal of human nature. In “Billions®,” betrayal is a feature, not a bug, and each of the central characters has burned bridges in and around Manhattan’s Financial District at a prolific pace.

Viewers have learned that Chuck’s enthusiasm for meting out justice to white-collar criminals and to institutions attempting to game the financial system has merely been an instrument to further his aspirations. While Chuck puts up a facade, Bobby is franker in regards to his amorality.

Wendy admonished Taylor for her betrayal and ended her condemnation by pontificating that “the thing that makes it matter is lasting relationships, true loyalty, real trust.”

However, it was Taylor’s retort that summarized a profound truth about Bobby she was unwilling to accept.

“No, I’m pretty sure it’s only money and it can buy all those things or at least the same result. That’s what you and Axe taught me.”

In turn, Wendy betrayed Taylor’s trust and burgeoning friendship by sharing intel with Bobby that enabled him to set events in motion, which fractured Taylor’s relationship with her father. Wendy sank low enough to get the docile Mafee to storm Axe Capital’s headquarters to call his former work crush out on her two-facedness.

Ultimately, Wendy wound up facing a review and suspension of her medical license for violating doctor-patient confidentiality.

The Call is Coming from Inside the House

Perhaps the most treacherous act of the entire series was Chuck’s betrayal of his own wife, Wendy. Faced with the threat of a dying ex-benefactor exposing the contents of his blackmail if he didn’t suspend his campaign for New York Attorney General, Chuck abruptly divulged the indecent details about their couples BDSM during a hastily scheduled press conference against her wishes. Chuck wins the race for A.G., but his disclosure humiliated Wendy and left her grappling with the reality that she was merely a pawn in his quest for higher office. Chuck’s actions eventually disillusion Wendy enough to leave him and create the most significant fault line in their marriage yet.

Sleeping with the Enemy

Meanwhile, Axelrod spent the majority of “Billions®’” fourth season shacking up with self-made billionaire Rebecca Cantu (Nina Arianda). However, in the season finale, Axelrod shuttered the Saler's department chain store Rebecca sought to save so that he could liquidate the business and simultaneously deal a fatal blow to the fledgling Mason Capital. His reasoning for torching their relationship? Rebecca was sleeping with the enemy by accepting a deal with Taylor.

The genesis of Bobby’s rise as a billionaire hedge fund manager is instructive: Bobby’s lore as a sole survivor from the Wachtel, Raichlein and Rice hedge fund after 9/11, his stories of searching for survivors at Ground Zero and philanthropy made him a darling of the NYPD and FDNY. Shielded from prosecutorial scrutiny, he was protected from investigation by the Southern District office.

However, a leaked excerpt from a book written by one of his late colleague’s widows exposed how Bobby’s empire was built on depravity. While Bobby was being bought out by his partners on 9/11, the first tower was hit. Bobby saw an opportunity, shorted aviation stocks, hotels and shipping and earned approximately $750 million, then assumed control of his partners' funds when they perished in the second tower. The fallout over this revelation stripped the sheen off of Bobby and allowed Chuck to pounce.

In the fifth episode of Billions’ fourth season installment, "A Proper Sendoff", Bobby sinks to a new level of vindictiveness by nuking the hedge fund managed by the son of his former mentor. John, whose business school education was also paid for by Bobby, learned a valuable lesson by returning his investment so their fund could be freed from the association with Axelrod’s tarnished name. “Never give back the money, kid.”

Bobby retaliated by inviting John to go fishing. While they were incommunicado, Bobby stranded him at sea with some ruse about a busted engine as his lieutenants dragged John’s name through the mud in the media and gutted his fund.

Likewise, Chuck immolated the career of his own protege-turned-nemesis Bryan Connerty after their falling out, by making him out to be a Fredo Corleone-level idiot.

A True Friend Stabs You Right in the Front

Similarly, Chuck’s furtive Ice Juice ploy that lured Bobby into an insider trading charge worked magnificently, but came at the expense of financially ruining his father, Chuck Sr. (Jeffrey DeMunn), his best friend, Ira (Ben Shenkman) and his own $27 million trust. Both lost millions of dollars when the stock tanked and temporarily severed their respective bonds with Chuck.

Conversely, the ongoing detente between Axelrod and Chuck rests on unstable footing since the season finale culminated with Chuck neutering Taylor and enlisting them to be his mole within Axe Capital.

As “Billions®” rolls into its fifth season, the bromance between Wags (David Costabile) and Bobby is arguably the series’ only unsullied bond, which makes them ripe for a rift. Malice infects everyone in the radius of Bobby and Chuck’s growing mushroom cloud and subsequently irradiates their alliances. In the high-stakes world of “Billions®,” nobody is safe.