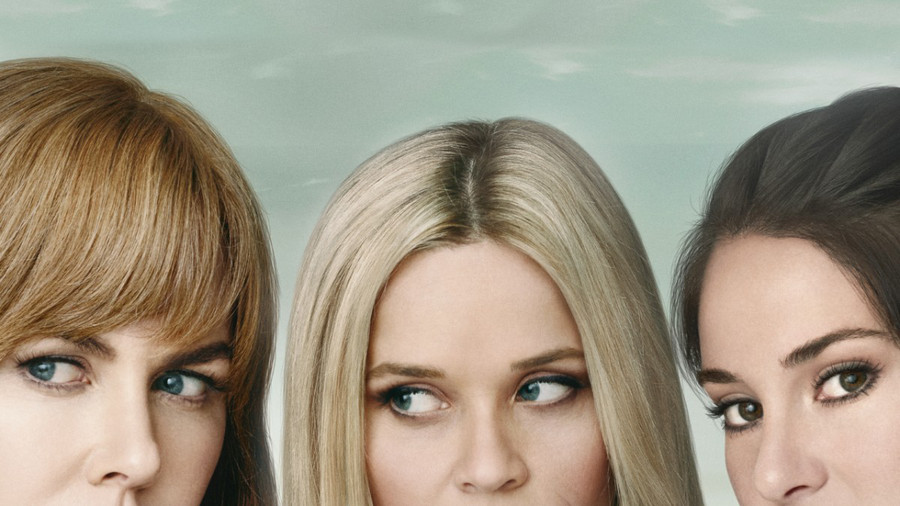 Emmy-winner Alix Friedberg previews the evolving looks of the Monterey Five, plus newcomer Meryl Streep and her "detective" trench.

In real life, two years have dragged by. But over in Monterey on "Big Little Lies," only a few minutes have passed between seasons one and two of HBO's star-studded hit series.

Since the death of abusive Perry (Alexander Skarsgård) and the subsequent big lie, the Monterey Five — as Madeline (Witherspoon), Celeste (Nicole Kidman), Jane (Shailene Woodley), Bonnie (Zoe Kravitz) and Renata (Laura Dern) are now known by the gossipy town — are dealing with the aftermath. Some are coping (or compartmentalizing) better than others, but the extreme emotional turmoil seeps through into the leading ladies' wardrobe.

Costume designer Alix Friedberg, who won an Emmy for her skilled storytelling work on season one, returns to take the characters she's established into their precarious next stage. But, not to worry, the sophomore outing won't be all doom and gloom. Like the climactic trivia night offered literal masquerade fun with the Audrey Hepburn-meets-Elvis Presley dress-up theme, season two serves up a "Studio 54-meets-American Bandstand disco night" in episode four.

"It was just a kaleidoscope of crazy," says Friedberg, over the phone.

Much like how each of the characters' traits and quirks were channeled through their interpretation of the theme — Celeste's posh black dress and tiara-wearing Holly Golightly, Madeline's cheeky night shirt and sleep mask — the leading ladies and their families will do the same. "It's a little visual relief from all of this heaviness," added the costume designer. "This moment where it's colorful and sparkly and there's skin and laughter."

No spoilers, of course, but to prep you for the return of "Big Little Lies" season two on Sunday, June 9, Friedberg gave Fashionista a preview of each character, including Perry's mother Mary Louise Wright, played by the great Meryl Streep.

Let's start with Monterey's top power mom, who's trying very hard to hold up her Queen Bee spot this season and serving up some real looks in the process. The chic aesthetic of the surely snowplow parent was established in season one as "powerful, very structured, designer conscious, body-conscious, expensive and with a sharply defining silhouette," explains Friedberg. "In season two, we amplified that a bit as the walls are caving in on her."

All of the stellar high-fashion outfits play a supporting role to help Renata (and the brilliant Dern) amp up her overcompensating behavior. "She always has a little comedic element," says Friedberg. "It's always a little too far or a little too overly accessorized or something about it just makes you smile."

Keep an eye out for a deconstructed and chainlink-detailed bouclé Alaïa blazer, paired with a leather skirt, that wouldn't make it past TSA, plus a stunning and intentionally extra metallic red Roland Mouret blazer-gown, which already caused some buzz on Twitter. "It was a Wonder Woman moment for her," says Friedberg. Renata's accessories complete the look: thigh-high boots, a hand-weight and gold-plated belt, which Friedberg recalls as "something ridiculously expensive."

"This is a woman that has power," she adds. "It's almost like a superhero costume."

Rather than obsessing over a controversial Broadway adaptation, Madeline focuses her energy into a burgeoning career in sales this season — and she looks the part. "I always thought that Madeline dressed a little bit like a real estate agent in season one," says Friedberg. "A little too much color, very coordinated, always in heels and lipstick."

Since Madeline spends more time showing clients multi-million dollar ocean-side properties, she's wearing more colorful printed skirts and dresses, plus tailored coats, like a custom-made blue and red houndstooth one, as opposed to casual jeans and blazers for school pickup. Plus, there's the PR aspect of her look.

"She is always trying to fool you that she's totally together, when she's got a crumbling marriage and teenage daughter that's wildly frustrating," adds Friedberg. But her style has probably evolved the least, as compared to the rest of the Monterey Five, as also evidenced by her penchant for wearing designer heels, like a towering hot pink pair of Christian Louboutin pumps. (Not unnoticed by the master of a backhanded shade, Mary Louise: "I see you're wearing heels.") Of course, Madeline's avoidance of flats may also be about optics.

"She's constantly next to Renata and Celeste even more this season," says Friedberg.

Celeste is not only finally dealing with the reality of Perry's violent abuse, but she's also missing her dead husband. Plus, her inquisitive mother-in-law has practically moved in. With more pressing issues on her mind and children to care for, Celeste continues her slouchy, long-sleeve turtleneck aesthetic that she wore last season to hide her bruises and injuries.

However, "it's a lot less thought out," explains Friedberg. "She is hanging on by a thin thread and just doing the bare minimum for the boys. So vanity does not play a part in her daily life. It's more about what's easily accessible and in the front of the closet." Although, Celeste layers and comforts herself in a a collection of longline, luxurious cashmere coats and robes — some by Max Mara, Ralph Lauren and Joseph, as well as a few custom-designed by the team.

Make sure to look closely as the now-single mother's grief over her late husband plays out into her wardrobe. "There are a couple of times she is actually wearing one of Perry old's shirts or sweaters," explains Friedberg. "She's really struggling with the grief of this man that she was madly in love with. But it's a more deconstructed version of what she was in season one."

"She's a little more confident in season two," says Friedberg about the rape survivor and single mom, who's moved on from the "very covered-up, baggy, kind of sexless uniform" we last saw her wear.

Now focused on healing and moving forward, Jane found a fulfilling new job, maybe made a new friend and settled into her home with Ziggy on the beach — and a new look shows her growing confidence. "They're by the ocean, she's learning how to surf, she's very casually adopted this vintage California surf vibe," says Friedberg, who stocked Jane's wardrobe with vintage pieces, Levi's, Greats sneakers, a very West Coast Patagonia down vest, athleisure leggings and an REI backpack.

First off, Friedman confirms that the yoga instructor's worn-in, vintage graphic t-shirts, as seen in many a promo, don't contain any Easter Eggs. Considering that Bonnie is the most central part of the ruse that kicks off season two, she's the one experiencing the most turmoil and guilt, which comes through in her clothing. Similar to Celeste, Bonnie swathes herself in thick, oversize and reassuring layers in muted hues, but still wears her artsy jewelry, which Friedberg mostly sources from local Monterey artisans.

"Bonnie's departure from that sexy, drape-y, boho, earthy thing from season one is just because she's really struggling," explains Friedman. "[Her look] becomes much more shapeless, colorless and thoughtless. In a way, it's a prison uniform. It's all that monochromatic, baggy sweats, baggy T-shirts, sweaters that are mildly comforting, but it's all stuff on the floor. Maybe it's [her husband] Nathan's stuff, maybe it's stuff she had around. But the happiness has left her visually."

In a stroke of casting genius — and on a show with already a very high bar considering the marquee leads —  the triple Oscar-winner (and 21-time nominee) plays Celeste's mother-in-law, Mary Louise. And talk about intimidating: Mary Louise comes across as mousey, but she is not someone you want to cross. Just ask Madeline.

"She's quite traditional and regimented. She's a creature of habit and has this very narrow palette: prim collarless blouses that are almost pious and feel very clerical," says Friedberg. Although, Mary Louise does have a collection of about "five vintage Hermès scarves" that she cycles through and repeats. "She has these very sensible very flat and squishy Belgian loafers. Everything of quality she has is expensive, but totally unremarkable — I think she wants to be invisible."

While she's in town to help Celeste take care of her grandsons, Mary Louise is also determined to find out the truth about her beloved son's death. "She's almost like a little detective, and she is dressed similarly," says Friedberg. "That [Barbour trench] coat definitely reminds me of something old Sherlock Holmes would wear."

Considering two years have passed by in real life, Darby Camp, who plays Madeline and Ed's (Adam Scott) daughter Chloe grew about a foot since we last saw her. But she's still her precocious self. "She really has a strong personality and has a lot of fun with fashion," says Friedberg about Chloe's cool-kid looks, like a mixed print bomber jacket for the first day of school.

Celeste's twins Josh and Max (Cameron and Nicholas Crovetti) have the most notable change that illustrates the unspoken turmoil at home. "This season I let Max and Josh dress themselves because their mother no longer was making sure their outfits were picked out the night before and perfectly styled," explains Friedberg.

"It was always really important to Perry to put on appearances. So in season one, they were just head-to-toe, Bonpoint, Burberry and Polo — really high end stuff," she adds. "We tried to make them a little bit less coordinated and perfect [this time]."

This article was written by Fawnia Soo Hoo from Fashionista and was legally licensed through the NewsCred publisher network. Please direct all licensing questions to legal@newscred.com.