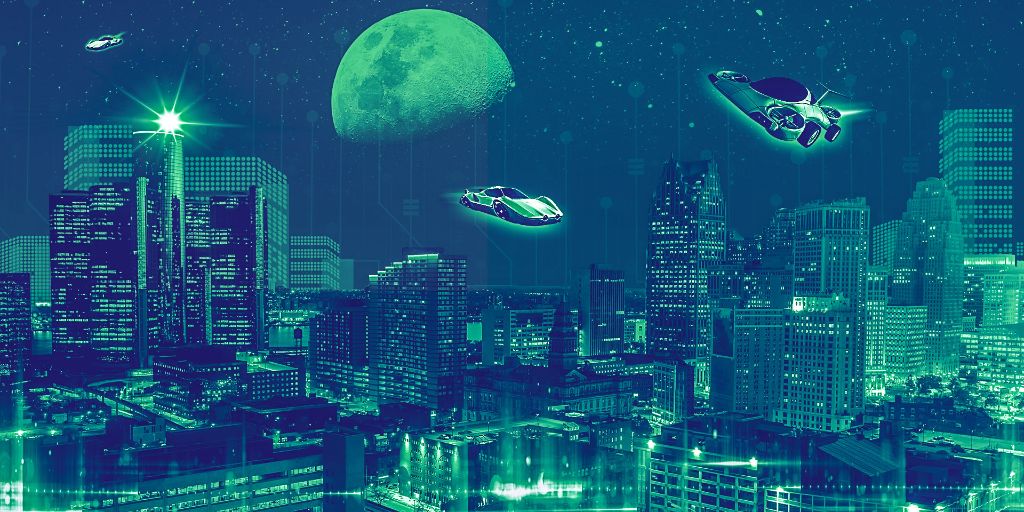 With every technological advancement made in the real world, we're hurtling toward a video-game future. In Detroit: Become Human, developer Quantic Dream's innovative vision of the city of Detroit, Michigan provides a possible glimpse into how that future could look. It's not what you might expect.

In Detroit: Become Human, humanity has developed advanced androids in an effort to make everyday life easier. It hardly resembles a utopia, but that's what makes the game so exciting—along with the setting where it all takes place.

In 2038, Detroit is home to a technology that, like the Ford Motor Company 100-plus years before, has elevated humanity in unimaginable, irreversible ways. The area is now being heralded as the "Android Capital of the World," with the fictional android manufacturer CyberLife standing in for modern tech monoliths like Apple and Google. In a game where a new kind of industry is rising from the ashes of the old, there's no better backdrop than the Motor City. 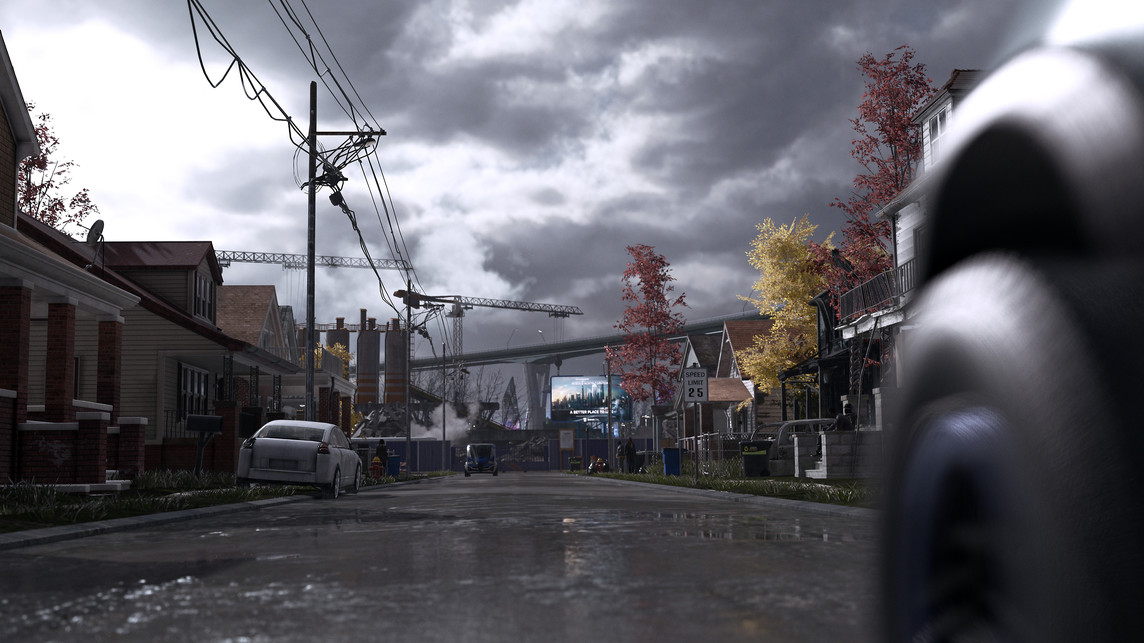 From Detroit's dilapidated structures to its richly detailed street art and majestic old buildings, Quantic Dream has translated the essence of the city into an environment that drives the game forward at every moment of the narrative.

Detroit: Become Human finds the city in the midst of another technology-based renaissance, with industry beginning to thrive and boom once more. While mass-produced automobiles revolutionized American industry and society, the introduction of artificial life has proven even more monumental.

It's also highly misunderstood, despite advanced research and billions of dollars invested in the industry. As it was when the likes of Ford and General Motors began their ascent, or when robotics began upending the entrenched auto industry, some citizens haven't bought into the new android-powered reality. They don't appreciate having their jobs "stolen" by second-class non-citizens, more computers than living creatures.

The distrust and segregation seems to color the city. Even on a sunny Midwestern day, Detroit appears ominous and  foreboding. 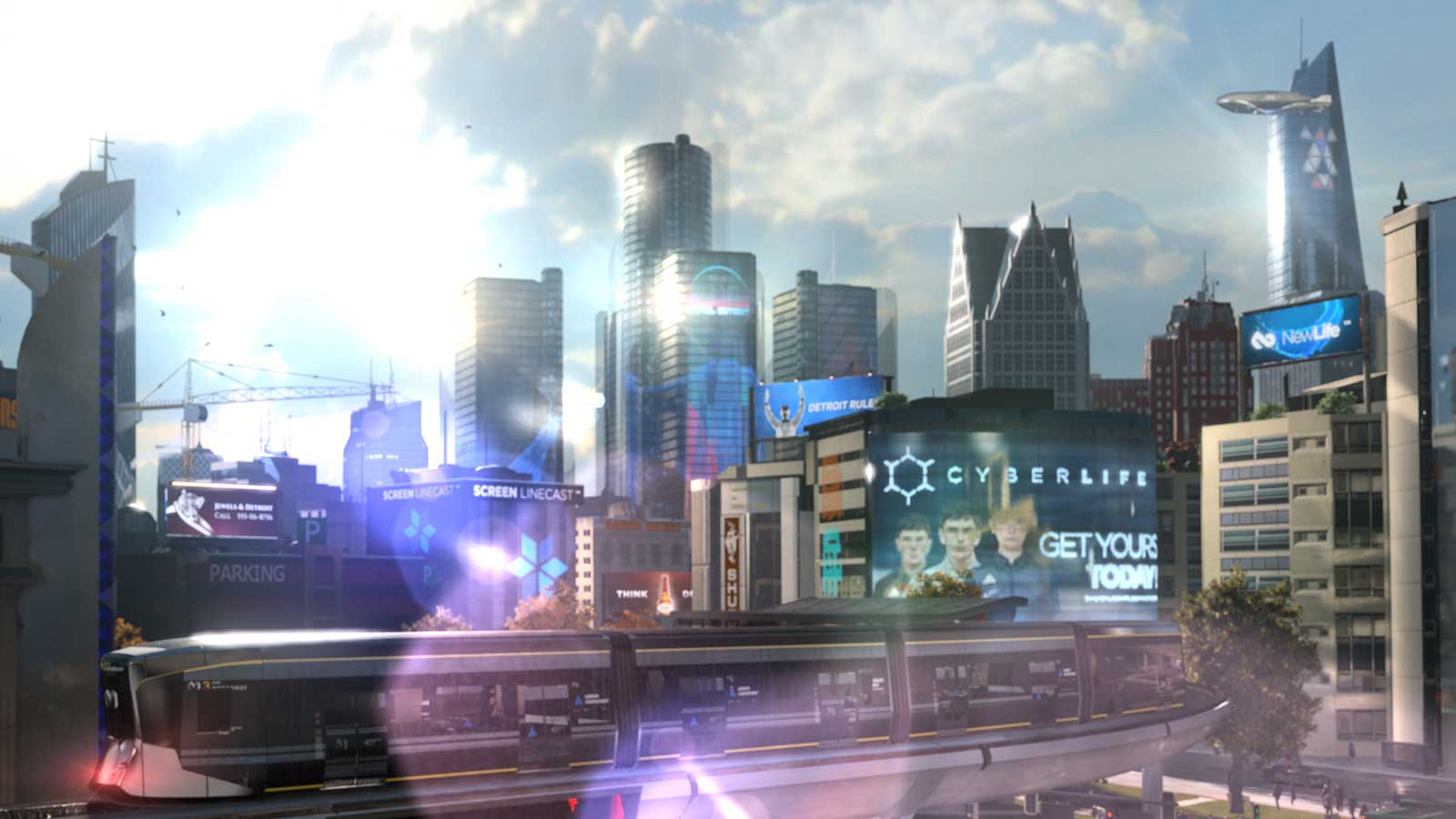 Like Grand Theft Auto, which grounds its dramatic action in highly explorable neighborhoods, Detroit: Become Human is chock full of localized detail. From the high-rise apartment building introduced at the game's beginning to line of shops you visit to pick up paint as the android Markus, many locations take inspiration from real-world version Detroit. The Philips apartment on Park Avenue is home to a particularly harrowing hostage situation involving a domestic android named Daniel that takes place early on in the game.

The headquarters of trillion-dollar corporation CyberLife, which manufactures the androids shipped throughout the city in-game, can be found on a fictionalized version of Belle Isle, a massive island halfway between Canada and the U.S. in the Detroit River. In real life there's no looming tower, but Belle Isle is home to a museum, aquarium, and state park, amongst other attractions.

According to the game's lead writer Adam Williams, the team took great pains to make sure the in-game city of Detroit felt just as real as actually traveling there yourself.

“The design team and David went to Detroit and brought back a tremendous amount of research material,” he told the PlayStation Blog. “Not just pictures, but accounts from people who lived there, to get a sense of what the city was actually like." These accounts were used in turn to help color the city with an authentically Detroit vibe.. 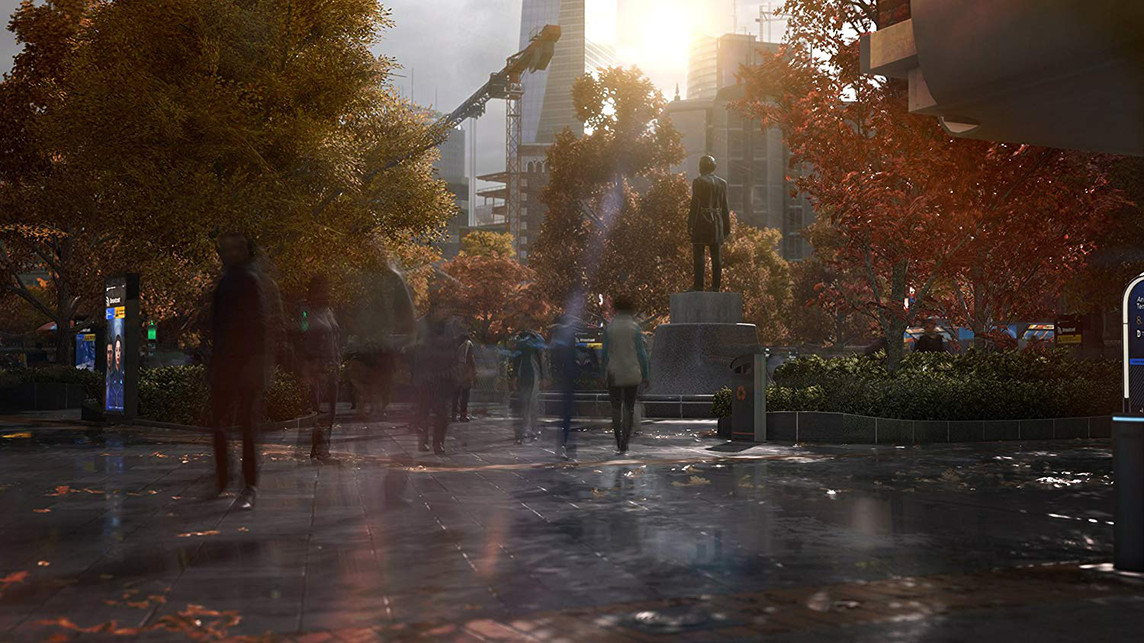 “Obviously we have real places like Capital Plaza, as well as many areas based on real locations. And there’s a sequence in the game where Markus has to travel through an abandoned district – and that was inspired by a lot of the unoccupied urban sprawl in Detroit.”

Many of the locations and landmarks have had their names changed to keep up the sense of futuristic fantasy, but it's easy to see where many of these locations got their original names, especially if you're a local.

“It’s vital that the world feels real – not just as Detroit, but its society in general,” said shooting director Benjamin Diebling.

So the next time you're leading the robot uprising as Markus, Kara, or Connor, stop and take in the scenery. You'll see an ideal setting for a tale of the android revolution: a living, breathing organism, exciting and realistic, lovingly recreated and enhanced in all the best ways. If the future of artificial life looks anything like Detroit: Become Human, we welcome our new android overlords.