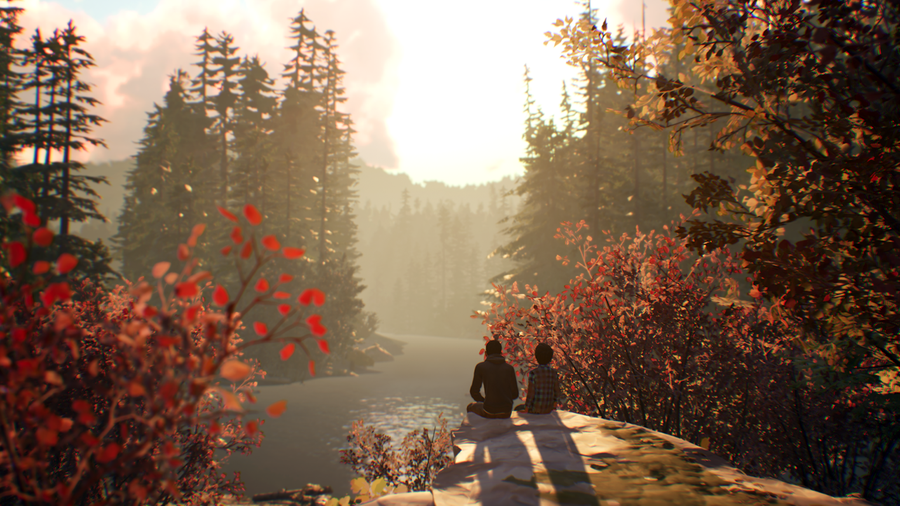 There are plenty of choice-based video games out there, but few dig into the subtleties of everyday human drama like the “Life Is Strange” games.

So far there have been three, developed by French studio Dontnod Entertainment and published by Square Enix, all set in the moody environs of the Pacific Northwest. The original 2015 “Life Is Strange” follows Max Caulfield, a teen in a fictional Oregon town who discovers she has the power to rewind time and must use it to save the life of her best friend, Chloe Price, and solve a rash of mysterious disappearances.

Its 2017 prequel, “Life Is Strange: Before the Storm,” centers on Chloe as she deals with her isolation and falls into the orbit of a charismatic new friend. The series is divided into seasons, and each season is divided into episodes, making the game feel like an interactive television show.

A New Perspective: Life is Strange 2

In 2018, Dontnod unveiled a new chapter in the franchise, “Life Is Strange 2,” which takes place in the same universe but departs from the lives of Max and Chloe to focus on a new cast of characters. The game’s five episodes were released over the course of a year-and-change, the first in September 2018, and the fifth and final episode in December 2019. The game is playable on most major platforms, including PlayStation 4, Xbox One, Microsoft Windows, macOS, and Linux. (As of last month, the first episode is now available to play for free.)

This time, the player steps into the shoes of Sean Diaz (Gonzalo Martin), a Mexican-American teenager, and his little brother, Daniel (Roman Dean George). The story begins in Seattle, where 16-year-old Sean and nine-year-old Daniel are enjoying a relatively carefree existence with their father, Esteban (Amador Plascencia).

But when an argument with their racist neighbor escalates, a passing policeman gets involved, pulling a gun on Sean and Daniel before fatally shooting Esteban when he tries to intervene on behalf of his sons. This is the moment Sean discovers that Daniel possesses telekinetic powers that allow him to move objects with his mind.

What follows is a dramatic journey south, as Sean and Daniel flee the police in hopes of finding safety in the coastal Mexican town where Esteban grew up. Their travels take them to places ranging from a homeless encampment in Humboldt County, California, to a fundamentalist religious community in rural Nevada. Along the way, Sean becomes a de facto father figure to Daniel, guiding him in how to use his powers and teaching him about the finer points of morality in a fundamentally unfair world.

Choose Your Own Adventure

Both seasons of “Life Is Strange” are decision-based adventure games, in which the choices you make range from the mundane (Cookies or potato chips? To flirt, or to hold back your feelings?) to the life-altering (Do you let Daniel use his powers to gravely injure someone, or do you intervene?). But that doesn’t mean there’s a right or wrong way to play; no matter what choices Sean makes (or rather, that the player makes for him), every potential outcome brings its own portion of success and calamity.

“There is no pre-defined right way to live — a person’s life is defined by the decisions they make,” co-creative director Michel Koch explained in an interview with Square Enix. “Some decisions may come to bite you, but you have to live with it. That’s what we try to emphasize in our games — it’s not our job to decide what’s right or wrong.”

Unlike the first season, whose conflicts are largely confined to the personal, “Life Is Strange 2” takes on an audaciously political scope by the very nature of its subject matter. Whereas the protagonist of the first game, Max, is a white girl in 2013 (which feels, these days, like a far less fraught time), Sean is a Mexican-American boy in 2016, a few months into Donald Trump’s presidency and the unabashed racism that came with it — particularly in regards to people of Latinx descent. It’s the story of two well-intentioned kids trying to get by in a world that is openly hostile to them, forced into impossible choices that they should never have to make.

Adding an extra layer to the challenge of telling this quintessentially American story is the fact that the developers of “Life Is Strange 2,” creative directors Koch and Raoul Barbet and writer Jean-Luc Cano, are all French. (Cano’s co-writer, Christian Divine, is the only creative from the United States.) In order to make the game as authentic as possible, Koch and Cano traveled to some of the locations where the game takes place and conducted interviews with Americans in minority populations who have been directly affected by systemic racism.

“It’s important for us, as developers, to be as accurate as we can be with these things, to be as honest and as sincere as possible. These situations are ones that real people face every day, in their real lives. So if we dealt with it lightly, that’d be disrespectful,” Cano said in an interview with LADbible. “We’ve put a lot of research into these subjects. We’ve had so many exchanges with people directly affected, people who face racism every day, in the United States and in France. We want to be as accurate as possible. We’re not being political to sell the game, explicitly, but it’s important to highlight these subjects.”

And the game doesn’t pull its punches. Playing “Life Is Strange 2” can be a deeply affecting experience, as Sean comes face-to-face with both incredible kindness and profound cruelty. Putting the player in Sean’s position, rather than as simply a watcher, drives home how impossible it is to make a “correct” choice in a system that’s rigged against you. In one particularly visceral scene in Episode 4, Sean is confronted by two combative white men on a deserted road and must decide whether to acquiesce to their racist demands or to stand up for himself and risk getting beaten up.

“The game we want to make is one that puts the player in front of hard situations,” Cano told LADbible. “When you watch a movie, you’re passive when you're being exposed to these things. In a game, I think it has more impact.”

Emotional choices, too, affect the outcome of the story in major ways. Players can choose, for example, whether Sean decides to confide in an estranged family figure who comes back into his life or to act coldly toward her. And in a refreshingly inclusive move, Sean can pick between two potential romantic interests — one a girl, the other a boy.

But the crux of “Life Is Strange 2” is the relationship between Sean and Daniel, as Sean is thrust into the role of guardian to his impressionable kid brother. The lessons the player chooses to teach Daniel — from whether it’s okay to swear, to whether violence is ever justified — have a profound impact on the person that the younger boy will eventually become. It’s a tricky line to walk, because Sean is, after all, still a teenager grappling with his own problems.

“We tried to use a lot of the own experiences of our team members and do a lot of research, also, to find how to portray brotherhood, how to try not to just have the perfect relationship,” Koch said in an interview with Shacknews. “Because we know that most of the time, brothers are fighting, loving each other one minute, and disliking each other the next minute.”

As high-stakes as the story can be, “Life Is Strange 2,” like its predecessor, revels in small moments, encouraging players to take the time to stop and reflect rather than crashing through to the next plot beat. And the visuals are frequently stunning, from a towering redwood forest to a decaying cabin in the snow. A mechanic built into the game gives Sean, a burgeoning artist, the option to stop and sketch the things he sees into his notebook. The game rewards patience, curiosity, and emotional intelligence, because Dontnod’s ethos seems to be that while life is, indeed, strange, it’s also frequently beautiful.

“It’s good to have this wide spectrum of video games — some that are just entertainment, and some that more difficult, and tackle hard subjects,” Cano told LADbible. “But I think a video game can make people change their minds. They can make people think again, and think differently, about certain topics.”