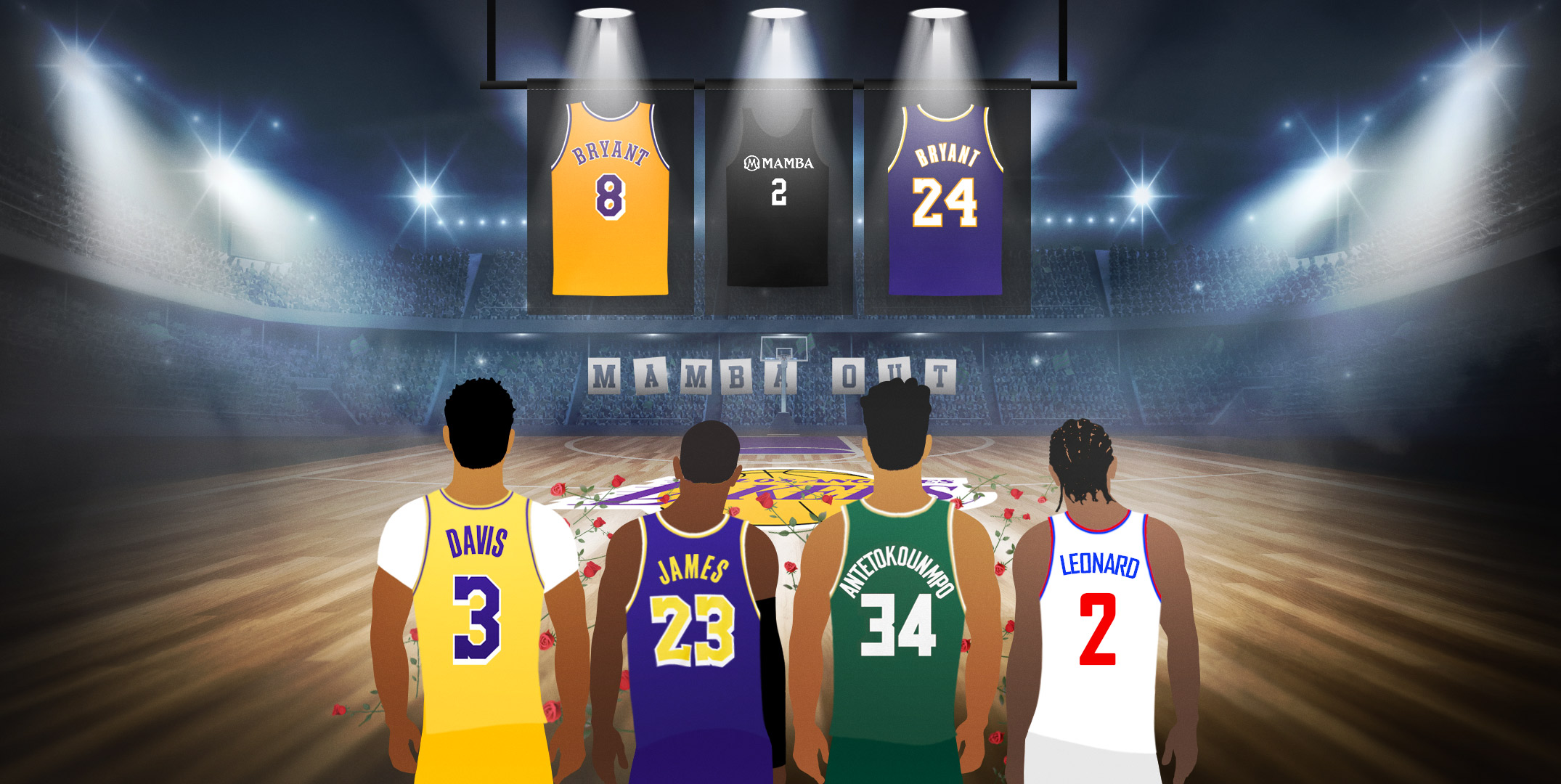 The period immediately following the tragic death of Kobe Bryant and his daughter Gianna in a helicopter crash last month, has been characterized by profound national mourning and reflection. Fans and non-fans alike have joined together to remember a brilliant life of achievement.

On the morning of his death, Kobe was on his way to the Mamba Sports Academy training facility in Thousand Oaks. If the Staples Center, where a public memorial will take place on February 24, is a tribute to Kobe's past, the Mamba Sports Academy is a nod to the future of his legacy. The entrance to the 100,000 square-foot training facility is adorned with the emboldened insignia of a Mamba snake eating its own tail, curled around a capital letter M.

As fans will recall, it was during his tumultuous 2003-04 season that Kobe began referring to himself as Black Mamba, which quickly became his alter-ego. From then on, the Mamba Mentality entered the zeitgeist as a mantra, and became a philosophical measure of grit. Evoking wholeness and infinity, the Mamba ourosboro seems to take on an even more profound meaning in the aftermath of Kobe's death.

Excited to bring a holistic training approach to young athletes and help them reach their full potential. Let’s do this! Check us out ... link in bio. #mambamentality @mambasportsacademy

In retirement, Kobe could have easily immersed himself in his venture capitalism firm or his Oscar-winning media production company, Granity Studios. He could have chosen to retreat from public life and enjoy the idle time, as many do. Instead, he became an affable, sage mentor to a new generation of professional athletes––nationally and internationally.

His premature death on Jan. 26, marked an abrupt end to this new chapter of his life, post-career. But, his voice will continue to resonate with young players across the globe, and his epilogue will continue to be written by those whom he touched––both on and off the court.

In the short-term, the remainder of this NBA season will serve as a month-long homage to Kobe. The NBA has modified its All-Star uniforms to honor Kobe, so both teams will wear his No. 8 and No. 24 jersey numbers. Additionally, the All-Star Game will also adopt a version of the Elam Ending, in which the clock gets turned off for the final quarter. Then, a Final Target Score will be determined by taking the leading team’s total cumulative score through three quarters and adding 24 points.

A clash of Kobe acolytes in an NBA Finals is the best tribute to a man whose mantra derived from his obsession with excellence. Yet, that’s exactly what may occur. The franchise Kobe won five titles with over 20 years has the best record in a loaded Western Conference. LeBron James tattooed a Mamba and Mambacita tribute onto his left thigh and vowed to continue his legacy through him. On a superficial level, their relationship may seem limited to James' brief tenure in Los Angeles, but that would be selling their bond short. Before they were teammates on Team USA in 2008 and 2012, James followed in Kobe's footsteps as a heralded preps-to-pros phenom. In the modern media environment, Kobe and James were the two most visible pro athletes ever due to them matriculating from teenagers to washed fathers before our eyes.

The tributes haven’t stopped there. Kobe's aura lingers around the Staples Center. James evoked his memory during the third quarter of a loss to the Houston Rockets by mimicking an in-game reverse dunk in transition that Kobe performed 19 years ago in the same situation.

Kobe somehow spawned a generation of acolytes in the NBA, then mentored a slew of contemporary athletes. He discovered a like-minded grinder in a young Giannis Antetokounmpo of the Milwaukee Bucks. When Kobe was dishing out Mamba Challenges prior to the 2017-18 season, he overlooked Antetokoumpo. Finally, Kobe granted Giannis' request with a challenge to win Kia NBA MVP:

This season, the Milwaukee Bucks are establishing a hegemony in the Eastern Conference and appear poised for a clash with the Lakers in the NBA Finals. Since getting eliminated by the Toronto Raptors in the 2019 Eastern Conference Finals, Giannis has accepted his first MVP and has the Bucks on pace to challenge the regular season wins record.

In conversation with Adrian Wojnarowski of ESPN, Giannis explained why he doesn't fraternize with his fellow players. "Was [Kobe] ever close?" Giannis asked, alluding to his competitive edge. "Was Kevin Garnett ever close with the guys he played agains? Or [Michael Jordan]?" True, Kobe was ruthless on the court. But once he realized his career was coming to an end, he let his guard down.

Eye know y’all are watching over us with all of the angels and ancestors. Keep us whole and fulfilled. No goodbyes, only see you soon! ?? 2•24 The Alchemist

Through his faithful acolytes and incredible global influence, Kobe's Mamba imprint remains and appears headed for a renaissance in the afterlife.