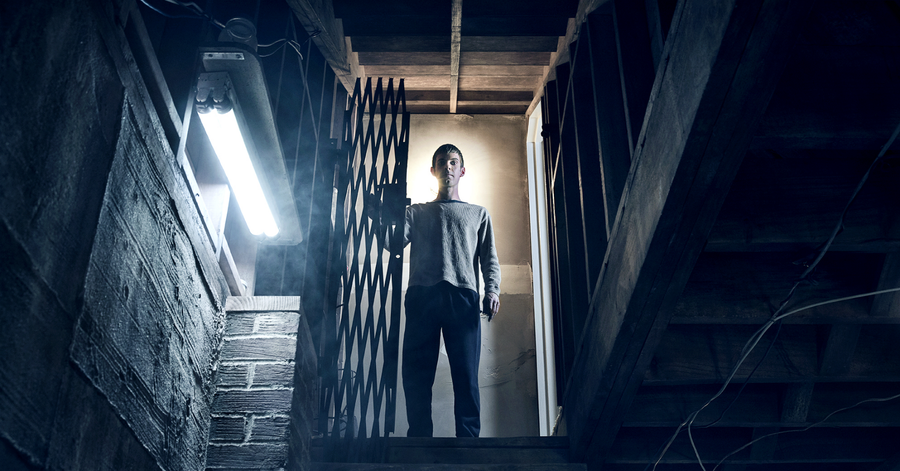 The Music of Mr. Mercedes

It’s a cold Ohio morning, 3 AM, and desperate job seekers are lining up for work. A kind man with a sleeping bag, a young mother with a newborn, a gruff jerk with a folding chair. The infamous Mercedes pulls into view and the audience’s dread grows. Headlights are turned on. There is momentary confusion. Then there is panic, and scrambling, and bloodshed.

And there is silence.

“I knew I didn't want to embellish it with an action score.” Said director Jack Bender, of the choice to keep the scene music free. “ I didn't want to glamorize it. I wanted it to be hard-ass and real, like if you were there.”

Bender carried this choice throughout the first season of the Audience original Mr. Mercedes, keeping the score diegetic - no music is present that the characters are not hearing. As a rule, it grounds the audience in the world of the show or film. Without the subliminal cue that what you are watching is stylized storytelling (Rocky's training montage, anyone?), it's harder to remember that what you see isn't real. The technique was used, arguably most famously, in the helicopter scene from Apocalypse Now to throw us in to the horrors of war as participants more than spectators. In the job fair scene, it gives you no escape from the screams of the victims.

Obviously, a bold stylistic choice like this forces the musical direction of the show to be very intentional with the music they choose to enhance the story. Bender and his team had to find creative ways to incorporate music into show organically. It’s shown early on that Bill Hodges (Brendan Gleeson) owns a meticulously cared for album collection, a detail which was added for the show. While born out of convenience, the album collection has become a revealing insight into Hodges’ character, as “one of the only things that [he] takes care of in his messy life.”

For Brady (Harry Treadaway), Bender wanted to highlight that the character who’s hiding so much of himself from society, needs a way to release some of that energy. We first meet Brady as he’s rocking out in his car to The Ramones’ “Pet Sematary” (which is, itself, an ode to Stephen King’s book of the same name). The first few takes, were too restrained for Bender’s vision. “I said, ‘Yell it!’ and he then went for it.” Bender told us, saying he encouraged Treadaway to not worry about sounding good and to “just f**ing rock out.”

Only using music as the characters would hear it in daily life, has become an even greater challenge in Season 2. Hodges’ music will have to do the heavy lifting, as Brady is in a coma now. Keep an eye out for Hodges’ record choices to speak more for his character.

If you want to relive some of the music from Mr. Mercedes, Jack Bender and music supervisor Tricia Halloran have put together a Spotify playlist for your listening pleasure.