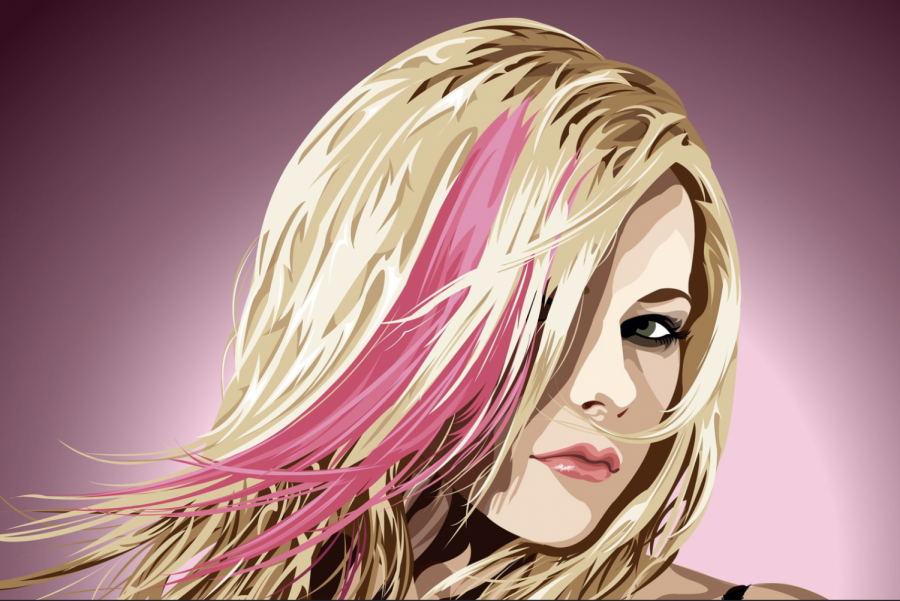 In 2007, in a high point of fame for Canadian pop-punk star Avril Lavigne, “Girlfriend” debuted as the lead single for her third studio album.

After plenty of radio play, a spot on Just Dance 2 (as a duet where you literally throw punches), and one of the very first downloads to the MP3 player I got for Christmas, “Girlfriend” rocketed to cultural significance.

While the English track is still featured on popular playlists today — the call and response of “Hey, hey, you, you” and “I don’t like your girlfriend” is a modern Marco Polo — the “Girlfriend EP” slipped under the radar.

“Hey, hey, tú, tú, odio a tu novia / No no, no no, necesitas una nueva / Hey, hey, yo, yo, podría ser tu novia” Lavigne shouts on the aptly titled “Girlfriend - Spanish Version” track, one of the most popular from the EP. This EP features 25 versions of the hit single, including seven — yeah, seven — different languages, clean and explicit. You can stream “Girlfriend” with a French, German, Italian, Portuguese, Japanese, Mandarin, and, of course, Spanish chorus at no extra cost to you, your family and friends.

And, to my absolute astonishment, seven was the lowball goal for Lavigne’s producers and record company. “We tried Hindi twice but the diction and the meter of how you sing Hindi versus the western rhythms just didn’t match and we just couldn’t pull it off,” said Terry McBride, CEO of Canada’s leading record label Nettwerk Music Group, in a 2007 CBC report on the EP’s release.

If you’re a fluent speaker of any of these languages — or even if you took a couple of Spanish classes in high school — you’ll probably be disappointed by Lavigne’s delivery. MTV gathered a panel of people fluent in each language to critique and comment on her pronunciation and translation and most found the chorus to have fallen flat, with some translations sounding stiff and others incorrect, even with the help of vocal coaches and phonetic singing.

While this move isn’t new or surprising, stumbling across Lavigne telling me she could be my girlfriend in Mandarin was pretty startling, and made me think more seriously about when and why English-speaking artists, who don’t know a second language, decide to breach international waters — we’re talking Johnny Cash’s Spanish rendition of “Ring of Fire,” Charli XCX’s “Boom Clap” in Japanese, or Justin Bieber’s verse on “Despacito.”

When videos of Bieber singing “I ate a burrito” to the tune of the international hit “Despacito” surfaced online, cringe levels soared along with the obviousness of the money grab tied to foreign-language remixes. It seems that the motivation behind the release of these foreign-language versions — which I think is a bold title, seeing as Lavigne only re-recorded the chorus — was marketing. “Appealing to Asian fans is key with Lavigne’s new material,” the CBC said. While it’s true that some re-recording of music in new languages that the artists didn’t know — like the Beatles’ recordings of “She Loves You” in German after playing in Hamburg for years — come from a place of artistic passion and genuineness, but most seem to be hurried attempts at expanding the artists’ markets.

This becomes even more clear to me when considering other countries’ superstars. K-pop group BTS said in a 2019 article that they didn’t ever plan on recording songs in English: “We don’t want to change our identity or our genuineness to get the number one,” said RM, the only fluent English-speaker in the band, to Time magazine. BTS sings primarily in Korean, with some Japanese and a handful of English words from time to time, and still managed to top English-speaking charts and sell albums around the world.

In the middle of the COVID-19 pandemic, BTS went back on their word, releasing “Dynamite,” their first all-English song. Even so, the band went out of their way to not lose the “genuineness” they work so hard to preserve. “This is a situation that everybody else around the world is facing, so we just started to explore what we can do right now, what can we do really good?” band member Suga told USA Today on recording the positive, upbeat song.

Listening to “Dynamite” and “Girlfriend (Portuguese Version)” are very different experiences — while both artists are singing in languages unfamiliar to them, in “Dynamite,” you can hear the excitement and work behind the recording, whereas in the "Girlfriend" remixes, it’s more like someone busting out a bunch of homework assignments before the deadline. If English-speaking artists are going to compete on an international stage, they need to follow the lead of BTS (and other K-pop groups) — find what makes you sound the most honest and real, and record it.

This article was written by Jacqueline Mumford from UWire and was legally licensed through the Industry Dive publisher network. Please direct all licensing questions to legal@industrydive.com.