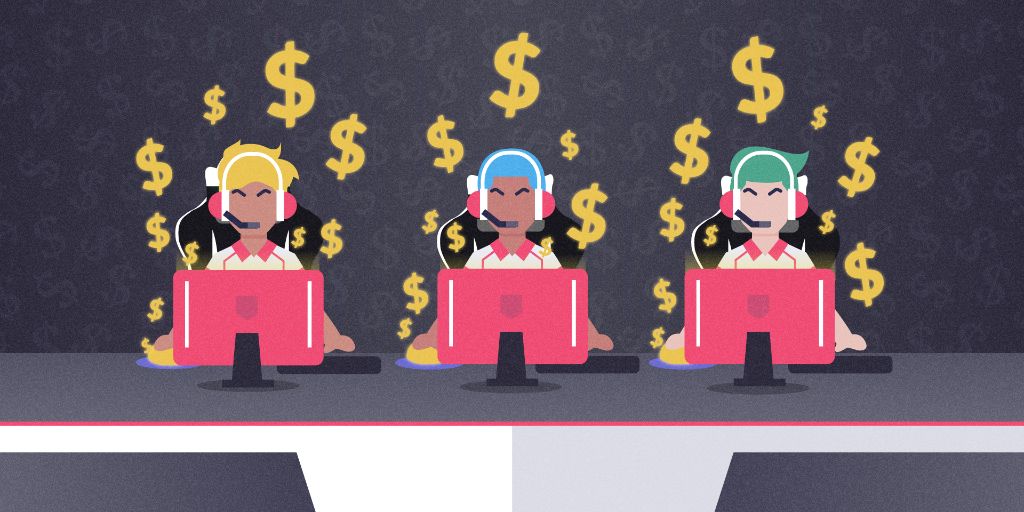 Nearly 50 years ago, a small group of students huddled around a PDP-10 computer in a tiny lab on the Stanford University campus in what is widely known as the world’s first video game tournament. The game was Spacewar, a death match video game in which players used glowing torpedos and jet boosters to try to destroy their opponent’s ship, floating in intergalactic space.

The first-ever eSports winner, computer scientist Bruce Baumgart, received a subscription to Rolling Stone. Even better, he earned bragging rights and the title of Intergalactic Spacewar Champion of 1972.

In today's eSports world, a prize purse like that wouldn't even be considered child’s play.

Kids have always been voracious video game players. In these games of strategy and reflexes, the pull has always been the same: test your limits, battle your friends, defeat the enemy, and give in to the compulsion to play “just one more round.”

But while some parents worry about the effects of too much time playing video games, others are encouraging more screen time for their kids. That's what happens when you can win $1 million-plus in a single eSports tournament.

The sport may not look taxing, but research has shown it takes its toll. Aside from extended periods of high stress, a study by the German Sports University found eSports competition produces about the same level of cortisol as that of a race-car driver. The high level of cognitive attention and motor skills also resulted in heart rates as high as 160 to 180 beats per minute—equivalent to a very fast run.

As a result, and with so much at stake, players of the most popular games (think: Fornite, League of Legends, Dota 2, CS:GO) are training like professional athletes. Aside from the standard 10-11 “working hours” getting better at their sport, players and teams are now putting in serious time in the gym to prepare their bodies and minds for the rigors of competition.

The world of eSports is now minting millionaires. Marketing research company Newzoo predicted the industry would surpass $1 billion in revenue in 2019, much of that coming in sponsorship deals, media rights, merchandise, and ticket sales. And while gamer payouts depend largely on the game played, how the player plays, and the tournament’s prize pool, average monthly salaries for pro gamers range from $1,000 to $5,000. League of Legends players can earn up to $15,000 per month.

But that’s just the beginning.

In 2019, a 19-year-old from Melbourne, Australia, won $4.62 million at The International, the world championships for the strategy game Dota 2. In the same year, Jaden Ashman became the youngest gamer to win $1 million in eSports earnings at just under 16 years old, dethroning Sumail Hassan, who’s made more than $2.5 million playing Dota and considers it his full-time job. The top 3 gaming earners in the world have each won over $6 million in their careers.

“It may seem extraordinary that you can now fill arenas with people who want to watch video games,” said Stewart Brand, the visionary and then-Rolling Stone writer who staged the first-ever tournament. “But it’s a perfectly reasonable outcome of what you could already see in 1972.”

While eSports tournaments now hold multimillion-dollar earning power, they’re still too infrequent and unreliable to be a consistent revenue opportunity. That’s why eSports athletes are tapping into diversified income streams.

Exposure equals awareness, and streaming gameplay for anyone to watch is a relatively new way to bridge that earning gap and build a career as a gamer. Many of today’s eSport athletes stream on Twitch, YouTube, or Facebook Live—and then post the recorded videos on YouTube, where they can cash in on paid subscribers, advertising partnerships, and cut-backs on streams. Streaming content on Twitch accounts for 1.8% of all internet traffic, and 7.58% of Twitch users are watching over 20 hours of content per week. That’s a lot of opportunity for gamers and game creators alike.

However, finding streaming success isn’t as easy as turning on a camera and hitting record. The most successful gamers are also savvy marketers—they invest in the right equipment, hone their online persona, and often need to rely on donations while they build a following and learn to monetize.

Even people who don't know much about sports can probably identify a few famous athletes because their names are so deeply embedded in our culture. eSports athletes have yet to gain that level of notoriety. The popularity of eSports athletes is measured not only by their prowess, but by their reputation and reach on social media platforms. The most recognizable athletes are those who play the most popular games, like League of Legends, Dota 2, CS:GO and Overwatch. Here are a few of today's top eSports athletes:

The impact on the industry

The rise of eSports isn’t just making money for those who play—it’s changing the way games are being created. Considering the most-watched games on Twitch and YouTube are generally the same titles heavily featured in eSports competition, game creators must consider how to make a game that is just as entertaining for the viewer as it is for the player.

Sports leagues and tech companies are also making huge investments in eSports partnerships, which makes sense considering eSports tournaments and teams are beginning to look and feel a lot like the NBA or NFL. By infusing integrated and interactive experiences into events and products, companies can tap into a highly engaged and innovative gaming community and help create the kind of permanent teams that fans can invest in long-term.

“That consistency and stability are really important for what we’re endeavoring to do,” said Nate Nanzer, commissioner of the Overwatch League in an article for The Verge, “which is to build a forever sport.”

When it comes to spy-centric fiction, all we typically get ...