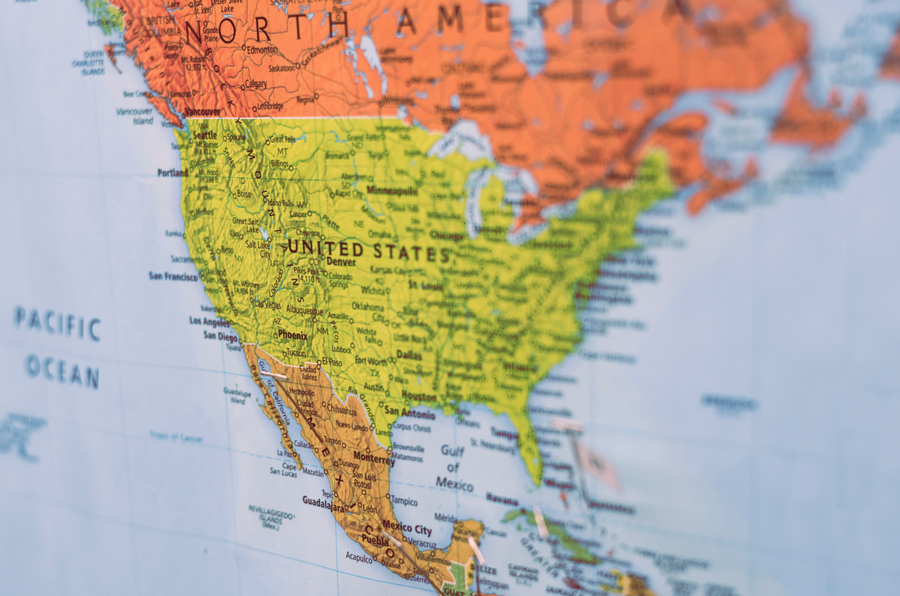 The Official “Why Are We Talking About This Now?” 2026 World Cup Predictions

If you haven’t heard yet, North America won the bid for the 2026 World Cup. Who knew an entire continent could host a World Cup? Fast forward to the year 3000 World Cup, hosted by Jupiter's Moon Alliance.

But not all of North America will be hosting, as the host countries will consist of Canada, Mexico, and some country called the United States of America. More details will be released, but what we know now about 2026 is that most matches will be played in the U.S. and the final match will be at MetLife Stadium, home of the other football-playing New York Giants and New York Jets, in East Rutherford, NJ. Other than that location, there is a long list of candidate host cities spread across the three countries that will be chosen in the near future.

The next eight years are tough to envision for U.S. soccer fans, though, especially with a struggling U.S. men’s team that has zero budget compared to other countries. So let’s try and look past all that uncertainty and foresee what the 2026 World Cup will look like. Here is the official "why are we talking about this now?" predictions for the 2026 tournament.

1. U.S. Soccer fans will continue to complain A LOT about all the flopping

The art of flopping, an attempt to sell a foul, is ingrained in the fabric of soccer around the world, except in the United States. Flopping is looked down upon by American sports fans, viewed as a method of cheating, and we only ever really see it in the NBA.

Some great floppers you may have heard of are LeBron James, Manu Ginobili, and Dwyane Wade, but none of them can compete with the absurdity of the flopping that occurs in soccer stadiums across the rest of the planet. To make matters worse, soccer announcers normally don’t even address the flop, which will rightfully infuriate American soccer fans. When you’re watching soccer in eight years, remember to take deep breaths, and please don’t throw things at the TV. You will regret it and so will your bank account.

2. The Song of the Summer will be the “I Believe That We Will Win Remix”

The United States Soccer Federation will task Steve Aoki, DJ Khaled, and Justin Bieber to collaborate on the creation of a United States soccer anthem for the 2026 World Cup. The song will be centered around the “I Believe That We Will Win” chant, with a music video featuring Steve Aoki’s patented cake throwing, Justin Bieber brushing his hair back, and DJ Khaled on an elliptical. The song will quickly rise to the top of the charts as a certified banger and will easily win the coveted Song of the Summer designation for 2026.

3. Odell Beckham Jr. will be featured in a ton of World Cup advertising

Odell has shown signs of a rather gifted right foot over the past few years. He has spent time with a multitude of soccer teams around the world, showcasing his skills on the pitch. In eight years, he will likely be at the tail end of what will be an illustrious career with the Giants, still a megastar in front of the camera, and will be a hot promotional commodity in an effort to recruit American football fans to watch the rest of the world’s football on home soil.

Without naming names, the political leaders of Canada and Mexico apparently do not currently like the political leader of the United States. These tensions will most likely continue to rise over the next eight years, as intercountry tariffs and a certain big wall are sure to create an ever-growing divide between the countries. While new leaders will be in place by 2026 to forge new relationships, the 2025 Trump vs Trudeau celebrity boxing match is sure to heighten the discord within the host committee.

5. The United States will qualify and win it all

Yes, you heard that right. You currently may have absolutely zero faith in the USMNT, but guess what? They bought their way in for 2026! The host nation is always an automatic qualifier. The U.S. has historically performed extremely well when hosting the Winter Olympics, Summer Olympics, Women's FIFA World Cup, or Men's FIFA World Cup.

The 2026 World Cup will be no different and the USMNT owes the U.S. fanbase a good showing. Considering what this team has already put U.S. soccer fans through, here’s what the plan should be for the U.S. team for the next eight years – purposely lose every game, drop to the lowest ranking of any World Cup qualifying team ever, pool all U.S. citizens’ tax returns for the next eight years into a single bet on the U.S. to win the 2026 World Cup as the biggest underdog of all time, then go win the World Cup to pay your country back for the pain you’ve put it through.

All winnings from the bet will be split evenly among the U.S. population. That’s a World Cup win and a fixed economy all at the same time. 2026 is going to be a great year.