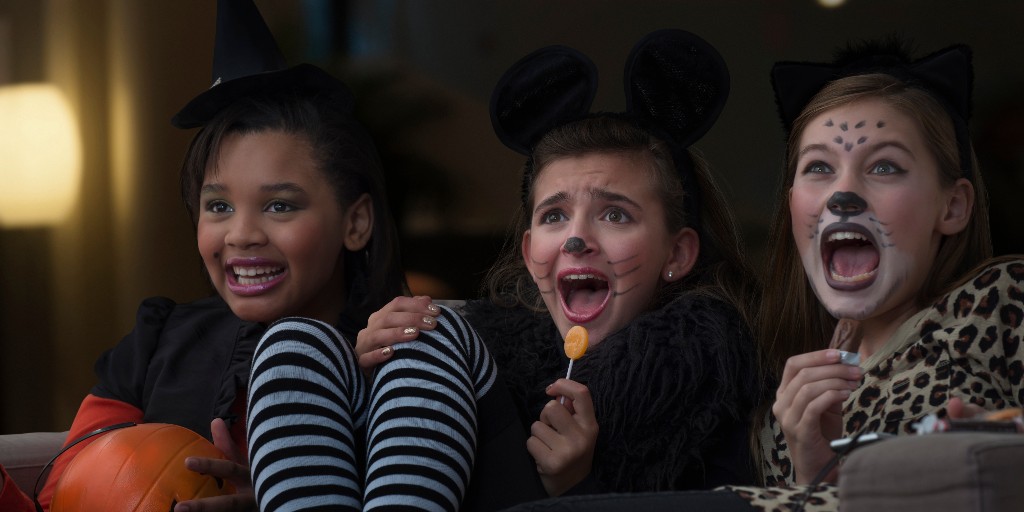 The Top 10 Halloween TV Episodes, From ‘Friends’ to ‘South Park’

The leaves are turning, the thermometer is dropping and pumpkins are popping up on people's front porches, which can only mean one thing — fall is here, and with it comes one of the most fun holidays of the entire year. Halloween is the perfect holiday for people of all ages because if you like to be scared, there's no shortage of haunted houses and scary movies to scratch that fear itch, but if you don't like to be scared, it's just fun to dress up and get free candy.

Television has a long history of offering up some of its best work for All Hallows Eve. With that in mind, we would like to highlight our Top 10 Halloween episodes that are definitely worth checking out or revisiting this spooky season.

A show about vampires better have some good tricks up its sleeve for Halloween and "Buffy" did not disappoint. The iconic season two episode "Halloween" showcases new sides of each character as they all end up turning into the real-life version of their costumes. It also heavily features breakout character Spike (James Marsters), and was the first time viewers met recurring villain Ethan Rayne (Robin Sachs).

"Buffy" earns extra credit overall since it featured two other great Halloween episodes over the course of its seven seasons: "Fear Itself" and "All the Way."

Halloween is a great holiday for sitcoms and "Brooklyn Nine-Nine" came out of the gate strong with its season one "Halloween Heist" episode. The show has stayed with this theme in every subsequent season, with the characters competing in an elaborate heist to prove who is the ultimate genius in the 99-squad. The showrunners even found a way to do a "Halloween Heist" in seasons six and seven, which started airing in the spring.

"Community" really found its footing in season two and "Epidemiology" was a big reason why. The premise for this Halloween entry is a classic Greendale parody of various horror movie tropes by way of a campus-wide infection/zombie outbreak stemming from some expired military rations. It's a hilarious send-up of all the classic horror movie tropes.

"Friends", The One With the Halloween Party (Season 8, Episode 6)

While Thanksgiving is definitely the holiday "Friends" is best known for, the NBC sitcom did offer up a classic Halloween episode in season eight, centering on Ross (David Schwimmer), who is dressed as "Spud-Nik," and Chandler (Matthew Perry), dressed as a giant pink bunny, arm-wrestling to decide who would triumph in a fight.

"The Rocky Horror Picture Show" is an iconic Halloween cinematic experience, but it is also not super appropriate for children and tweens — the sexual content gets fairly racy, though there is no nudity. But if you'd like a family-friendly way to do "The Time Warp," check out this season two episode of "Glee," with its broadcast TV-safe version of "Rocky Horror," complete with John Stamos making a guest appearance as biker Eddie.

Neighborhood haunted houses are a Halloween trope for a reason — they make for great TV. In season two, "Modern Family" did a great twist on this theme when Claire (Julie Bowen) and Phil's (Ty Burrell) haunted house is too scary for the neighborhood trick-or-treaters. There's also a funny subplot that involves Haley (Sarah Hyland) putting on increasingly skimpier Halloween costumes, including Sexy Mother Theresa. Yes, really. It is a very funny, sly commentary about the outrageous things people will dress up as for Halloween.

Bonus points for the fact that "Modern Family" managed to pull off a great Halloween episode in almost every season.

From season two to season four, "Pretty Little Liars" began airing a Halloween special during their regular fall hiatus as a fun way to tide fans over while they waited for the show to return. "The First Secret," from season two, is definitely the best installment of these because it gives viewers great insight into Alison (Sasha Pieterse) and her minions prior to the start of the series. Also worth checking out:  "This Is a Dark Ride" from season three and "Grave New World" in season four.

We're going to give it up here — "Roseanne" is the best TV show for Halloween episodes, bar none. The show kicked things off in season two with "Boo," where Roseanne (Roseanne Barr) and Dan (John Goodman) pull increasingly scary pranks to try to outdo one another, and the family puts on a haunted house for the trick-or-treaters. "Roseanne" kept right on going for the next seven years of the best tricks and treats on TV, a running theme being that nobody could pull one over on the title character.

Bonus points for the recent "Roseanne" re-boot "The Conners" keeping the tradition alive with annual Halloween episodes as well.

"The Simpsons" Treehouse of Horror episodes are right up there with an annual Halloween tradition that rivals the best offerings on TV. The fifth one, which aired back in 1994, still stands the test of time with residents of Springfield doing send-ups of "The Shining," a scary version of "It's a Wonderful Life" meets "Back to the Future," and a grisly take on "Soylent Green."

"South Park" is another comedy that has taken full advantage of Halloween over the years with a great Halloween episode nearly every season. The best has to be the season 10 episode "Hell on Earth 2006," which skewers MTV's "My Super Sweet Sixteen" by having recurring character Satan (Trey Parker) desperately trying to plan the best Halloween party.

Other notable entries include "A Nightmare on Facetime," "Sons A Witches," "Pinkeye," and "Korn's Groovy Pirate Ghost Mystery," which is an incredible homage to "Scooby-Doo."