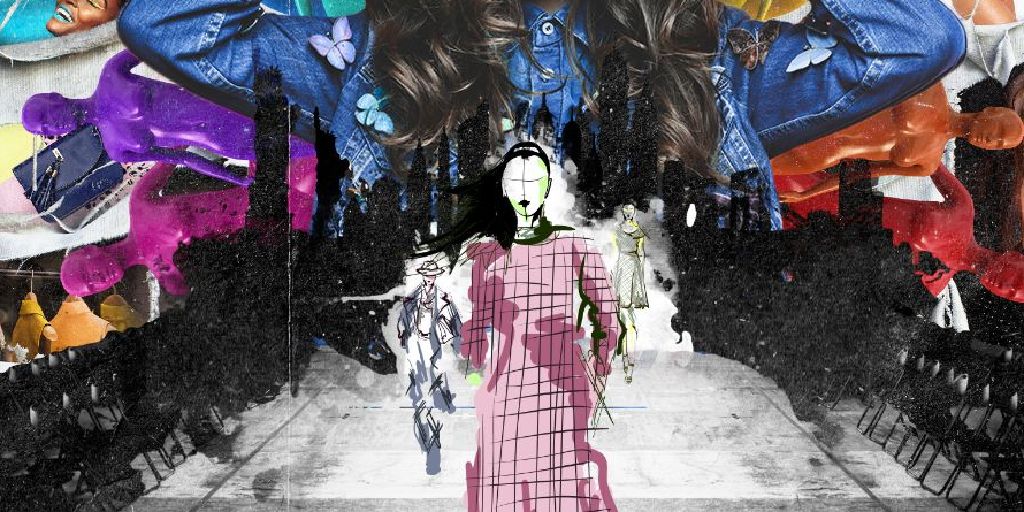 Let’s face it — fashion has a female problem. While the industry is dominated by women’s apparel, and supported by female dollars, men still run the majority of major fashion houses and brands. And though more than 80% of fashion design graduates are women, less than 20% of major brands are headed up by female executives. In the climb from entry-level positions all the way up to C-suite, only a few women succeed in reaching the top.

Every year, this inequality is reflected on the runways of New York Fashion Week. That said, there are still some incredibly successful women leaving their mark on the industry. Let’s take a look at some of the top women designers worth following during NYFW 2020.

Arguably one of the most recognizable female designers in the US, Nicole Miller launched her label in 1982 and has since grown it into a global brand, offering everything from women’s apparel to home goods. Known for bold graphics, luxurious fabrics, and unique silhouettes, her designs prioritize high-quality construction, proportions, and draping. She credits art, cinema, and architecture as some of her key inspirations, and always shows pieces that are just as sexy as they are classic.

Another powerhouse in American fashion, Anna Sui knew she wanted to be a fashion designer at just 4 years old. After attending Parsons in New York, she worked at several labels in the city before launching her first collection in 1981. By the ‘90s, she had developed a cult-like following thanks to her grunge-fashion aesthetic, and was able to scrape together her first runway show in 1991. The success of that show solidified her place in the fashion industry and set her on her way to creating the fashion empire we know today.

Alice & Olivia was founded by Stacey Bendet in 2002 when, in search of the “perfect pair of pants”, she showed a pants-only line introducing the label’s signature low-rise bell-bottom pants in bold colors and patterns. This launch received almost immediate success and was carried in Barneys New York that same year. Staying true to the bright, playful, feminine aesthetic inspired by 1970s fashion, Alice & Olivia has since expanded into gowns, shoes, tech accessories, and handbags.

Going thru all of the amazing photos from today and there are hundreds so for now I will just post this one of me looking valentine ready testing all of the lights in each set before we staged the models!! ?❤️?❤️ @nyfw @cfda

After designing an iconic bag dubbed the “Morning After Bag'' in 2005, Rebecca Minkoff’s company (co-founded by her brother, Uri) quickly took off. The first ready-to-wear collection debuted in 2009 and has since grown into a respected global brand known for its subtly-edgy, downtown aesthetic. After taking a hiatus from NYFW in 2018 to work on RM Superwomen, a project focused on encouraging women around the world to be brave and courageous, Rebecca Minkoff returned this year to present a Fall/Winter 2020 collection.

Rodarte is an LA-based brand founded by sisters Kate and Laura Mulleavy in 2005. It's now known for creating meticulous pieces that are as much artwork as they are apparel. Inspired by everything from gothic art and renaissance sculpture, to horror films and anime, the design approach has garnered both accolades and criticism. With numerous awards and several of their designs in museum collections across the country, they've solidified their place as one of the top US fashion brands.

Chromat was founded in 2010 by Becca McCharen-Tran and has since made a significant impact on the world of swim and athletic wear thanks to bold, architectural-inspired swimwear that’s focused heavily on empowering women through size inclusivity. The powerful designs have since been worn by numerous celebrities and musicians, as well as being featured in several magazines. Chromat’s cutting-edge designs are all about challenging beauty ideals, as evidenced by runway shows that are filled with people of all sizes, races, ages, and gender identities.

Want to know what it takes to start a fashion brand? This Thursday, Feb 6 #Chromat founder @beccamccharentran is sitting down with the founders of @universalstandard @henning and @coyanstudio to talk about the challenges and triumphs of starting a label. RSVP in our stories (space is limited). See you there, and at the pop up we're hosting this Fri and Sat! 192 Mercer St.

One of the newer labels in New York fashion, PH5 is an innovative brand that is pushing the world to reconsider knitwear. Founded in 2014 by Wei Lin and Mijia Zhang, PH5 is an edgy-yet-feminine brand that utilizes computer programming to create intricate patterns and innovative treatment of yarns. This advanced use of technology results in a contemporary line filled with structured silhouettes, intricate fabrics, and futuristic touches.

Moments from yesterday’s presentation. We wanted to take our guests right up the snowy slopes to the perfect winter getaway, and channeled the irreverent spirit of a modern day Slim Aarons. It’s this carefree, lighthearted attitude of Aarons’ that we were hoping to capture. At the end of the day, riding the slopes in style or dressing the part while drinking hot toddies by the fireside sound equally fun to us! #ph5 #nyfw #fw20 #slimaarons

Systemic changes always tend to be slow. But between established female designers helping to pave the way for the next generation, and new designers boldly making a name for themselves, the future of fashion looks bright. And, hopefully, decidedly more female.