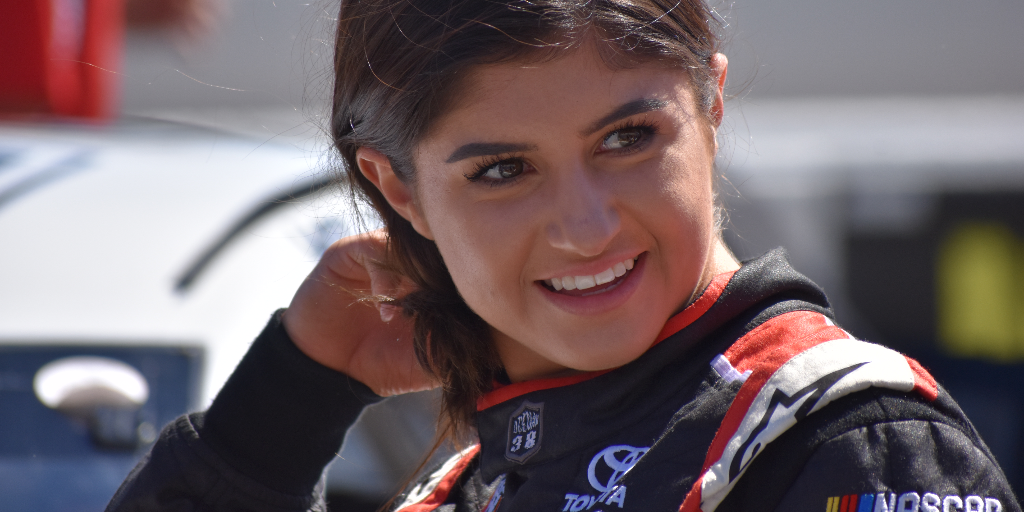 The Women Who Are Helping to Restore NASCAR

NASCAR’s got a bit of a problem, and the women can fix it.

This past weekend, Nov. 16-17, Denny Hamlin, Kyle Busch, Martin Truex Jr. and Kevin Harvick hit the racetrack at Homestead-Miami Speedway for the 2019 Monster Energy Series Championship. Not only were there not any women racing in the league’s premier-level Championship, but there haven’t been any women racing in NASCAR’s Cup Series since Danica Patrick’s retirement in 2018, leaving only 16 women ever to have driven in the Cup Series. But the scant number of female drivers hasn’t stopped women from being involved in the sport in major ways. In fact, women, who are so underrepresented on the track, appear to be just be what NASCAR needs to right its ship.

It’s no secret that for the past several years, NASCAR, which has been racing cars since 1948, has seen a steady decline. There has been a decline in ticket sales, a decline in TV ratings, and a decline in sponsorships since its peak in 2005. Some blame NASCAR’s expansion into different territories; some blame the Great Recession of 2008; some blame the $30 million price tag it costs to field a car. Wherever the blame lies, after spending the day at ISM Raceway, the site of the 2020 Championship, I’m convinced that the women of NASCAR have the solution.

During the last playoff event of the season, NASCAR and ISM Raceway hosted women from my group GladiatHers, as well as the Phoenix Suns, the Arizona Diamondbacks, the Arizona Cardinals and Phoenix Rising FC, for Women at the Track. Attendees toured and hung out in pit row, met with female drivers and pit-crew members, checked out garages and spoke with an all-women cast of NASCAR and ISM Raceway executives.

One of the women on hand to speak to the group, who just happens to be one of the most influential women in NASCAR, was ISM president Julie Giese. Before taking over the reins at ISM, she was tasked with overseeing the design and project management of ISM Raceway’s $178 million renovations. Giese also spent 12 years overseeing consumer marketing, branding, creative, advertising, digital, public relations and event entertainment for Daytona International Speedway. With so many years in racing, you might expect Giese to be caught up in the old ways of NASCAR. Instead she is poised to blend the traditional brand of NASCAR with the future.

“We are excited to bring new fans into NASCAR. The renovations to ISM are aimed at making race day a more fan-friendly, engaging experience. … With 40% of our fanbase being women, we are developing ways to bring families out to enjoy races. … [But while] we’re focused on the new, we are also making sure to engage our tried-and-true fanbase and are acknowledging the culture and community that surrounds ISM.”

That sense of marrying the old with the new is one that is echoed in the NASCAR corporate offices. It’s the formula that NASCAR believes will bring it back to its glory days. One way that NASCAR plans to do that is by using Hollywood. Danielle Owens, NASCAR’s director of entertainment marketing and music, has been charged with using the music and entertainment industry to build a national brand awareness that crosses cultures, locations and lifestyles. That task, Owens acknowledges, is not an easy one.

“My job is to expand on the brand of NASCAR in a way that makes sense. And that can be tricky because every track is different, which means all of the  communities surrounding the tracks are different. So we want to infuse NASCAR into the culture without its feeling awkward … . Sometimes that means bringing in new fans and sometimes that means reconnecting with old ones.” That’s how Charlize Theron ends up at one race and Migos at another.

But Owens and her team aren’t the only ones keeping their attention on culture and NASCAR. While Owens and Giese are focused on creating the perfect mix of old and new; Caryn Grant, manager-multicultural development, and Jordan Leatherman, senior account executive-multicultural development for NASCAR, spend their time attracting groups that are outside of the traditional realm of NASCAR, like people of color and women.

“So many times when we host groups at our tracks people say, ‘I’ve lived up the street from this track my whole life and have never once thought to come to a race!’ Then they have an amazing time. We are trying to make sure that we let people of color and women know that NASCAR is fun, entertaining and a space where they are welcome.”

The Multicultural Development division isn’t just concerned with getting new fans through the gates, they are also responsible for diversifying the track and front office through NASCAR’s Drive for Diversity program. The program facilitates entry into NASCAR for interns, drivers and pit-crew members who are female and/or come from communities of color. And the women who have participated in the Drive for Diversity program are putting new faces to racing and opening up the sport to a new fanbase.

For instance, Drive for Diversity alumnae Hailie Deegan (K&N Pro Series Driver) and Brehanna Daniels (first black female tire changer) are proving themselves to be worthy competitors by training with and successfully competing against men. While their work on the track is primary, it might be the work they are doing off the track to develop their brands that is most helpful to growing the NASCAR brand.

Deegan, with over a half a million followers on Instagram, is exponentially drawing in fans by creating a personal brand that supersedes her job as a racer. And Daniels, former NCAA Division I basketball player and Titan Games competitor, is the epitome of crossover appeal; putting national eyes on NASCAR’s pit.

NASCAR may have been slow on shifting with the culture, but the women of NASCAR are ensuring that it catches up and is able to cash in on the changing times while continuing to make space for the amazing people and culture that originally gave NASCAR its identity. The women in the front offices, on the track and in the pits are changing the way we view and digest NASCAR for the better. So when NASCAR once again becomes a household name, thank the women.

This article was written by Cecelia Townes from Forbes and was legally licensed through the NewsCred publisher network. Please direct all licensing questions to legal@newscred.com.