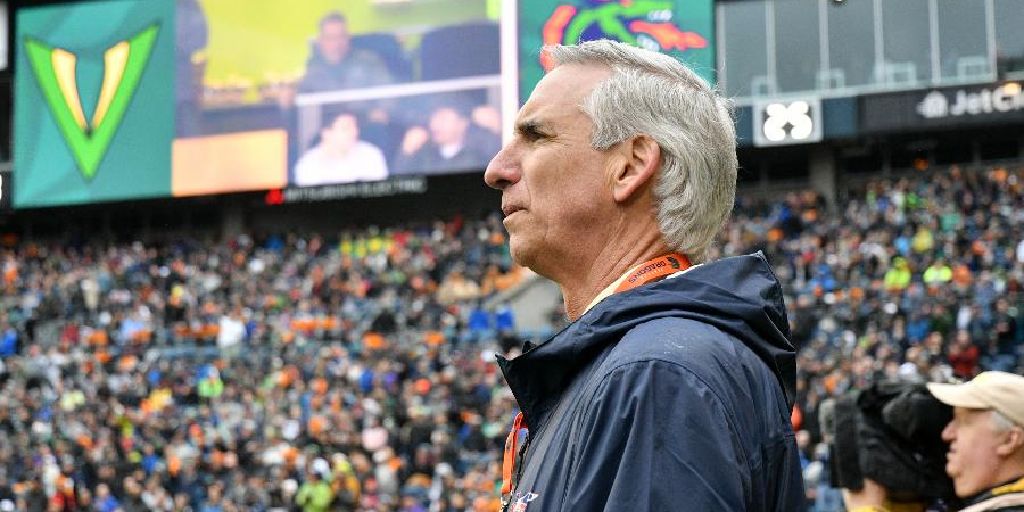 Painter Pablo Picasso famously said, “Good artists copy. Great artists steal.” His point was that the marginally talented attempt to do something exactly like someone else. The innovators—the true geniuses—borrow an element from someone else in order to create something else entirely.

If that’s true, then Oliver Luck and the people behind the XFL must be geniuses. Not only has the upstart football league successfully borrowed from elements of the NFL experience we all know and love, but they have innovated in key areas. The result is a surprisingly fun brand of football that’s easy to watch.

“No one has a trademark on good ideas, we can learn from everybody,” Luck told reporters just before last week’s inaugural games. “Like any start-up, it is going to take some time.”

I love that Luck calls the fledgling league a start-up because it certainly has that flavor to it. It’s changes have made a game I already loved more enjoyable. For instance, the XFL incorporates two more officials than the NFL —a “ball judge,” whose sole responsibility is making sure the ball is spotted and set seven seconds after a play ends, and a sky judge, who talks to the head referee during the game about correct rulings on the field.

And if that’s not enough, the conversation between the sky judge and the on-field judge is part of the in-game broadcast, VERY different from the NFL. And the XFL loves mics—not only are the refs wired but so are coaches and players, which allows viewers at home to hear offensive coordinators calling plays into the huddle.

But the biggest tweak isn’t a tweak at all—it’s a wholesale innovation that might be the biggest change to the game since the forward pass. “Our kickoff,” Luck told NPR’s Michele Martin last weekend, “when folks tune in on ABC or Fox this weekend, they’ll see a kickoff that looks different.

“As we looked at all of the rules that we’ve implemented, all of our differences, our innovations compared to the National Football League, we think that it makes more sense because we are safer, quite honestly.”

Luck told The Athletic’s Andy Staples that the new kickoff format came about because they were “trying to solve for two things: how do you keep kickoff returns in the game? And how do you make it safer?”

As Staples writes, “The answer? Kick the ball from the opposite 30-yard line, but line up the coverage team and the blockers five yards apart in the receiving team’s territory on the 35- and 30-yard lines. No one can move until the ball has either been caught by the returner or has been on the ground for three seconds. This way, blockers still engage potential tacklers and can still open a hole that can spring a return for a touchdown, but no one is colliding with a 30- or 40-yard head of steam. Essentially, the league has found a way to make the kickoff safer and less boring at the same time.”

I love that last line—safer and less boring. Essentially, Oliver Luck and the XFL sat down, studied film, and came up with an answer that only a start-up culture could create. Without the restrictions of a long-established brand, the XFL didn’t feel the gravitational pull of “this is how it’s always been done” and saw an opportunity to innovate and add value that the NFL has missed.

And the NFL has missed it—after all, it’s not like Luck and his team had decades of XFL film to analyze for their new rule. As he told Staples, they watched NFL kickoffs to come up with their plan.

But that’s what the Great Ones do on their journey to success. They understand their circumstances and look at every avenue for an advantage. As a result, the XFL saw value where others saw what they’ve always seen, and it’s already turned heads. Staples piece for The Athletic called for all other football leagues—including the NFL—to adopt the XFL model.

Not bad when a start-up turns an industry on its head after one weekend.

What Luck and the XFL have done is something you can do as well. You don’t have to be the giant in the room in order to lead culture change or innovate. You simply have to be willing to look at things differently, to seek out the value other people overlook, and then bring that value to the front. Let everyone else copy. You should steal.

I’ve watched XFL games each of the last two weekends and enjoyed it enough that I’ll be back watching next weekend too. Maybe Luck’s experiment will stick, or maybe it will fade after one season, much like the original XFL. Only time will tell.

But one thing we do know today—whatever happens, the XFL and Oliver Luck may have changed football forever, all because they were willing to see what others won’t. That’s what the Great Ones do.

This article was written by Don Yaeger from Forbes and was legally licensed through the NewsCred publisher network. Please direct all licensing questions to legal@newscred.com.