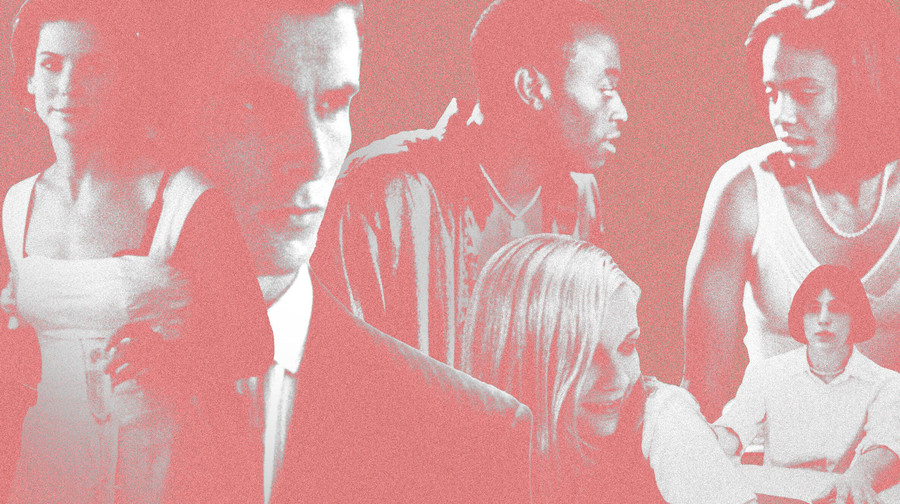 This Time 20 Years Ago, The Movies Worth Remembering Were All Directed By Women 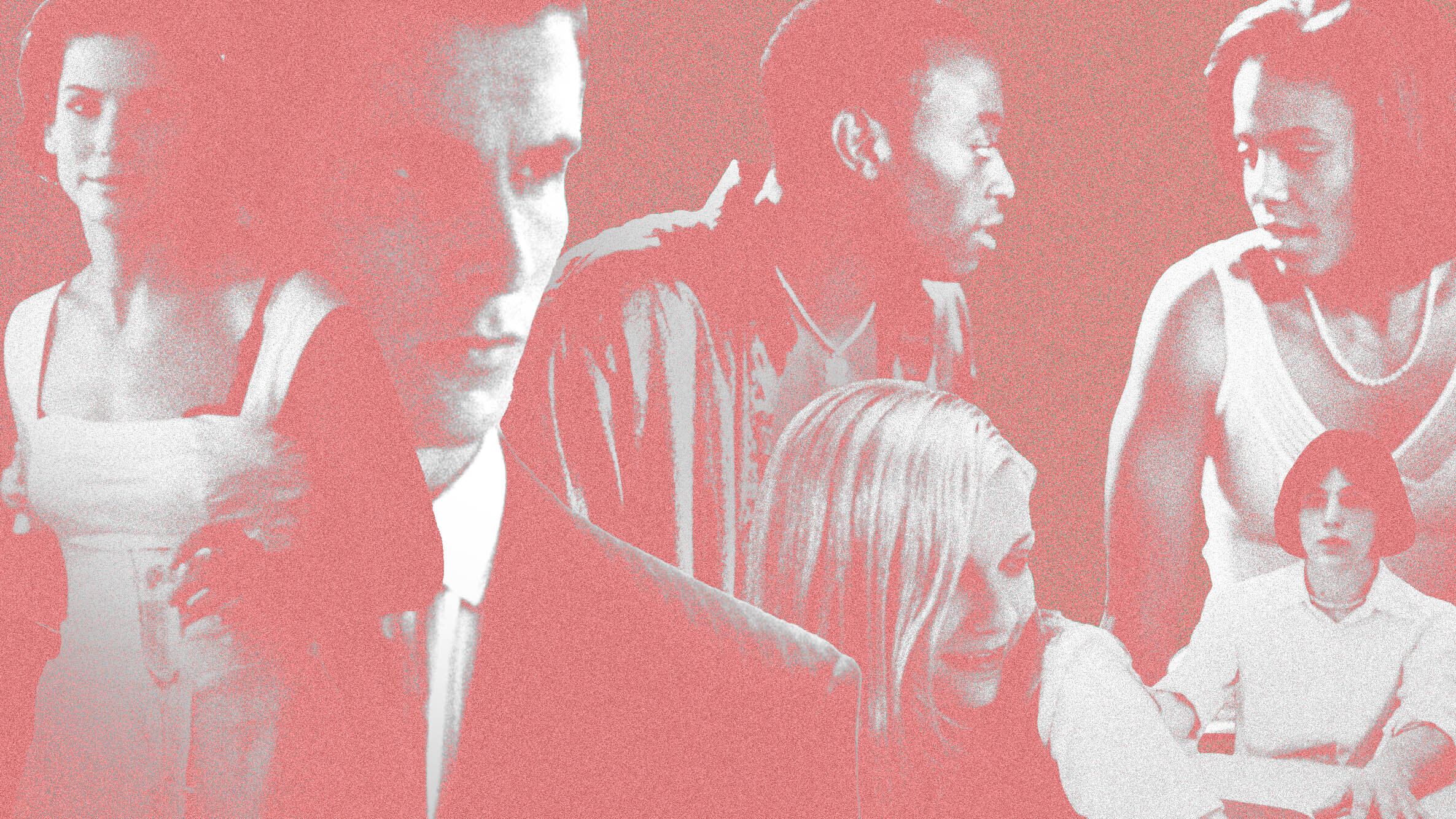 This time 20 years ago, the box office was torpedoed by two bland war movies: “Rules of Engagement” (a Vietnam War drama starring Samuel L. Jackson and Tommy Lee Jones) and “U-571” (a World War II submarine thriller with Matthew McConaughey). Both were accused of peddling inflated, borderline-xenophobic ideas about America’s military achievements. Today, their cultural footprints are negligible.

You know what shouldhave been No. 1 in April 2000? Any of the four movies directed by women that went on to become modern classics by comparison. On April 14, we got “American Psycho” and “28 Days.” April 21 brought “Love & Basketball” and “The Virgin Suicides.”

This was, to say the least, an anomaly. Two consecutive weekends featuring two preeminent releases not helmed by men? It’s practically unheard of, even by 2020’s standards. A couple — “28 Days” and “Love & Basketball” — came close to besting those war squadrons, but as is often the case, the movies that ruled the day would soon be dethroned in our collective memory. Good riddance.

The quartet in question can tell us a lot about where Hollywood was at the time and where it has gone since. These movies comprise a veritable buffet of genres, diverse in subject, tone, style and personnel. You could have visited a multiplex that April and marathoned movies with wildly differing sensibilities, few of which would get made by a major studio now. (“Erin Brockovich,” “Keeping the Faith,” “Final Destination,” recent Oscar champ “American Beauty” and the Bonnie Hunt-directed “Return to Me” were all kicking around the Top 20, too.)

“The Virgin Suicides” and “American Psycho” are literary adaptations that present stark-naked portraits of a country haunted by its own culture. The former — directed by first-timer Sofia Coppola — is about five suburban teenage sisters cloistered by their stern Catholic parents in the post-Watergate ’70s, and the latter — directed by Mary Harron, an indie darling thanks to 1996’s “I Shot Andy Warhol” — revolves around a wealth-obsessed Manhattan serial killer hacking his way through the excess of the Reagan ’80s. Neither could be called comfort food. 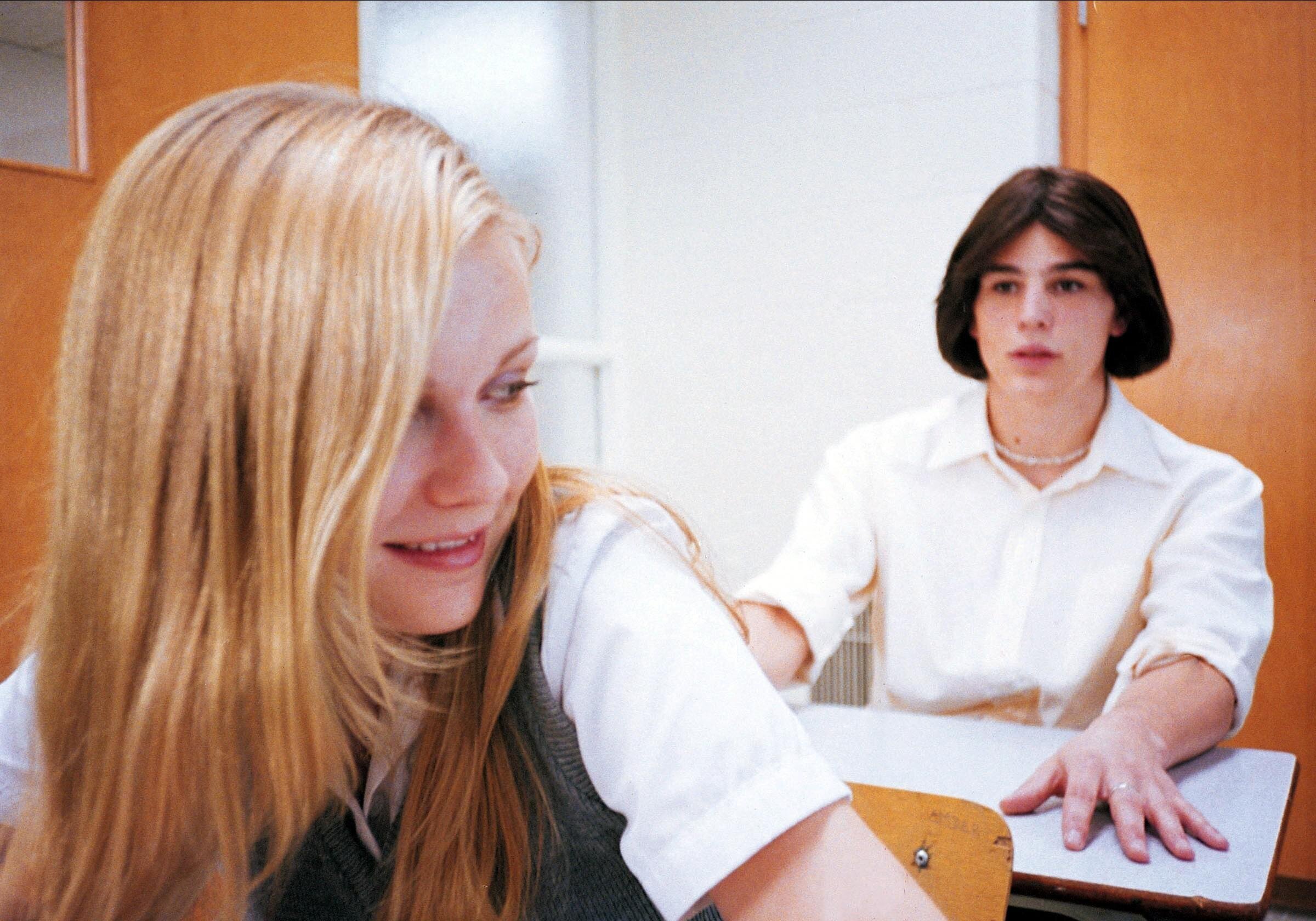 Kirsten Dunst and Josh Hartnett in "The Virgin Suicides."

Like the novels on which they’re based, Coppola’s and Harron’s films are narrated by male observers. “The Virgin Suicides” uses an unnamed chronicler (Giovanni Ribisi) as a proxy for the neighborhood boys (remember an oh-so-cool Josh Hartnett strutting down the hall to Heart’s “Magic Man”?) who find themselves in the Lisbon sisters’ bewitching thrall. Coppola wrote the script because she adored Jeffrey Eugenides’ book and thought doing so would be a fun challenge. She casts her heroines as mythological beings, their cursed history filtered through others’ memories. As far as movies go, it’s an anti-coming-of-age story, bypassing the genre’s many clichés. The girls, led by an ethereal Kirsten Dunst, spend a lot of time lazing around their bedrooms, frolicking in wheat fields and generally trying their damndest to feel like normal kids — a quest that ultimately kills them.

“When I was starting with ‘Virgin Suicides,’ I wanted to make something about young women because I felt they weren’t always depicted in a way that I could relate to,” Coppola told me in 2017. “Besides [John Hughes movies like ‘The Breakfast Club’ and ‘Sixteen Candles’], there were always 35-year-olds playing teenage girls.” 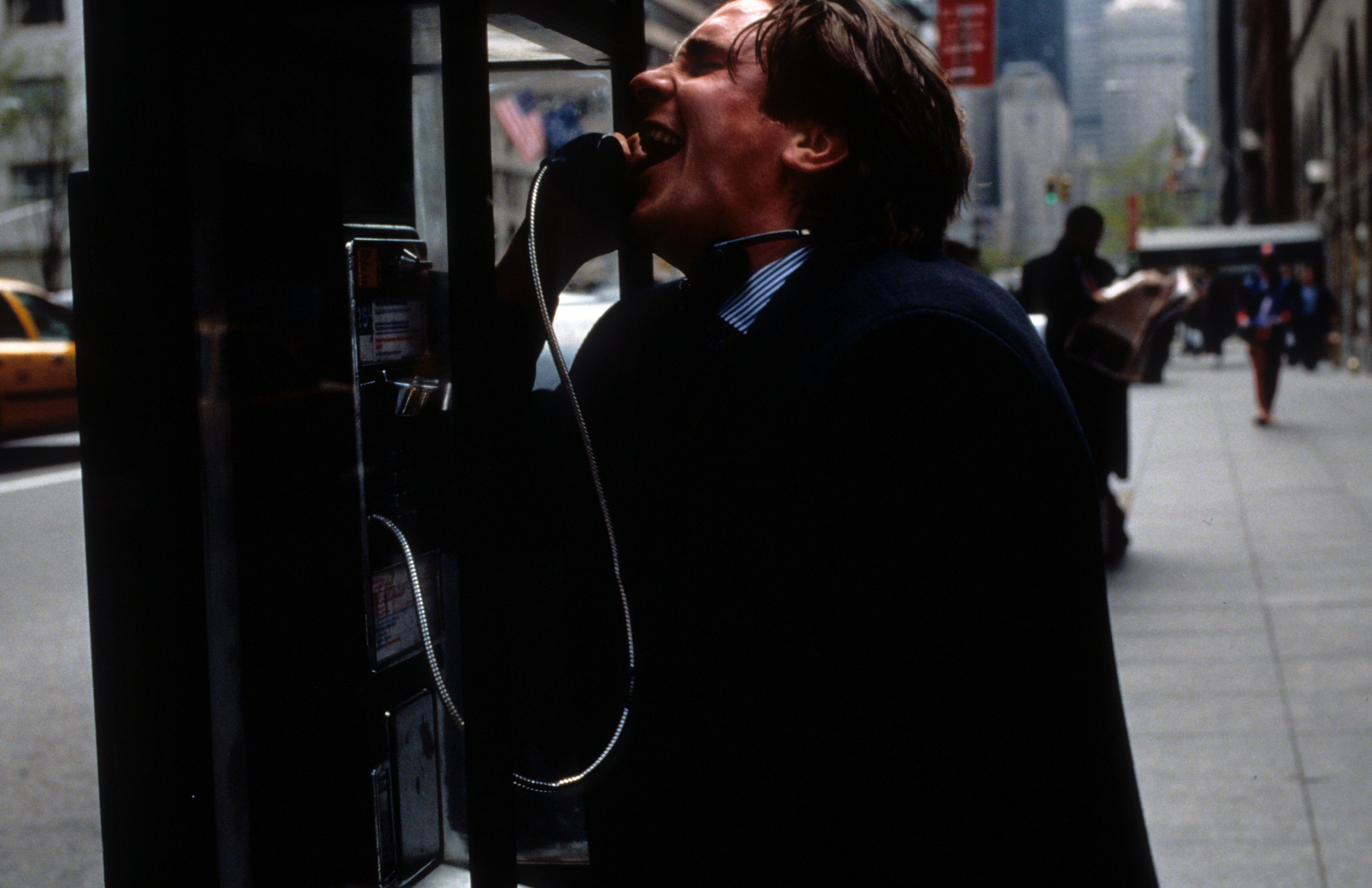 The narrator of “American Psycho” is also unreliable, but there’s a key difference: He’s recounting his own life, perhaps hyperbolically, as it unfurls. Harron shares Coppola’s affinity for well-manicured imagery, which suits Patrick Bateman (Christian Bale), a demented investment banker whose colleagues use their plush apartments and the quality of their business cards as dick-measuring contests. Harron, who co-wrote the script with Guinevere Turner (“Go Fish”), trains her camera on Patrick’s perfectly toned body, punctuated by ultra-sleek interiors that scream luxury. He thinks he’s cool, but really he’s a trite corporate stooge high on the decade’s economic exuberance. Patrick would have been disgusted by the Lisbons’ drab house and all its personal touches.

“American Psycho” was ferociously controversial when it opened, as was Bret Easton Ellis’ 1991 book. The movie is still sometimes misunderstood, though the aspirational references to Donald and Ivana Trump may better clarify how much of a wannabe Patrick is. Skeptics deem the film misogynistic because Patrick mutilates so many women, but he whacks men, too, including a smug automaton played by Jared Leto. What Harron sought to do — and I’d argue she succeeds — was critique hypermasculine competition, wherein Patrick’s murder spree is just another way for him to believe he’s one-upping his peers. She described “Psycho” as “a comedy of manners of a decadent, crazy world of money and privilege.”

Along the way, the respective studios behind “American Psycho” and “The Virgin Suicides” didn’t know what to do with the movies. Lionsgate wanted to drop Bale for Leonardo DiCaprio, but Harron rightfully insisted that DiCaprio was too young and heartthrob-y for the part. So the studio dropped Harron instead, and DiCaprio courted a number of male replacements (Oliver Stone, Martin Scorsese, Danny Boyle). He later dropped out to make “The Beach,” and Lionsgate relented to Harron’s vision, rehiring her with a smaller budget than the one allotted for the DiCaprio version. Had she not directed the film, applying a delicious satirical lens to the grisly proceedings, I’m not sure we’d still be talking about it today.

Similarly, Paramount Pictures worried that “The Virgin Suicides” would prompt copycat suicides. In 2018, Coppola said that’s why the film peaked at a modest 275 screens and grossed $4.9 million. But her built-in name recognition as Francis Ford Coppola’s daughter immediately boosted her profile, and Coppola was talented enough to rise above Paramount’s hesitancy. (Her follow-up, “Lost in Translation,” made her only the third woman to be nominated for the directing Oscar.) In both cases, the studios should have trusted the women they’d hired and the audiences they were wooing. 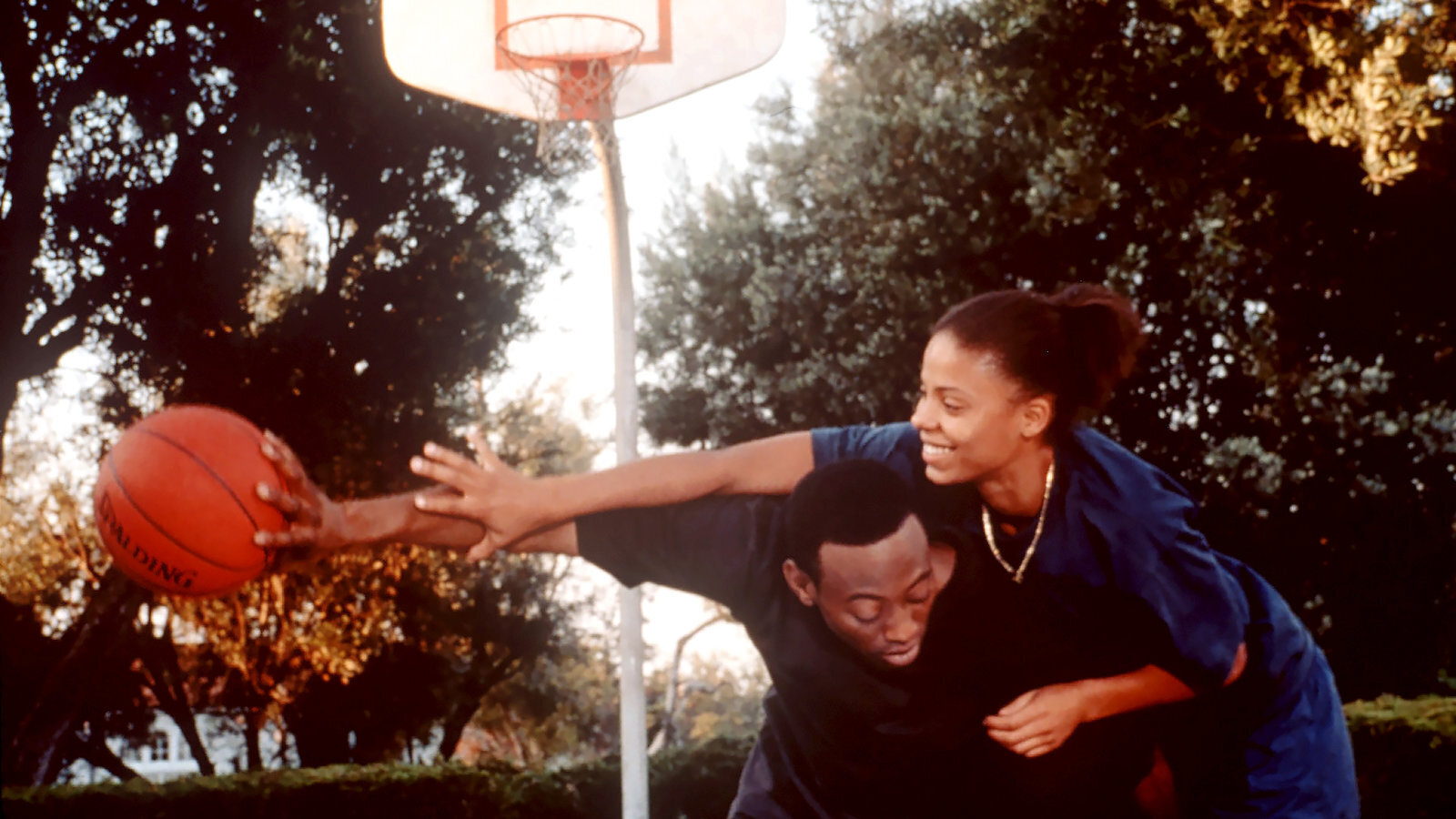 Somewhat surprisingly, “Love & Basketball” and “28 Days” didn’t face nearly as many hurdles. I say surprising especially for the former. The list of films directed by Black women that had received significant theatrical distribution contained precious few entries: Euzhan Palcy’s “A Dry White Season” (1989), Julie Dash’s “Daughters of the Dust” (1991), Kasi Lemmons’ “Eve’s Bayou” (1997) and Maya Angelou’s “Down in the Delta” (1998), none of which lit up the box office. “Love & Basketball” made newcomer Gina Prince-Bythewood the first Black female director with a bona fide hit to her name. She did so not by eschewing genre conventions à‎ la Coppola and Harron but by blending hallmarks from two mega-popular forms: the sports drama and the romantic comedy (2000 was also the year of “Remember the Titans” and Nancy Meyers’ “What Women Want”).

Prince-Bythewood’s experiences making “Love & Basketball” could not have been more different from Harron’s. After greenlighting the project, New Line Cinema, a mid-level studio that built its reputation on the “Nightmare on Elm Street” franchise, left her alone to construct the film as she saw fit. Prince-Bythewood found a winning formula by avoiding anything too sportsy or too romantic. Her protagonist, the USC-bound athlete Monica (Sanaa Lathan), satisfied a feminist ideal without seeming like something out of a fairy tale. She got the guy (Omar Epps at his most strapping) and the game (a career in the WNBA).

“28 Days” is the highest-grossing of the bunch ($93 million worldwide in today’s money), and also the weakest. Audiences flocked to see Sandra Bullock, an A-lister by way of “While You Were Sleeping” and “A Time to Kill,” portray a disorderly alcoholic rediscovering herself during a court-mandated rehab stint. At the time, Betty Thomas was the most profitable female director in history, having made “The Brady Bunch Movie,” “Private Parts” and Eddie Murphy’s “Dr. Dolittle.” 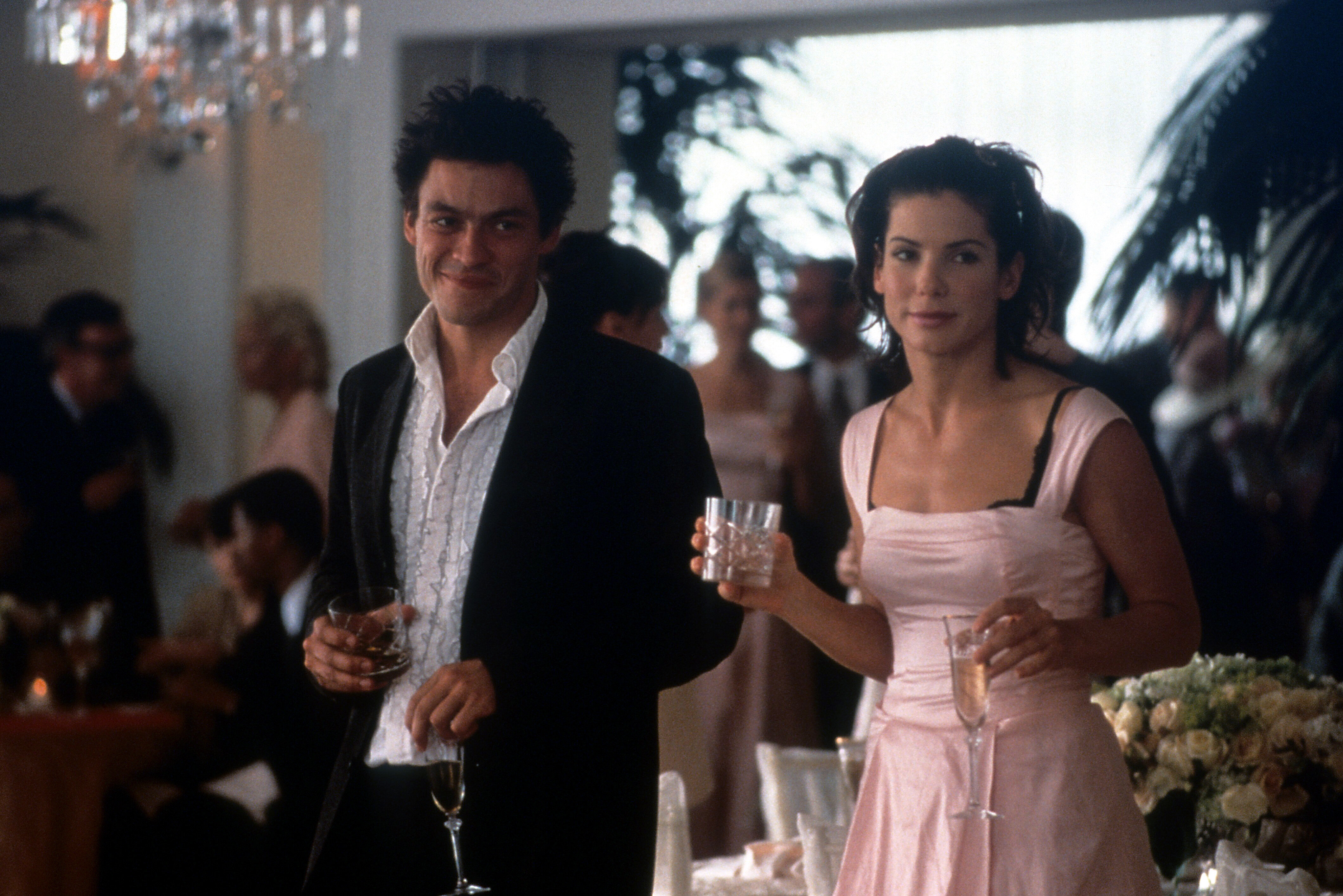 Thomas seemed fairly indifferent about “28 Days” even after she’d finished it, admitting the mid-budget dramedy was “flawed” and saying she took the project only because the other script she’d been working on wasn’t finished yet. (Susannah Grant, who’d also penned “Erin Brockovich,” wrote it.) Despite the mishmash of tones leading to mixed reviews — there are good bits throughout, but the comedy isn’t funny enough and the drama isn’t affecting enough — Thomas was the most vocal in her objections about Hollywood’s limited reserve of female filmmakers. She’d started her career as an actor, winning an Emmy for “Hill Street Blues,” and cited that as a reasonable explanation for her continued prosperity.

“Why aren’t more women directing?” she said. “There must be something going on. What, I don’t know. But then I was an actor, a popular, respected actor. Same with Penny Marshall. And that world is easier for us to get into, because we’re already one of the boys. Here’s the thing. Guys at the studio sit there and someone says, ‘Here’s this girl, why don’t you give her $50 million?’ And it’s like, whoa, you know, scary. And I think that’s down to guys naturally wanting to hire guys. I mean, many times I would have preferred to work with women. But this movie’s the first time I’ve been able to do that.”

“28 Days” offers one of Bullock’s richest performances, best evidenced in a scene where she rambles to her counselor (Steve Buscemi) about her condition, having finally admitted that she has a problem. It unfolds in one unbroken take, the camera drifting toward Bullock’s face, which is flush with panic. “A person should be able to be alone, right?” she asks, aware that being alone has previously led to bad decisions. “Human beings should be able to just breathe. I can’t breathe.”

It’s a feat of acting, testifying to the power of a movie star at the crest of her commercial clout. No matter what bookends it, that moment is more raw and invigorating than anything in “Rules of Engagement” or “U-571.” War pictures tend to arrive with preconceived import, perhaps because war is so familiar to the American narrative. Also because war lets directors flex their technical muscles through flashy visual effects and easy dramatic heft.

The ideas put forth in these other movies, though, the ones about domestic ennui, unfettered materialism, unflappable ambition and pivotal self-reckonings? They’re what we remember today, and rightly so.