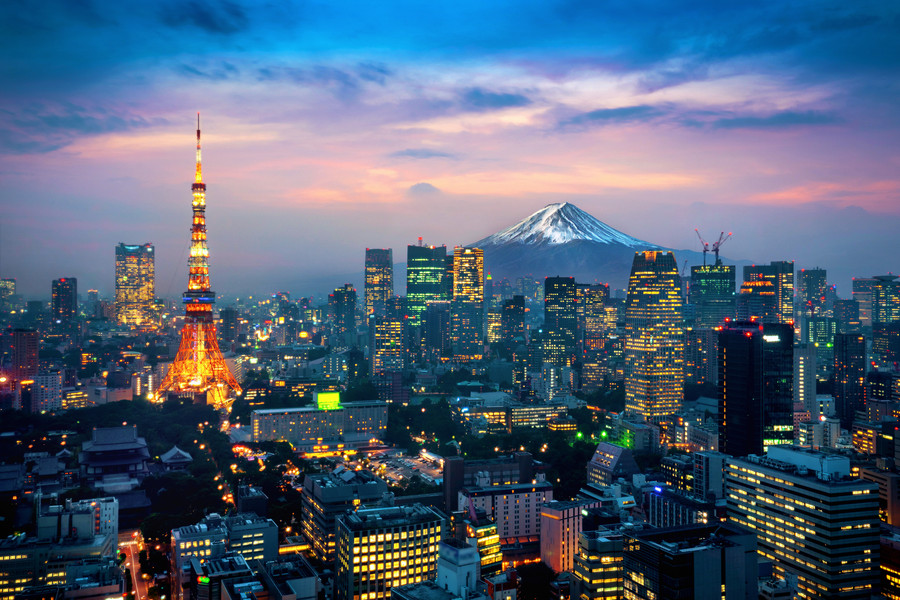 Even before the Tokyo Games finally began, there were bound to be firsts. After all, a year postponement due to COVID-19 marked the first time the Olympics had been delayed by a pandemic (the games were canceled in 1916, 1940 and 1944 due to World War I and World War II), and four sports made their Olympic debuts.

Between Simone Biles prioritizing her mental health, athletes finding their beds are made of cardboard and British diver Tom Daly knitting during competition, there were plenty of moments to remember in Tokyo.

Here’s a look at 10 firsts that happened for the U.S. at the Olympics.

The trophy case in the McGee household will need some expanding. JaVale, a 33-year-old center who just signed with the Phoenix Suns, won an Olympic gold medal with the men’s basketball team to pair with his three NBA championship rings.

This made history because his mother, Pamela, won gold with the U.S. women’s basketball team in the 1984 Olympics in Los Angeles. Pamela also won gold in the 1983 Pan American Games and the 1984 Jones Cup, in addition to two NCAA championships in 1983 and 1984. Her number, 30, is retired by the USC Trojans.

What a summer for Suni Lee. The Saint Paul, Minnesota, native not only earned a spot on the Olympic squad, the first Hmong American to do so, she also won gold in the all-around individual competition that so many had penciled in as a win for Biles.

After returning home from Tokyo, the 18 year old embarked on a new adventure: college. She’ll compete in gymnastics at Auburn University, where class is already in session.

Hawaii’s Carissa Moore is no stranger to winning big competitions. The four-time World Surf champion was already ranked No. 1 on the women’s circuit before she headed to Japan. She met expectations by taking the first gold medal in Olympic surfboarding history.

She is the first woman to win the 800-meter in three straight Olympics and now has a half dozen individual golds. At only 24 years old, and already one of the all-time greats, she may not be done yet either.

Thank you, Tokyo, and thank you all for the tremendous support this week and over the years! I could hear you all! 🥳

Bringing 2 Golds, 2 Silvers, and countless memories back to the USA❤️🇺🇸 pic.twitter.com/XpXx7oDELQ

Alana Smith, of Mesa, Arizona, was one of 12 people to be on the inaugural U.S. Olympic skateboarding team and competed in the women’s street competition. It was the first time a nonbinary athlete competed in any event in the Olympics and came in the first showing of skateboarding as an Olympic sport.

While the 20-year-old Smith didn’t medal, they found a huge source of pride in being, “a visual representation for humans like me.”

There were two events, park and street, in skateboarding’s Olympic debut. The street competition was first, and while Japan’s Yuto Horigome won gold, 20-year-old Arizona native Jagger Eaton took bronze as the first American to medal in skateboarding. He was quickly joined by 22-year-old, San Diego native, Cory Juneau, who won bronze in the park competition 11 days later.

Before these Olympics, 18-year-old, Florida native, Anastasija Zolotic’s biggest win was gold at the 2019 Pan Am Games and the 2021 Pan Am Championships. She got an even bigger accolade by taking gold in Tokyo, beating Russia’s Tatiana Minina in the under-57 kg bout.

After she finished 10th in the 2016 Rio Olympics, she contemplated retirement because her husband, fellow fencer Gerek Meinhardt, retired, and she was about to embark on medical school. She took one more shot, made the Olympic team for a third time and became the first U.S. woman to medal — let alone take gold.

First loss for U.S. basketball since 2004

They weren’t all good firsts. In its first game of the Olympic tournament, the U.S. lost to France 83-76 to snap a 25-game win streak. It was the Americans’ first defeat since the semifinals of the 2004 Athens Games, in which Argentina won 89-81 and forced the U.S. to settle for the bronze medal.

While the Americans avenged the loss to France with the gold medal game in Tokyo, they got a scare from two NBA Frenchmen in their opening game. Veteran guard Evan Fournier, who recently inked a four-year deal with the New York Knicks, scored a game-high 28 points with Utah Jazz center Rudy Gobert adding 14 points.

Not only did 20-year-old, Colorado native, William Shaner realize his goal of becoming an Olympian, he set an Olympic record with his score of 251.6 in the 10 meter air rifle. Shaner, a mechanical engineering student at the University of Kentucky, was the second youngest to ever win gold in air rifle accuracy shooting.

“We've been trying to get a medal in this event for a long time,” he told the IOC website, “so it was nice to bring it back home now.”

For almost 50 years, Spanish filmmaker Pedro Almodóvar has been ...