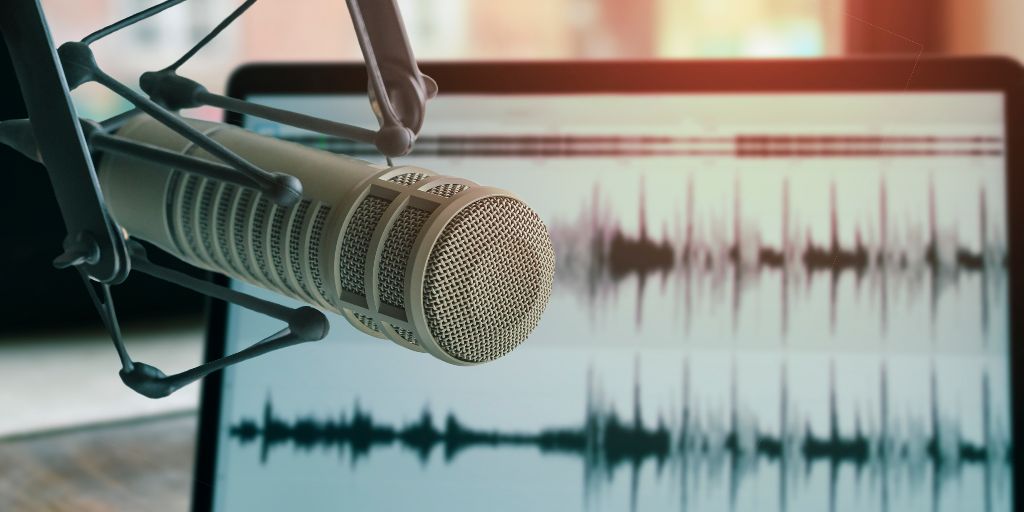 Podcasts have never been more popular. With the industry booming, aspiring podcasters are seizing the moment with great fervor. But with so much audio content suddenly available, it has become increasingly difficult to know what you should be listening to, and how to prioritize the best podcasts out there.

Sure, countless podcasts are worthy of recognition, but only a select few have episode archives that stand the test of time. In the present-day era of binge-watching, it's not outrageous to predict the rise of binge-listening tendencies too. After all, there's nothing better than finding a podcast with a huge backlog of episodes for you to consume at your leisure.

We've rounded up a total of 10 podcasts with impressive and timeless archives. No matter which you start with, we guarantee you'll find old episodes worthy of your time today.

What it's about: Music writer Oliver Wang and music supervisor Morgan Rhodes invite artists, critics and scholars on their show to discuss a hip-hop, soul, dance, funk, or jazz album that shaped their lives.

Why you should listen: The best part about Heat Rocks is that every episode comes from a very passionate place. Every guest of the show chats about their favorite album and shares personal stories about why certain songs resonated with them more than others. Wang and Rhodes are experts in the music industry, and provide a lot of context and insight into albums that you might have forgotten about.

What It's about: Chris Black and James Ellis, who run a media and brand consulting firm in New York, give listeners an inside look into life in the big city.

Why you should listen: The podcast has not published since 2018, but the archive of episodes is worth digging through. Some episodes take a deep-dive into Black's previous career as a band manager in Atlanta. In fact, the first episode traces the duo's story all the way back to high school, when they discovered a dead deer in Black's driveway. The occasional guest pops in and offers commentary and color throughout the series.

Start with these three episodes: Two Dropouts, One Mysterious Deer, Performing Arts with Vanessa Carlton and What we talk about when we talk about food

What it's about: Michael Hobbes and Sarah Marshall are two journalists who are obsessed with the past. In their podcast, the duo dives into major news stories that you may have heard of, but really know close-to-nothing about. From Tonya Harding, to the OJ Simpson trial, no topic is off limits.

Why you should listen: Whether they're tackling the OJ trial through multiple perspectives, or plunging head-first into topics like homelessness, you are sure to come out of every episode with a more nuanced understanding of those stories which have been told and re-told ad nauseam.

Start with these three episodes: The Challenger Disaster, Enron, Homelessness

What it's about: Bill Simmons and a roundtable of people revisit one movie per episode, diving into all of the big picture and minutiae of the film.

Why you should listen: Each episode of the podcast feels as action-packed as the movies themselves. Simmons has obviously spent a lot of time watching and thinking about the films in the series, and his thoughtfulness shines through the wealth of knowledge. In a way, the podcast acts as an unofficial DVD (remember those?) commentary on each film, but without the boring filler.

Start with these three episodes: Field of Dreams, The Godfather II, Reservoir Dogs

What it's about: Lawrence Schlossman and James Harris, two self-proclaimed dirtbags, help you navigate the millennial male zeitgeist, one week at a time

Why you should listen: Lawrence and James have their own sensibilities when it comes to fashion, and their podcast guest list is truly one of a kind.

What it's about: The audio version of the PBS Frontline television series investigates the most pressing issues in our ever-changing modern world.

Why you should listen: The best investigative journalism crew around presents their work in audio form. Regardless of which episode you happen upon first, we can guarantee you an educational and valuable listen.

Start with these three episodes: Flint's Deadly Water, In the Age of AI, America's Great Divide

What it's about: Comedians Neal Brennan and Moshe Kosher invite their comedian friends to talk about whatever is on their minds. Guests of the show have included everyone from actors Wayne Brady and David Alan Grier to musician Questlove – an eclectic mix to say the least.

Why you should listen: Neal and Moshe aren't afraid to voice their opinions on anything, and neither are their guests. The result is one of the funniest series in the whole wide podcast universe.

What it's about: Canadian comedian Lauren Mitchell interviews extraordinary women about their work in a climate of long-overdue attention to sexism. "We had to start a podcast where we talk to women like normal people," said Mitchell.

Why you should listen: Mitchell is both hilarious and thoughtful, and her guests are just the same. Every episode is highly intellectual and deeply insightful, shedding light on what it's like to work in a wide range of creative industries.

What it's about: From the makers of the critically-acclaimed film series 30 for 30, comes an original podcast series about the world of sports and beyond.

Why you should listen: Maintaining the spirit of the television series, the 30 for 30 podcast presents some of the most original and well-reported on sports stories in history.

Start with these three episodes: The Fall of the Condor, The Sterling Affairs, The Loophole

What it's about: Intimate and eye-opening, the series features one-on-one interviews with writers, journalists, filmmakers and podcasters.

Why you should listen: If you're craving a refreshing dose of creative inspiration, these hour-long episodes may be for you. Each week, hosts Aaron Lammer, Max Linsky, and Evan Ratliff sit down with the creators of some of the most meaningful and provocative content of our times.