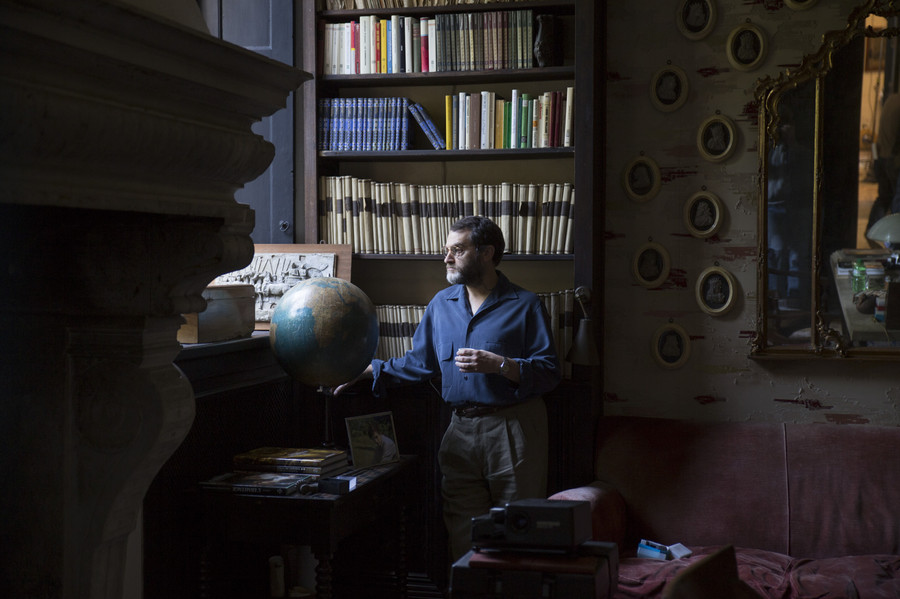 Ah, the Dad speech. Whether it's a toast, a dinner table diatribe, or a pep talk, some dads have a special way of telling us just what we need to hear — right when we need to hear it.

Father figures also come in many forms. There are the dads we're born with, the dads who fall into our life by way of circumstance or marriage, and the dads we choose. Let's look at the top five most heartbreakingly beautiful speeches that made it to the movie or TV screen.

Professor Perlman, "Call Me by Your Name"

"You had a beautiful friendship. Maybe more than a friendship. And I envy you. In my place, most parents would hope the whole thing goes away, to pray that their sons land on their feet. But I am not such a parent. In your place, if there is pain, nurse it. And if there is a flame, don't snuff it out. Don't be brutal with it. We rip out so much of ourselves to be cured of things faster, that we go bankrupt by the age of thirty and have less to offer each time we start with someone new. But to make yourself feel nothing so as not to feel anything ― what a waste!"

"Call Me By Your Name" premiered to standing ovations at the Sundance Film Festival in 2017 and gained breakout popularity among cinephiles thanks to Michael Stuhlbarg's inspired rendition of the monologue between Professor Perlman and his son Elio (Timothée Chalamet) in Luca Guadagnino's Oscar-winning adaptation of André Aciman's celebrated book.

Seventeen-year-old Elio falls for a graduate student named Oliver (Armie Hammer) during one summer at his family's Italian villa. After Elio says goodbye to Oliver, his father consoles him with a delicate, compassionate, powerful speech that should act as the template for a parent's unconditional and non-judgmental love.

"At some point, you gotta decide for yourself who you wanna be. Can't let nobody make that decision for you."

Some men become unlikely father figures. So it goes for Juan (Mahershala Ali), a drug dealer who becomes a conflicted father figure to the young, quiet Chiron (Alex Hibbert), the son of a crack-addicted mother who Juan sells to. After finding Chiron hiding in an abandoned building after running from bullies, and despite the dissonance of his connection to Chiron's mother Paula (Naomie Harris), Juan becomes the father figure Chiron never had.

In a potent scene, he teaches Chiron to swim — a foreshadowing of the choppy waters he'll face as he finds his way as a gay Black man. It's a sunlit moment on the beach in which Juan advises Chiron to hold on to his autonomy that solidifies him as the father figure the young boy will emulate for the rest of his life.

"Every man at some point in his life is gonna lose a battle. He's gonna fight, and he's gonna lose. But what makes him a man is that in the midst of that battle, he does not lose himself."

Sports often become a metaphor for life, and coaches often become secondary parental figures to the athletes they train. Arguably the best screen dad of all time, Coach Eric Taylor (Kyle Chandler) of "Friday Night Lights" is no different — his pre-game pep talks are just as much fatherly advice as they are motivational. He earns the admiration of his players—and leads his team through battles both on and off the field—throughout the wildly popular TV series.

"Look, in my opinion, the best thing you can do is find a person who loves you for exactly what you are. Good mood, bad mood, ugly, pretty, handsome, what have you, the right person is still going to think the sun shines out your ass. That's the kind of person that's worth sticking with."

In the 2007 movie "Juno," Juno MacGuff (Elliott Page) finds that she really "got herself into a pickle." After an eventful night involving a rocking chair with love interest Paulie Bleeker (Michael Cera) and a gas station pregnancy test, Juno suddenly finds herself dealing with some heavy decisions "way beyond [her] maturity level." Luckily, Juno has Mac MacGuff (J.K. Simmons) for a dad (shoutout to her ride-or-die stepmom Brenda MacGuff, played by Alison Janney, too).

When she realizes that the adoptive parents for her baby, Vanessa and Mark Loring (Jennifer Garner and Jason Bateman), are struggling with their own incongruent levels of maturity and parental readiness, Juno wonders if two people can stay happy together forever. In his snide, relatable wisdom, Mac imparts some beautiful, practical truth: love isn't easy, but it's possible with a dose of realism and acceptance for the good, the bad, and the messy.

"I wanted to tell you; I love you. I'll be right here when you get back."

Forrest Gump (Tom Hanks) is a man of few words, but many stories — and his simple, poignant relationship with his son — perhaps teaches us what's most important in fatherhood, love, and presence. From the tender moment (and shared head tilt) watching cartoons with his son, Forrest Junior (Haley Joel Osment), to his simple goodbye at the school bus stop, Forrest shows us that he "may not be a smart man, but [he] knows what love is."