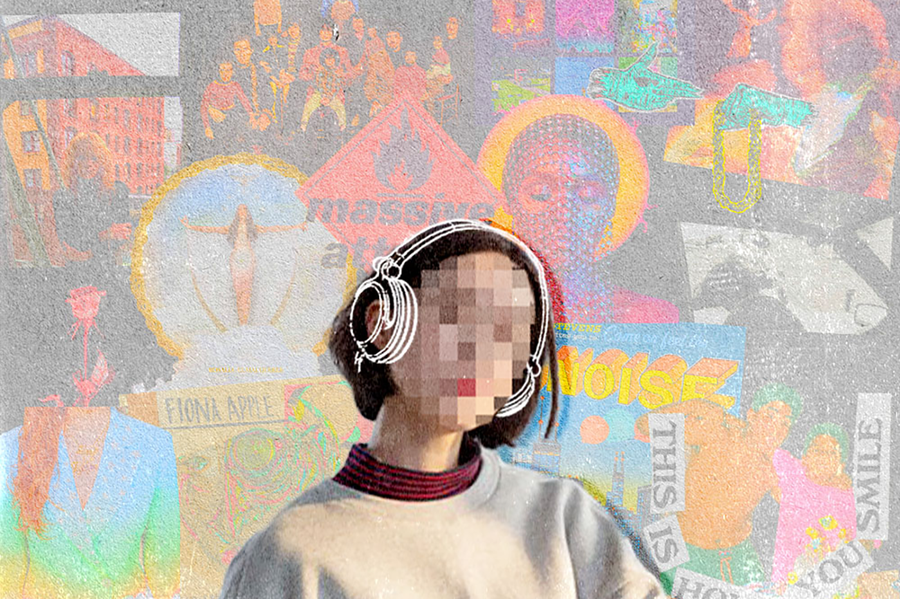 This article first appeared on KCPR.org. Mustang Media Group is a student-run organization that includes Mustang News and KCPR. They collaborate to cover news, arts, and culture for Cal Poly and the greater San Luis Obispo community.

Over the past dumpster fire of a year, my only solace has been listening to the entirety of a different album every day. I meticulously groomed through lists of top albums from each decade from various music journalism publishers like “Rolling Stone,” “Pitchfork,” etc.

Then, I compiled a list of 366 albums to listen to ranging from the 1950’s to the music of today, spanning across countless genres. Here are my favorites in no particular order.

This album is kind of scary, but in the best way possible. It’s full of haunting synth and echoey vocals that mesh together incredibly well. I wasn’t always super into this genre but I have a newfound appreciation for music that makes me nervous.

I was convinced that the best folk albums had long since been released, but this album made me throw away any preconceptions I had. Welch’s voice pairs perfectly with the bare acoustics, which are stylistically similar to Joni Mitchell. This album was a pleasant surprise and a testament of the lyrical depth of Welch.

This album is an exemplary blend of hip hop, electronic and soul music. Despite the varying genres, “Blue Lines” managed to be a cohesive album and one of the first to really fuse these elements together in such a unique way.

I had somehow never listened to Raitt before this year, despite listening to a lot of her folk counterparts. This album features Raitt’s original work, guitar playing and unique covers of other blues songs to form a well done and pivotal folk piece.

Standout Tracks: “Nothing Seems to Matter,” “Love Has No Pride” and “If You Gotta Make a Fool of Somebody”

This is one of my favorite albums I listened to in the past year because of  its beautiful vocals and deep introspection. The lead singer, Anohni, sings of gender dysphoria before her transition. Every song is so poignant and moving amongst the unique timbre of her voice.

Standout Tracks: “Hope There’s Someone,” “For Today I am a Boy” and “My Lady Story”

This is another album with stunning vocals that made me feel like I was listening to the soundtrack of a coming of age movie. Van Etten builds a sense of intimacy with the listener through her lyrics. It’s no wonder this album was critically acclaimed.

Standout Tracks: “Every Time the Sun Comes Up,” “I Love You but I’m Lost” and “Tarifa”

Again, this is another album I was surprised I had never listened to. This album marked Springfield’s successful attempt at covering songs by the likes of Carole King and Randy Newman (to name a few). Her vocal range allowed her to make these songs sound like originals.

Standout Tracks: “So Much Love,” “The Windmills of Your Mind” and “No Easy Way Down”

This album which was all written by Chapman and features one of my favorite songs “Fast Car,” made the list because of her beautiful storytelling abilities and unique voice. It is filled with sincere commentary that forms an intelligently cohesive album that has since cemented itself in history.

Standout Tracks: “Fast Car,” “Talkin’ Bout a Revolution” and “For My Lover”

This is perhaps my favorite album that I listened to this year. Lyrically it encapsulates the pain that sole member David Berman was experiencing, as the compilation came out months before his suicide. However, the instrumentals are so upbeat it juxtaposes the words, which is what I think makes the album so phenomenal.

Standout Tracks: “All My Happiness is Gone,” “Maybe I’m the Only One For Me” and “I Loved Being My Mother’s Son”

Stevens’ is a songwriter with a stellar world building and storytelling ability. “Illinois” is an incredibly successful concept album that is genre defying. It automatically demands the listener’s attention with the unique themes he touches upon.

Standout Tracks: “Jacksonville,” “The Seer’s Tower” and “They are Night Zombies…”

A lot of the albums thus far are crushingly sad, however but this is a more upbeat pop album. While still touching on more serious topics,  it’s slight 80’s homage allows it to remain an album that can be danced to. Lewis’s powerful vocals only add to its strength.

Standout Tracks: “Head Underwater,” “She’s Not Me” and “Love U Forever”

As one of the more creative albums I listened to this year, “Black Up” is the epitome of experimental hip hop and a paradigm of the ever expanding genre. Each track is an instrumental journey for the listener. Just when you think you know what’s coming, “Black Up” surprises you for the better.

Standout Tracks: “free press and curl,” “Are you… Can you… Were you? (Felt)” and “Swerve… the reeping of all that is worthwhile (Noir not withstanding)”

Blige’s second album is one of the greatest pieces of R&B to emerge, as it highlights an introspective Blige and her delivers smooth, soulful vocals. She touches upon topics of abuse and depression and interweaves her lyrics amidst samples from artists like Curtis Mayfield and Rick James. The result is a stunningly cohesive album showcasing the true talents of Blige.

Apple has always been an extraordinarily talented songwriter. Her vulnerability and fierceness allow the listener to know her personally and each of the tracks is an introspective look into who she is as a person.

This album features the soothing vocals from Roberto Lange, who did all of the writing and production himself. He expands the folk genre with this masterpiece and teaches listeners that folk is more than just a person with a guitar. His vocals resonate deeply throughout the melodic instrumentals.

This is one of the most stunning albums I listened to, both vocally and instrumentally. Rosalía has one of the most unique sounds in music which is evident in her experimental flamenco pop album. Each track could be a movie since they are packed with so much heart and spectacle, thus making this a striking album.

D’Angelo released this album 14 years after his acclaimed album “Voodoo” and returned with his same soothing voice. This time he tackled deeper issues and incorporated funk and jazz elements into this effortlessly cool, neo-soul set.

Standout Tracks: “Ain’t That Easy,” “The Charade” and “Really Love”

Monáe fuses funk, soul and R&B with an experimentalist edge. She delves into political and social issues, providing a unique perspective on femininity and American priorities. Her songwriting abilities shine on this empowering masterpiece.

This is one of the most essential disco/funk albums of all time and features the hit “Lady Marmalade.” This album showcases Patti Labelle’s outstanding vocals and harmonies with fellow members Nona Hendryx and Sarah Dash. Most tracks were written by Hendryx and are all worthy of accolades, as this is one of the most fun and well produced albums of the era and of today.

Standout Tracks: “Are You Lonely?,” “Somebody Somewhere” and “Space Children”

I’ve found it hard to really love avant garde type albums, since I always feel too dumb to understand them. However, what really impressed me about Arca’s self titled piece is her ability to emote through her vocals. Her stellar production abilities are amplified on this album that delves deep into experimental corners of music.

1968 was a groundbreaking year for music and I think this album gets overlooked amongst all the bigger hits. “Child is Father to the Man” was an early set that combines so many genres – jazz, blues, psychedelia – and still have the album possess a cohesive feel.

Standout Tracks: “I Love You More Than You’ll Ever Know,” “My Days Are Numbered” and “Just One Smile”

This is the debut album from a string of successful self titled albums by the hip hop duo Run the Jewels. It is full of biting lyrics and serves as an homage to classic rap instrumentals, but it also full of innovative production. This is one of the most refreshing hip hop albums of the 2010’s.

Standout Tracks: “DDFH,” “No Come Down” and “A Christmas Fucking Miracle”

Combining rock with the early sounds of punk and new wave, this album covers a variety of topics – from protest songs to love or intertwining the two. It is a pioneer album for the birth of the new direction of rock.

Fleet Foxes is one of the most prominent indie folk groups and their debut album marked the beginning of a departure from a lot of the indie music that was popular in the early 2000’s. The production is more complex and is aided by the imagery lead singer Robin Peckhold writes.

Pratt’s haunting folk guitar makes this one of my favorite albums out of the ones I listened to. She manages to make an odd, often minor, blend of notes and chords mesh really well together, thus redefining what folk sounds like.

This article was written by lilly leif from UWire and was legally licensed through the Industry Dive publisher network. Please direct all licensing questions to legal@industrydive.com.