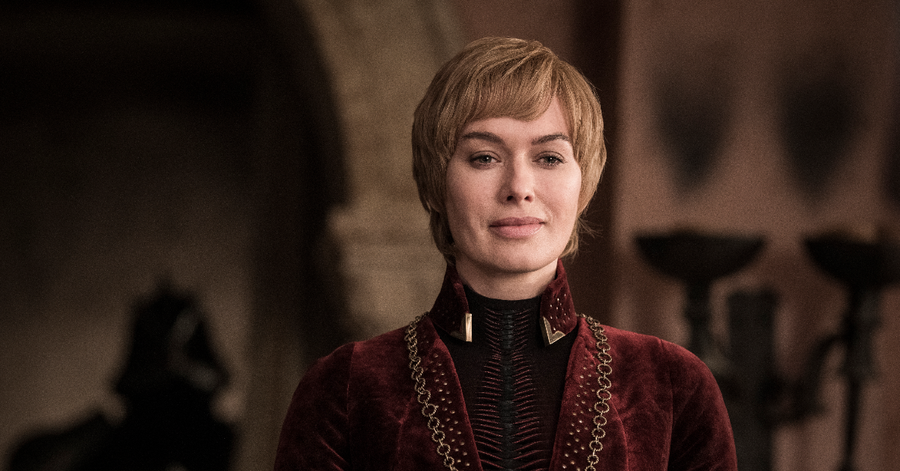 They defied the laws of gods and men at every turn. Cruel, murderous, incestuous, filthy rich; it was as if Joanna Lannister bore them into the world to be hated. But we could never really hate them. Not fully. For Jaime (Nikolaj Coster-Waldau) and Cersei (Lena Headey) Lannister weren't irredeemable villains like Ramsay Bolton or Walder Frey, nor unflinching monsters like the Night King. They remained deeply human until their ballad-worthy ending. Cersei and Jaime entered the world together, and it was only fitting that they would leave it the same way.

Jaime and Cersei were both party to the events that kick-started the series' drama. Years prior to the action in Game of Thrones, Jaime was the youngest-ever knight of the Kingsguard. During the (previous) sack of King's Landing, he murdered King Aerys II Targaryen, who threatened to burn the city to the ground. After the war, for their family's assistance in Robert's Rebellion, Cersei earned a betrothal to the new king, Robert Baratheon.

Fast-forward nearly twenty years and three fruits of incest later, and the family that helped end the last war found themselves kick-starting a new one. Make that push-starting. When Bran Stark caught Jaime and Cersei rehearsing for number four, Jaime shoved him out a tower window, starting a chain of events that would echo throughout the series. For many fans, it was the moment the show declared it was straight-up not playing around, and it served to immediately paint the Lannisters as the series' villains.

And they certainly played the part. But Jaime in particular was always a land of contrasts. The Kingslayer was always a villain in the guise of Prince Charming, or a Prince Charming forced into a villainous role, depending on your point of view. He was known far and wide for his prowess as a swordsman—and, by the end of his life, was equally well known for losing his sword hand. He killed the king he was sworn to protect—and rid the world of a murderous tyrant. He pushed a child out tower window—and fought for that same child, now grown-up, during the Battle of Winterfell. There really were no men like him, with the skills and depth to carry a sword, the fate of a kingdom, or a scene between two people in a bathtub.

And it was beginning in Season 3 that Jaime began to shed his skin and emerge as something more than Westeros' Most Hated. His time on the road, and later in captivity, with Brienne of Tarth, showed him both a perfect mirror and a vision of what he might have been. Brienne proved a true knight in spirit, if not in title, and their scenes together (particularly in that bathtub) remain some of the show's purest displays of emotional honesty and vulnerability. In the end, Brienne eventually did get the title when Jaime knighted her on the evening of the Great War. The two of them also found real love and intimacy in each other for a time, but Jaime ended that stage of their relationship as abruptly as he began it, as if he found himself undeserving of, or unable to fit into, a non-toxic romantic relationship.

Jaime was a classic middle sibling, a born pleaser and peacemaker (by Lannister standards, anyway). Tywin’s second-born got along reasonably well with his older sister, younger brother, and father—no small feat, since all three hated each other to some degree. He went to great lengths to protect Tyrion from their father and even from Cersei, defying both of them to free his younger brother from the dungeons following his disastrous trial by combat. Tyrion later repaid the favor, springing Jaime from Daenerys' camp and arranging for an ill-fated rescue of Cersei.

It was in the catacombs beneath the Red Keep that the two siblings said goodbye—after a short delay while Jaime buried a sword in Euron Greyjoy's belly. Once Daenerys and Drogon took out the Iron Fleet and the anti-aircraft defenses of King's Landing, Cersei was a goner. With her last lieutenant Qyburn dead and her bodyguard Gregor warming up for Cleganebowl, she slipped to the lower levels of the city in an attempt to survive just a minute longer.

It was in keeping with one of her earliest, most famous maxims: When you play the game of thrones, either you win or you die. The bells may have rung, but Cersei never had any intent of surrender. She showed as much during the Battle of Blackwater Bay, when she was seconds away from poisoning herself and her youngest son Tommen rather than let Stannis Baratheon's men take them alive.

That was her way of protecting her children, for no one could accuse her of not loving them. As Tyrion admitted, it was Cersei's one redeeming quality (along with her cheekbones). She knew Joffrey was a monster, but managed to love him anyway, and her grief at his death was palpable. When Tyrion shipped her daughter Myrcella off to Dorne—and to her eventual death—we empathized with Cersei as she lost one of the only pure sources of good in her life. And when she left Tommen rudderless and alone to witness the aftermath of her Season 6 coup, his inevitable death shocked her as much as her explosion in the Great Sept of Baelor had shocked us.

And yet, when Cersei annihilated all her enemies in that trial by wildfire, then tortured her season-long nemesis Septa Unella, it almost felt good, didn't it? Nobody could flex with nothing but a goblet of wine and a smirk like Cersei could. In this final season, she spent much of her time pensively scanning the horizon for threats, both real and imagined. Thanks to her patience and cunning, she almost emerged victorious.

It's worth wondering what might have been if she'd cultivated a few more allies, or ruled with more than fear. She always fancied herself Tywin's true heir, willing to do whatever it took to preserve the family legacy. She lamented she was born a woman, without the martial prowess and built-in clout to rule. But where Tywin was ruthless, he was also pragmatic. Cersei overcorrected against these perceived slights, trading long-term stability for series of satisfying, undisputed, but short-lived tactical victories. In the end, it bought her a few more months pacing the ramparts of King's Landing, and a last panoramic view of a ruined city.

The flashback scene that began Season 5 showed a young Cersei's encounter with a woods witch named Maggy the Frog. Maggy told Cersei her future—she'd marry the king, have three children...and they'd all die. Then a younger, more beautiful queen would come along to take everything that remained. Now, prophecy in Game of Thrones is a tricky thing: is it predestined or self-fulfilling? Nobody could control Joffrey. Does that lay his death at Cersei's feet? Probably not. But he may never have been poisoned had Cersei not conspired in her husband King Robert's death. Myrcella may not have been poisoned as revenge for Oberyn Martell's death in a trial by combat had Cersei not falsely accused Tyrion of Joffrey's death. She's certainly to blame for Tommen's death. In the end, it was fitting that the castle she'd fought so hard to occupy ended up collapsing on top of her.

Equally as fitting for Cersei and Jaime: an ending that was objectively much kinder than most of their individual actions merited, but still felt earned within their overall journeys. They got what they deserved: each other.

We've bid farewell to almost all of House Lannister, plus many other characters who perished in the sack of King's Landing, but there is still one episode of Game of Thrones left. Tune in Sunday May 19 on HBO and DIRECTV for the series' epic conclusion.

The Covert Feminism of “The Girlfriend Experience”

In media, the act of selling oneself is oftentimes treated ...