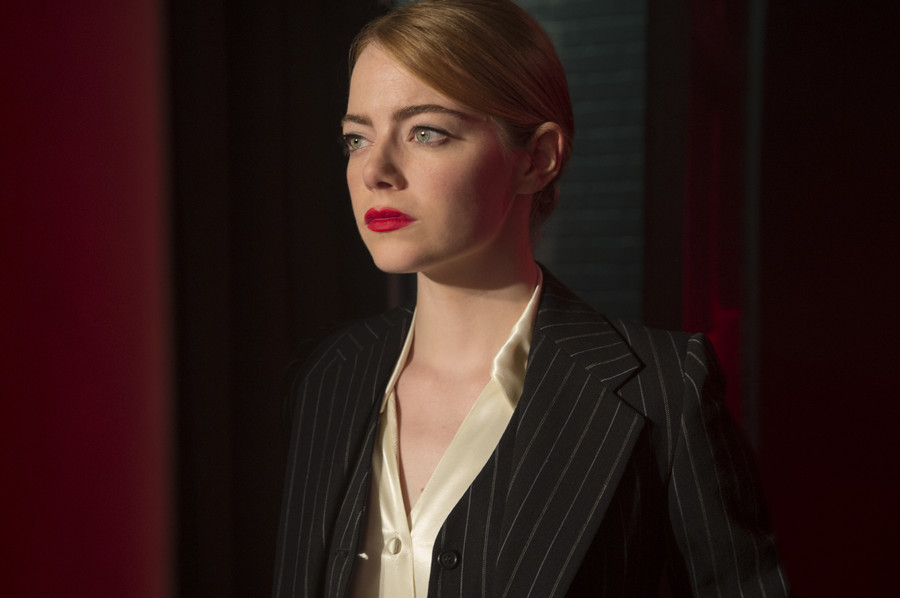 You know the old Hollywood love story. The would-be-couple meets. The relationship starts with an obvious fatal flaw in it, yet love blossoms anyway. The first sensual encounter is spectacular; neither one of them has ever felt or ever done anything quite like this before. But then, that first act flaw collects one too many infinite stones. The couple breaks up. There's a montage. Some life-shattering wisdom from the best friends club that was also in the trailer drops. The couple gets dramatically back together. Roll credits. Not a dry eye for miles.

It doesn’t always have to be like this. In fact, sometimes — maybe by accident — movies and TV shows get love right. This Valentine’s Day we want to celebrate something real, and fortunately for all of us, there are a few TV shows and movies that tell love stories the way people really experience them. So stay cynical, but maybe give love a chance — on your TV screen anyway.

Here’s our look at the best love stories ever told by Hollywood, with as few spoilers as possible.

On the lighter side of relationships, "Modern Family" has been poking fun at love for 11 seasons on ABC. And any couple that’s been together for more than a year will tell you it takes more than a little sense of humor to put up with a significant other. “Modern Family” has plenty of characters tolerating each other because of love. Claire is basically a walking eye roll at Phil’s goofy antics. Mitchell and Cameron’s gay marriage is no different from anybody else’s i.e. there’s plenty of head-shaking to go around. And Jay and Gloria’s cross-cultural marriage is a classic mismatch comedy in its own right.

There’s nothing particularly cute about how Billy Crystal’s Harry and Meg Ryan’s Sally meet in “When Harry Met Sally.” They don’t like each other. But they keep running into each other in New York City. They talk. They talk more. There’s a simulated sex scene. They talk some more and, eventually, they fall in love. There’s nothing dramatic or fake about the relationship. And the realness of the story is underlined by interspersed scenes of real couples telling stories about how they met and fell in love.

This isn’t about the kids on "Friday Night Lights," though there are some delightfully awkward teenage dating moments, courtesy of characters like Landry and Matt. Let’s talk about coach Eric Taylor (played by Kyle Chandler) and his wife Tami (played by Connie Britton). Coach and guidance counselor get mad at each other as only spouses can, but at the end of the day, there’s always love and respect for one another. Tami encourages Eric to chase his dreams coaching college football and Eric, in turn, supports Tami working for promotions at school, all while juggling child care and parenting responsibilities. It doesn't get more real than that.

Do you need a reason to watch Ryan Gosling and Emma Stone? They’re Hollywood royalty. But, for those who haven’t seen it, "La La Land" is a love story, sure, but it’s not that straightforward. It plays with the very concept of a Hollywood love story. It turns the love story on its head and finishes with a bittersweet dose of reality. If you’ve already seen it, revel in the acting and scenery, reminding yourself why Stone won an Academy Award for best actress.

Long before the NBC TV show, comedian Steve Martin starred in the 1989 movie “Parenthood,” which is nothing if not very real. The parents’ lives revolve around their children. But that begets an underlying question: How do the parents manage to love each other while their kids are tearing their lives apart? You’ll get a good look at co-star Rick Moranis, who seemingly had a role in every late-80s comedy. But keep an eye out for young Keanu Reeves and Joaquin Phoenix, who both have prominent roles.

You can’t have one “Parenthood” without the other. That’s because the TV show was actually an adaptation of the movie, which was co-written and directed by Ron Howard. The TV show has star power, with Lauren Graham, Dax Shepard, and of course, Craig T. Nelson. Put simply, “Parenthood” is about life. It gets messy. There are ex-wives, parenting with girlfriends, kids with Aspberger’s, and sibling rivalries; it’s a lot more than just a typical Hollywood love story.

Forbidden love is a storytelling genre dating at least back to Shakespeare’s “Romeo and Juliet.” But "Brokeback Mountain" is more than just a modern take on an old story; it helped bring gay love to the forefront of Hollywood storytelling. To put it mildly, Jake Gyllenhaal and Heath Ledger struggle with their relationship. Set in the 1960s and 1970s, it wasn’t culturally acceptable for two men to love each other. But they do. Fiercely. “Brokeback” marks a cultural turning point where it became socially acceptable to tell LGBTQ stories in Hollywood; it also helps that the movie made $178 million and won three Academy Awards.

Ok, hear us out. Sure, reality TV has its flaws. But the long-running ABC series has also been the start of more than a dozen fruitful and long-running relationships. Of course, it hasn’t always gone according to plan. Just last fall, Clare Crawley and Dale Moss were booted off the show because they’d started "talking" before filming began; the couple is now engaged. And the show’s alumni couples include winners who eventually hooked up with contestants who were kicked off the show in the first week. There’ve been changes of mind after the final rose and there have been twists and turns in almost every season. If love is anything, it surely isn’t boring.