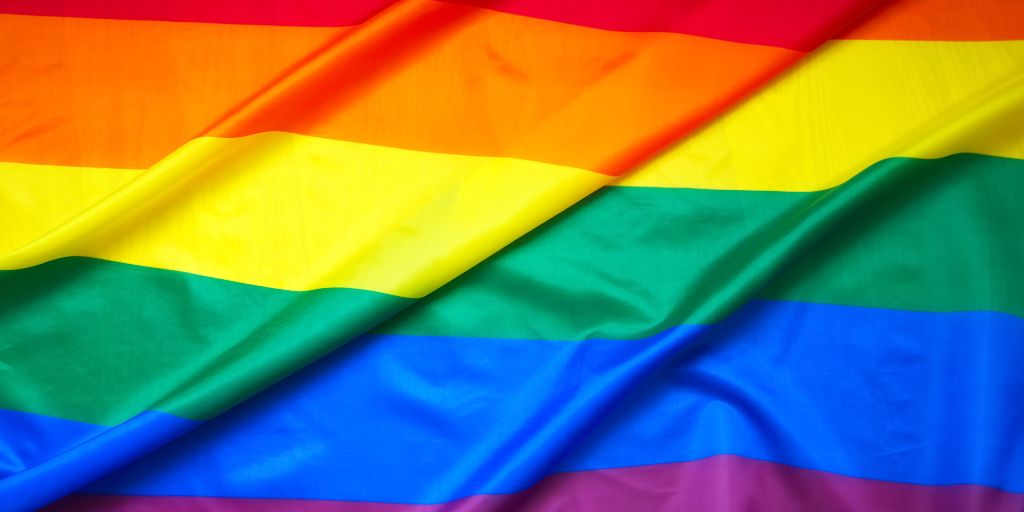 June is Pride Month, commemorating the anniversary of the 1969 Stonewall riots, a galvanizing moment in the history of LGBTQ rights. It’s usually an occasion that is marked by weeks of celebrations — parades, parties, concerts, drag shows, the whole shebang. But, like every other public gathering, Pride demonstrations across the world have been canceled due to the coronavirus pandemic.

Even though the queer community can’t take to the streets right now, there are still ways to celebrate remotely, whether it’s streaming TV shows and movies, getting caught up in a game, or blasting music and dancing around your living room. Here are some of the best recent pieces of media by and about LGBTQ people to share with your friends this June. Because at its core, Pride is about connection — however we can find it.

Wanuri Kahiu’s “Rafiki” made history in 2018 as the first Kenyan movie to ever be screened at the Cannes Film Festival, even as it was banned in its country of origin. Following the love affair between the teen daughters of two rival political leaders in Nairobi (Samantha Mugatsia and Sheila Munyiva), “Rafiki” is a sweet, summery romance, a cinematographic splash of brilliant color and deep feeling. But Kahiu equally doesn’t shy away from portraying the harsh realities that queer people face in Kenya, a country whose laws remain openly hostile to the LGBTQ community.

“How to Survive a Plague”

David France’s 2012 documentary “How to Survive a Plague” is essential viewing for anyone looking to brush up on their history this Pride Month, especially in the wake of the passing of legendary activist Larry Kramer in May. The film shadows the members of ACT UP and TAG as they fight for recognition and treatment in the depths of the AIDS epidemic, putting their lives and bodies on the line. There’s an eerie resonance in the way America addressed AIDS in the 1980s and ’90s in relation to how it’s addressing COVID-19 today. Keep an eye out for France’s next doc, “Welcome to Chechnya,” which follows contemporary queer activists in the embattled Russian republic (premiering June 30 on HBO).

“Portrait of a Lady on Fire”

Céline Sciamma’s historical drama might be one of the most rapturously beautiful films you’ll ever watch. Set in 18th-century France on a remote island off the coast of Brittany, “Portrait of a Lady on Fire” is the story of a painter (Noémie Merlant) and her subject (Adèle Haenel) who fall in love over the course of a dreamy week. It’s a movie about women unfettered from the male gaze, about seeing and being seen, punctuated by the roar of the sea and the sweep of a brush across canvas. If we could pick somewhere to self-isolate, it’d be this mansion full of crackling fires and long looks.

Like a vampire bat at twilight, comedy-horror series “Los Espookys” flew under the radar when it debuted on HBO last year. This gleefully strange bilingual series follows a group of Latin-American twenty-somethings who start a business dedicated to manufacturing spooky situations. Series co-creator Julio Torres stars as the blue-haired heir to a chocolate fortune whose dedication to both ruffle shirts and his dreamy but duplicitous boyfriend (José Pablo Minor) make him an instant icon. If you like high camp and deadpan jokes about owls wearing wigs, this one’s for you.

In her semi-autobiographical Channel 4/Netflix series, Canadian comic Mae Martin plays a stand-up comedian (also named Mae Martin) who falls fast and hard for a woman she meets at a show (Charlotte Richie). Though “Feel Good” touches on some heavy issues — addiction recovery, self-loathing, and toxic moms (Lisa Kudrow), to name a few — it’s also laugh-out-loud funny and has a nervy, brutally honest edge that puts it in company with shows like “Fleabag” and “Lady Dynamite.”

“She-Ra and the Princesses of Power”

So much more than a reboot, Netflix’s reimagined “She-Ra” has quietly launched its own revolution. Showrunner Noelle Stevenson has crafted one of the most casually queer shows on TV, featuring characters, talent, and creators from across the LGBTQ spectrum. The final season of this sprawling epic about magical princesses fighting an oppressive regime dropped in May, complete with a storyline about gay love literally saving the world. “She-Ra” is nominally a kids’ show, but it’s got enough depth and wit to appeal to all ages.

Christine and the Queens, the nom de musique of French singer-songwriter Héloïse Letissier, has been making synth-pop waves since her first album dropped in 2014. The pansexual performer has been continually reinventing her style and music since then, playing with gender presentation in 2018’s “Chris” and switching back and forth between French and English — often in the course of a single song. Her most recent EP, “La Vita Nuova,” is at once highly danceable and melancholic. Opening track "People, I’ve Been Sad" is the perfect downbeat bop for a solo shelter-in-place dance party.

You’d be hard-pressed to pin down the musical genre of Moses Sumney, a Ghanaian-American singer-songwriter who has collaborated with artists ranging from Solange to Beck to Son Lux to novelist Michael Chabon. On his sophomore album, “græ,” Sumney sings in a honeyed falsetto over an orchestra’s worth of instruments, covering topics like isolation and love, polyamory and the ravages of toxic masculinity. Check out the video for debut single "Virile," in which he dances sinuously between hanging sides of beef singing: “You wanna slip right in / Amp up the masculine / You’ve got the wrong idea, son.”

If you’re the kind of gamer who favors slow-burn interpersonal drama, the “Life Is Strange” games are pure catnip. Starting with the first, a murder mystery that involves time travel and heaps of teen angst, it’s up to the player to choose whether protagonist Max falls for her estranged best friend Chloe, her school buddy Warren, or neither. Prequel “Before the Storm” and follow-up “Life Is Strange 2,” which follows a new cast of characters, also feature bisexual protagonists. There’s a lot to recommend in “Life Is Strange,” but it’s the casual queerness that makes it remarkable in the largely straight world of gaming.

Released in late May, Dreamfeel’s “If Found…” isn’t what you might traditionally think of as a video game. A small-scale PC and iOS game, it invites the player to pore over, and then erase, the diary entries of Kaiso, a young transgender woman returning to her rural Irish hometown in the early ’90s and coming face to face with her past. There’s a secondary story involving an astronaut and a black hole that threatens to rend the fabric of space-time, but the allure of “If Found…” in the intimacy of Kaiso’s story as it vanishes from view.

You may be familiar with the magical anime films of ...