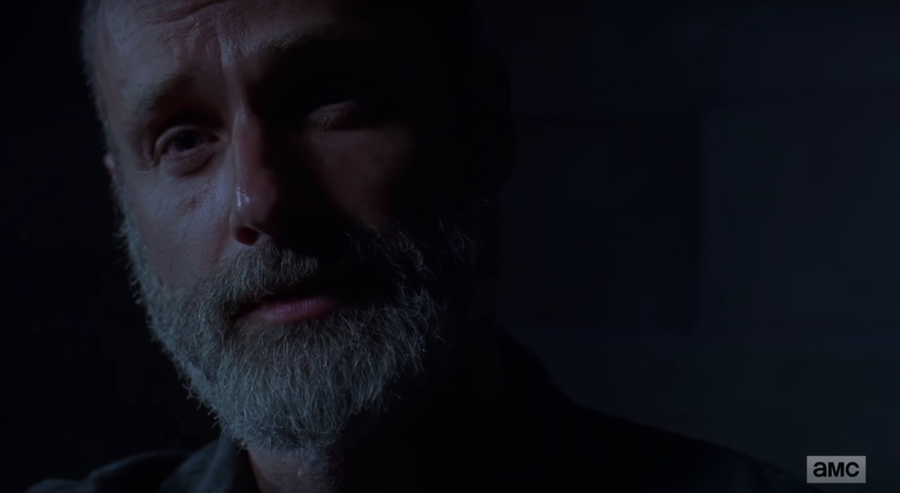 Whew, that was a lot of trailer. Ok, now go back, turn your speakers or headphones WAY up and listen again HERE (we fast forwarded for you).

Did you do it? Did you hear, “Wheeerreee arre theeeeeyyyyy?”. It's the Whisperers!!! Sorry, we’re getting ahead of ourselves, but now that none of us can sleep, lets back up and talk about the rest of the trailer.

“When it finally goes to $#!t, and it will, you make sure you come back and tell me about that”. -Negan

Negan perfectly frames what Rick and crew are up against in their 9th season of The Walking Dead (airing Oct 7). Now, we've jumped ahead a few years, Rick is turning grey, Maggie's had her baby and Negan has grown a long beard sitting in jail. There appears to be some stability with him locked away. Each of the communities are growing and doing their best to build a haven against the walkers (which thankfully for us, there still seems to be a lot of Walker smashing.) 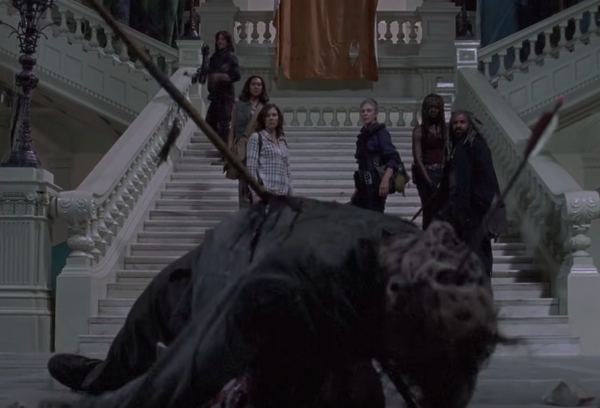 As we get brief glimpses into each of the communities and see the familiar faces from the Kingdom and Hilltop, Michonne says something very poignant.

“We need to have an agreement between the communities, like, this is how we treat each other, and this is what happens when we don’t.” - Michonne

For the past 8 seasons, our survivors have been able to be nimble, make hard decisions quickly and move on. There’s been barely enough time to take a breath and think about how to truly rebuild. Arguably, this is the hardest thing that Rick & Co has faced thus far. The moment you begin to dictate rules for others to live by is the moment you have tension and hostility bubble up. As the trailer does roll-call, this is further articulated by Carol who looks like she’s faced with a splinter/rebellious group (we see some graffiti that says “I am still Negan”).

“It would have been easier to just pul the trigger.” - Carol

We see Maggie quoting Rick from last season, he wants to pass the mantle to her, but she still feels like there is more to prove as she walks down an empty road with a gun and Daryl at her side. Speaking of our favorite zombie killer, who we already know has a problem with staying in one place for too long, his and Rick’s relationship is continuing to wedge apart.

The hope is that all this community building won't give us another sleepy season three (which was all in that prison). Those concerns are likely unfounded as the last third of the trailer introduces us to a handful of shady new characters who are being vetted by Father Gabriel. This crew is likely the Whisperers confirming some earlier casting rumors. For those who read the comics, all we can say is YESSSS. For those who don’t, just tune in on Oct 7th and enjoy! We definitely will be.

Catch up on previous seasons of The Walking Dead on DIRECTV & DIRECTV NOW.

POTENTIAL SPOILERY CONTENT BELOW (Read at your own decretion).

Still here? We found out earlier that this will be Andrew Lincoln's last season on the show. Here's more coverage on that: Goodbye to Andrew Lincon

Andrew Lincoln confirms it will be his last season. #SDCC2018 #TWD pic.twitter.com/TZXin2KOs7

Which makes this shot from the trailer VERY VERY concerning.