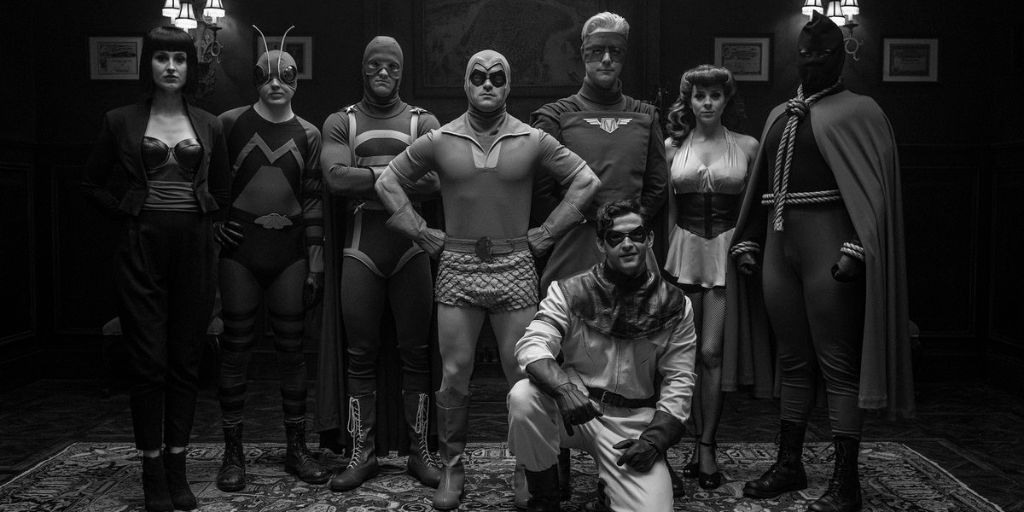 The "Watchmen" pilot episode dropped a bombshell on American history: Oscar winner and Sundance Film Festival co-founder Robert Redford is the president of the United States and has been for 26 years and counting. Any "Watchmen" fan wondering over the last five weeks how Redford's becoming the U.S. president changed the course of movie history is in luck thanks to /Film, which spoke to showrunner Damon Lindelof and got all the details one could possibly want on the topic.

When it comes to the Sundance Film Festival, Redford stepped down and left the Sundance organization in 1993 because he feared "that his political enemies would accuse him of using the institution as a mechanism for promoting his political agenda in the culture." As U.S. president, Redford stayed committed to the arts by hiring acclaimed photographer Andres Serrano "to rebuild the National Endowment for the Arts following decades of reduction and gutting by the Nixon and Ford administrations."

Redford also found a role for Martin Scorsese. Beginning in 2001, Scorsese was brought on "to oversee the National Film Foundation, devoted to the preservation and flourishing of cinema as society began experimenting with new mediums that could profoundly change our relationship to screens and our understanding of worldwide audiovisual entertainment."

/Film's exclusive report confirms that within "Watchmen's" universe, Redford stopped acting after the 1985 release of "Out of Africa." Redford got into politics in the aftermath of the infamous New York City squid attack on Nov. 2, 1985, but he lost the 1988 presidential election to Nixon. As "Watchmen" history goes: "Nixon died in office. Gerald Ford was easy pickings, so Redford immediately threw his hat back in the ring and rode to victory in '92."

With Redford as president, all of his post-1985 film projects fell into the hands of other actors and directors. Redford's 1992 directorial effort "A River Runs Through It," starring Brad Pitt, ended up being directed by Ridley Scott, who "earned an Oscar nomination and won the DGA Award" for Best Director. Redford's 1994 historical drama "Quiz Show" was directed by "One Flew Over the Cuckoo's Nest" and "Amadeus" director Milos Forman.

As for acting credits, Redford was replaced by Jeff Bridges in "Up Close and Personal" (1996), James Earl Jones in "Lions for Lambs" (2007), and Dustin Hoffman in "The Company You Keep" (2012). The creators of Redford's 2015 movie "A Walk in the Woods" decided to cast Nick Nolte in a dual role since Redford was not around.

Perhaps the most shocking reveal is that Redford's 2018 swan song, "The Old Man and the Gun" starred John Cazale, who in real life died in March 1978 at age 42 from lung cancer. Cazale only starred in five feature films during his six years as a working actor, but each one was nominated for Best Picture: "The Godfather," "The Conversation," "The Godfather Part II," "Dog Day Afternoon," and "The Deer Hunter."

"Watchmen" airs Sunday nights at 9 p.m. ET on HBO. Head over to /Film's website to learn more about the details of Robert Redford's presidency.

This article was written by Zack Sharf from Indiewire and was legally licensed through the NewsCred publisher network. Please direct all licensing questions to legal@newscred.com.