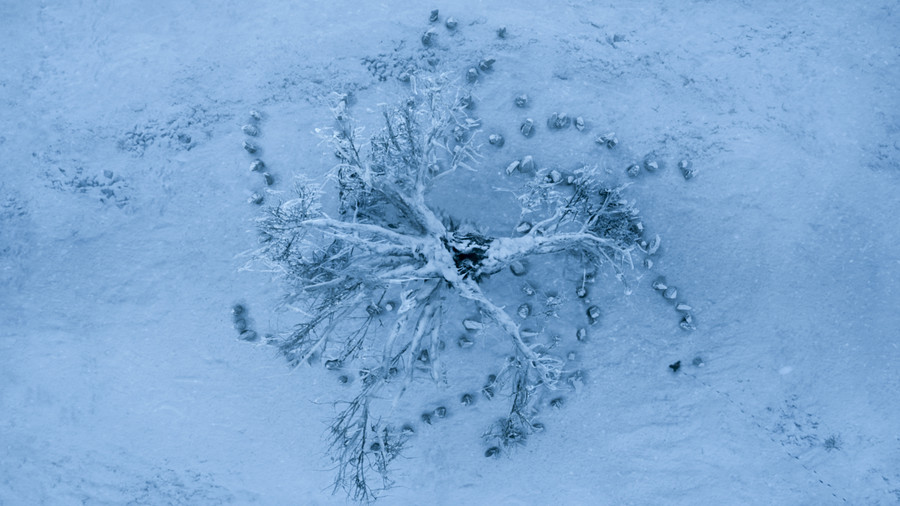 How the History is Told

This episode is a shinning example of one of the other broad themes of Game of Thrones: history is told by the victors. Robert Baratheon won so Rhaegar Targaryen was painted as a monster who raped and killed Lyanna Stark instead of a man who fell in love and eloped. Joffrey won the War of the Five Kings, and so the story that we saw unfold in the early seasons is now told with that in mind. We got a glimpse at Joffrey's version (as noted in Westeros Revisited: The Lion and the Rose) but here we see that other groups are adopting a distorted view of events through Arya's (Maisie Williams) recon mission on Lady Crane. In this version, Cersei is a broken-hearted widow who wants to follow the laws of succession and Joffrey is an innocent boy who wants to serve his father's memory by being a just king. It's Ned Stark who is portrayed, somehow, as both a schemer and an idiot who wants to take the Iron Throne for himself. We, and Arya, know that it was never in Ned's plans to sit on the throne, but the Braavosi crowd loves to see him as the villain. What a difficult test for Arya to sit through it all. 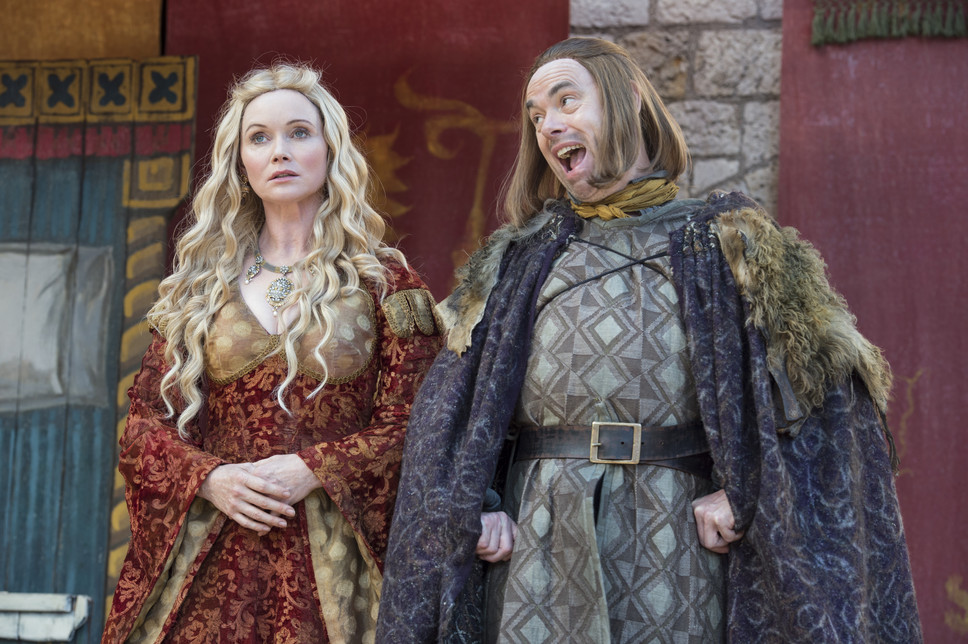 How the Trauma is Told

At this point in our story, Sansa (Sophie Turner) is a rape survivor and here the show takes time to unpack that trauma. I'm glad they do - it's a story that doesn't get done justice in a lot of TV shows. Early in the episode, Sansa confronts Littlefinger (Aidan Gillen) for the first time since he essentially sold her to the Boltons. She is justifiably angry, knowing that there was no way Littlefinger didn't know how sadistic Ramsay is ahead of time. But watching it now, with the knowledge that in a few episodes she will save the day at the Battle of the Bastards by recruiting Littlefinger and the Knights of the Vale, this lays the ground work for how unbelievably strong Sansa has grown over the seasons. The contempt with which she treats Littlefinger here (and rightfully so) is something she'll put aside as she knows it's what's best for the North. We don't get to see her make that choice but the fact that she's able to do it shows that she is truly a great leader now.

Later, we see Team Stark discussing their strategies for rallying the North to their side and Davos touches on this theme again. While Sansa believes the Karstarks will assist them because they have a long history of loyalty, Davos reminds her that Robb Stark executed Rickard Karstark for treason (back in season three). She is thinking of the clan as a loyal group from the histories she was told, but he is thinking of the story they must tell amongst themselves of the Stark who unjustly killed their patriarch. They're about to get Lyanna Mormont though, so that's really all that matters. 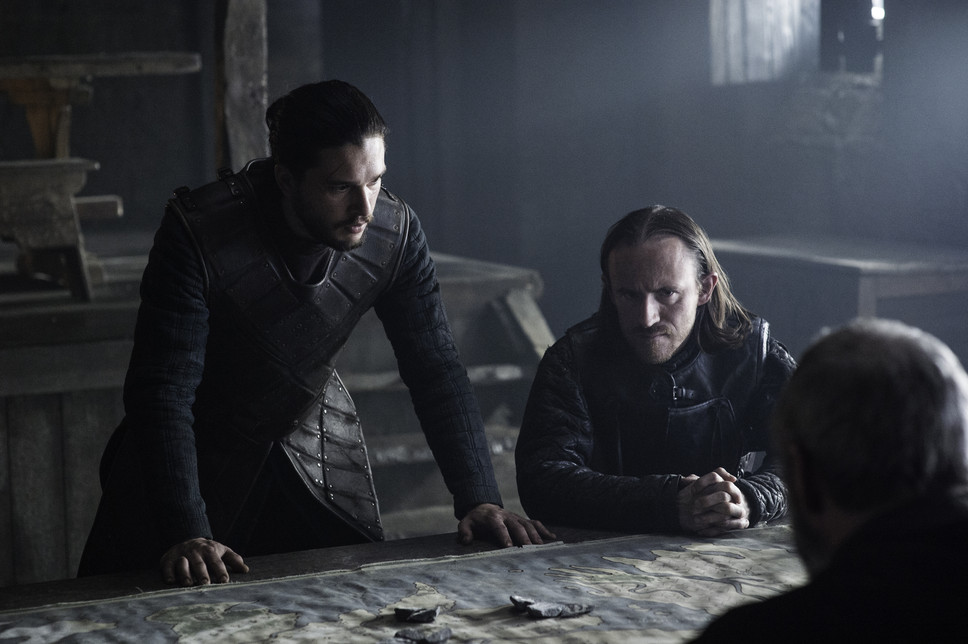 How the Ascension is Told

Ah the Kingsmoot - one of our few glimpses into Greyjoy culture. With the death of Balon, the Ironborn must gather to declare a new King...or, if Yara has her way, a Queen. Theon's redemption arc really kicks in here as well. At the beginning of the series, he was a bit sexist and very willing to stab family in the back for his own gain; here he helps his sister gain the respect she needs and sacrifices his own gain for family. There's a lovely full circle to this change - even if it came by a horrible few seasons of legit torture. But don't cheer for Girl Power just yet because here comes a new Big Bad: Euron Greyjoy. He brazenly declares that he killed Balon for being weak and that both Yara and Theon have done nothing to advance the Ironborn despite having so many chances. Even though the Ironborn are very strength-centric as a culture, I feel like kinslaying is a pretty big deal. Though the iron price is also a pretty big deal for them so...I don't know. They go with him. One fun thing to note is that Euron's initial plan is to marry Dany, but now we see him allied with Cersei (Lena Headey). 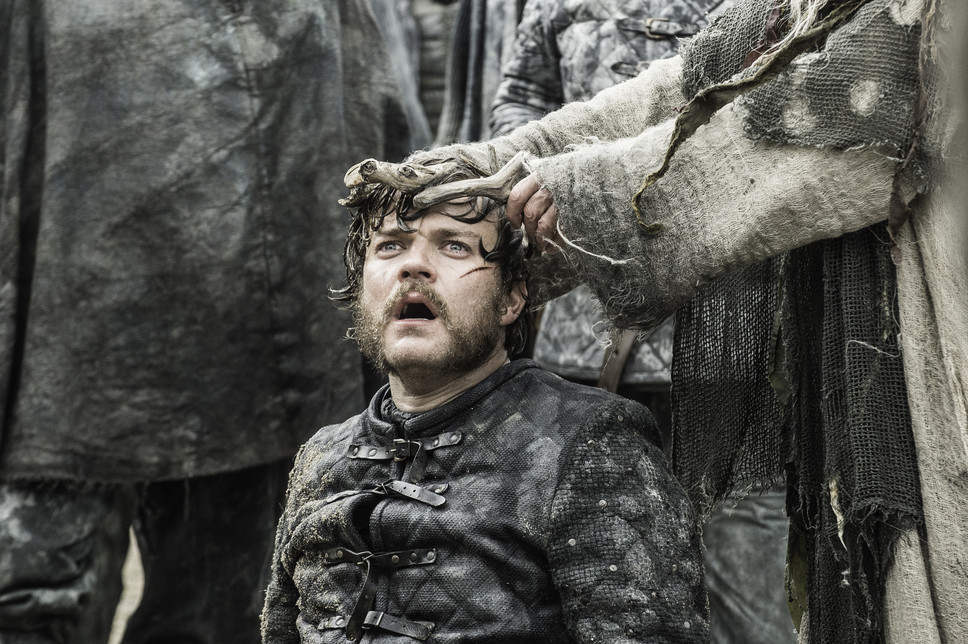 Now, Tyrion (Peter Dinklage) is a character who appreciates crafting a narrative! Though he and the counsel were the ones who brought a tentative peace to Meereen, Tyrion recognizes that Dany has to be associated with it publicly to maintain the people's respect and trust. And so they bring in an expert: Kinvara, First Servant of the Lord of Light. This is a really interesting character and I hope we see more of her - I'd especially be interested in what she and Melisandre would have to talk about, or even see her go head to head with Davos! Varys' discomfort with religion and fanatics is totally understandable given his backstory, and the scene here gives us a glimpse of him at his most vulnerable. But really what this scene leaves me with is a lot of questions about the Lord of Light - is he the real divine force in this word? We've seen his followers perform miracles but is he truly a force of goodness?

How the Mistake is Told

North of the Wall, we see three huge mistakes be made. The first happened long ago when the Children of the Forest created the Night King. In a symbol that seems very familiar (I remember you from Westeros Revisited: Winter Is Coming, spiral!), the Children push a piece of dragonglass into the heart of a man and his eyes turn blue. In the current timeline, the Children's excuse is that they were at war and needed to defend themselves from men. There is a convincing theory that the White Walkers are a metaphor for Climate Change which makes this origin story even more interesting - if that's the case, are the Children a personification of the Earth sending natural disasters to defend itself? As much devastation as the White Walkers have caused since their creation, to hear the Children tell it they had no other option and it had to be done.

The next two mistakes are all Bran: out of boredom, he touches the tree without guidance and gets marked by the Night King; then he completely wrecks a younger Hodor's mind while warging in a vision. Oh boy. As the army of the dead approaches, the Children set a fire around the mouth of the cave. Interestingly, the Night King and his lieutenants can quench the fire to pass through, but the hoard of undead cannot and have to climb around it. As Bran and Meera flee, Summer attacks the intruders but is killed (what a good boy he was!) and Leaf sacrifices herself in a redemption for her sin. And Hodor, well, we all know what Hodor does...heroically allow Meera and Bran to escape as he holds the door.

How the Miscellaneous Observations are Told

Stay tuned as we return to season seven with Westeros Revisited: The Dragon and the Wolf and rewatch the entire series with us on HBO