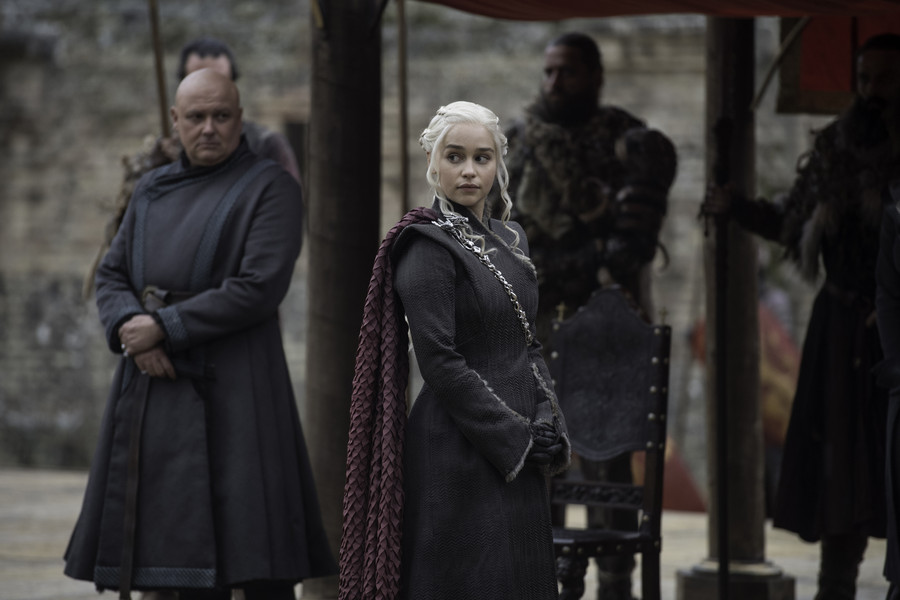 Westeros Revisited: The Dragon and the Wolf

This is definitely the episode of teaming up - uniting the living against the dead, petty issues aside. And because we've gotten to know these characters so well after seven full seasons, this leads to many an awkward look and loaded conversation. Tough to pick just one, but if you twist my arm I would say Brienne (Gwendoline Christie) and the Hound have the best tete-a-tete. Last time she saw him, she bit his ear off and nearly killed him. So, yeah, there's that. But what puts this pairing above and beyond for me is the way they discuss Arya (Maisie Williams), who both have bonded with and see themselves in: it's almost like divorced parents discussing how mutually proud they are of their little girl. 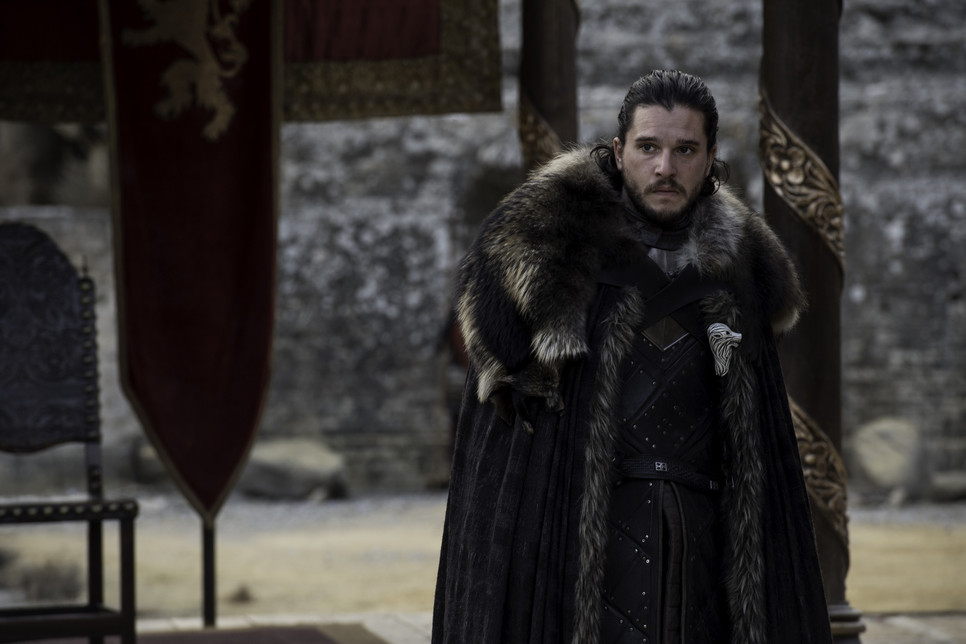 As negotiations get off to an expectedly tense start, we get a moment that sent shivers down the tin foil hats of fans all over: The Hound confronts his brother, the (undead) Mountain, saying something still needs to be settled between them. Cleganebowl lives? Maybe? There's also a moment to hammer home how awful Euron is when he tells Tyrion (Peter Dinklage) that they kill dwarfs at birth in the Iron Island as a "mercy." It's an interesting note on the running theme of death as a gift that has popped up many times - a distortion of that concept leads to the murder of babies apparently. Cersei (Lena Headey) also touches on this theme when she jokes that joining the army of the dead would be an improvement for most citizens of King's Landing.

When push comes to shove and Cersei is asked to join the alliance, she won't do it until Jon Snow (Kit Harrington) vows to remain neutral in the power struggle between herself and Daenerys (Emilia Clarke). The way she phrases it is really interesting given his true parentage:  she trusts "Ned Stark's son will be true to his word". But Jon, being too honorable for his own good (another theme of Game of Thrones) can't hide that he's pledged for Dany already. Tyrion asks "Have you ever considered learning to lie? Just a little bit?" - I had stronger language for him in this moment, but so be it. 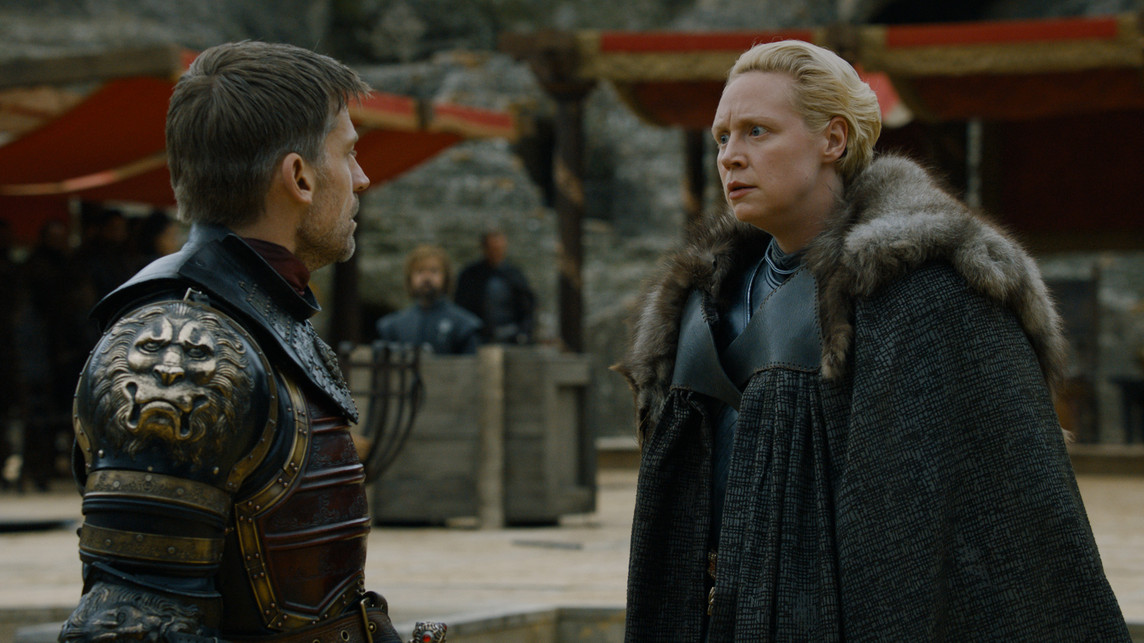 As Cersei retreats to the castle and Jaime follows her, we get a moment of role reversal between him and Brienne as he insists that he needs to stay loyal to his Queen. The Kingslayer is not really known for his allegiance to a monarch. Brienne, in a moment that is very atypical for her, dismisses loyalty in this moment given what they've seen. Later, when Cersei comes back to join the gang after all, it should very a victory of reason over selfish impulses. But that's not our girl Cersei's style, is it? Which leads us to...

The masterful scene between Tyrion and Cersei here makes me realize how much I missed their interactions since he fled to Essos - Dinklage and Headey do incredible work dancing around each other's machinations. With Lannister family reunions this tense, I can only imagine how crazy it was when the three of them were growing up! Though Tyrion had no great love of Joffrey, it is clear here and in earlier seasons that he cared deeply for Tommen and Marcela so it must have been awful mourning them from so far away.  As the two debate whether Tyrion loves his family at all or is a traitor to his last name, it becomes clear in retrospect how Cersei was ultimately able to outmaneuver him- putting him on the defense and striking his rawest nerve is a one-two punch that even Tyrion stood no chance against. 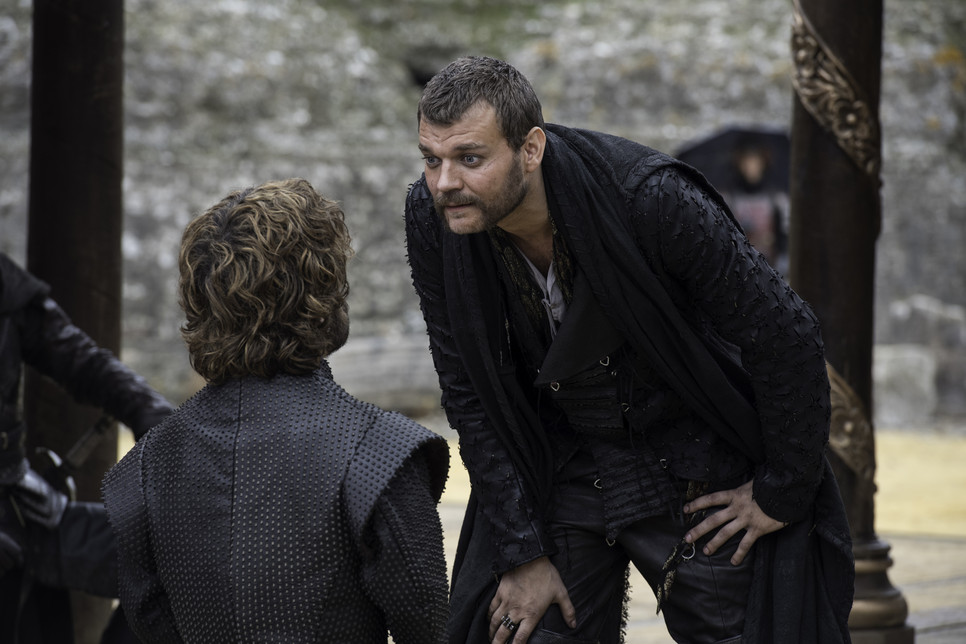 With the later reveal that Euron did not run away, but instead sailed to bring the Golden Company mercenaries to fight for Cersei and that she has no intention of joining the Fight for the Dawn, we get Jaime's long awaited final straw. The twins have stuck together for better or (mostly) worse through so much but this is one devious act Jaime can't justify. We get a glimpse of what the show has evolved into as he tells her "This isn't about noble houses, this is about the living and the dead." Of note: Both of Cersei's brothers tell her to order her man to kill them in this episode. Though she doesn't do it either time, it doesn't speak well of their family dynamic, does it?

This episode sees a very nice full circle moment for Theon (Alfie Allen). First, he has a great scene with Jon that resonates for both of them. Theon tells him that he's always felt torn between being a Greyjoy and being raised a Stark and Jon counters by saying that he doesn't need to - Theon is both. While it obviously helps Theon heal one of the great rifts in his heart (and story arc), it also has fun dramatic irony since Jon doesn't yet realize that he is both a Stark and a Targaryen and will probably need to deal with loyalty to both families when he finds out.

As we move on, Theon has a stirring speech on the beach that reminds me of his failed battle rally at Winterfell (see Westeros Revisted: Valar Morghulis for more on that). But here, instead of relying on hollow statements about glory, he makes a heartfelt plea to the ironborn to help him rescue his sister. Where there he choose to stab family in the back, here he chooses to help them. So much more effective...until one begins a fight with him. Quick shout-out to the Sound Editors on this: the fight scene is so much more visceral because of the sounds they add and the poor Sound Department never gets the credit. Well done! And though it's played for comic effect, it's Theon's literally tortured past that turns the tide of the fight. Exciting times for the Greyjoys!

"When the snows fall and the white winds blow, the lone wolf dies, but the pack survives.” Ned Stark may be gone but his memory and lessons live on. Though Littlefinger (Aidan Gillen) tries his tricks on the Stark children, they are able to band together and pull one over on him in what might be the series greatest comeuppance scene. Littlefinger has a great micro-expression of surprise when Sansa (Sophie Turner) first accuses him. Being Littlefinger he pulls it together almost instantly, but it is there and it's fantastic. In an interesting twist on another of Ned Stark's lessons, Sansa passes the sentence but it's Arya who swings the sword. Bye Littlefinger! 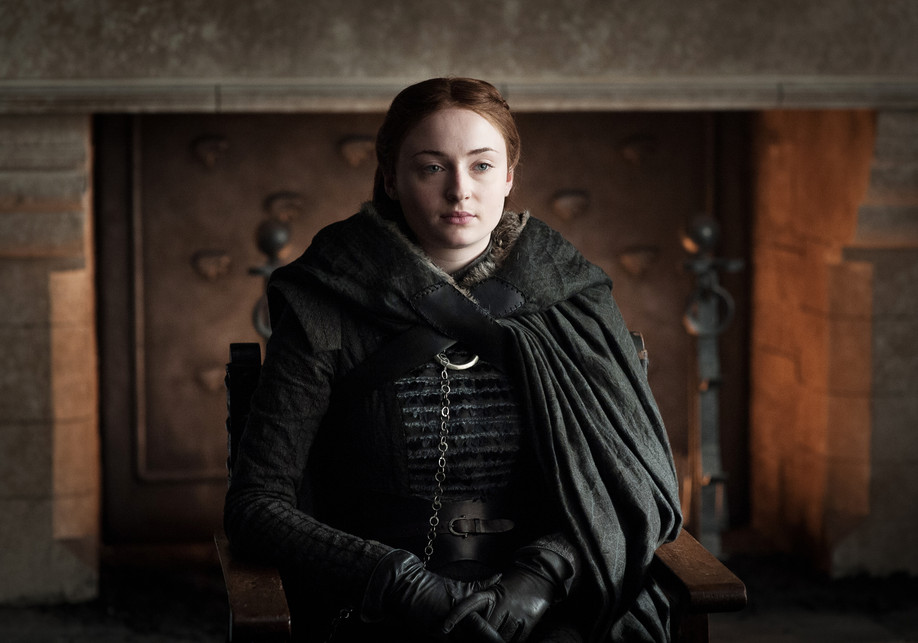 While they wait for Cersei, Jon and Dany have a loaded conversation about the fate of the Targaryen family. As Dany says that the line will end with her since she is the last Targaryen and cannot have children (yeah - remember Mirri Maz Duur? Long time ago!), she does so unknowingly standing next to her nephew. Which is what makes what should the nice moment of the two of them getting it on be...less nice. Especially with Sam and Bran's voiceover piecing it all together through the sequence. On the plus side, they inspired the titles for this article: teamwork makes the dream work, thanks guys! 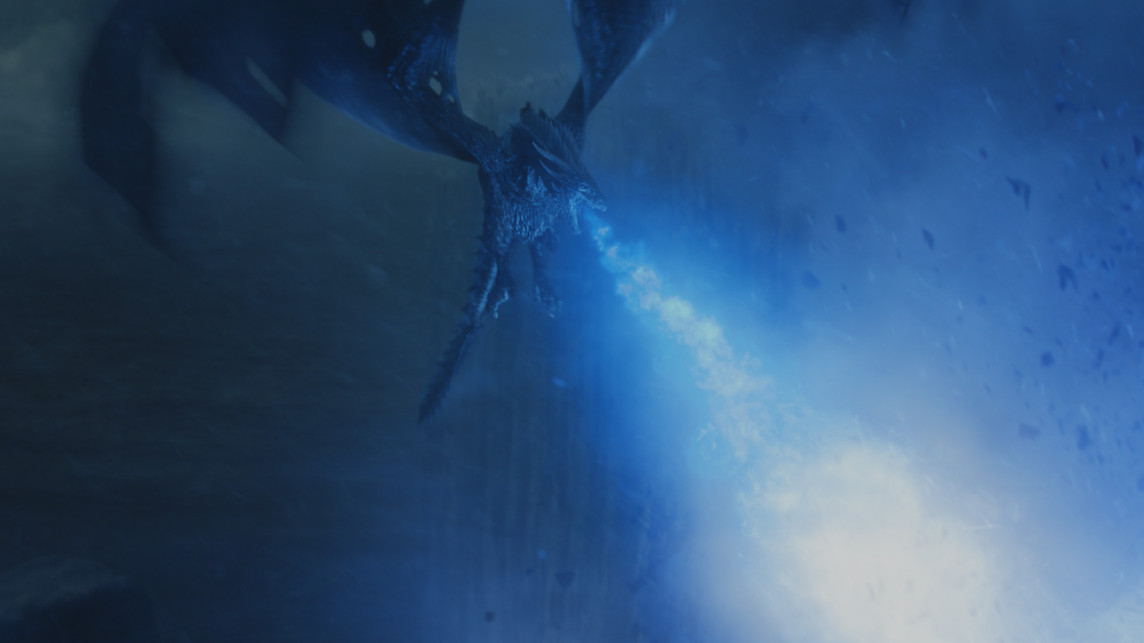 Is it April 14th yet? Until then, rewatch the entire series with us on HBO