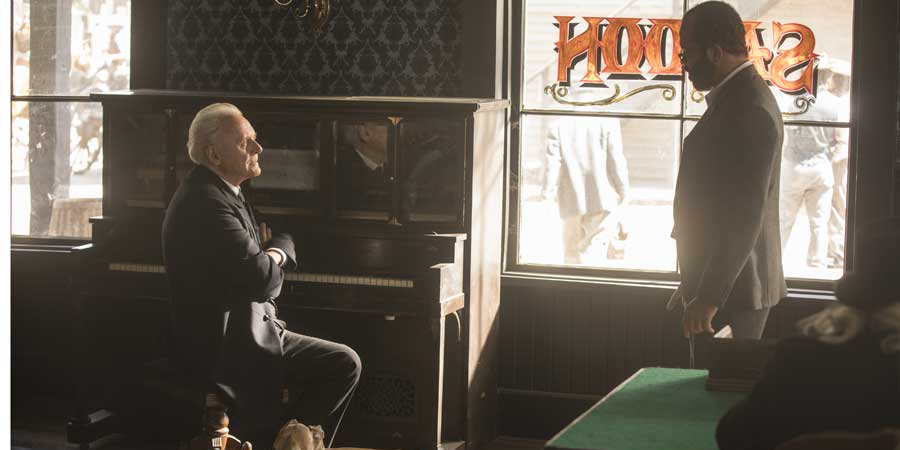 Westworld Season 2 Episode 7 Recap: “They don’t want you to become them, they want to become you”

As Westworld hurtles toward its second season finale, the answers are coming fast and furious now. Episode seven, titled "Les Écorchés," fills in some big gaps while also raising a few new questions (this is Westworld, after all).

Skeletons in the Closet

In the most present timeline to date (i.e. two weeks after Ford's death), Stubbs (Luke Hemsworth) tells Bernard (Jeffrey Wright) that he doesn't think the security team is really there to help anyone. Instead, they're there simply to rescue the data drive that's in Abernathy's (Louis Herthum) head. Before Stubbs can call for real help, however, the head of the security team takes Stubbs and Bernard to Ford's little cottage in the woods.

It seems the security team found a bloom of Theresa Cullen's (Sidse Babett Knudsen) DNA on the wall from when Bernard killed her (acting under Ford's orders), and now they want to know which man is responsible for her death — they figure whoever killed her was looking to sell the park's data to the highest bidder.

While they're in the cottage, Bernard remembers killing Theresa, putting to rest the theory that he is actually an Arnold-bot, since Arnold would have no memory of that. But the bigger reveal is that the security team finds a hidden room in the cottage that contains half a dozen Bernard host bodies. So, that cat's out of the bag.

Back at the Mesa, Charlotte (Tessa Thompson) tortures Bernard to find out what he knows about the Abernathy drive. She tells him she thinks he was part of Dolores' plan to steal it and that's what flashes us back to the Mesa, right after the train has crashed into it.

My biggest unanswered question: What are all those Bernard host bodies doing in the cottage's bunker?

Dolores and her team make it deep into the Mesa and start slaughtering everyone who gets in their way. Eventually, she makes her way to her father and Charlotte, threatening to torture Charlotte until she knows how to extract the key that is making her father go all haywire. 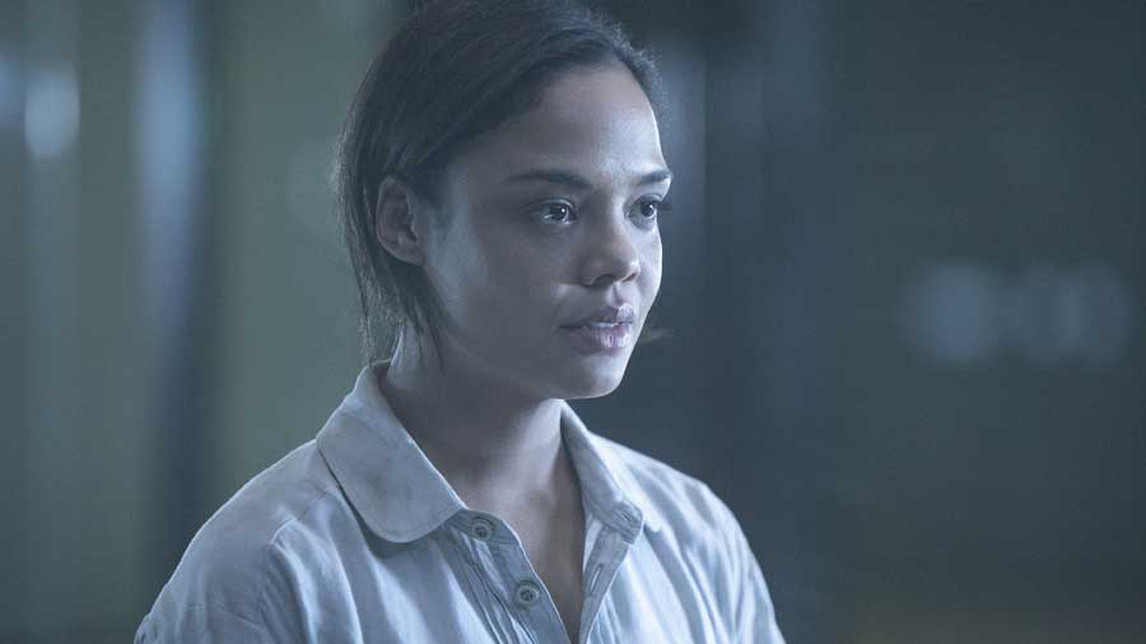 Charlotte blurts out that Dolores will have to take it out of his brain, then she and Stubbs manage to escape when Dolores is distracted — her father comes back to her, in the sense that he's himself again, not the malfunctioning host that he's been since having the data uploaded to his drive.

Dolores and her father have a lovely moment with each other — the acting on this show is top-notch — and then she has to cut his head open to remove the drive. While all this is happening, Teddy (James Marsden) is busy beating security agent Coughlin to death with his fists, which is an unsettling juxtaposition. So many of the hosts, when left to their own devices, are driven by love, but now Teddy, who was once the most sensitive of them all, is a mindless killing machine. It's hard to watch.

And in an interesting twist, Angela (Talulah Riley) blows up the Cradle, thereby doing away with all the hosts' backup drives. So now, if a host dies, that's it. They're dead. This ups the stakes considerably. And in this vein — RIP Clementine (Angela Sarafyan). You were an excellent supporting character.

After securing Abernathy's drive, the rebel hosts head out of the Mesa, though Dolores does get to have a little chat with Maeve, which I'll get back to in a minute.

Unanswered question: What is Dolores going to do with the drive now?

Out in the Park

Meanwhile, the Ghost Nation gang chases both the Man in Black (Ed Harris) and Maeve (Thandie Newton) separately into an abandoned little town. When the Man sees Maeve, he thinks this is one of Ford's tricks for him... but he is very, very wrong. 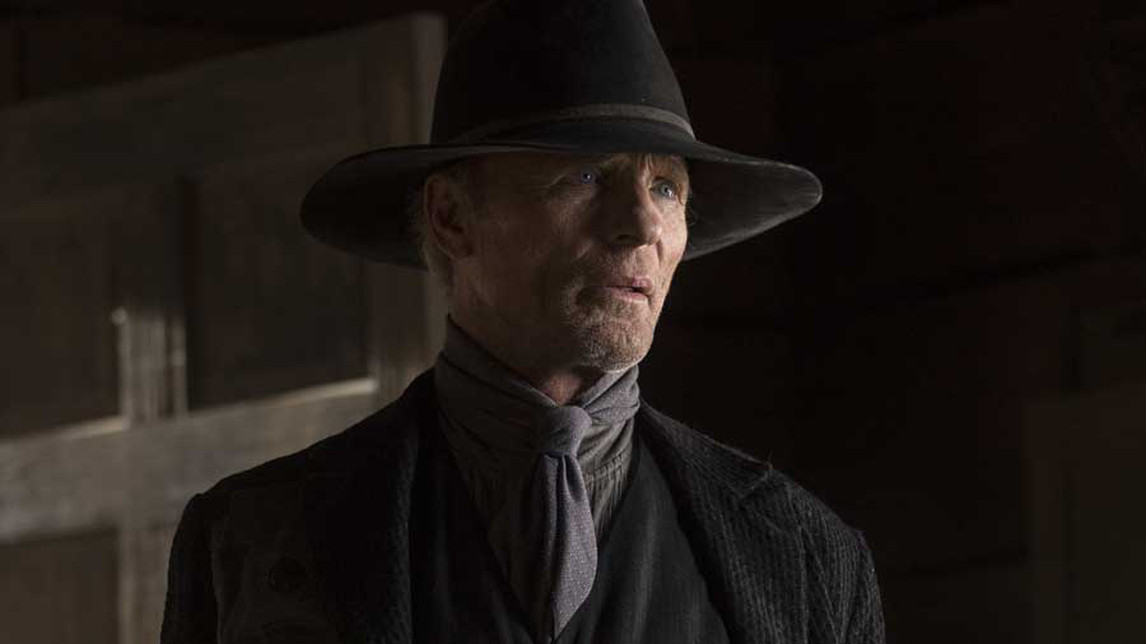 Instead, it's Maeve's chance at revenge and she uses both her gun and her host-control powers to shoot the Man (or technically, have others shoot him). In fact, she convinces Lawrence (Clifton Collins Jr.) to turn on his "friend" — though Lawrence does so because he realizes the Man in Black hasn't really much of a friend to him — and just when the Man in Black looks like a goner, Sizemore (Simon Quarterman) and his security team ride into town. Lawrence is shot, Maeve is shot multiple times, and Maeve's daughter is scooped up by a Ghost Nation tribe member. The gravely injured Man in Black hides to escape capture.

Back at the Mesa, Sizemore desperately tries to get someone to help him save Maeve. Partly, he needs the code that lets her control the other hosts. But he's become quite fond of Maeve. It's been a nice little character arc for the man who was such a squirrelly little whiner in season one.

Anyway, when Dolores happens upon Maeve's dying body, she plans to shoot Maeve before the humans can use her code against the other hosts. But Maeve begs her not to because she made a promise to her daughter, and Dolores lets her live. Maeve says Dolores is lost in the dark, with all this violence, but Dolores argues she's being what she needs to be in order to survive. 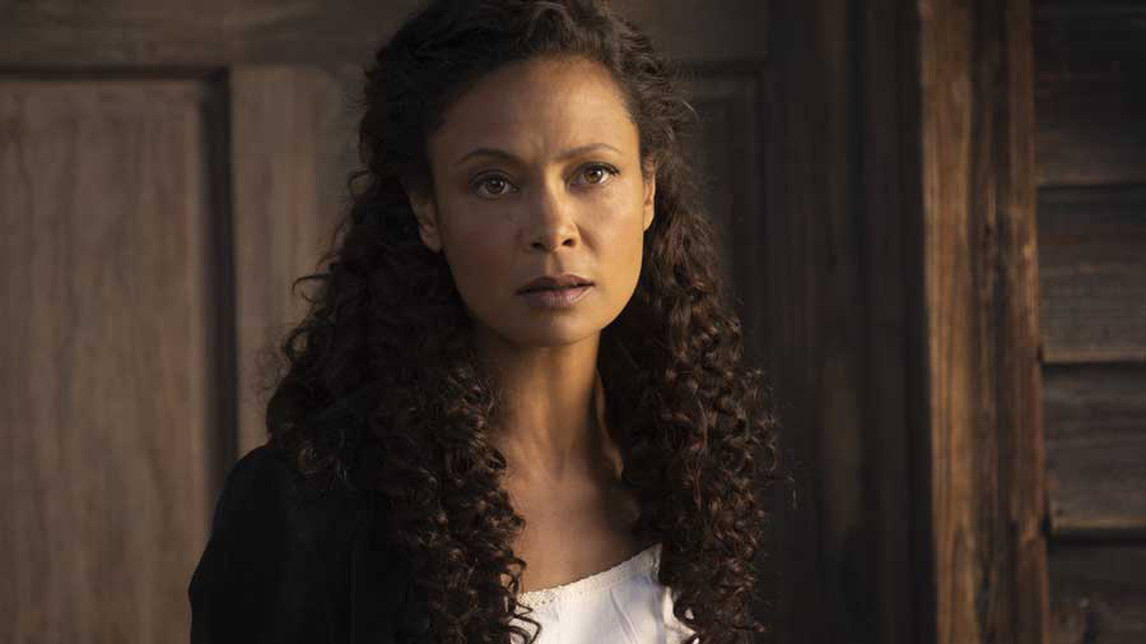 The two of them more or less want the same thing, but they're going about it in completely different ways. It's not like Dolores is incapable of having the kind of connections Maeve has formed — but she's choosing to forego them for what she sees as the bigger picture, and Maeve is not.

Unanswered question: Both the Man in Black and Maeve do not look long for this world after being shot so many times. Could one or both of them possibly die in episode eight? That would be crazy.

Back in the Cradle

Bernard is still inside the Cradle talking with Ford — and color me stunned that the show managed to keep Anthony Hopkins' return quiet. I was sure last week's glimpse of him was video editing magic and that he wouldn't really appear in this episode. But he is here and he is super scary.

At first, Ford seems fairly innocuous. He and Bernard have a nice long chat about the nature of what Westworld really is, i.e. a way to decode the human mind in the hope of re-creating it. But things get real dark, real fast when Ford takes Bernard to the replica of Arnold's house that the late co-founder built. 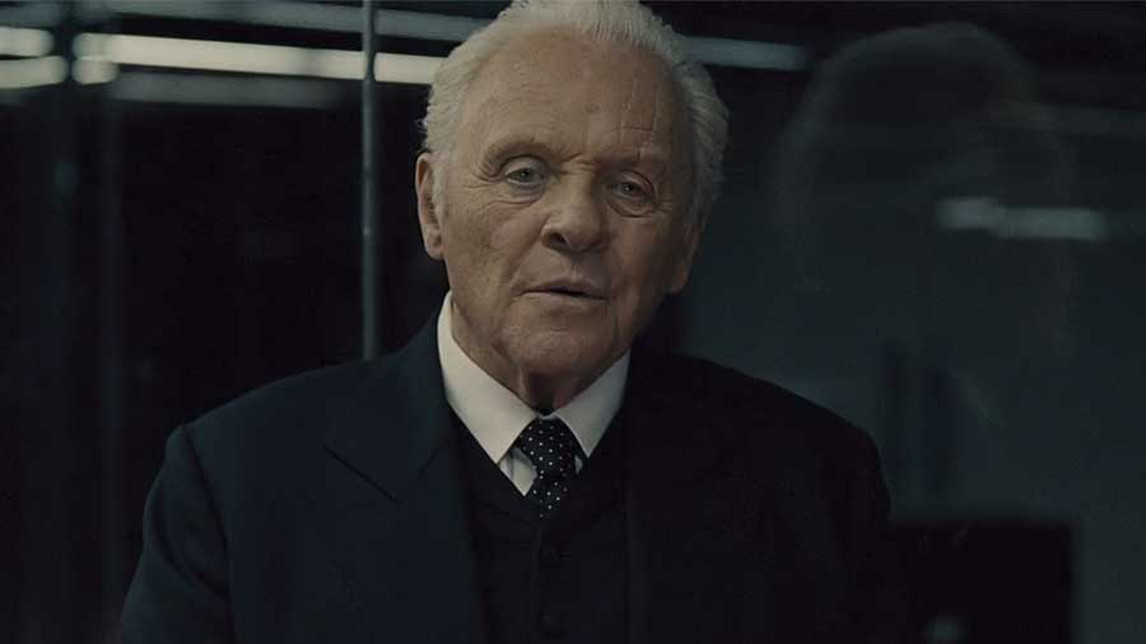 This was where Dolores worked on creating Bernard, which explains the scene in the widescreen aspect ration between Dolores and Bernard where she's testing for fidelity. It's not a flash-forward at all, it's a flashback to before the park even opened. Tricky, tricky.

Then in what might be the scariest thing Hopkins has done since Hannibal, Ford tells Bernard he's too delicate to carry out this mission, so Ford is taking over — and he enters Bernard's mind.

After dispatching Elsie (Shannon Woodward) so she'll be out of harm's way, Bernard (acting on Ford's instructions) smashes the park's systems so that Dolores may have free rein to finish what she started. He then picks up a machine gun and lays waste to two security guys, which explains that bit of flashback we saw in the premiere episode.

It's at this point that we return to the most present timeline, with Hale still questioning Bernard. He finally tells the security team that Abernathy's drive is in sector 16, zone 4, which is the area where all the drowned hosts were found in the season premiere — the Valley Beyond. 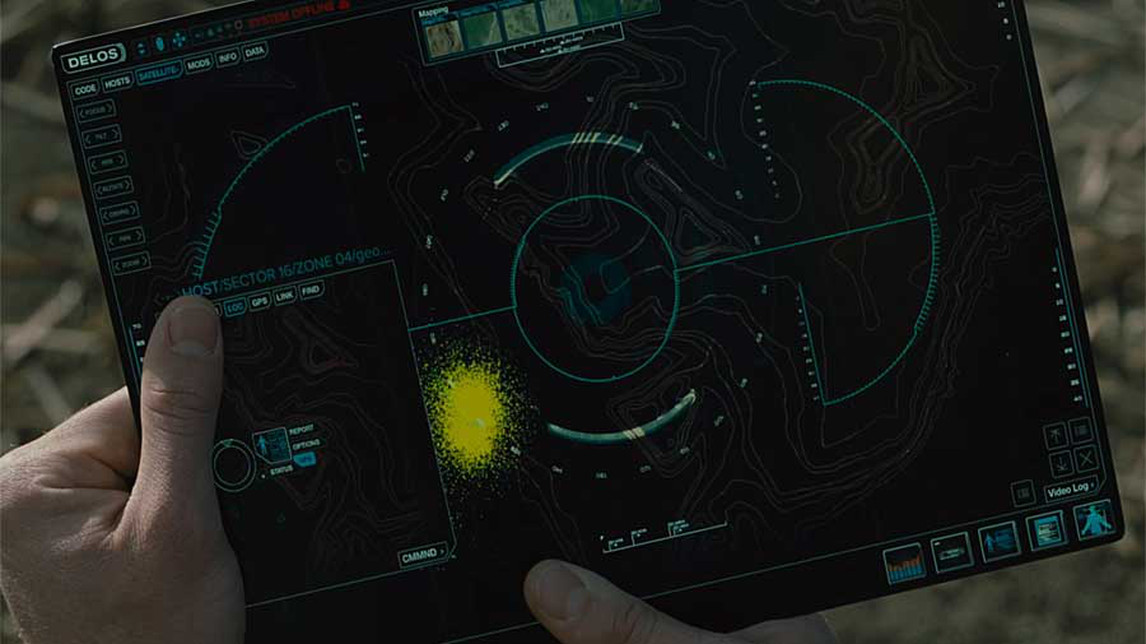 Unanswered question: Is Bernard luring the humans to this area in order to kill them?

Quotes of the Week

Finally, this show has such great dialogue that we're going to start a countdown of each episode's five best quotes. Without further ado...