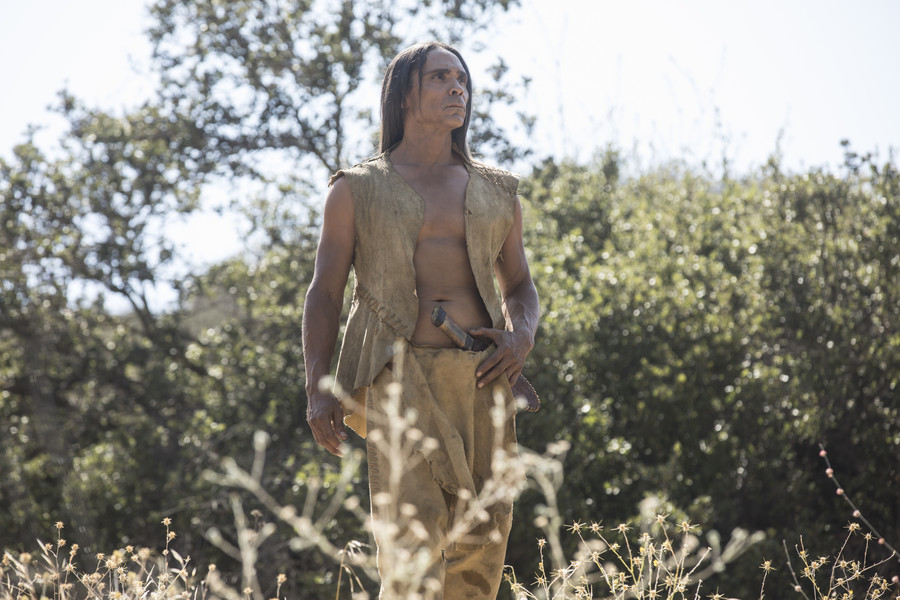 Westworld Season 2 Episode 8 Recap: “Take my heart when you go”

After episode seven, it seemed like Westworld was hurtling toward a bloody season finale (and it probably still is). But episode eight ("Kiksuya," which means "remember" in the Lakota language the Ghost Nation hosts use on the show) was a complete departure from the show's main storylines — I imagine this will be is a polarizing episode.

I liked the episode more during my second viewing (inside scoop: that's how these recaps get made). My first time through there was such a jarring halt to the action that I found myself impatient with the story, even though it was written, directed and acted beautifully. The second time around, I really appreciated the episode more. Let's get into what happened.

Akecheta (Zahn McClarnon) is front and center this week. He comes across the Man in Black (Ed Harris), dying from all his gunshot wounds and takes him back to the Ghost Nation camp. There, Maeve's daughter is visibly frightened of the Man in Black, so Akecheta tells his story to comfort her.

Most of the episode is various flashbacks to how Akecheta became sentient, which apparently happened almost completely separately from the storylines of season one. It's a fascinating story, and I even wish breadcrumbs had been sprinkled throughout the previous season a little.

It comes together that Akecheta was living peacefully in a village full of his fellow tribe members until the massacre at Escalante where Dolores (Evan Rachel Wood) killed all the hosts, then killed Arnold (Jeffrey Wright) and herself. Akecheta wanders into town after hearing all the gunfire and finds the toy maze Arnold used as the basis for his journey to consciousness. It sparks something in Akecheta, and he begins carving the symbol everywhere.

But before he can fully realize what is happening, he is reprogrammed to become the leader of the brutal Ghost Nation gang. This continues until Akecheta comes across a sun-crazed Logan (Ben Barnes), naked, leaning against a tree and muttering to himself. Logan says that this world is "wrong," which starts Akecheta sensing that he lived another life before his current one of violence.

One day, he abandons his storyline and rides to the edge of the park to look for Logan again, but he instead finds construction equipment as it develops the park's resort. He realizes it's a passage to another world and returns to the village to retrieve the host who played his wife Kohana (Julia Jones) in his former narrative. 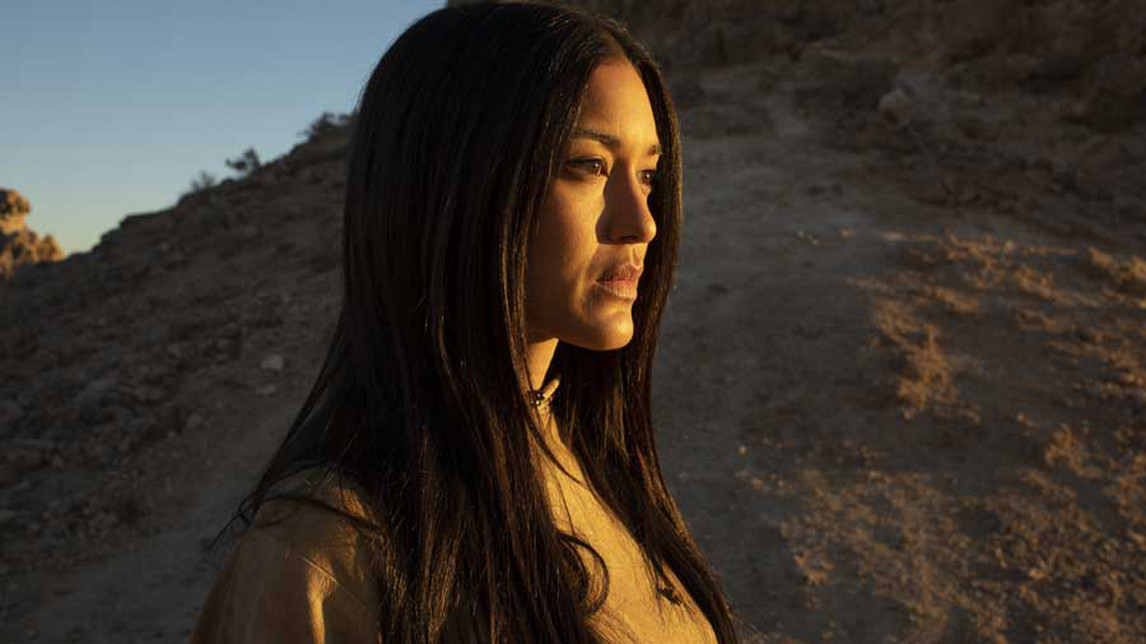 Kohana eventually comes to remember him also, and they fruitlessly seek out "the door" at the edge of the park. But two technicians take her back to the Mesa while Akecheta is out hunting one morning, and he returns to find Kohana has been replaced with another host. He also finds that another villager, an older woman, feels like her son is not her son (because he's a host who has also been replaced).

So Akecheta gets himself shot in order to go inside the Mesa, where the techs are astounded to discover he's been in the park 10 years and has never been upgraded — because he's never died. They leave him to run a four-hour update and he gets down to cold storage, where he finds his wife and the other villager's son. They, of course, don't respond to him because they've been put in sleep mode.

It's here that Akecheta realizes that for every host retired from the park, there is someone out in the park who mourns their loss, even if they don't know why. This is the most pointed storyline we've had so far this season about love and loss, but that has been a theme throughout Westworld. Part of the hosts' awakening is realizing and experiencing true love, whether it's romantic love or motherly love or something else.

We've seen this with Maeve (Thandie Newton) and her daughter, with Dolores and her father, now with Akecheta and Kohana. In fact, I think we first saw it for Dolores with young William (Jimmi Simpson). He's her true love and seeing the man he became (when he was then played by Ed Harris) is what I think finally "broke" her into true sentience. And knowing what we know about William's life after his time in the park with Dolores, it really feels like she was his true love as well and he never really recovered from what happened to her.

Wouldn't it be lovely if there was some William-bot somewhere who could bring Dolores back from her violence and the two of them could just run off together or something? That's not really where the show is going, but the romantic shipper in me can dream.

Anyway, Akecheta goes back into the park and first gives the old woman villager a lock of her son's hair, which is a beautiful moment. He also makes it his life's work to spread the truth to every host he can. The Ghost Nation crew decides they need to hide the symbol from the humans, which is how it ends up being on the underside of their scalps. Akecheta also reveals to Maeve's daughter that he was watching over her after she helped him once — the Ghost Nation never had violent intentions for Maeve and her daughter, but in this world, it's easy to misunderstand people's intentions. 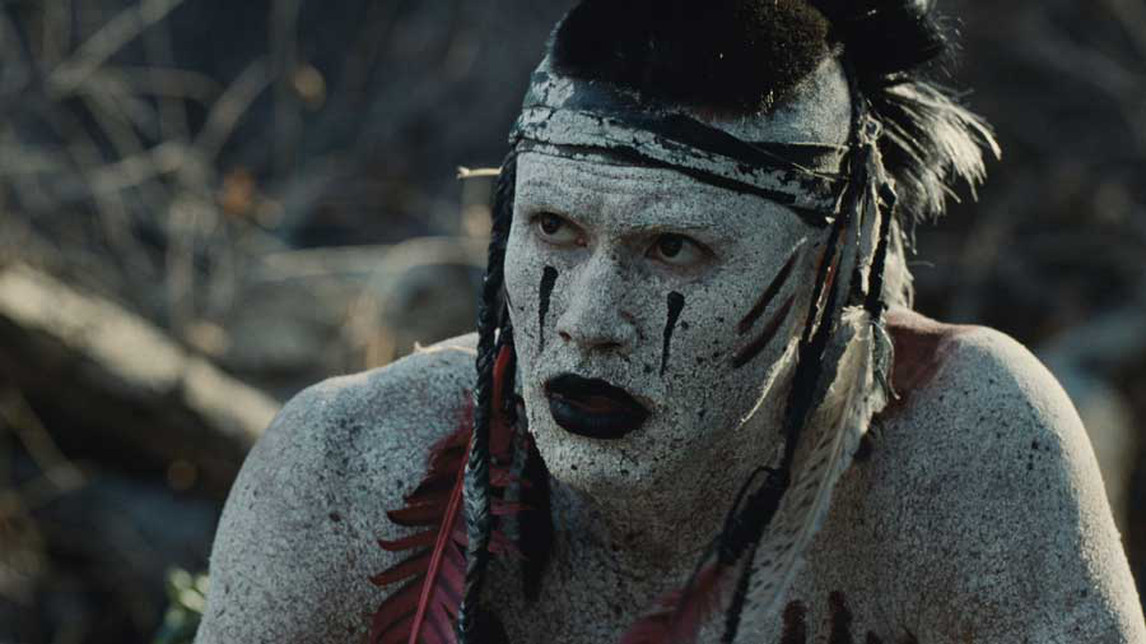 Eventually, Akecheta meets Ford (Anthony Hopkins), who is pretty taken aback at the extent to which Akecheta has awoken. He tells Akecheta that when "the Deathbringer" (aka Dolores) returns for him (Ford), Akecheta will know to gather his people and lead them to a new world. It's a great scene, surprising even knowing what we know about Ford's role in the hosts' uprising. Very nice touch by the show.

It's pretty crazy that while Dolores was having this solo awakening in season one, all of this was simultaneously happening with the Ghost Nation hosts. Maybe the writers didn't have this mapped out until they were breaking down season two. So I'll take what we get now.

Back at the Ghost Nation camp, as Akecheta wraps up his story, Emily (Katja Herbers) rides in and asks for her father. Akecheta wants the Man in Black to suffer because of the "sickness" he's been spreading in the park. She tells them she can hurt her father more than they ever could, and they let her ride off with him.

Biggest unanswered question: Can Akecheta can be reunited with Kohana since all the hosts in cold storage were gone at the end of season one. Where did they all go?

While all this is happening with Akecheta, Maeve is being saved back in the Mesa. Sizemore (Simon Quarterman) has gotten her pushed to the head of the line for the technicians by revealing she can control other hosts with her mind. 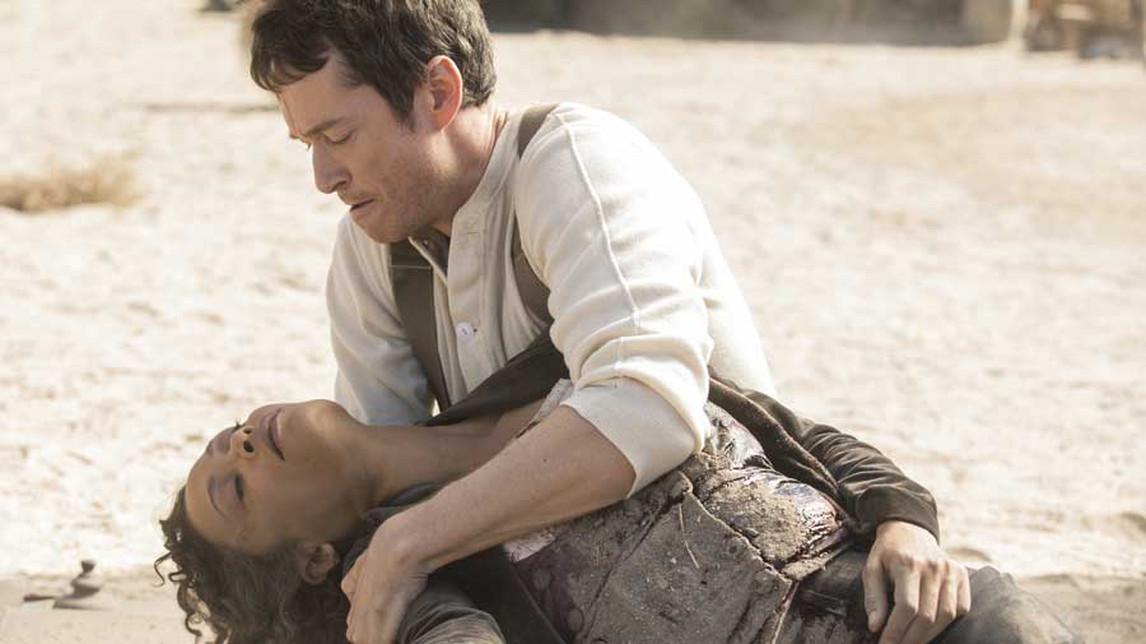 Really, he just doesn't want her to die. When he has a moment alone with her, he confesses that he's sorry any of this is happening and says she deserves to be with her daughter. It's a nice parallel — as the hosts are learning to love, so are some of the humans. Sizemore cares about Maeve the way he would care about a "real person," and therein lies Westworld's whole deal — what even makes a person? If these hosts are sentient, are they not people too? As the show has repeated over and over again, "If you can't tell the difference, does it matter?"

In the episode's waning moments, we see that Maeve's consciousness has been interacting with Akecheta, despite her being in the Mesa. Charlotte (Tessa Thompson) wonders just what is going on with Maeve, while Akecheta assures Maeve that they'll keep her daughter safe until she can find them.

Unanswered question: Is Sizemore safe? I'm quite worried about him at this point. He's had his big redemptive arc and now I fear he is going to die to save Maeve from the security team. I sure hope I'm wrong about that.

No. 4: "My primary drive was to maintain the honor of my tribe. I gave myself a new drive — to spread the truth." — Akecheta

No. 3: "I built you to be curious, to look at this empty world and read meaning into it. All this time, you've been a flower growing in the darkness. Perhaps the least I can do is offer some light. When the death-bringer returns for me, you will know to gather your people and lead them to a new world." — Ford

No. 2: "I don't know if you can hear me, but I never meant for any of this to happen. You don't deserve this. You deserve your daughter — to mother her, teach her to love, to be joyful and proud. I'm sorry." — Sizemore