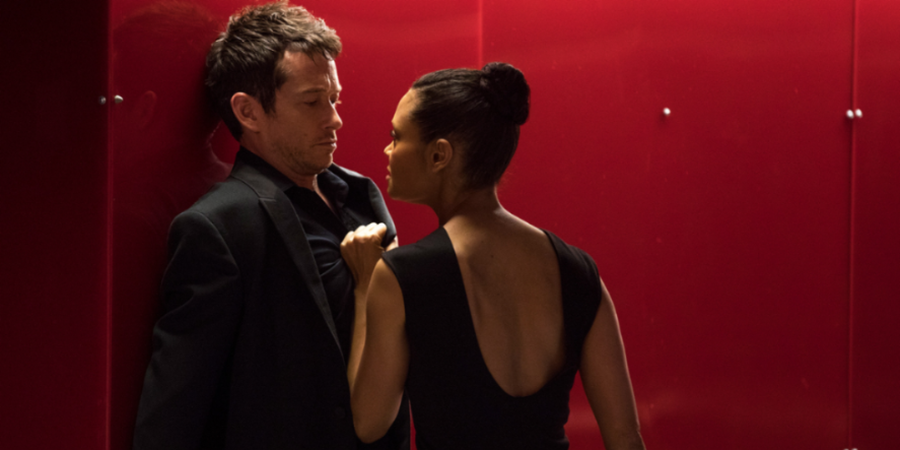 Violent Delights Have Violent Ends: Let’s Recap All of Westworld Season One

Westworld's first season had twists, turns, and multiple timelines — ample fodder for confusion, dissection, and repeat viewings. Ahead of the season two premiere on HBO on April 22, it is probably a good idea to do a quick refresh on all the action. With that in mind, here is where the major players found themselves after the finale. Warning: Literally everything ahead is a season one spoiler. 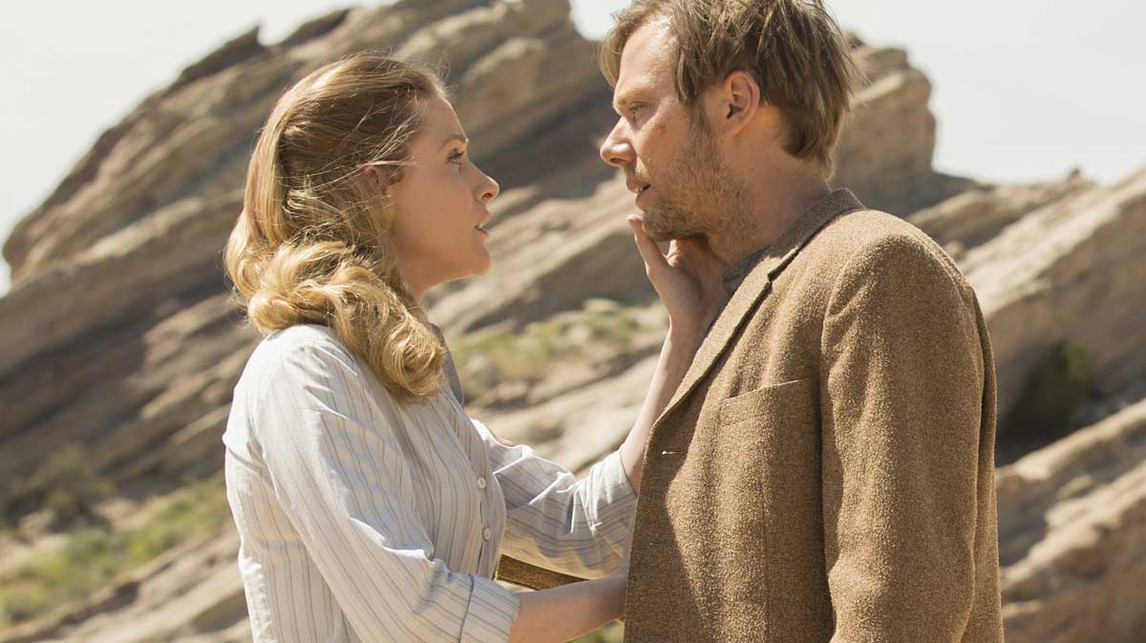 Much of season one focuses on Dolores Abernathy (Evan Rachel Wood), a rancher's daughter who finds herself retracing her steps from three decades ago in search of a mysterious maze left for her by the park's original co-creator, Arnold (Jeffrey Wright). Viewers actually watched the journeys of not one, but three Doloreses: the original Dolores, whom Arnold tried to make sentient and who eventually killed him at his behest to stop the park from opening; the Dolores from approximately 30 years ago, who goes on an adventure with William (Jimmi Simpson) when she starts remembering her previous iteration; and the present-day Dolores, whose sentience is triggered by a phrase Arnold planted in her code ("these violent delights have violent ends"), causing her to go off loop and retrace her steps from 30 years ago. When present-day Dolores meets up with William again, this time he is 30 years older and known as frequent park visitor the Man in Black (Ed Harris). Her realization that this evildoer is actually her sweet William is the final piece of the puzzle. And Dolores realizes that the center of the maze is the hosts' consciousness. 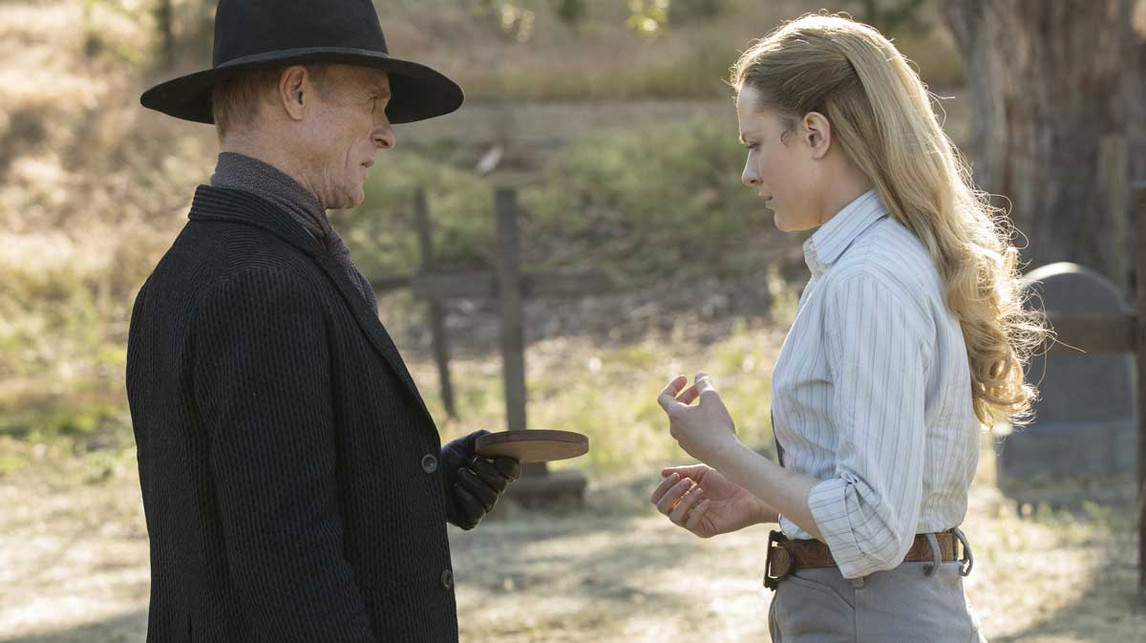 After Dr. Robert Ford (Anthony Hopkins) reveals that all those years ago Arnold merged a villain named Wyatt with Dolores in order to facilitate his own death and hopefully the destruction of the park, Dolores knows her entire existence has been a carefully constructed lie. Armed with this knowledge and the gun she used to kill Arnold, returned to her by Ford, she takes the stage at the executive board gala and kills Ford after he gives his farewell speech. She then turns the gun on the fleeing board members.

While Dolores' season one story was as exciting as it was circuitous, brothel madame Maeve's (Thandie Newton) was perhaps more poignant. This host (triggered by the one scene Newton and Wood shared, in which Dolores utters the "violent delights" phrase to Maeve) starts to gain knowledge about the park from the inside out. She repeatedly gets herself killed in order to learn more about herself with the help of a technician named Felix Lutz (Leonardo Nam). He ultimately rebuilds Maeve at her request, which lets him remove the explosive charge located at the base of every host's spine, a failsafe should they try to escape the park.

After rounding up a few henchmen in the forms of bandit Hector Escaton (Rodrigo Santoro) and his Gal Friday Armistice (Ingrid Bolsø Berdal) to aid her escape, Maeve seems finally free, ready to leave the confines of the park for the real world. That is, until she sees a mother and daughter on the train out of the park and changes her mind. You see, before Maeve was a madame at the Mariposa, she was a homesteader whose young daughter was killed by the Man in Black. Maeve decides she can't leave without finding her little girl and heads back in to the park.

The Man in Black

Throughout most of season one, the Man in Black is a mysterious, nefarious figure who commits all manner of atrocities as he seeks the Maze, a game in the park he believes to be his salvation. But 30 years ago, the Man in Black was just William, a rather timid man who discovers his true nature while helping Dolores on her quest for the Maze. Losing Dolores causes him to go on a frenzied killing spree, only to eventually stagger back into Sweetwater and see her — reprogrammed, memory wiped, no recognition of William in her eyes. It basically breaks him and he spends the next 30 years coming to the park to try to find himself again. Meanwhile, out in the real world, William's wife and daughter are terrified of him, culminating in his wife's suicide shortly before the present-day events of season one begin. Now the Man in Black has nothing, not even the answer to the Maze puzzle (because it was meant for the hosts, not for him). At the season's end, the Man in Black looks positively gleeful when the hosts begin attacking the board members. It'll be interesting to see whose side he's actually on in season two. 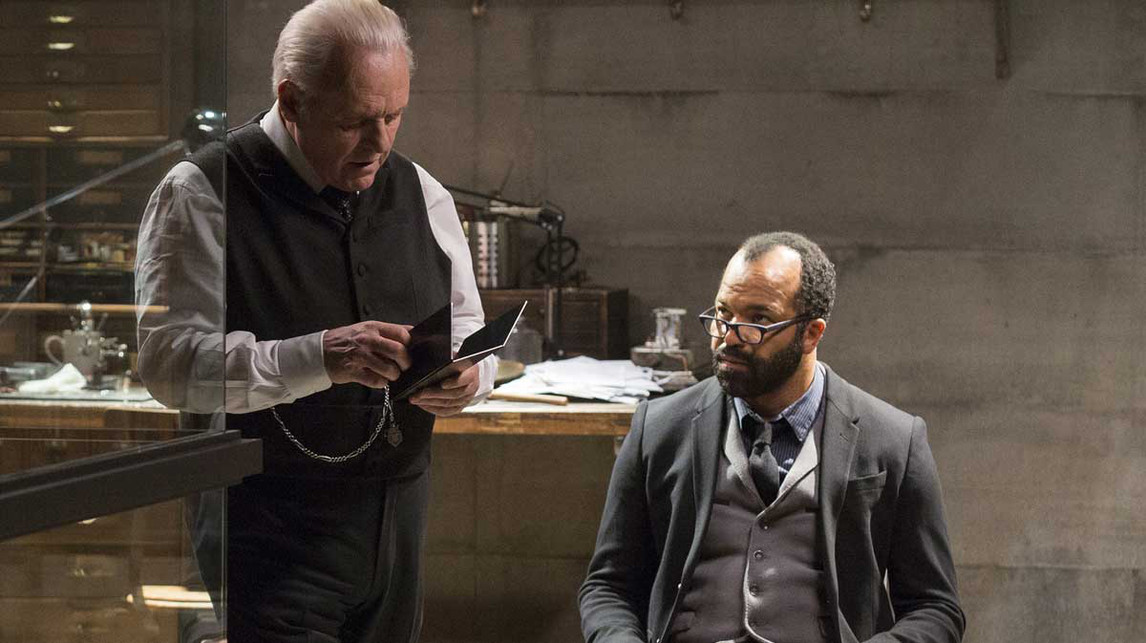 This seemingly lovely partnership turned out to be lie. Engineer Bernard is revealed to be a host designed by park creator Ford to mimic his one-time partner, Arnold (also played by Wright, if you're trying to keep track). With Arnold committing suicide-by-host in an attempt to sabotage the park, Ford makes Bernard to be his partner as they move forward with an investment from William. Bernard is Ford's right-hand man, who learns that he is actually a host when Ford orders him to attack Behavior tech Elsie Hughes (Shannon Woodward) and kill Theresa Cullen (Sidse Babette Knudsen), the head of Quality Assurance and Bernard's former lover. Ford initially wipes Bernard's memory of all of this, but after a late-season encounter with Maeve, Bernard begs Ford to restore all of his memories. After warning Bernard what it might do to him, Ford does restore Bernard's memories, only to force Bernard to kill himself moments later. Luckily for Bernard, Maeve and Felix patch him up and bring him back online. He still has all his memories and is on his way to complete freedom, starting with becoming sentient. This has actually been Ford's plan all along. Ford warns him that Bernard will have to suffer more before he can become completely free, and he bids his longtime companion farewell. Later, Bernard can only stand by and watch as Dolores shoots Ford in the head and the board members scatter, which sets up a season two that appears to be about the hosts versus the humans. Westworld returns Sunday, April 22 at 9 p.m. ET/PT on HBO. Catch up on the first season now on DIRECTV.