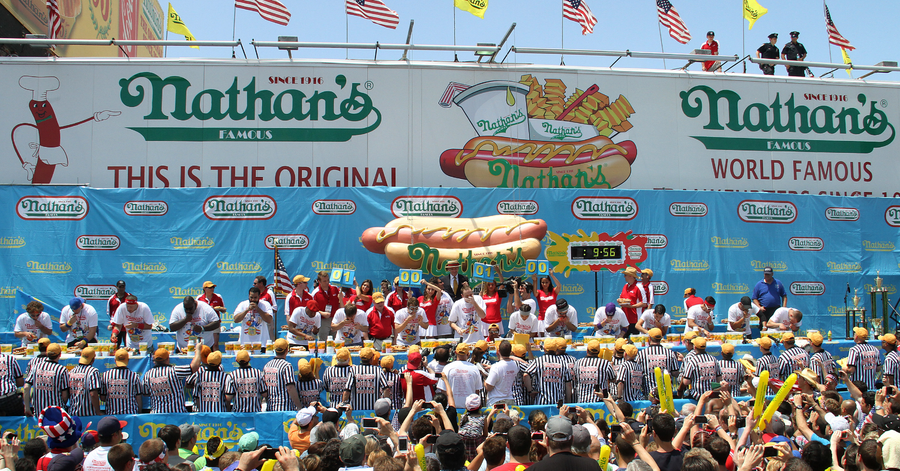 Still ticked off that you've had to bottle up your patriotism because the United States isn't in this year's World Cup? Worry no more. The Fourth of July has arrived just in time to release all that pent up red, white and blue energy, and we all know the best way to spread Independence Day cheer is watching sports with your loved ones near. Below is what's going on in the sports world on our nation's 242nd birthday.

The battle to become top dog is intense. Don’t take our word for it, take theirs.

Nothing reminds us of Summer more than thousands of onlookers gathering in New York's famed Coney Island to watch dozens of professional competitive eaters inhale a shocking amount of all-beef franks. The Nathan's Famous International Hot Dog Eating Contest is a Fourth of July tradition that we can't bare to watch but somehow can't turn away from the television when it's on. Defending champion and winner of 10 of the last 11 contests, Joey Chestnut is the favorite, having eaten 72 hot dogs at 2017's competition. He still holds the world record of 73 hot dogs in 10 minutes, but challengers Matt Stonie and Carmen Cincotti will be sure to give "Joey Jaws" a run for his money. Even though July is National Hot Dog Month, don't expect any of the contestants to be using any ketchup, mustard, sauerkraut or relish. 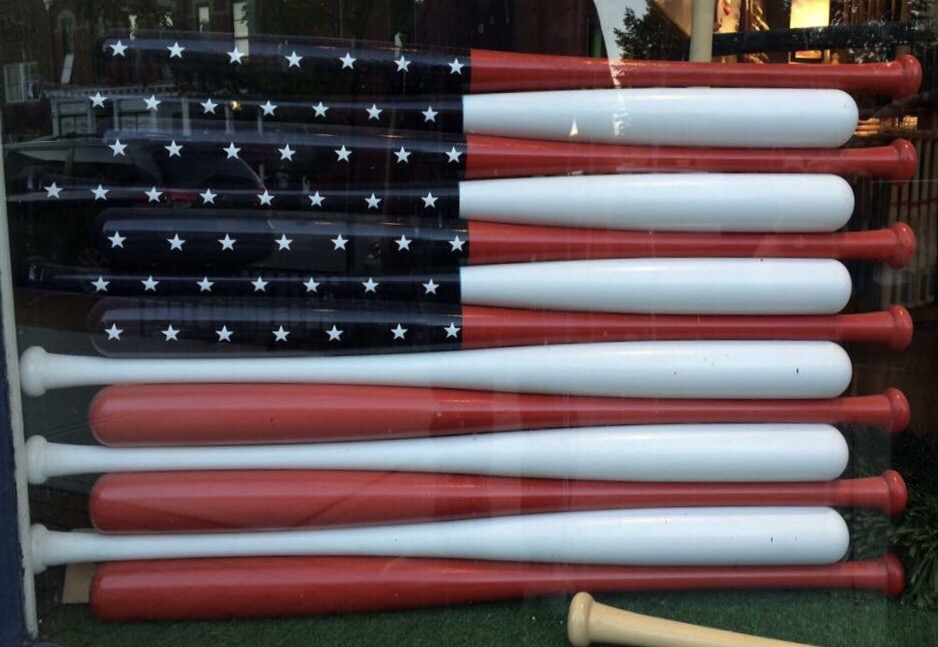 Nothing pairs better with Independence Day than America's pastime (Sandlot anyone?). Baseball is built into the fabric of the United States of America. A baseball is even red and white, while the behind-the-plate umpire is called "blue." What's more American than that?! If you like home runs, then the match-ups on July 4th will be sure to satisfy your love of the long ball. Kick back with these best MLB games of the day before the fireworks begin.

Second Round on ESPN 7am-4pm ET

You may be questioning why you should turn on a British sporting event on July 4th, but there's nothing more patriotic than watching U.S. tennis players compete to win the biggest tennis event of the year on British soil (or grass). In the Wimbledon women's draw, Americans Serena Williams, Venus Williams, Madison Keys and Coco Vandeweghe give us the best hope of etching an American name on the Rosewater Dish. In the men's draw, it will be tough for anyone to beat a healthy Roger Federer or Rafael Nadal, but Americans John Isner, Sam Querrey and Jack Sock all have the talent to do so at the All England Club.