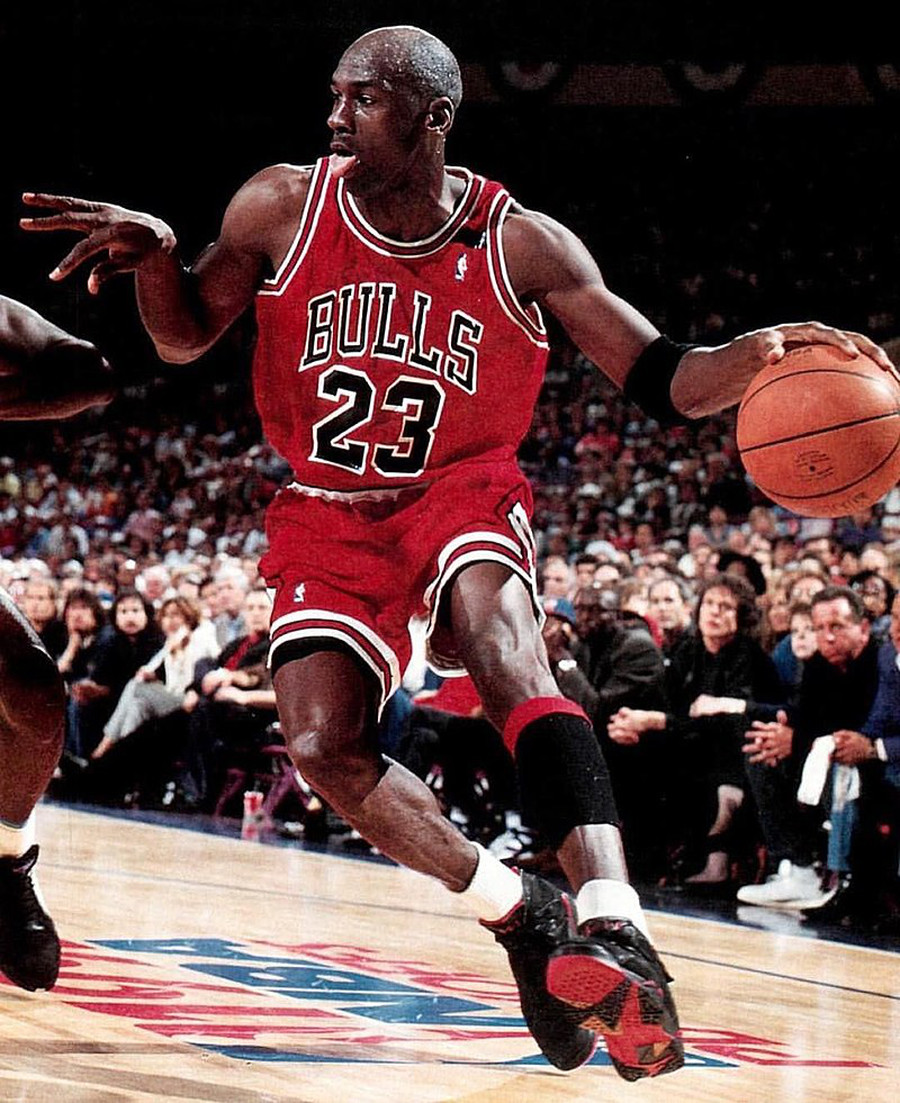 “The Last Dance” offered relief for sports-starved fans, but now that it’s over, there hasn’t been much to watch. Luckily, there are plenty of sports documentaries worth your attention. WIKIMEDIA COMMONS/EL GRÁFICO

In all of its glory, “The Last Dance” is now a piece of sports history. The ESPN TV documentary series featuring the story of Michael Jordan’s final season with the Chicago Bulls finished two weeks ago.

Sure, some leagues are returning to play — Bundesliga soccer on weekend mornings offers some reprieve from a lack of live sports — but there’s a void left behind now that “The Last Dance” is over.

While you can catch what you missed when “The Last Dance” comes to Netflix on July 19, Sunday nights won’t be the same, at least for a while.

Good thing there are plenty of sports documentaries and series to keep you busy during the coronavirus pandemic.

The latest in the ESPN 30 for 30 series revisits the story of Lance Armstrong, the once-celebrated seven-time Tour de France winner.

When evidence of Armstrong’s use of performance-enhancing drug use was discovered in 2012, his records were stripped and his reputation was tarnished.

Now eight years later, Armstrong is sharing his story again in an attempt to resurrect his reputation.

Part one of “Lance” premiered on ESPN this past Sunday. The second and final part will premiere next Sunday at 9:00 p.m.

“Sunderland ‘Til I Die”

Sunderland used to be England’s shipbuilding and mining hub. As industries stalled and unemployment rose in the 1980s, Sunderland A.F.C. became the lifeblood of the city and a beacon of hope for the working man. The Black Cats, once a top-flight stalwart, have fallen from grace in the past few years.

“Sunderland ‘Til I Die” explores what went on behind the scenes of Sunderland A.F.C.’s historic back-to-back relegation, first from the Premier League in 2017 and then from the English Football Championship the next year.

This story of failure and glimmers of hope is in its second season on Netflix.

This documentary film was released almost a decade ago, but its story of Formula One‘s greatest still holds up.

“Senna” tells the story of Ayrton Senna‘s journey to becoming a three-time world champion and explores his rise to fame, the tumult that came with it and his bitter rivalry with his teammate Alain Prost.

Often considered one of the best Formula One drivers of all time, Senna was a world superstar and a Brazilian national hero. He prided himself in pushing beyond his limits, but his luck ran out when he was killed in a collision at the 1994 San Marino Grand Prix.

“Senna” is available on Netflix and available to buy or rent on YouTube.

When a football player is offered a Division I scholarship, that isn’t the extent of it. Student-athletes must keep their grades and conduct in check. That doesn’t always happen.

That’s where schools like East Mississippi Community College come into play. EMCC offers, well, a last chance for top student-athletes who’ve gotten themselves kicked out of Division I football for some reason or another. Whether it‘s a failed drug test, poor grades or a lack of drive, these athletes make the jump to the NJCAA and attempt to rebuild their careers.

EMCC isn’t just a stepping stone for athletes, however. The Lions had a vision and wanted to capture their fourth NJCAA national title in 2015. That didn’t go according to plan, however.

There are currently four seasons on Netflix. The first two follow EMCC and the last two follow Independence Community College and its struggles in the 2017 and 2018 seasons.

It’s 1970. Pittsburgh Pirates pitcher Dock Ellis just threw a no-hitter against the San Diego Padres. A feat on its own, sure. But Ellis did it while high on LSD. This is a story that one wishes they came up with.

“No No: A Dockumentary” tells the story of Ellis’s historic and unusual no-hitter and explores the flashy character of the self-proclaimed “Muhammad Ali of Baseball.”

Aside from drugs, baseball and showy egos, the documentary — or in this case, “Dockumentary” — displays the racial tensions at the time and how baseball gave players like Ellis a platform to speak their minds.

“No No: A Dockumentary” is available to rent or buy on YouTube, Amazon Prime, Google Play and iTunes.

The saying, “to the victor go the spoils” rings true in the world of sports. Winners get titles, fame and glory. In this case, losers get their own documentary.

“Losers” delves into what isn’t often explored — what happens to the one who lost? Each of its eight episodes features an athlete who didn’t live up to expectations or fell short of the mark.

It’s common to see the winner go on to do great things. What isn’t often seen is the aftermath of a loss. All eight athletes share how they turned terrible and often career-defining losses into something to look back fondly on. “Losers” explores how failure is just a step on the road to success.

“Losers” is in its first season on Netflix.

This article was written by Nolan Brown and Sports Editor from University of South Florida / The Oracle and was legally licensed through the NewsCred publisher network. Please direct all licensing questions to legal@newscred.com.