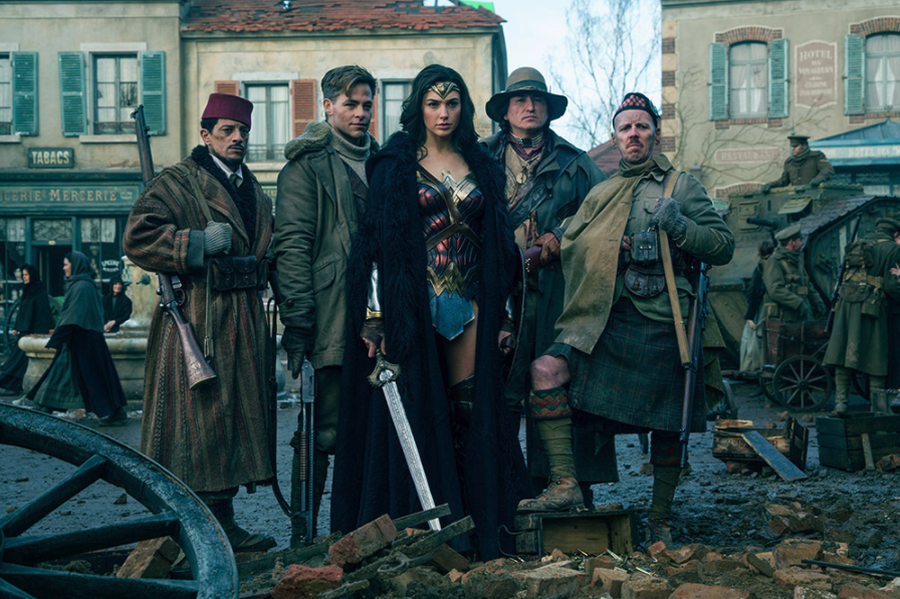 What We Can Learn from Wonder Woman’s Fight Scenes

Diana and the Amazons were gifted with superhuman strength, but constant training, determination, and special battle gear are really what turned Wonder Woman into a warrior. Let’s take a look at some of the most iconic battle strategies and weaponry from Wonder Woman and the upcoming Justice League.

Don't Get Wrapped Up in the Lasso of Truth

An Amazonian favorite and a Wonder Woman classic from the comics, the lasso of truth lives up to its name. The golden rope forces enemies to reveal truths to the Amazons. In the film, we see the Amazons successfully use it as a way to break down Steve Trevor, but it's also got more practical uses during a fight:

You can find pretty much every Amazon wearing the awesomely-named “bracelets of submission." Possibly created from Zeus's shattered armor, these bracelets provide the Amazons with near-indestructible protection. In addition to using them as a shield, in Wonder Woman, Diana uses them to create a force field that sends her attackers flying through the air.

The Morality of Face-to-Face Battle Methods

Although some reviewers cheekily point out that the Amazons would have been more successful in the initial battle on Themyscira in Wonder Woman had they scouted modern technology, Diana consistently rejects fighting methods that can dispassionately kill from far away. Bustle connects Diana's discomfort with what many felt about WWI's new methods of warfare: "In her culture, you face your enemy head-on, not from across a mass field, and you certainly don't level an entire village with poisonous gas."

And, Of Course, Teamwork Makes Us Stronger

We see the Amazons together at the beginning of the Wonder Woman film, training non-stop and displaying all sorts of cool group battle strategies. One of their most famous fight moves allows them to overpower their enemy by having one Amazon kneel with her shield ready to lift a sister into an airborne attack.

See more awesome battle strategies and warrior gear from your favorite heroes in the upcoming Justice League movie, premiering only in theaters starting November 17th. And while you're waiting, watch other DC Universe shows and films here.