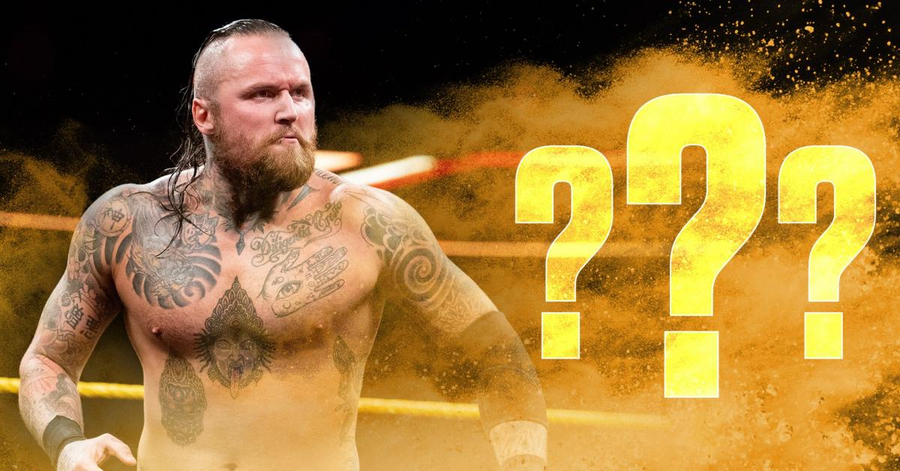 WHODUNIT, Renee Gets a Shot, Keith Lee Debuts – WWE This Week: 5 Things We Loved and 1 We Did Not

We’re only a week away from SummerSlam Weekend and things in the WWE are getting muy caliente! But not just on RAW and Smackdown Live!, as this week NXT provided perhaps the most intrigue with a good old fashioned mystery, a lot of women's wrestling, and one big glorious fella who isn't Bobby Roode.  And we only really disliked one thing this week, so you know things are getting good!

Find out how the WWE Superstars are faring this week on their road to the Barclays Center in Brooklyn on August 19th with five things we loved (and one we certainly did not) below!

LOVED: Well gang, It looks like we have another mystery on our hands!

While it was previously announced that current NXT Champion and living embodiment of evil, Tomasso Ciampa, would be defending his recently-acquired title at next weekend’s NXT TakeOver: Brooklyn 4 against both former BFF, Johnny Gargano, and former NXT champ, Aleister Black, it appears that will not be the case.

In the middle of giving his thoughts on the triple-threat match backstage, NXT General Manager William Regal , and noted real man's man, was notified that Black had just been MYSTERIOUSLY ATTACKED in the parking lot.

EXCLUSIVE: @RealKingRegal is alerted to an incident in the @FullSail parking lot, where he finds an unconscious @WWEAleister. #WWENXT pic.twitter.com/GvMNzevogB

Even more footage was released later that shows nearly every single member of the NXT roster loitering around the parking lot like a pack of wayward teens in various states of concern ranging from rubberneck selfie-taking with Black’s corpse (Heavy Machinery) to feigned apoplexy (Velveteen Dream) to the “Yeah, I definitely did it” middle-distance stare of Ciampa as he walks away from the scene.

It’s likely we’ll have to wait until the night before SummerSlam at TakeOver to find out whodunit, but in the meantime, the WWE have issued an investigative report featuring all the suspects below.

Either way, the game is afoot! But not THE Game. He is a whole person. And wasn't in the parking lot. Probably...

It was announced late this week that, for the first time ever, our hands-down favorite WWE talent, Renee Young (NeNe to her friends…or maybe just Big E…to us) will be the first woman ever to call an entire Monday Night RAW on next week’s episode.

Despite dating the absolutely terrible Dean Ambrose (who I’m quite certain stole my entire college gimmick), Renee has proven time and time again to be the most consistently enjoyable presence in all of WWE and we look forward to her outshining her male counterparts once more this Monday night.

Miz finally accepted Daniel Bryan’s SummerSlam challenge this week (via social media for some reason) and while It appears that Miz’ use of weaponized infants has subsided, his hatred of Bryan has not as this week he once again delivered (via satellite from the set of Miz & Mrs. of course) a scathing critique of not only Bryan, but also his vegetarian diet. You can hate on the man, Miz, but how dare you insult kale chips! Do you have any idea how freaking nutritious they are?!

Unfortunately for Miz, he isn’t that hard to find and without saying a word, Daniel Bryan flew into the frame unleashing a flurry of blows to the A-Lister, in his very own Miz & Mrs. dressing room no less!

The numbers game got to Bryan as Miz’ personal security detail distracted him long enough for Miz to shatter a vase over Daniel’s dome and make his escape.

We have one more show until SummerSlam and we expect these two to come face to face again next week to give us one last heated exchange before their battle in Brooklyn.

The second annual Mae Young Classic returned this week showcasing the talents of over 32 women from around the globe in a tournament to determine the best of the best, even those not in the full employ of WWE. Fan favorites from last year’s tourney like Io Shirai and Deanna Purazzo are returning alongside newcomers like Canada’s 6’2” Vanessa Kraven and India’s Kavita Devi.

Divas-era fans may be most interested to learn that former Diva’s champion, Kaitlyn, will also be returning this year after a 4-plus year hiatus from the ring. But you will definitely not be as interested as Big E is…

LOVED: Bask in His Glory

Indie darling and giant human man, Keith Lee, finally made his long-awaited NXT debut this week and while he did not disappoint in his bout with Marcel Barthel, it was merely a taste of what the Limitless One is capable of.

NOT SO MUCH: The Aiden English Apology Tour continues

It seems that no amount of Hamilton-esque drama club raps will ever be enough to mend the rift that Aiden English has caused with his reckless “assists” during his Rusev Day cohorts’ matches.

Will this lead to a Rusev v. English match at SummerSlam? While we hate to see Rusev Day crumble into a much worse holiday like Talk Like a Pirate Day or Easter, we hope this lingering saga comes to an end sooner than later.