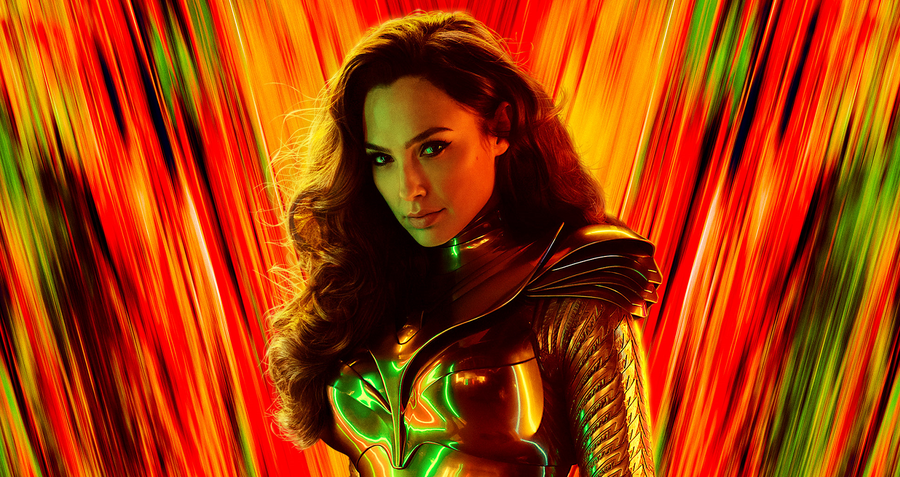 After "Wonder Woman" premiered as a critical and box office smash in 2017, DC Films was quick to greenlight a sequel. "Wonder Woman 1984" sees Gal Gadot reprising the titular superhero role, joined by other familiar faces from the first film: Chris Pine as Steve Trevor, Robin Wright as Antiope, and Connie Nielsen as Hippolyta.

But there will be a new woman joining the fray in "84": Comedian and actress Kristen Wiig is donning her own supervillain tights to take on the role of Barbara Ann Minerva, aka Cheetah, the villain of the follow-up film. Ahead of the film's theatrical and digital release, here's what you need to know about the character and why she is the perfect foil for Diana Prince.

In the first "Wonder Woman" film, the main antagonist for Diana Prince was Sir Patrick Morgan/Ares (David Thewlis). As one of Diana's most iconic foes—and half brother!—he and our heroine find themselves on opposite sides of war and violence, with Ares disguising himself as Sir Morgan to manipulate the Allied and Axis powers into starting World War I, and Diana doing everything in her power to stop him.

"Wonder Woman" has a strong anti-war message, as Diana realizes that love is the only way to stop conflict — violence only begets more violence. The film was an empowering story of female strength, demonstrating that women can be at once a strong fighter but also an empathetic, caring person.

But the sequel can't be a retread of that, so it only makes sense for Diana's new foe to be a woman and former ally, plus there's an added layer of emotional depth because of Wonder Woman and Minerva's shared history.

In the comics, Minerva and Diana were good friends but ultimately found themselves on opposite sides after Minerva ingested human blood and berries in an effort to heal herself after being left permanently disabled from a car accident. By swallowing the blood and berries, she becomes Cheetah, a host for an otherworldly animal entity, but her transformation is revealed to be a curse, causing her intense pain as a human and bloodthirsty, cannibalistic instincts as a cat.

In "Wonder Woman 1984," Minerva and Diana are almost two sides of the same coin. They are good friends, and Diana sees things she envies about Minerva, like "her humor, her light," as Gadot told journalists on the set of the movie in 2018 (via IGN). But Minerva envies Diana's strength and confidence, so when Maxwell Lord (Pedro Pascal) tempts Minerva with an offer to be more like Wonder Woman, she agrees and the Cheetah is born.

It looks like the film will examine the right and wrong ways to wield enormous power and also what it means to be a strong woman — was Minerva not a strong, funny woman before she was the Cheetah? Why did she go seeking more? Are Diana's super-abilities and traits the only way to be "strong" as a woman? It will be interesting to find out if Wonder Woman can save her friend and bring her back from the brink, or if Minerva is forever lost to the Cheetah persona.

Wiig Is the Perfect Actress to Play Cheetah

It might sound weird at first to tap a former "Saturday Night Live" regular to play an iconic supervillain, but Wiig has done several other projects that show how perfect she is for this role.

In addition to starring for nearly a decade on the iconic sketch show, Wiig made a name for herself in the 2011 film "Bridesmaids."  Wiig's Annie is a tragic character: She's funny, yes, but she's lonely and her life is a bit rudderless. Annie only starts to feel better about herself when she accepts herself and embraces her female friendships — a lesson that hints to Wiig's Cheetah storyline.

Wiig has also given incredible turns in "The Skeleton Twins" and "Welcome to Me," which garnered nominations from the Broadcast Film Critics Association and several other critics' organizations.

For director Patty Jenkins, Wiig was the perfect choice to play Cheetah because it's more interesting to make the jealous friend a "great, fun, charming" character than something more two-dimensional.

Jenkins later explained to Entertainment Weekly, "In the lore, Cheetah is often someone who’s friends with Diana but jealous of her, and I feel like Kristen’s playing a character who’s both ends of the spectrum — she’s your warm, funny friend who’s kind and interesting and then can transform into something completely different."

"Working with Kristen Wiig is such an amazing experience. She's funny and she's sensitive. ... It’s a villain that you love," Gadot told IGN. "You understand where she's coming from. She plays her in such an interesting, charming way."

In a teaser for the film showcasing Minerva's transformation, Wiig can be heard saying, "I don't want to be like anyone. I want to be an apex predator." Wiig told Entertainment Weekly that this is actually part of what drew her to the role.