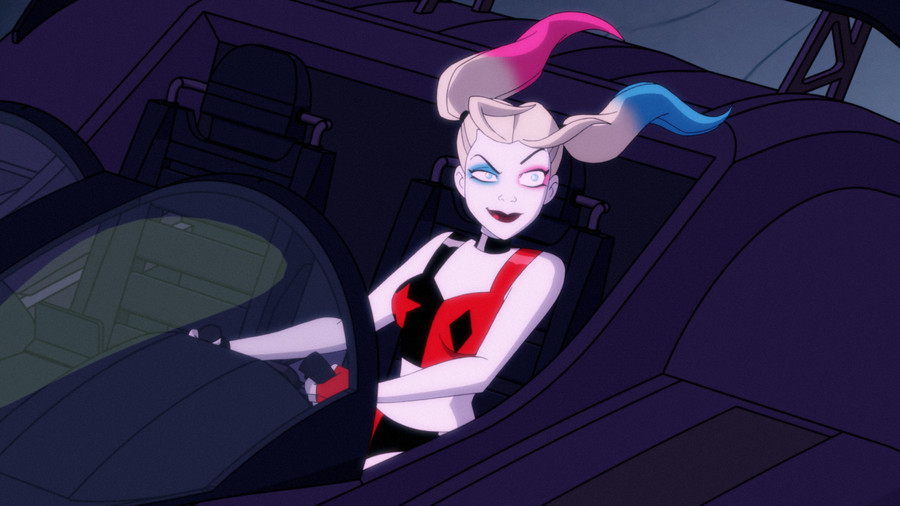 Ever since George Reeves became the first man to leap from building to building while sporting a long-sleeved leotard and a cape in 1952, the superhero genre has captivated millions of people across the world. And naturally, with "The Adventures of Superman" being TV's first superhero show, it should come as no surprise that DC has dominated the television market, with their competitors lagging far behind.

Now, DC has upped its game even further by bringing the world one of their best Harley Quinn adaptations to date in the breakout hit: "Harley Quinn," a show that leaves an impression as not only a self-aware tribute to the superhero media which came before it, but also something refreshingly new that offers viewers the kind of representation past media failed to offer.

"Harley Quinn" finds its protagonist (voiced by "The Big Bang Theory" actress Kaley Cuoco) smack dab in the center of her own story. The tough part comes as Quinn tries to find herself in a funk post-breakup with Joker (Alan Tudyk). With no where to go but up, she sets out to become Gotham's new top supervillain, accompanied by a gang of misfits.

And not only has "Harley Quinn" exceeded expectations as a TV show, but it may also represent some of the very best content that DC has ever released.

Look, we understand why calling "Harley Quinn" DC's best show may sound more than a little blasphemous. More likely than not, DC fandom wouldn't even call "Harley Quinn" the best Batman cartoon. That honor typically gets bestowed upon "Batman: The Animated Series." But let us make our case.

Despite borrowing from its predecessor, "Harley Quinn" is definitely a unique production. In fact, it feels like a mash-up of Bat media: movies, shows, comics, video games, you name it. "Harley Quinn" compiles everything we loved and hated from the ultimate encyclopedia.

But "Harley Quinn" does more than copy what came before it; the show goes out of its way to try to improve upon it. For instance, the character of Harley Quinn has not always been the empowered feminist we are familiar with today. Historically, her persona had always been cast with a hint of misogyny; she was meant to be Joker's sidekick, and appeal to the male gaze.

The show's self-awareness is refreshing in comparison to the typical superhero show. And it doesn't just appeal to Bat fandom. In fact, you could know next to nothing about its history, and still enjoy the show. Why? It's bold, action-packed, and hilarious. Neither a comedy nor a drama, "Harley Quinn" refuses genre categorization.

"Harley Quinn" manages to keep this same electric pacing throughout the entirety of its (so far) 26 episodes. This is mostly thanks to a star-studded cast, consisting most notably of the aforementioned Cuoco and Tudyk. The DC Comics fandom can also enjoy Lake Bell as Poison Ivy; the chemistry between her and Cuoco is at the heart of the show.

Speaking of that chemistry, one of the show's differentiators is its solid queer representation.

Like any other community, the LGBTQ+ community is filled with people who want to see themselves reflected in the media they watch. Queer viewers have been dying to see the queerness in superhero media that speaks to them on a personal level. And not just queerness, but relationships which are "explicitly queer," as L.D. Nolan puts it.

"Depictions of queer characters – specifically superheroes – in media have come a long way over the years... And yet, there is still work to be done not just in television but across all media to represent queer characters and relationships with the same depth and scope as their straight counterparts."

While we have seen a fair share of queer couples over the years, there have been issues and roadblocks in their portrayal. Arguably, we have yet to see a queer comic book relationship reach the screen perfectly until we get Poison Ivy and Harley Quinn dating.

It's a queer relationship that exists without being defined or fetishized for its queerness; the two are madly in love and the audience can't help but root for them. The Ivy/Harley pairing avoids clichés, and the result feels incredibly... beautiful.

If you want a show that's both daring and self-aware, "Harley Quinn" is the show for you. And now is the perfect time to binge it before it gets renewed for a third season. Just remember to tuck the kids in first! The gruesome violence and cursing might be a bit much.