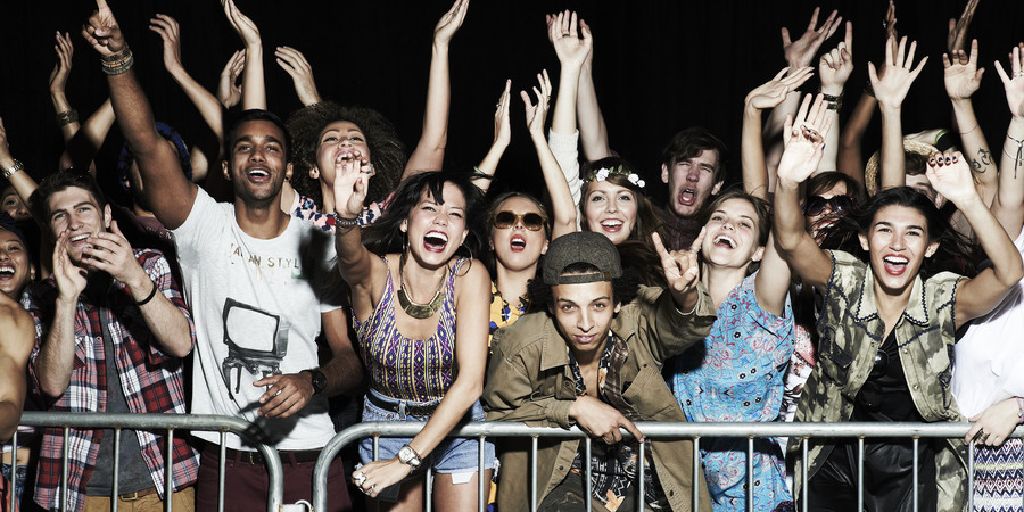 When Time magazine recently named Lizzo its entertainer of the year, it hailed the U.S. singer-rapper as the “defining star of 2019 — not just for the music she makes, but for what she represents.” It’s difficult to disagree with this verdict. Over the past 12 months, Lizzo has become the inspiring, high-energy figurehead of the growing self-care movement — with its philosophy of actively nurturing and protecting your own mental and physical well-being — and a performer synonymous with unbridled joy and unapologetic self-confidence.

Lizzo’s anti-commitment hit, "Truth Hurts" — home to the instantly iconic and inspiringly self-confident line: “I just took a DNA test, turns out I’m 100% that b***h” — spent seven non-consecutive weeks at the top of the Billboard Hot 100 in September and October. In doing so, it tied a record for the longest spell at No. 1 by a female-performed rap song. Its popularity helped Lizzo’s acclaimed album, "Cuz I Love You," to be certified gold in the U.S., a not-inconsiderable achievement for an album in the streaming era.

The autumn success of "Truth Hurts" cemented Lizzo’s incredible mainstream breakthrough. The Detroit-born artist, whose real name is Melissa Viviane Jefferson, studied classical flute performance at the University of Houston, where her family moved when she was 10. Now, Lizzo has become a byword for body positivity and female empowerment. Google her name, and you’ll find articles with titles like "Lizzo’s best quotes on body positivity and self-empowerment" and "30 self-love Lizzo lyrics to feel Good as Hell." "Good as Hell," Lizzo’s other big hit, which cracked the U.S. and U.K. top 10 in November, after being remixed to feature Ariana Grande, contains the same stirring message of self-worth that Lizzo regularly espouses on social media and in her interviews. “If he don’t love you anymore,” she sings in a sisterly kind of way, “just walk your fine a** out the door.”

In November, Lizzo also underlined her growing reputation as a norm-shattering, plus-size style icon by appearing on the cover of British Vogue. “Lizzo hasn’t captured the zeitgeist this past year so much as set it,” says Giles Hattersley, the fashion magazine’s features director, pointing to “her honesty, kindness [and] the sheer force of her relatability.” Hattersley calls her “the perfect star for now” because “in these fraught times, she just makes people feel good — as anyone who's seen her preaching the art of self-care at her live shows will know.”

In the flesh, Lizzo’s star quality is intense and infectious. When I interviewed her for music magazine NME in August 2018, I was seriously impressed by her charisma, candor and somewhat salty sense of humor. I wrote at the time that she had a “firecracker personality which inflames the room.”

But despite her obvious musical talent and megawatt personality, Lizzo’s current fame is the result of a slow, committed crawl rather than a lightning-bolt breakthrough. She released her debut album, "Lizzobangers," on a Minneapolis indie label in October 2013, earning critical acclaim but only cult success. It would be another three years before she charted for the first time with "Coconut Oil," a six-track EP that was her first release on a major label.

In fact, both "Good as Hell" and "Truth Hurts" were unexpected sleeper hits. She first dropped the latter in September 2017, but it didn’t chart at the time; it would take a full two years for the song to climb to the top of the Billboard Hot 100. In July, she told People magazine: “The day I released 'Truth Hurts' was probably one of the darkest days I’ve had ever in my career. I remember thinking, ‘If I quit music now, nobody would notice. This is my best song ever, and nobody cares.’”

So why was 2019 the year when Lizzo finally made it into the mainstream? "Truth Hurts" started scaling the charts after being featured in the Netflix rom-com "Someone Great," which came out in April. It also gained momentum after the DNA-test line became a viral meme on video-sharing app TikTok; users would pretend to give themselves a mouth swab, then declare themselves "100% that b**h," "100% that ogre" — a reference to Shrek — or 100% anything else they fancied. This might sound like a couple of lucky breaks, but they probably wouldn’t have happened if Lizzo’s personal brand hadn’t captured a prevailing socio-cultural mood.

Jazmin Kopotsha, entertainment editor of Refinery29 UK, says “the music she puts out is celebratory in a way that we’re only just starting to catch up with in society.” Kopotsha says society is now ready to embrace the idea of “women being powerful and feeling strength in themselves,” something Lizzo has been promoting for some time.

Kopotsha also suggests, depressingly, that Lizzo has had to wait for the mainstream to make space for her. “I think there’s kind of this ‘one in, one out’ entry system in the way that society and the media and advertising like to celebrate women, particularly black women,” she says. “If you think about it, Beyoncé was kind of the go-to [figure] in terms of empowerment for a while, but she hasn’t been spoken about in that way this year. So it feels like that’s where Lizzo has been able to come in.”

Lizzo’s success has also been founded on an increasingly diverse fan base of what she playfully calls “Lizzbians,” which includes a loyal LGBTQ contingent and a broad spectrum of women. When she appeared on the cover of African-American women’s magazine Essence in May, Lizzo wrote on Instagram: “This is a big one for me because for so long I felt like my music wasn’t reaching black people and it was breakin’ my heart.” It’s difficult to pinpoint why Lizzo might have initially felt disconnected from black fans, but it could stem partly from her formative years in the Twin Cities music scene in Minneapolis and Saint Paul, which was dominated by white male artists. Aaron "Lazerbeak" Made, who co-produced her 2013 debut LP, has said that shortly after the album came out, he and Lizzo's then-manager “constantly” discussed how to roll it out to a broader audience. "At that point, [Lizzo] was into the Twin Cities indie-rock scene,” he recalled in October. “So, a bunch of white guys [loved] her, and there [was] no connection whatsoever to the black community or anything outside of our white-guy bubble.”

Looking beyond the music itself, it’s arguable that the growing profile Lizzo has built this year has been founded on her already-formidable social media presence. A hilarious clip of Lizzo waving from the back of a moving golf cart as she says “bye, b***h” went viral in 2018, several months before the funk-pop tune "Juice" became her first Top 40 hit. Today, she has 7 million Instagram followers, and 300,000 fans follow a tongue-in-cheek fan account dedicated to her flute, @sashabefluting. Giles Hatterley says Lizzo connects with people because “she has a very rare and very authentic star power.” At a time when we’re becoming increasingly suspicious of social media influencers and so-called "sponcon," this authenticity is a very precious commodity.

It’s also at the heart of her live shows, which NME music journalist Hannah Mylrea hail as “magnetic” and “a word-of-mouth success.” Mylrea praises Lizzo’s “powerhouse” vocals and accomplished flute playing, adding: “The stand-out thing about Lizzo as a performer is you leave her gigs feeling really good about yourself.” During her performance at Glastonbury Festival in June, Lizzo got the crowd to chant her personal mantra of “I love you, you are beautiful and you can do anything.” Mylrea says, “It might sound corny, but it was a genuinely moving and uniting, and I think people want to experience this.”

After her stunning 2019, it’s fascinating to speculate about what Lizzo might do next. The music industry is known for trying to capitalize on unique success stories like Lizzo’s by replicating them — following Amy Winehouse’s enormously popular "Back to Black" album, a glut of similar retro-soul-pop records were steered towards the charts. In addition to potential imitators, Jazmin Kopotsha says Lizzo might have to contend with “brands possibly co-opting her message of self-empowerment” in a way that may not feel entirely authentic.

But so far, Lizzo seems to be making smart decisions. She made a cameo appearance in "Hustlers," the acclaimed Jennifer Lopez film whose themes of female solidarity and self-sufficiency complement Lizzo’s personal brand. She’s also resisted the urge to dilute her musical brand with gratuitous features on other artists’ songs. Her only collaborations this year have been with Grande, British pop star Charli XCX — whose own idiosyncrasy is a sound match for Lizzo’s —  and Missy Elliott, the rap pioneer whom Lizzo hails as a personal hero.

And crucially, Lizzo has weathered her first wave of controversy after "Truth Hurts" became the subject of plagiarism allegations. British singer-songwriter Mina Lioness said in October that she’s due to be credited as the song’s co-writer after Lizzo confirmed that the “100% that b***h" line was inspired by a tweet Lioness posted in 2017. Lizzo wrote on Twitter last month: “In 2017, while working on a demo, I saw a meme that resonated with me ... I later used the line in Truth Hurts ... I later learned that a tweet inspired the meme. The creator of the tweet is the person I am sharing my success with.”

In February, Lizzo’s place in music’s A-list could be rubber-stamped at the Grammy Awards, where she’s nominated in eight categories. However, her nod in the category for Best New Artist feels pretty ironic, given the revealing tweet that Lizzo posted in November: “8 years of touring, giving out free tix to my undersold shows, sleepless nights in my car, losing my dad & giving up on music, playing shows for free beer & food w/ -32$ in my bank account, constantly writing songs, hearing ‘no’ but always saying ‘yes.’ Glad I never gave up.”

This resilience is a key part of the Lizzo story, and another reason she’s been embraced as a kind of icon of self-care by millions of fans. Whatever happens next, Lizzo isn’t just 2019’s most exciting musical breakthrough; she’s also its most heartwarming.

This article was written by Nick Levine from BBC Worldwide-America: Culture and was legally licensed through the NewsCred publisher network. Please direct all licensing questions to legal@newscred.com.