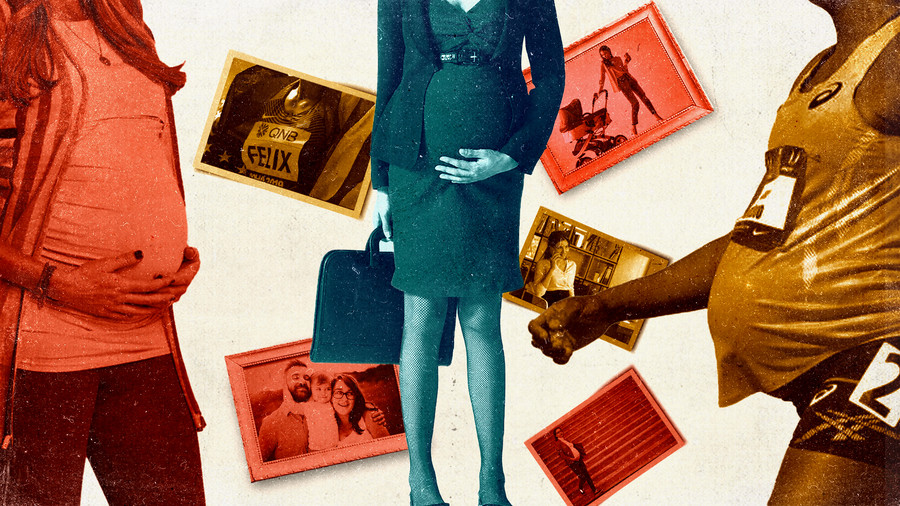 Why the Motherhood Penalty Threatens All Women — Even Celebrities

When it comes to motherhood, society can’t quite make up its mind. Women are increasingly encouraged—pressured, even—to do it all. Placed on a proverbial pedestal, they’re endlessly praised for giving birth and raising children while simultaneously juggling careers. But once they actually become pregnant, women often face an uphill battle in the workplace. They're expected to meet an impossible set of standards.

Yes, the motherhood penalty is real. Not that mothers start from even ground to begin with. All working women are at a disadvantage thanks to gender discrimination. Consider the pay gap. In 2018, women in the US earned 85% of what men did on average.

The effect of this underlying prejudice is magnified for mothers. According to an analysis of census data by the National Women’s Law Center, mothers in the US make 71 cents for every dollar that their male counterparts are paid, costing them $16,000 a year in lost wages. Breaking it down even further, women get a 4% pay cut for each child they have while men get a 6% raise. Yes, a raise.

But the consequences of the motherhood penalty aren’t strictly financial. The scarlet “M” of motherhood can limit a career’s trajectory due to the old-fashioned assignment of gender roles. In fact, some believe that raising children will inevitably affect the quality of a woman’s work. This flawed logic doesn’t seem to apply to fathers, who traditionally shoulder less of the child-rearing responsibilities.

“Social science research shows if a woman is a parent, employers are likely to see her as less capable and less committed to work,” says Emily Martin, general counsel and vice president for education and workplace justice at the National Women’s Law Center. It’s a pretty pervasive attitude: 41% of coworkers perceive working moms to be less committed to the job.

This bias isn't just an internal judgement—it often results in mothers being passed over for a promotion or raise. For example, 69% of working Americans say working moms are more likely to be passed up for a new job than other employees and 60% say career opportunities are given to less qualified employees instead of working moms who may be more skilled.

While low-income women who lack childcare and other resources are most likely to be affected, women from all walks of life and career paths are subject to the motherhood penalty. Just look at Allyson Felix—an athlete who holds more world records than Usain Bolt. She broke with her sponsor, Nike, when the company threatened to reduce her pay if she didn’t immediately return to form post-pregnancy.

This isn’t the first time the brand has placed impossible restrictions around new mothers. Alysia Montaño, an Olympic runner and three-time US national champion, made more than a dozen unpaid appearances on behalf of Nike during her high-risk pregnancy. Another pregnant Olympic track athlete, Kara Goucher, learned Nike would stop paying her until she started racing again. So, she scheduled a half-marathon three months after she had her son and began training soon after giving birth. Thanks to their revelations (and a congressional inquiry) Nike recently announced a new maternity policy. Now, an athlete’s pay and bonuses are guaranteed for 18 months.

Such cases are shockingly common throughout the world of professional sports, where there’s pressure to perform on the field—and for lucrative sponsorships. Volleyball champion Kerry Walsh Jennings was essentially told by her Olympic sponsors not to get pregnant.

"Before we had our first child, I was told not to do it because they're like, 'You just won the Olympics, you're going to lose all these endorsements, people are going to forget about you when you hold your baby," she said

Being the most famous woman in sports is no protection, either. Despite winning the Australian Open in 2017 when she was eight weeks pregnant, Serena Williams still fell victim to the motherhood penalty and a controversial maternity policy. Williams lost her ranking when she went on maternity leave, falling from No. 1 to 451, sparking outrage.

Hollywood and fashion are other industries that are notoriously hard on mothers. Gal Gadot hid her pregnancy on set while shooting Justice League. Robin Wright found her career suffered after having children.

“Because I wasn’t working full time, I wasn’t building my salary bracket. If you don’t build that … with notoriety and presence, you’re not in the game anymore. You become a B-list actor. You’re not box office material,” said Wright. “You don’t hold the value you would have held if you had done four movies a year like Nicole Kidman and Cate Blanchett did during the time I was raising my kids. Now I’m kind of on a comeback at 50 years old.”

Such high-profile cases of women facing—and beating—the motherhood penalty to thrive in their careers demonstrate not only how pervasive this issue is, but the importance of sharing our fight for gender equality. As women like Felix, Montaño, and Wright speak out and use their platforms to tackle the motherhood penalty, they’re able to accomplish positive change and start a conversation about redefining what real working moms look like.