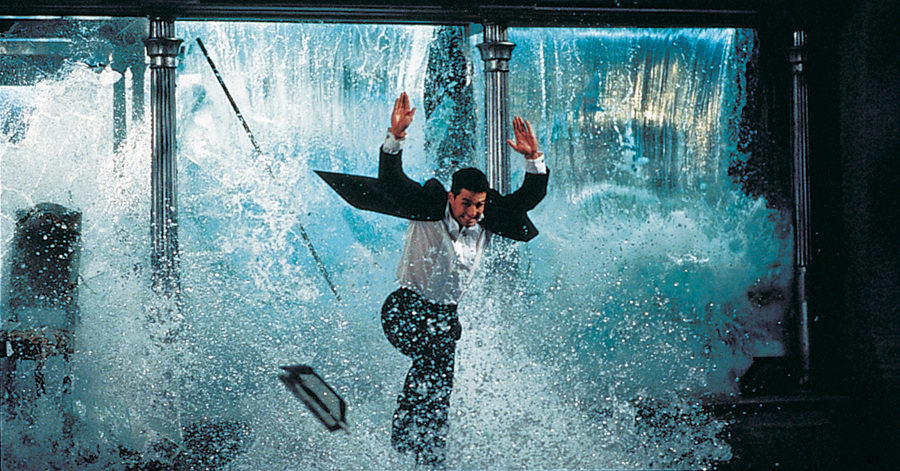 Why the Original Mission: Impossible is Still a Fan Favorite 22 Years Later

Mission: Impossible first came to the big screen in 1996, and fans are still just as captivated by the story all these years later. But why? Well, a lot of it has to do with star Tom Cruise, whose career took a major turn with the theatrical debut of the Mission: Impossible franchise.

Before Mission: Impossible, Cruise starred in movies like Risky Business and Top Gun, which were definite crowd-pleasers but didn't quite solidify Cruise as a serious actor. Mission: Impossible showed everyone that Cruise could not only take on more serious action roles, but that he could also produce great content.

Not only that, the first movie in the now six-part franchise stands out for bringing an art-house vision to a major motion picture. Unlike other spy movies at the time, Mission: Impossible uses creative filmmaking aspects to shock its audience, rather than relying on over-the-top fight sequences or special effects. In fact, the original Mission: Impossible is the most understated and subtle of the franchise, action wise, with only five gunshots throughout the entire piece – none of which were shot by main character Ethan Hunt (Cruise).

Instead, director Brian de Palma furthers the story through his artistry. In place of distracting cuts and post-edits, de Palma focuses in on the unique framing of each scene. The aquarium scene is a great example of this. Throughout the scene, Hunt is engaged in an intense conversation with Agent Kittridge. As their exchange continues and Kittridge’s bad intentions come to light, the camera’s angle becomes increasingly skewed and the background music grows more and more intense, all leading up to the tank’s epic explosion.

De Palma shows his skillful use of sound and perspective again during the iconic Langley vault break-in. The scene lasts for nearly ten minutes and is left virtually untouched by cuts and flashy editing. This allows the audience to see the full development of each of Cruise’s stunts and get a feel for the gravity of the scene. And, because there is so little sound, the audience’s own environment mirrors that of the Langley vault – with its extremely sensitive sound sensors – creating this incredible relationship between the film’s audience and its characters. As an audience member, it almost feels as if you’ve become a part of the IMF team and that any sudden movements or noises on your end will blow the whole mission. De Palma's approach makes the audience so much more engaged and invested in the success of the operation. I don’t think another director has been able to nail something like this again until John Krasinski’s new movie, A Quiet Place.

On top of de Palma’s skillful directing, the movie was also fairly revolutionary for its time. Mission: Impossible was one of the first movies to shoot in Prague after its freedom from Communism in 1989. To have the film open there was a pretty bold move on their part.

They also paid careful attention in their casting department to add shock value to the film. Since most of the IMF team dies within the first 20 minutes of the movie, the casting department needed to make sure people would be emotionally invested enough to care. To do this, they cast the – at the time – extremely popular Emilio Estevez to play the first agent to be killed, Jack Harmon. They figured that since he was so well known, audiences would be startled by his early death and be that much more engaged for the rest of the movie. They used a similar process when casting the role of Jim Phelps, the team leader who turns out to be a supervillain. In the end, they decided on Jon Voight because they felt he seemed “too trustworthy” for audiences to suspect him of sabotaging his team.

The attention to detail from the production side of the movie definitely plays a big role in Mission: Impossible’s timeless charm. Sure, there are a few plot points in the movie that seem, for lack of a better word, impossible — like Hunt catching that bead of sweat at the Langley or the helicopter not crashing inside that tiny tunnel — but, despite all of that, Mission: Impossible still resonates with fans around the world.