Following the critical success of “Wonder Woman,” its long-awaited sequel arrives on HBO Max this Christmas. In "Wonder Woman 1984", Diana Prince is propelled from the dreary battlefields of World War I to the vibrant mid-1980s. While the DCEU has a robust stable of super villains to choose from, Wonder Woman’s (Gal Gadot) archenemies are relatively unheralded for such an iconic hero.

For “Wonder Woman 1984” director Patty Jenkins dipped into recent Wonder Woman mythology to cast Pedro Pascal as DC Comics’ ultimate 80s business mogul, Maxwell Lord. Since his character first appeared in Justice League #1's pages in May of 1987, Lord has been voiced or played by various actors on the CW’s “Supergirl,” “Smallville” and various animated series, but “WW84” is his breakthrough into the mainstream zeitgeist. Initially, the character began as a bizarro Lex Luthor-type figure, serving as a wealthy patron for the Justice League before being retconned as a telepathic mastermind with plans to destroy Earth’s greatest superheroes from the inside.

However, Lord’s presence in “WW84” extends beyond his origins as a creation of the 80s. As the foil to an anachronistic protagonist like Wonder Woman, Lord is very much rooted in the Decade of Greed. His character is the manifestation of the good, bad, and ugly characteristics that the era’s culture wrought.

After two world wars, civil rights battles, countercultural movements, Vietnam War protests, economic crises, and the decline of the Soviet Union, the U.S. was the world's preeminent global superpower. The booming economy, an exploding population, and an entire generation of Boomers who’d grown up in a mass-consumption society were reaching adulthood. Young urban professionals, known pejoratively as yuppies, and the wealthy (who paid fewer taxes), embraced Gordon Gekko’s “Greed is good” maxim.

Consequently, these circumstances spawned a rise of materialism throughout the expanding middle class and culminated in an obsession with excess and luxury. As Jenkins told Entertainment Weekly early this year, Lord is essentially a critique of the 80s: "It was a time where no cost had shown up yet. There was the fear of the Cold War," she added. “But it really was like, ‘This is gonna go on forever!’ The feeling that the world was this cornucopia that would never stop giving was so enormous.”

Associate producer Anna Obropta also told EW, “Apple computers and parachute pants, wealth, commercialism, glamour, even violence — everything was larger than life. It was a decade of greed and desire, a time of ‘Me, me, more more more.’”

The impact on the character of Lord is clear and in the second “WW84” theatrical trailer, he details a personal philosophy that served as an ethos of the Greed Decade by outlining his indifference for rules and expressing that, for him, “The answer has always been more.”

In Wonder Woman’s DCEU origin story, Jenkins presented Ares, the god of war, as Wonder Woman’s main adversary, preying on the violent instincts of mankind to sew discontent and war. In “WW84,” Lord and the resources he has at his disposal will weaponize greed. Lord is a bespoke fit for a film illuminating various aspects of 1980s American society. How he’s adapted for the big screen is dependent on which source materials were used as inspiration, but there are clues about what to expect.

Two years ago, Jenkins teased the character and gave hints of how Lord will disseminate his toxic message throughout mid-80s America. Along with his appearances in the comics, depictions of Lord's telepathic ability or his status as a business magnate have been the sticking points in his other DC properties. Lord appears in only a single season 9 episode of “Smallville,” as a metahuman with the ability to access the memories of others, and the leader of the criminal organization Checkmate. Conversely, in season one of “Supergirl,” his recurring character was the villainous billionaire founder of Lord Technologies.

In that same vein, snippets from the first "WW84" theatrical trailers show Lord working his salesman schtick in tawdry infomercials as president of the Black Gold Cooperative, which hint at his mysterious rise. The trailers also feature a brief shot of a satellite dish, which is fitting as the 1980s saw a quantum leap in television broadcast technology through the advent of communication satellites. In DC’s "The New 52" continuity reboot, Lord takes command of Brother Eye, a semi-autonomous artificial intelligence surveillance system that was inspired by Big Brother from George Orwell’s literary magnum opus, "1984". If Lord is able to manipulate the psychology of millions through psychic means and 80s technological innovation, it would make him a supervillain on par with Ares. 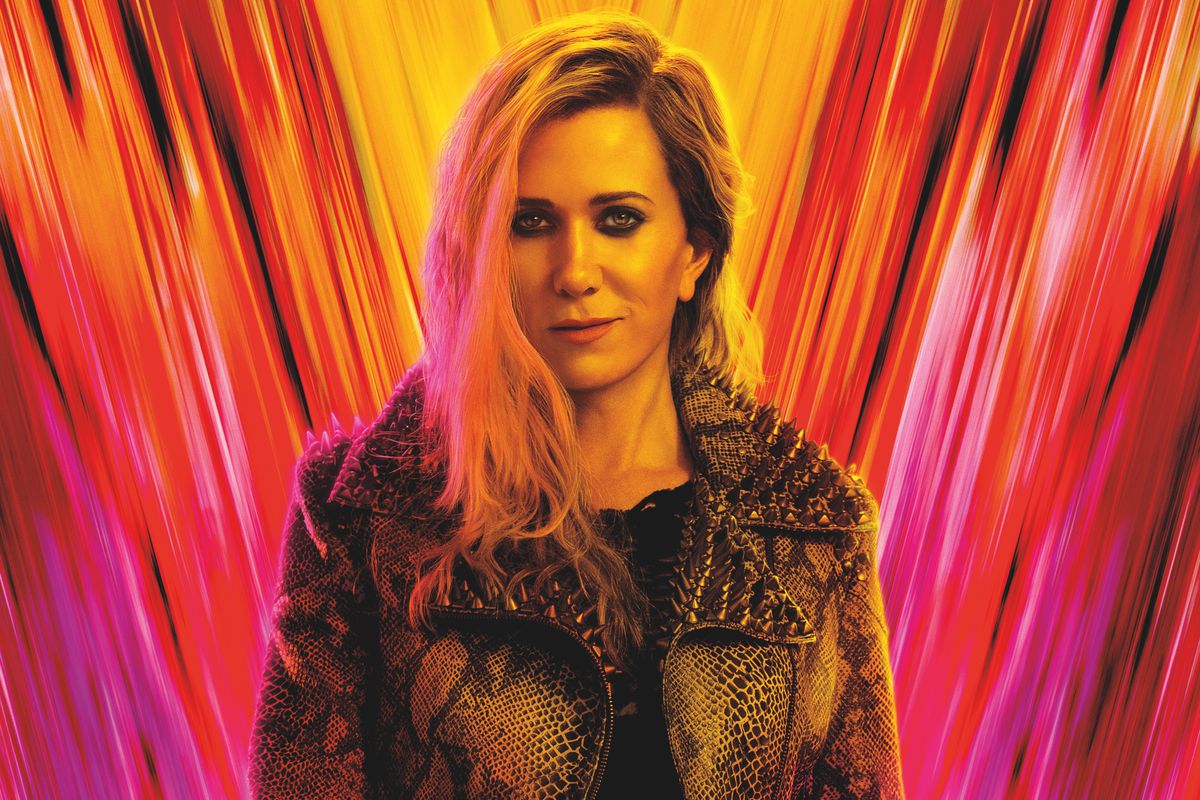 Cheetah is the combative match for Wonder Woman, but Lord appears to be the mastermind and the focal point that the sequel’s plot pivots on. Given Lord's background, he’s most likely the catalyst for the transformation of Barbara Minerva (Kristin Wiig) into Cheetah, and for the improbable return of the long-deceased Steve Trevor (Chris Pine).

The popularity of Lord’s character has ticked upwards since the climax of 2005's "Countdown to Infinite Crisis" arc resulted in one of the most controversial moments in DC Comics history between himself and Wonder Woman.

Perhaps this version of Maxwell Lord will have nefarious intentions — or like Cheetah, he'll start out with benign intentions and serve as an example of the moral decay caused by greed. Ultimately, “WW84” is not just a film featuring the typical existential threat, but an indirect battle between an idealistic Wonder Woman and a supervillain who epitomizes the corrupting ideals of the 1980s.

"Wonder Woman 1984" will be available in theaters and streaming on HBO Max on December 25th.