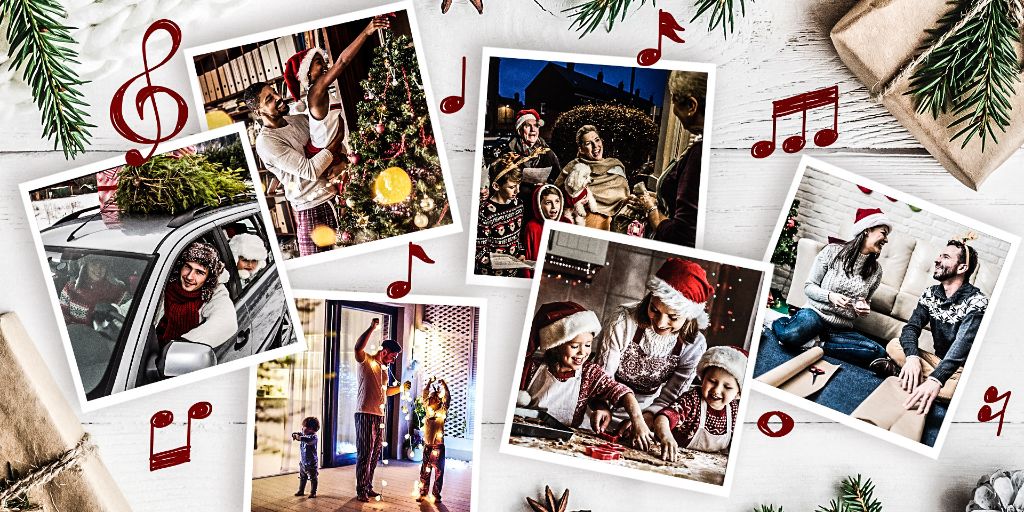 Why your favorite Christmas songs are so nostalgic

Chestnuts roasting on an open fire. Jack Frost nipping at your nose. You know all the Christmas songs you can't get out of your head? This piece will explore some of those. Everybody knows that there's a reason that your favorite holiday tunes always make you feel good and warm inside.

There's a special rush that comes along with hearing songs like "Silver Bells" or "Blue Christmas," and it's not just because you remember them and enjoy them. Here's a brief look at why some of your favorite Christmas songs are so ridiculously nostalgic.

There's the scientific reason, of course. According to Vice, neuroimaging demonstrates that certain songs can hit listeners with dopamine, the chemical messenger in our brain that helps us feel pleasure. Humans also connect memories and other images with music, as it tends to stimulate the brain's visual cortex. It makes sense that you connect your favorite holiday tunes with happier, warmer moments in your life.

Perhaps you always heard "Rudolph the Red-Nosed Reindeer" while you sat down to eat Christmas dinner with your family. Or maybe your parents always had "Silver Bells" on when you opened presents. Now, every time you hear those songs, you flashback to a moment in time you remember vividly, a time that was precious to you in some shape or form.

Christmas music itself is basically engineered to be pleasing and uplifting at its core. It's also the perfect way to evoke feelings of nostalgia, which can make you feel elated and a sense of longing (like for the warmth of Christmas Eve during childhood) simultaneously.

Dr. Brian Rabinovitz, a neuroscientist at William & Mary's Department of Psychological Sciences, explains this phenomenon very simply. When we hear a song for the first time, our brain categorizes and catalogs it accordingly. The way Christmas songs are structured interacts pleasingly with the countless tracks we've internalized over the years, and resound in a positive way with our brains. The songs "resolve" in ways that seem familiar to us, and they give us uplifting, satisfying feelings.

"That pleasurable reaction only increases as you hear further repetitions,” Rabinovitz explained. "Hearing something you know very well, you already have strong expectations. You’re making these predictions, having this moment of tension and then realizing the prediction was correct."

So there are certainly songs that stay with us for a lifetime, regardless of our emotional attachment to them, and that's because they were engineered to be catchy from the very beginning.

Mariah Carey's "All I Want for Christmas is You" is one such holiday standard. According to a People interview with co-writer Walter Afanasieff, it was originally born of Carey's desire to make a "Phil Spector, old rock 'n' roll, sixties-sounding Christmas song."

Phil Spector was responsible for an entire album of massively popular, iconic Christmas cuts. "A Christmas Gift for You from Phil Spector" was released in 1963 and featured hits like "I Saw Mommy Kissing Santa Claus" and "Santa Claus Is Coming to Town." Mariah wanted some of the same, jaunty '60s throwback sound in her holiday tune, as she worked alongside Afanasieff to tune the music and lyrics until they were just right.

Part of the reason it's so memorable is because of its varying chord changes. It utilizes a few that aren't heard in music very often that "made it unique and special," according to Afanasieff, and a "very retro" feel, as Carey has described it. Interestingly enough, the song's existence helped Mariah earn her now famous "Queen of Christmas" moniker.

"Jingle Bells" is another iconic Christmas tune that's synonymous with the holiday, but it didn't even start out that way. It was originally called "One Horse Open Sleigh," and it wasn't even meant to be a Christmas song. It was reported that the song was written by James Lord Pierpont as a winter song for his father's Thanksgiving Sunday school class. It proved so popular, it was sung at Christmas in addition to Thanksgiving.

But its influence over the years as one of the most popular carols of the seasons has been massive, as it's both easy to sing and reminiscent of a fun, winter scene that feels just right for the holidays. It's been re-recorded several times over the years, but the most popular and successful of all time has to be Bing Crosby and the Andrews Sisters' 1943 cover, which sold over a million copies.

Brenda Lee's upbeat recording of Johnny Marks's "Rockin' Around the Christmas Tree" debuted in 1958, when Lee was just 13 years old. Marks also wrote several other holiday classics, such as "Holly Jolly Christmas" and "Rudolph the Red-Nosed Reindeer." He already had quite a few hits under his belt, but Lee's recording made the song go down in history (like Rudolph himself), thanks to its slick production and Lee's vocals.

It was imbued with the earworm-y, uplifting beat and baked with special holiday charm from the moment it was recorded, despite being tracked in the studio as early as June.

"Owen had the studio all freezing cold with the air conditioning, and he had a Christmas tree all set up to kind of get in the mood just a little bit," Brenda later said of working with producer Owen Bradley to get the song recorded. "We had a lot of fun."

The next time you hum along to your favorite Christmas song, you might want to stop and think about the process that went into bringing each track to life, especially the scientific explanations behind why the tunes end up meaning so much to you to begin with. It might very well change the way you listen to holiday music—and music in general.

But for now, we recommend making yourself a heaping cup of hot cocoa, getting together with your loved ones, and rockin' around your own Christmas tree to get in the mood for the impending holiday season. You can play all your favorite music while decorating. That's part of the fun of it all.