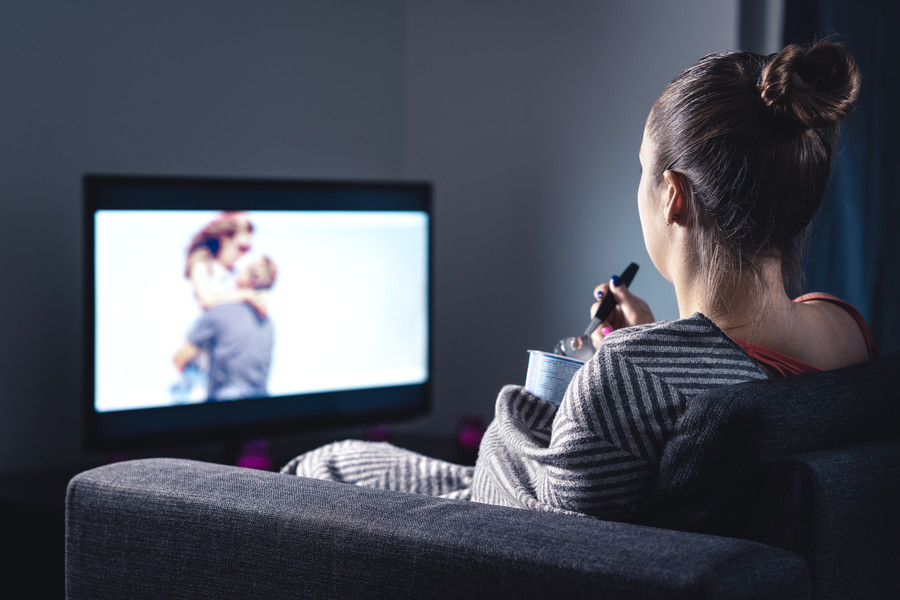 Looking for a way to disconnect? Might I suggest taking a trip down memory lane to a simpler time when the Internet was still dial-up and e-mails went unanswered until the end of the day. "You’ve Got Mail" is one of several 90s/early 2000s rom-com classics in the HBO Max lineup and the first in my Friday night queue.

The film features Meg Ryan as Kathleen Kelly, the second-generation owner of a quaint children’s bookstore on the Upper West Side, and Tom Hanks as Joe Fox, the third-generation of “suits” operating a large chain discount bookstore that eventually puts Kelly’s store out of business. This love story has all the elements of a classic romantic comedy, from the picturesque setting (Don’t you love New York in the Fall?) to the enigmatic protagonist and the enduring storyline. It is just as delightful to watch today as it was when it premiered in 1998.

The film is set in the charming Upper West Side of New York City.

Kathleen spends her days holding storytime for the locals at her bookstore, reading Jane Austen at a string of neighborhood cafes, and writing children’s fiction in her brownstone. Joe lives in the same neighborhood and is seen making deals in his father’s penthouse office, shaking martinis on his houseboat or at the gym with his sensible sidekick played by Dave Chappelle. Ironically, their juxtaposing lifestyles collide daily at the nearby Starbucks, where, Joe laments, "...people who don’t know what the hell they’re doing, or who on earth they are can – for only $2.95 – get not just a cup of coffee but an absolutely defining sense of self."

Tom Hanks as Joe Fox is perhaps the most elusive protagonist in rom-com history.

Though Kathleen and Joe are both in long-term relationships when the film begins, they are drawn to connect in an over 30s chatroom. Unbeknownst to either party, while they are falling in love online, they are simultaneously engaged in a war offline over their competing businesses. Joe discovers the truth long before Kathleen, realizing he will have to convince “Shopgirl” that “NY152” is the only man she could ever possibly love before revealing his true identity. The dance begins, and the second half of the movie is full of chance encounters that build the pair’s chemistry.

You’ve Got Mail opened in December of 1998, but the story is timeless.

Unapologetic capitalist Joe does not lose any sleep over putting Kathleen’s small, “over-priced” bookstore out of business, and Kathleen in turn wages a war via the local media with the help of her left-leaning boyfriend who happens to write for the New York Observer. Not knowing “Shopgirl’s” rage is directed at him, Joe encourages her to fight for her business and values during their evening chats. Behind the computer screen, removed from the complexities of daily life, the rival pair discover they are, in fact, not that different. Each spends their days looking forward to their online exchanges, with Kelly revealing, "I turn on my computer. I wait impatiently as it connects. I go online, and my breath catches in my chest until I hear three little words: You've got mail."

Grab some popcorn, unwind and stream "You’ve Got Mail" on HBO Max now!

Television has given us so many stand-up, stalwart TV dads ...