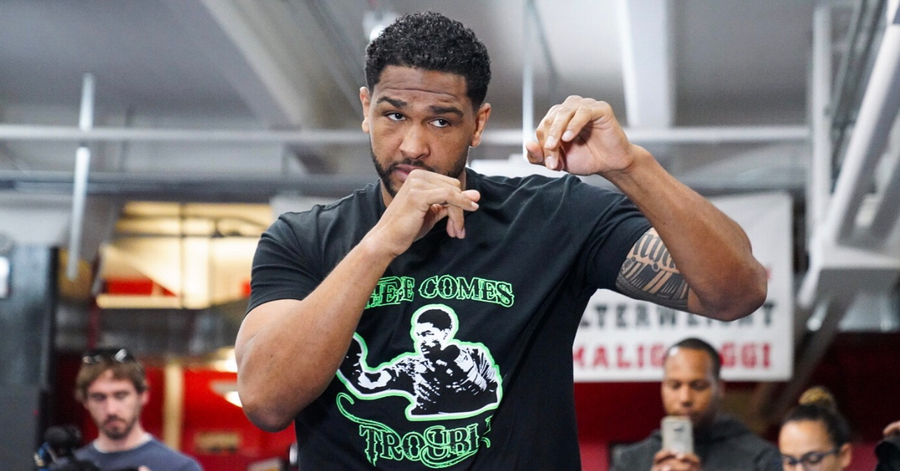 Dominic "Trouble" Breazeale looms large in the ring. At 6’7” and 252 pounds, he rarely encounters anyone his size. His punches are descending sledgehammers aimed at opponents’ jawline. But the veteran slugger will need all of his size and skill when he faces undefeated WBC Heavyweight Champion Deontay “The Bronze Bomber” Wilder (40-0-1, 39 KOs) on Saturday night at Barclays Center.
Despite his underdog status, Breazeale displays a calm confidence. After all, the former college football quarterback is on something of a roll. He has recorded three consecutive knockouts since succumbing to the powerful fists of heavyweight champion Anthony Joshua in 2016, a fight Breazeale has said taught him more than any of his wins, particularly the value of a strong jab. The California native and former Olympian believes he is a renewed fighter, smarter in the ring, and more dangerous than ever.
It shows. Following the Joshua fight, Breazeale finished then-undefeated Izuagbe Ugonoh with a fifth round KO that sent Ugonoh through the ropes. The third round of that fight garnered round of the year honors from Ring Magazine. He followed that win with an eighth-round knockdown and stoppage of Eric Molina. In Breazeale’s last bout in December, he KO'ed Carlos Negron with a devastating right in the ninth round. 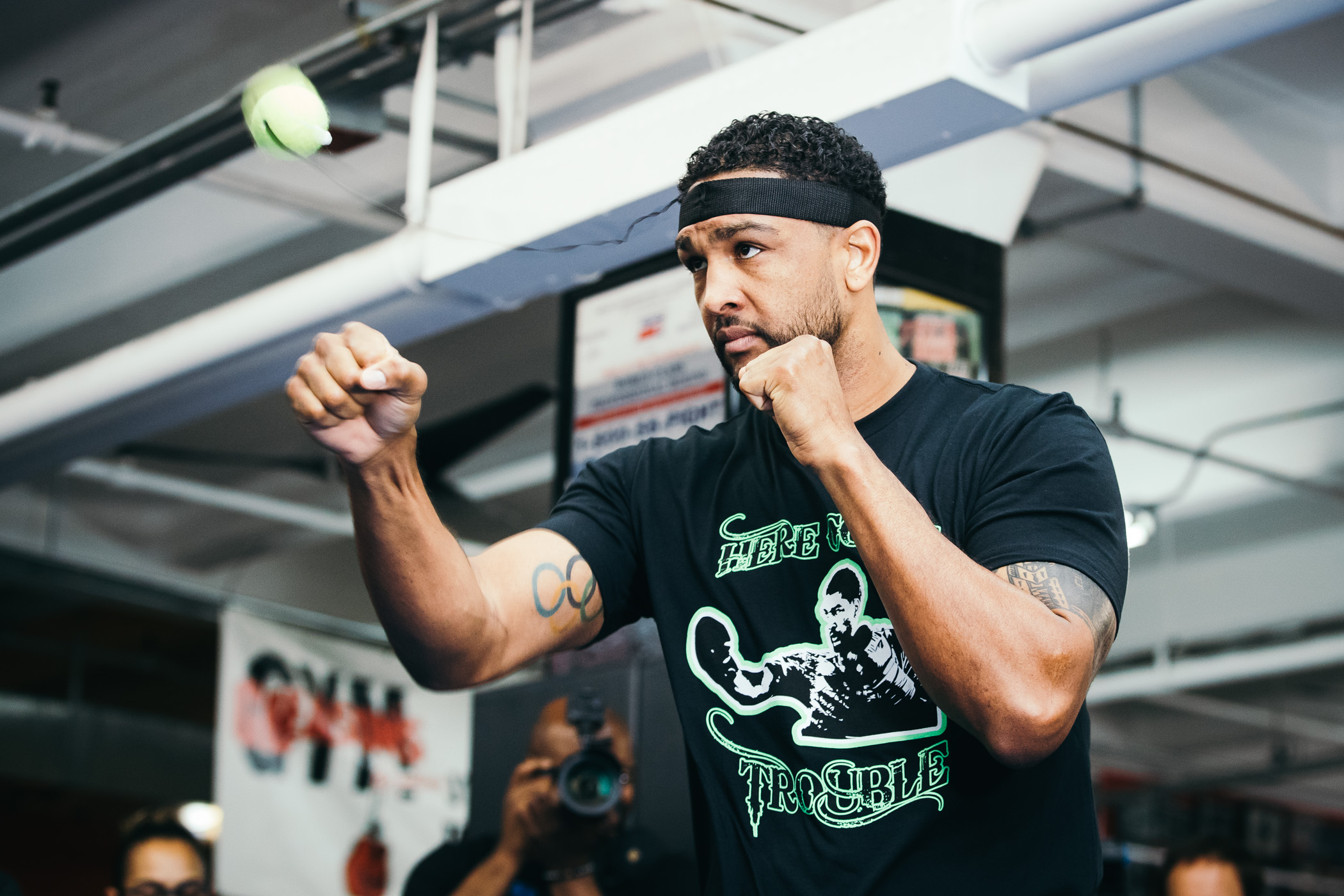 Yet despite his large frame, he has developed nimble hands. During part of his training routine, he repeatedly strikes a moving tennis ball to sharpen his hand-eye coordination. It is this combination of power and dexterity he hopes to unleash against Wilder on Saturday night. Given that he's already fought for one title, and given the mercurial nature of the division, this may be the 33-year old's last chance at a heavyweight title. Breazeale is keenly aware of the stakes, and plans to make the most of the opportunity.

Advertisement
In contrast to Breazeale’s intimidating size, WBC Featherweight Champion Gary Russell Jr. (29-1, 17 KOs) stands just 5’4 1/2”, but in reality he towers over the featherweight division, rivaled only by fellow 126-pound WBA Featherweight Champion Leo Santa Cruz (35-1-1, 19 KOs). Russell Jr. has some of the fastest hands in the sport, but he also carries the power of a larger fighter. His outsized pop shows in training as his punches resound through the gym as he hits the mitts, catching the attention of those nearby. 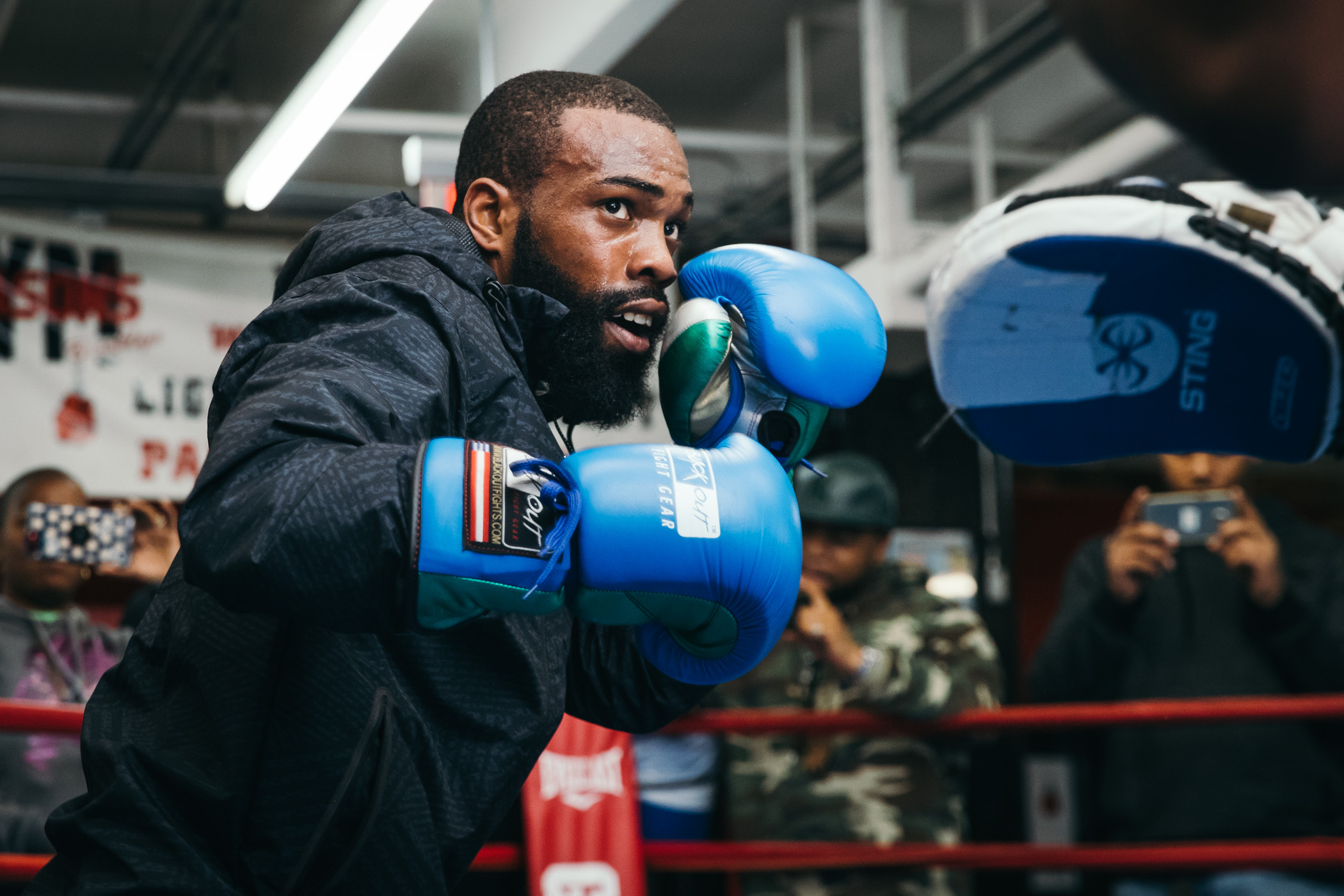 In 2018, the Maryland southpaw displayed his full arsenal of talent in outclassing Joseph Diaz. But because Russell Jr. injured his right hand during the bout, he now wears 20 oz. gloves to protect his hands in training. The caution paid off; the champ says he is fully fit heading into Saturday night's co-feature against former world champion Kiko Martinez (39-8-2, 28 KOs). The Spaniard is known for his rugged, physical style and will likely try to muscle the fleet-footed star. Unfazed, Russell Jr. has told the media he expects and will seek a knockout and would be disappointed without one. He is hoping that a stellar performance against Martinez will finally result in a long-awaited match-up with Santa Cruz, perhaps later in the year.
In any event, Saturday promises to deliver a terrific night of top-flight boxing at Barclays Center. Catch all the action, Saturday, May 18th, at 9PM ET/6PM PT on SHOWTIME CHAMPIONSHIP BOXING on DIRECTV.